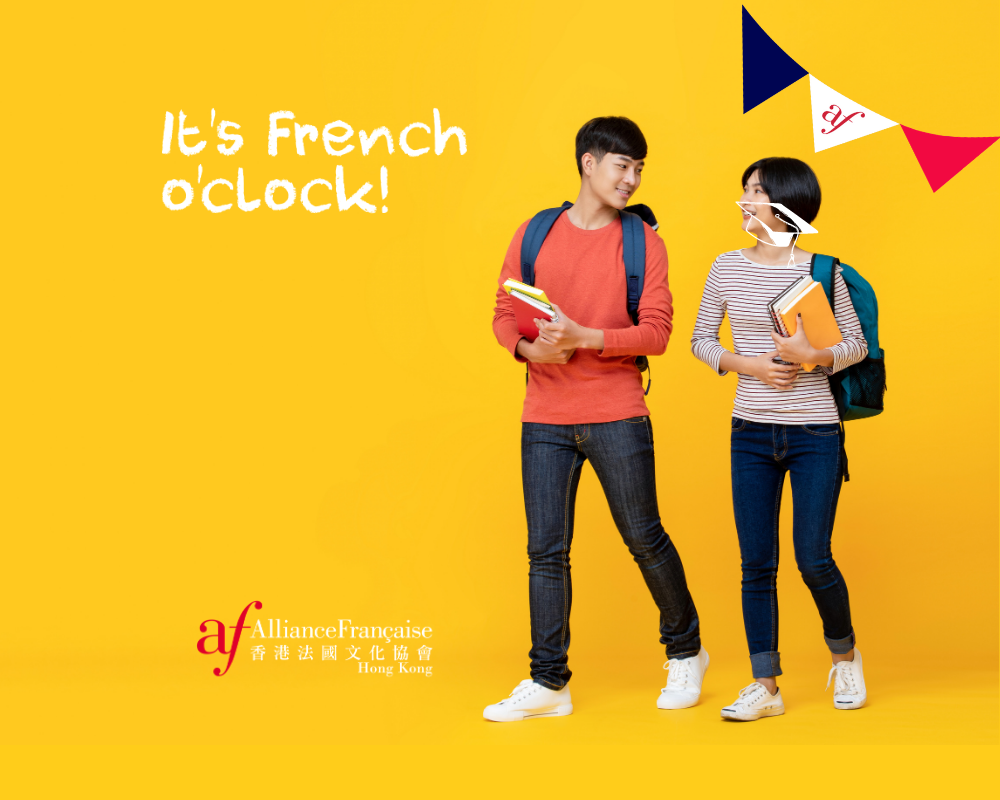 You may not realise it, but we owe much of modern enjoyments in life to the nation of France. As the birthplace of cinema, the French gave rise to several important cinematic movements including La Nouvelle Vague and too many great movies to count; they also revolutionised dressmaking, were the originators of haute couture, and therefore brought us the giant fashion houses which now influence global styles such as Chanel, Dior, Lanvin, Yves Saint Laurent, and Balenciaga. On a more down-to-earth level, we also wouldn’t be enjoying goods such as cheeses and wines, were it not for the gastronomically-inclined French people!

Because of its global relevance and its status as the world’s most romantic language, French remains to this day one of the most popular foreign languages to learn. What better place to do so than with Alliance Française Hong Kong? As part of the world’s largest network of French cultural associations, this really is your premier stop for all things French. Here are five fun facts about the French language that you may not already know!

If you’ve always wanted the clout of knowing “la langue française,” here’s your chance! Alliance Française Hong Kong is now giving away a range of French lessons for their upcoming autumn semester for free. That’s right—loyal Localiiz readers can stand to win one adults’ autumn French course, one teens’ autumn French course for those aged 11 to 17, and one kids’ autumn French course for those aged seven to 11. All you have to do to enter this competition is to answer this simple question below. If you’ve read our article on five fun facts about the French language, then this question should be easy-peasy to answer.

The autumn French course giveaway competition will only run from 11 September to 27 September, so seize this opportunity to learn French and level up your skillset with Alliance Française Hong Kong. As the French say, “Bonne chance!”

This competition is brought to you by Localiiz in partnership with Alliance Française Hong Kong.

1. Competition details form part of these terms and conditions 2. Entry is open to residents of Hong Kong except for employees (and their families) of Localiiz.com (HK) Ltd, the suppliers of the prizes and any other companies associated with the competition. 3. The competition closes on September 27, 2020, at 11.45 pm. The winners will be contacted by September 28, 2020. 4. The prize(s) will be awarded to the entrants who have answered the competition question(s) correctly as judged by the Localiiz judges. 5. Reasonable efforts will be made to contact the winner(s) using the contact information provided by the entrant. If the winner(s) cannot be contacted, or are unable to comply with these terms and conditions, Localiiz.com (Hong Kong) Limited reserves the right to offer the prize to the next eligible entrant. 6. The winner(s) agree(s) to the use of their name and photograph to make a public announcement of the prize award, and will co-operate with any other reasonable requests by Localiiz.com (Hong Kong) Ltd relating to any post-winning publicity. 7. The entrant(s) must be aged 18 or over. 8. Proof of identity and age may be required. 9. All entries must be made directly by the person entering the competition and use of a false name or email address will result in disqualification. 10. Entries made online using methods generated by a script, macro or the use of automated devices will be void. 11. No responsibility can be accepted for entries lost, delayed or corrupted, or due to computer error in transit. 12. The prizes are as stated, are not transferable to another individual and no cash or other alternatives will be offered. 13. The winner(s) is (are) responsible for expenses and arrangements not specifically included in the prizes, including transport to the venue. Prizes are subject to availability and the prize suppliers’ terms and conditions, for example, their opening hours. 14. Failure to respond and/or provide an address for delivery, or failure to meet the eligibility requirements may result in forfeiture of the prize. 15. Where applicable, the decision of the judges is final based on the criteria set out in the promotion and no correspondence will be entered into over this decision. 16. The provider of the prize is specified within the promotional material. 17. In the event of a discrepancy between these standard terms and conditions and the details in the promotional material (or any other terms and conditions provided/referred to at the time of entry), the details of the promotional material (and any other terms and conditions provided/referred to at the time of entry) shall prevail. 18. The competition organiser is Localiiz.com (Hong Kong) Limited, 9/F, Unit B&C, Casey Building, 38 Lok Ku Road, Sheung Wan, Hong Kong. 19. A list of winners will be available by writing into the organiser no earlier than six weeks (unless otherwise stated) after the close of the competition. Only the surname of the winners will be disclosed. 20. Packaging of the prize may not be the same as shown in this article, and subject to change 21. Prize to be redeemed before the December 31, 2020, excluding Public Holidays.

Enjoy a 10% discount on white wines from One Cellar Hong Kong!

Set sail on a “cruisecation” aboard Spectrum of the Seas!

Get 10% off Sai Kung Scuba’s PADI courses and fun dives!