4 things to expect when staying at K11 Artus

With international travel being what it is, it’s no wonder staycations have skyrocketed in popularity. But staycations inevitably come to an end, so what do you do when the party’s over? If you’re on the market for a new residence, one option is K11 Artus, the luxury hybrid residential development masterminded by the founder of K11 Group, Adrian Cheng. There are 287 residences—ranging from compact but cushy studios to jaw-dropping designer penthouses—in total, which are all available for short- or long-term stays.

In the interest of journalistic research, we recently stayed at one of the residences in order to give you the lowdown on all the features and perks of living at K11 Artus. 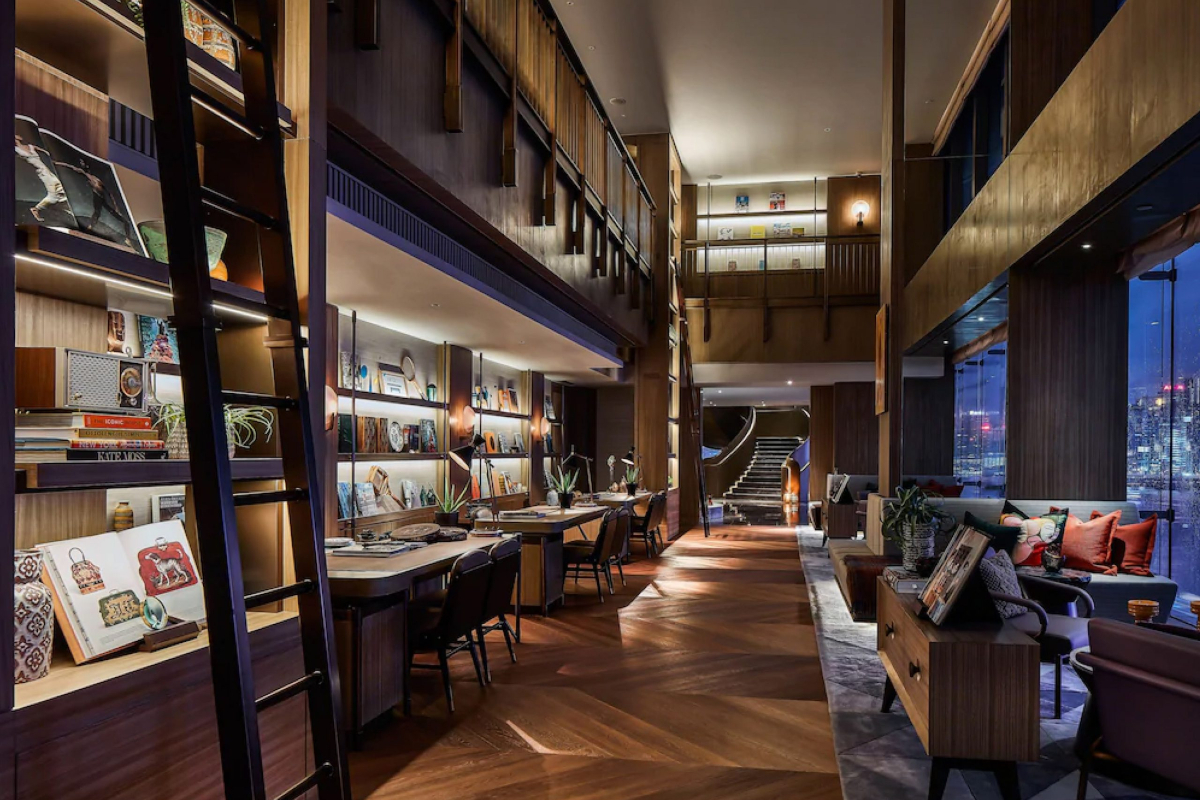 In keeping with his previous K11 developments, Cheng has infused the project with a combination of world-class design, as well as Chinese art and craftsmanship. The entrepreneur tapped an all-star line-up of design talents to bring K11 Artus to life, including homegrown heavyweight André Fu, who previously designed Galerie Perrotin, the Agnes B flagship store in IFC, and Akira Back in Seoul.

The two-storey Social Salon, designed by Fu, is a beautiful mixed-use space designed for rest, work, and entertainment, with a look that’s similar to how we’d picture a twentieth-century explorer’s library—spiral staircase and all. The majority of the rooms were also overseen by Fu, whose neutral-toned palette and understated urban design is accented by colourful Guangcai (Canton enamel porcelain), and quite often panoramic harbour views from the curved balconies. 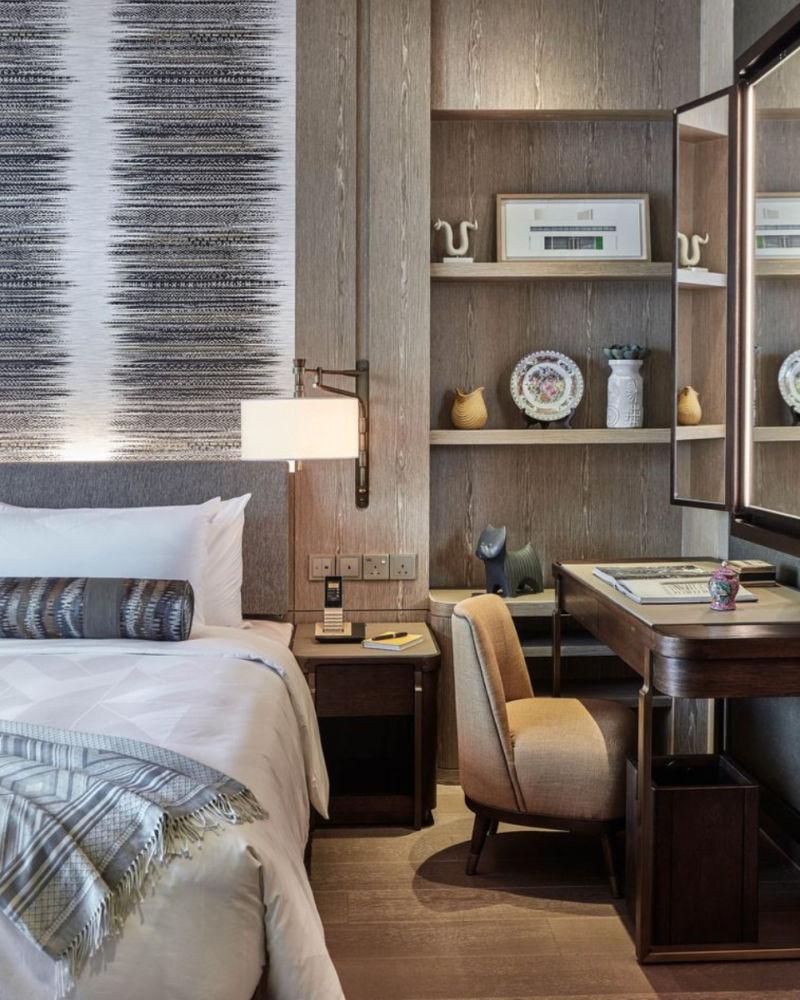 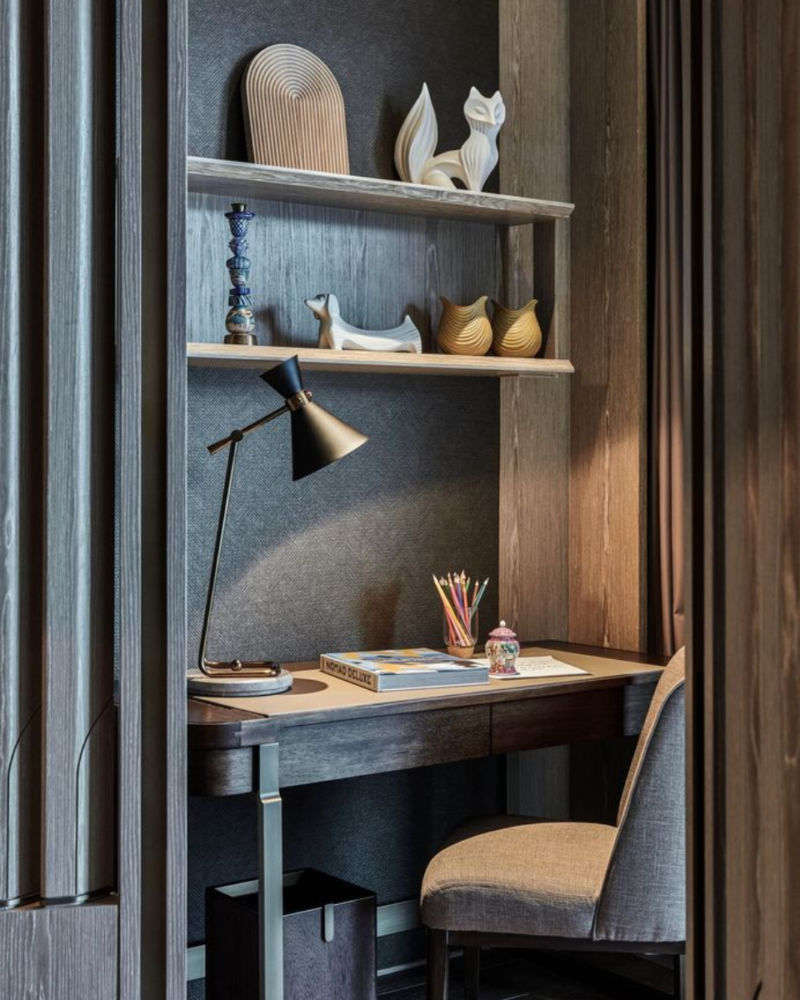 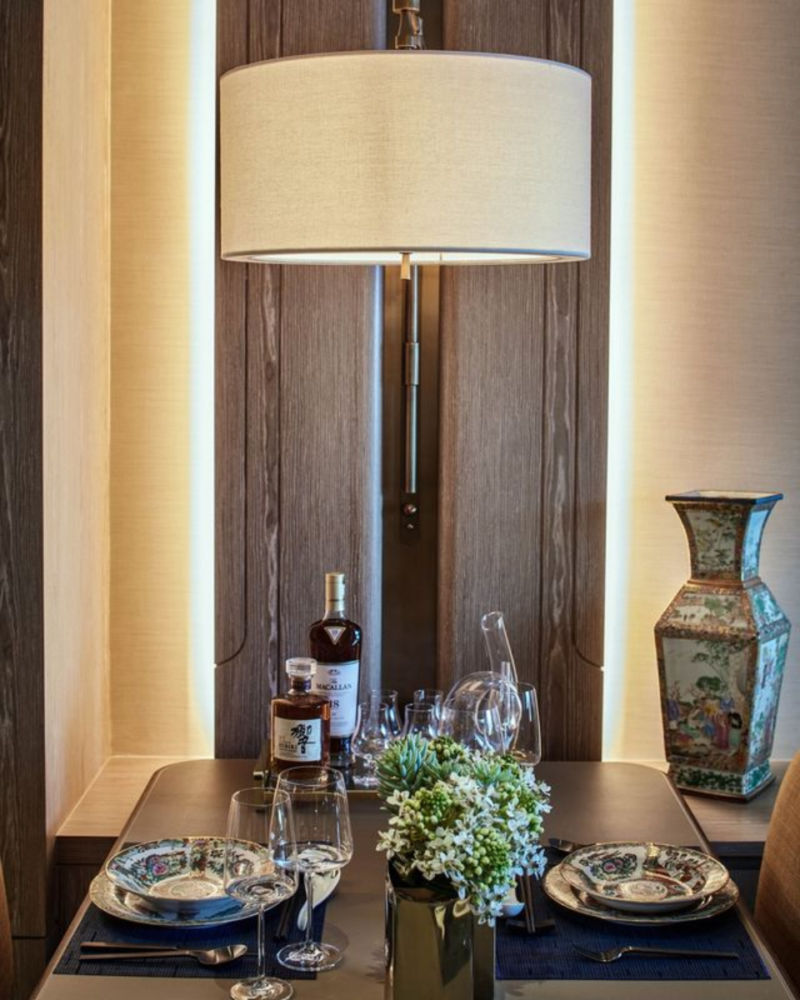 Despite the fact that they’re marketed as studios, the smallest residences on offer at K11 Artus are still large by Hong Kong standards, with sizes starting from 510-square-feet. The residences are generally spacious, however, with about 80 percent of the residences categorised as “large suites.” The standard non-penthouse residences go all the way up to three-bedroom options, with the largest measuring 1,921-square-feet.

And with each residence boasting a wraparound balcony, washer-dryer, well-equipped kitchenette, king-sized bed, and walk-in closet, even K11 Artus’s smallest studio is a good deal more luxurious than the average Hong Kong flat. Throw in their built-in cleaning and concierge services, and you’ve got yourself a year-round staycation. 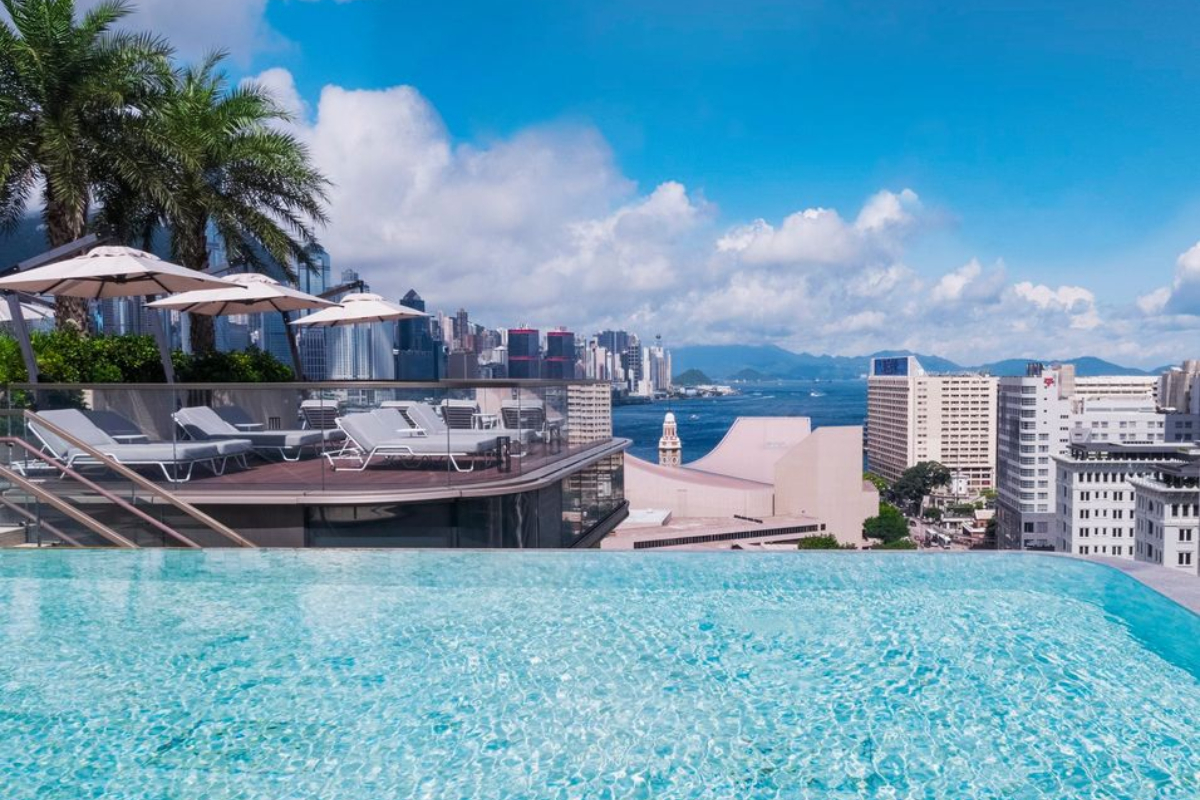 As befitting a luxury stay, the service at K11 Artus is personable and attentive, but non-obtrusive from the reception to the bars and restaurants. However, where their service really stands out is in its convenience—you can make a variety of requests on their smart IPTV or reach their “intuitive” digital concierge Artus Amici via email, WhatsApp, WeChat, and Facebook Messenger.

The property is not short on physical amenities either, with the lobby-adjacent Social Salon comprising a restaurant—The Commune—and the aforementioned library, which invites residents to partake in literary contemplation. On the eleventh floor, you’ll also find a compact-but-comprehensive 24-hour gym, a personal training studio, and 25-metre-long infinity pool overlooking views of Kowloon and the harbour. 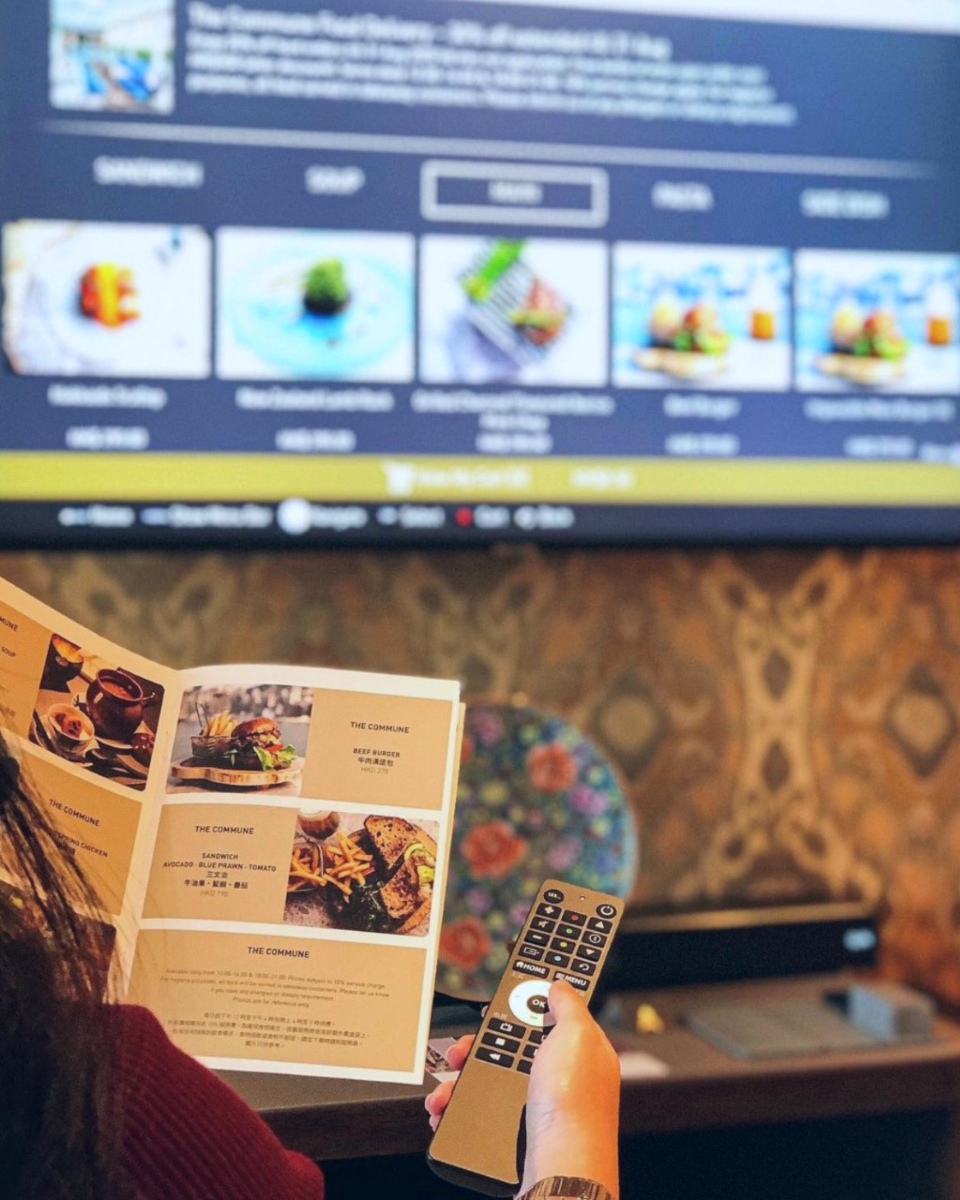 Of the property’s on-site eateries, The Commune (a co-working space and restaurant) has the most substantial menu, offering a combination of Chinese and European fare at regular mealtimes.

K11 Artus’s real edge, however, lies in its proximity to Cheng’s adjoining property, K11 Musea. Using your room’s IPTV, you can order food from a wide range of participating restaurants from the neighbouring “retail museum”, including Future Bar by Green Common, Kiki Noodle Bar, and Chatterbox Café. Those who are used to obsessively tracking their Foodpanda and Deliveroo orders by GPS will be comforted to know that K11 Artus’s built-in food delivery system also keeps you updated at every stage. Also, since your credit card information is already on file, there’s no need to faff around putting in your CVV.

In the event that your favourite K11 Musea eatery isn’t one of the partner restaurants, you can take solace in the fact that it’s only a few (air-conditioned) minutes away. 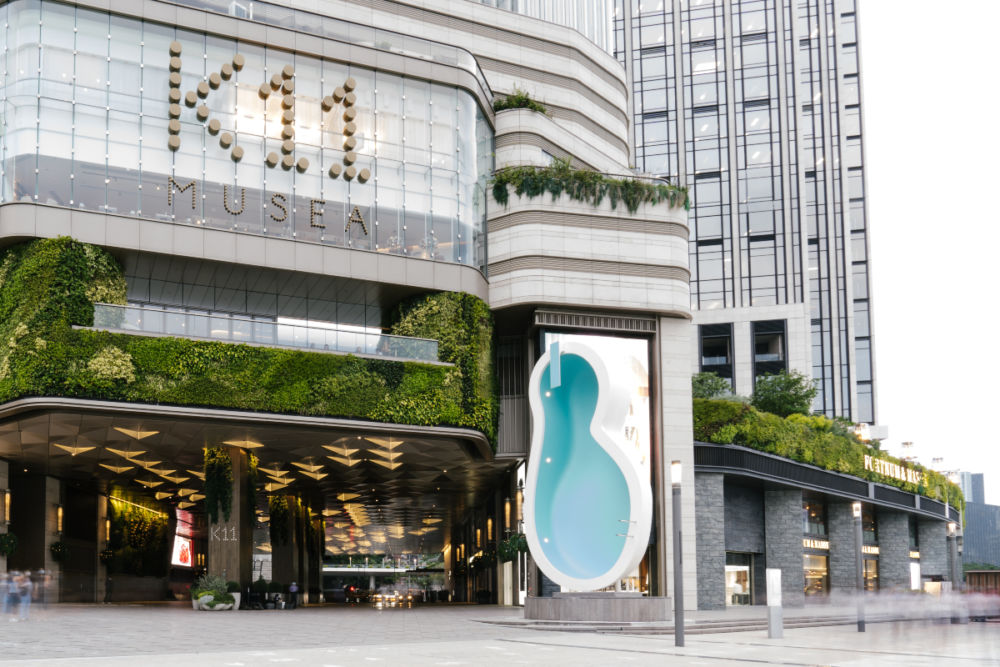 If your interest has been piqued (but you’re not ready to commit to a long-term lease just yet), then you’re in luck. To celebrate the one-year anniversary of Victoria Dockside, K11 Artus is offering special shopping and dining credits totalling over $1,500 in value when you book a stay between now and 9 November 2020 on their official website. They’ve also revealed a special anniversary staycation package, which includes one night’s stay at K11 Artus, complimentary breakfast, a guided art and cultural tour, a limited-edition miniature of Van Gogh’s Ear (the sculpture which is being displayed outside K11 Musea as part of the anniversary celebrations), and more. 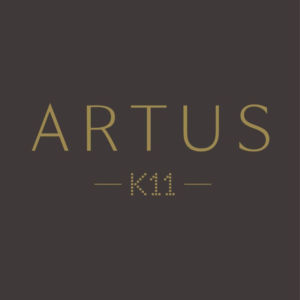 Opened in the summer of 2019, this luxury hybrid residence combines the top-tier hospitality of world-class hotels with the amenities of serviced residences. Located conveniently atop K11 Musea on the Tsim Sha Tsui waterfront, this 14-storey residence offers 287 rooms, spanning 70 layouts across different categories, which can be tailored for each resident’s individual needs.