Your guide to investing in UK property outside of London

Potential property investors in the UK often just single out London and make the mistake of brushing off the rest of the country. London is undoubtedly one of the best cities in the world and we love it to bits, but there are several other major cities in the UK which are just as lucrative and at a fraction of the cost of London property. These are cities which concurrently boast a large population, a flourishing economy with high employment, and stellar educational institutes good enough to rival the capital city.

As municipalities due to receive a huge boost from the upcoming HS2 system, we break down three major British cities at the forefront of the growth trajectories: Birmingham, Leeds, and Manchester—and analyse how they are excellent investment destinations. 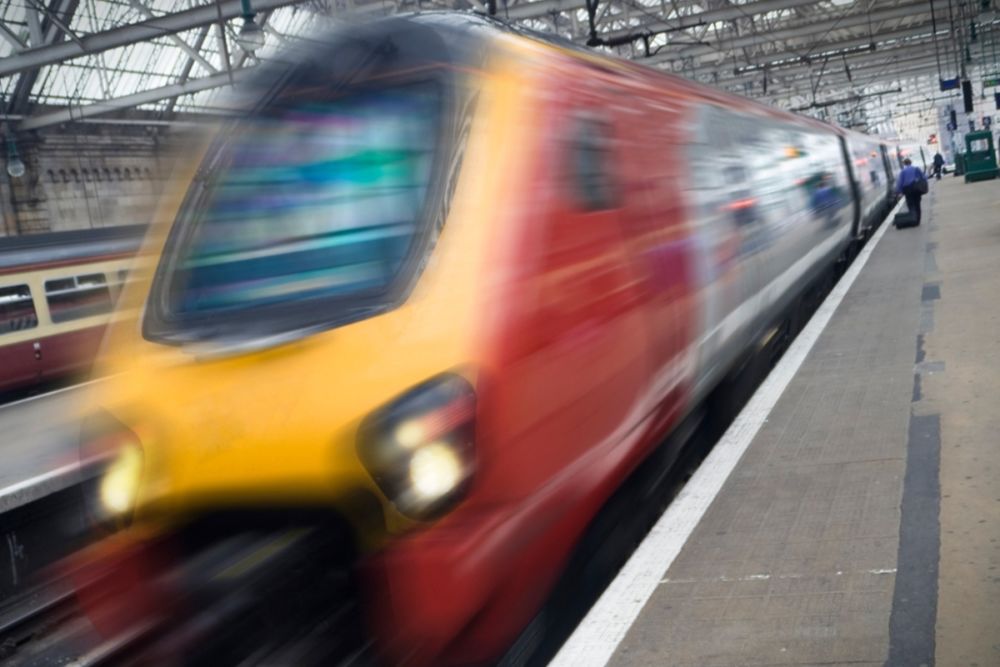 The largest infrastructure project in Europe, High Speed 2 (HS2) is the UK’s proposed high-speed rail system, recently given the green light for construction by prime minister Boris Johnson. The project is based on the success of Japan’s Tōkaidō Shinkansen train system and was originally proposed a decade ago by the Labour party. With trains travelling at up to 250 miles-per-hour, journey times between London, the Midlands, and further north will be drastically shortened. The train ride from London to Birmingham currently takes approximately an hour and a half; however, with HS2, the journey will be cut down to almost half the time.

From Birmingham, the route splits to reach Manchester and Leeds, where they will continue on to Edinburgh and Glasgow in Scotland. The HS2 will also triple the current capacity of trains along the route, with departures up to 14 times an hour. Approximately 30 million people countrywide will be connected with this new rail network of 25 stations. This means that almost half of the UK population, and its largest cities, will be directly serviced with thousands more jobs created.

The first London–Birmingham phase is scheduled to begin service in 2028, however housing prices near the HS2 stations have already shown signs of growth. Surging demand is expected to drive long-term rises in property prices along the HS2 route, and this is just the beginning. 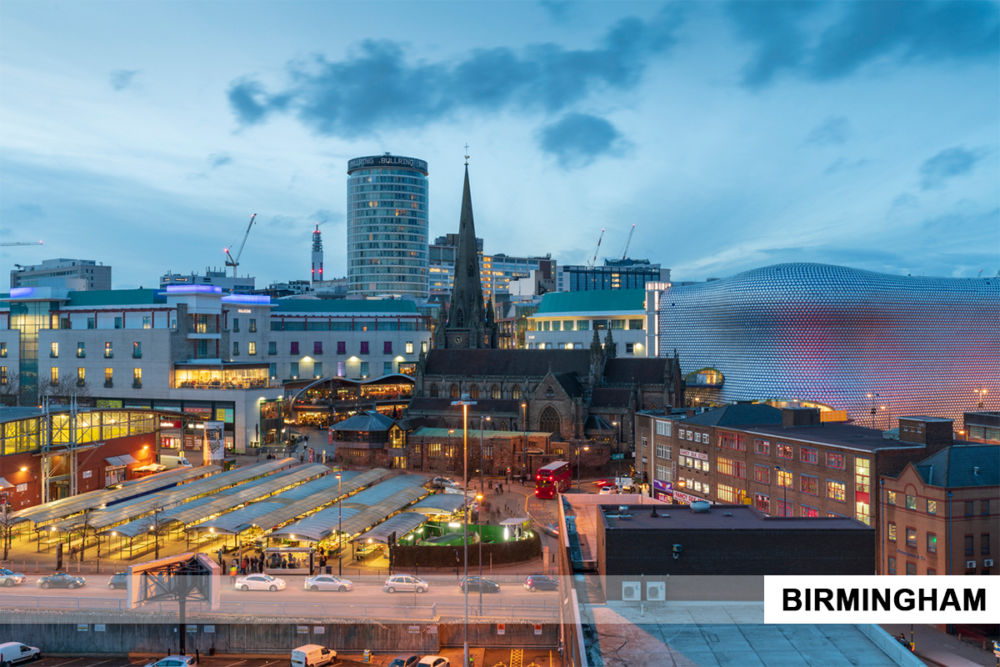 As the second-largest city in Britain, Birmingham is the first location to benefit from this rail infrastructure plan. At the heart of this regeneration is a major Big City Development Masterplan, centred around the arrival of the HS2 to the city.

Delivering this huge rail infrastructure across the Curzon area will further drive growth and regeneration. It is anticipated to develop over 600,000 square metres of commercial space, 4,000 homes, 36,000 jobs, and attract over £1.7 billion of private sector funding. The City Council has also worked with local enterprise partnerships to launch the investment plan, showing their commitment to the long-term delivery of growth by maximising the positive impacts of the HS2.

Since the announcement of the project in 2009, Birmingham has seen a steady increase in investments. Foreign direct investments have seen an average annual growth rate of 12 percent between 2011 and 2017. Since 2013, Deutsche Bank has expanded operations to the city, with HSBC shortly following suit, providing more than 4,000 jobs. Earlier this year, PwC also opened an office in Birmingham, its second-largest UK, with the promise of 1,000 new jobs by 2021.

Unsurprisingly, the HS2 rail infrastructure will have a huge impact on property in Birmingham. Two subsidiaries of luxury real estate company Berkeley Group have already committed a £300 million investment to build two mixed-use complexes, which will include the city’s tallest residential tower. As an area that is still considered up-and-coming, Birmingham has a current affordability ratio of 5.6x, and the latest forecasts anticipate housing prices to increase by 15.9 percent by 2023. If there’s a right time to buy in this city, it is now. Already there are property investors and home seekers jumping at the opportunity. 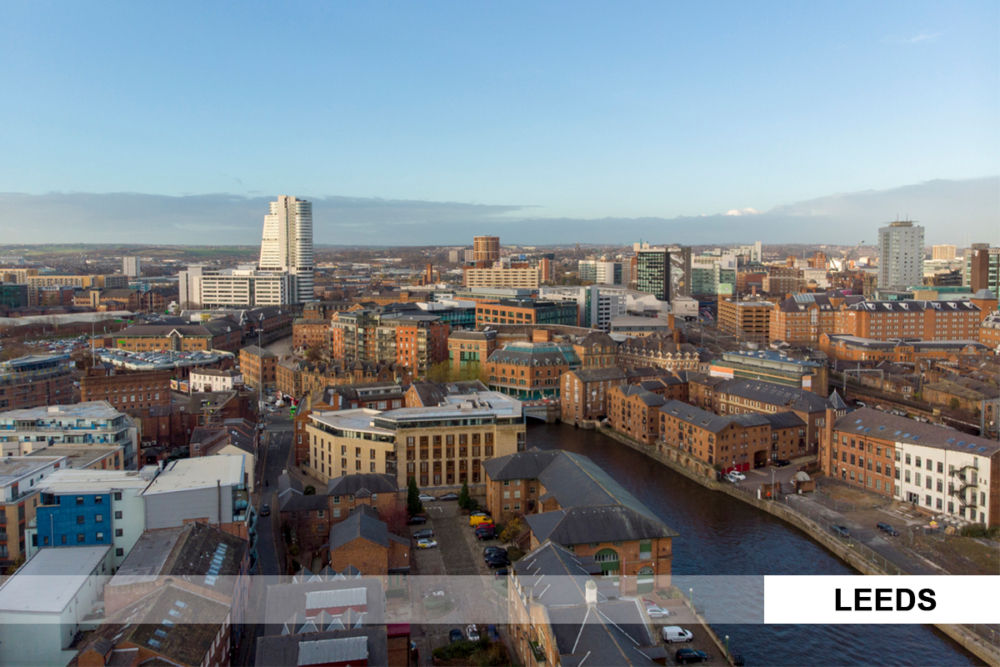 One of Yorkshire’s largest cities, Leeds is set to benefit highly from the HS2, which will significantly improve transport links to the Midlands and beyond. Phase 2 of the infrastructure plan will see the rail line splitting from Birmingham to head north to Leeds, and northwest to Manchester or Wigan.

The existing inequality between London and the rest of these big cities will be significantly marginalised through better connectivity to the rest of the country. Right now, going from Leicester in the East Midlands to Leeds in West Yorkshire will require either a two-hour drive or a dual-legged train ride with a change in Sheffield. The HS2 will integrate with the Northern Powerhouse Rail and the new East Midlands’ Toton station, making the same trip between Leeds and Leicester only a nifty 45 minutes.

Leeds is already a huge contributor to the UK’s economy, second only to London. Its 120,000 businesses in the local area generate a total GVA in excess of £60 billion. The population in this city is currently around 795,000 and is expected to increase by five percent by 2029. Leeds’ multiple acclaimed universities will likely attract more students both locally and abroad when the HS2 is fully functional. The city seems set to become an even more attractive place to live, study, work, and commute to and from.

Additionally, over £500 million in investments have already been attracted to Leeds since the announcement of the HS2; Leeds City Region has predicted that this will create approximately 40,000 additional jobs. It will also support the development of Leeds’ South Bank area, which will double the size of the city centre. This regeneration will incorporate over 35,000 jobs, over 8,000 homes, and educational facilities for over 10,000 students, not to mention new public, retail, and commercial spaces as well.

According to recent research, both housing prices and rental growth in the city are expected to increase by 16 percent by 2023. Property prices in Leeds have already jumped by 35.6 percent in the ten years dating back from July 2019. As the exciting prospects of the city’s development grow with the HS2 plans, housing prices and rental rates can only be expected to increase even further. 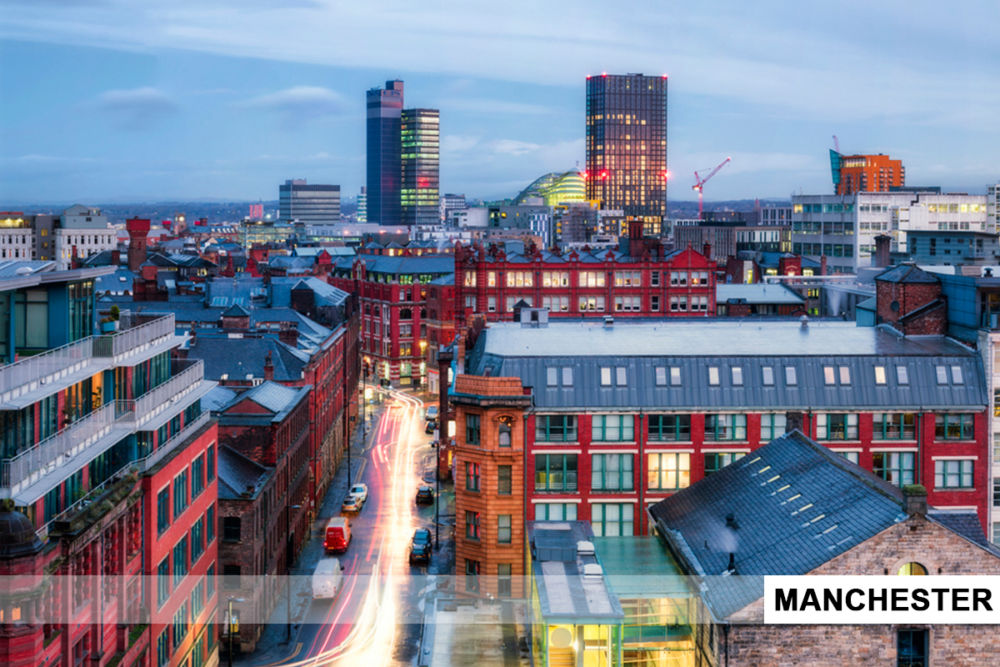 One of the initial arguments for the HS2 scheme was that it would bridge the gap sitting between the south and the north of Britain, bringing jobs, homes, investments, and economic growth to cities other than London. The Northern Powerhouse initiative and Manchester then became one of the key focal points for the Northern Resurgence.

The city of Manchester will also benefit from two HS2 stations: Manchester Piccadilly and Manchester Airport. The redevelopment of Manchester Piccadilly is one of the UK’s biggest development opportunities, expected to create 40,000 new jobs and 13,000 new homes. Aside from improved connectivity with the airport, the area around the Manchester Airport HS2 station will also become a new diverse neighbourhood with housing, offices, and hospitality industries creating the potential for 20,000 jobs over the next decade. Suffice to say that the city’s growth seems set to drive Manchester to greater heights as one of the UK’s top cities.

In recent years, Manchester underwent significant regeneration work, becoming a truly thriving cosmopolitan city. According to the latest research from UK real estate platform Zoopla, housing prices in December 2019 have increased by 4.5 percent year-on-year. This is the fourth-highest increase behind Nottingham, Edinburgh, and Glasgow. Manchester is already the UK’s second-most populous urban area, but with the HS2 route connecting the entire country on a larger scale than ever seen before, its potential growth in years ahead is unprecedented as well.

Investing in the United Kingdom

Are you interested in buying property in the UK? Expand your horizons and look outside London for a far wider scope of opportunities! Whether it be the southern counties, the Midlands, or the North, the whole of Britain is set to get a tremendous growth boost due to the upcoming HS2 rail system infrastructure.

IP Global is a property investment and consultancy company that will be able to help you expand your investment portfolio, with several developments available to buy in Leeds, Birmingham, and Manchester.

They would love to receive feedback so they can tailor their services to your specific interests in buying overseas property. Take two minutes to fill out this survey, and the first 20 participants will receive a €1,000 legal fee rebate voucher via email! Visit their website for more details.

IP Global helps with global real estate investments, providing clients with access to the best opportunities and delivering end-to-end service through every step of the investment journey.