Take a Hike: How to hike to the Big Buddha via West Dog’s Teeth

West Dog’s Teeth on Lantau Island has been dubbed “the hardest hike in Hong Kong,” and although we advise only advanced hikers attempt this trail for the level of scrambling involved, we would rank West Dog’s Teeth high up there in terms of fun, views, and adventure! Here’s how to tackle this challenging hike. 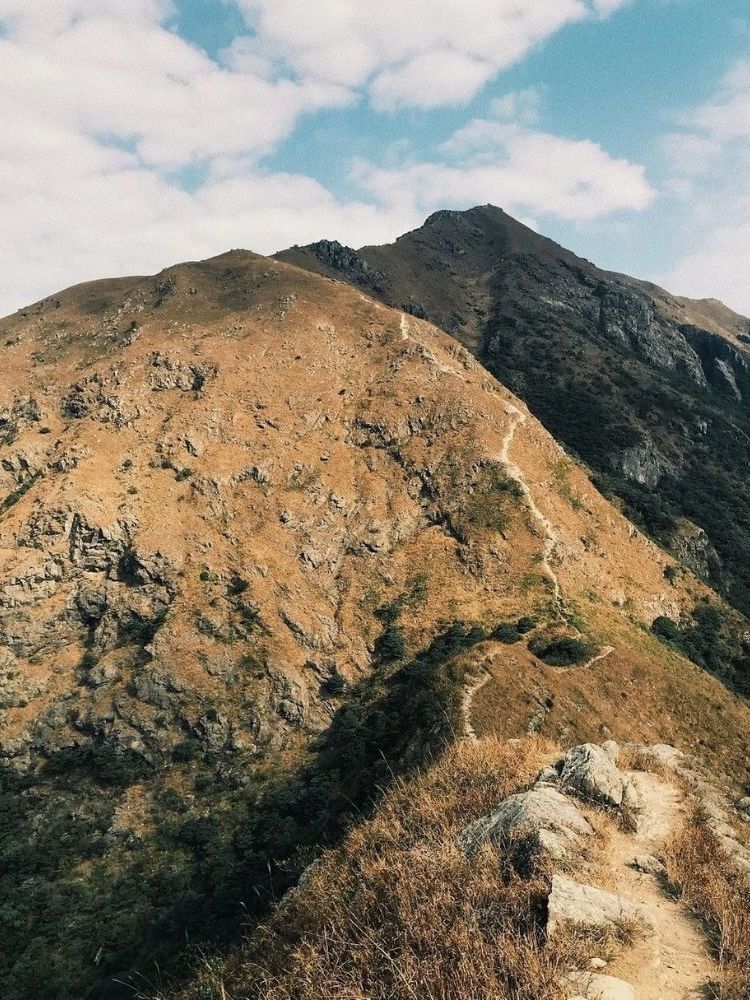 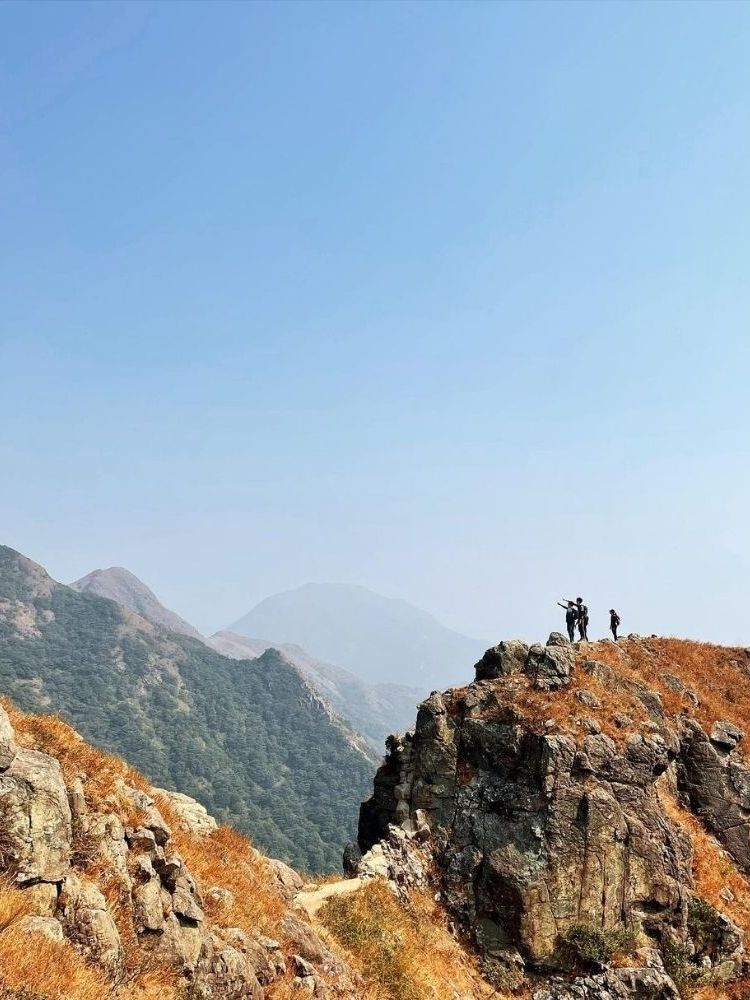 The climb up starts from the Shek Pik Reservoir, which is a part of the Lantau South Country Park, built in 1978. It is one of the 16 high-risk locations for hikers in Hong Kong. Aside from the picturesque views of Shek Pik Reservoir and the mountain range, hikers also go to take photos with the Bird’s Rock.

West Dog’s Teeth is not for the faint-hearted, as it follows a narrow and precarious path at height, and is largely exposed. It is best to do this walk during the winter only, and it is not advised for inexperienced hikers or those with a fear of heights. Those not in peak health are not advised to attempt this hike.

Those of you looking to bring your dogs along to explore with you are only advised to do so if you and your dogs are experienced hikers, and you are capable of lifting your dog to assist them up rocks, as there are some parts that may be too tall for them to climb on their own. You have been warned! Many hikers have perished or suffered from serious injuries doing the Dog’s Teeth Range hikes, so please proceed with caution!

Due to the level of scrambling involved, we advise starting from Shek Pik Country Trail and ending up at The Big Buddha, as the descent towards Ngong Ping involves man-made steps, as opposed to doing this walk in reverse, where you would be faced with a steep downhill slope of scree.

Take a Hike: How to hike to High Island Reser... 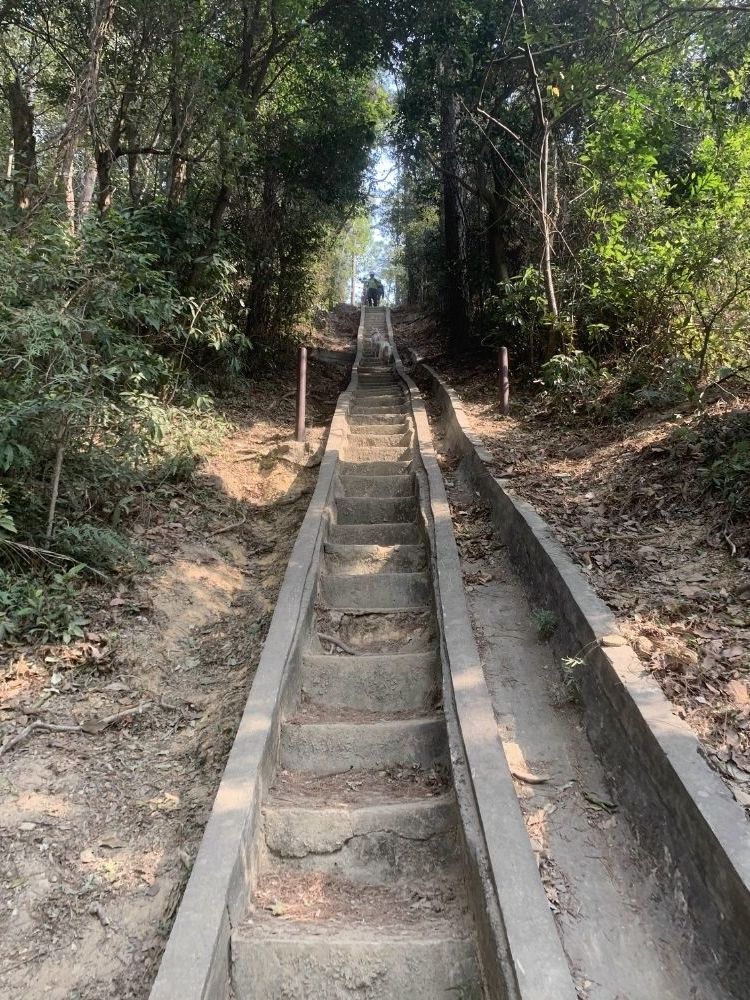 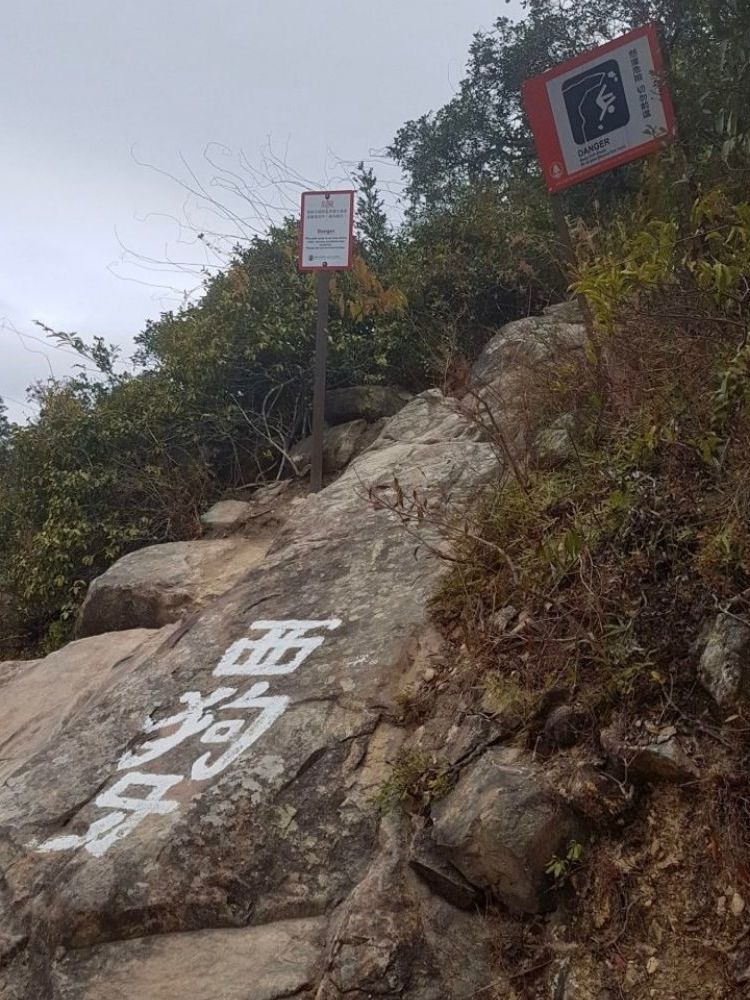 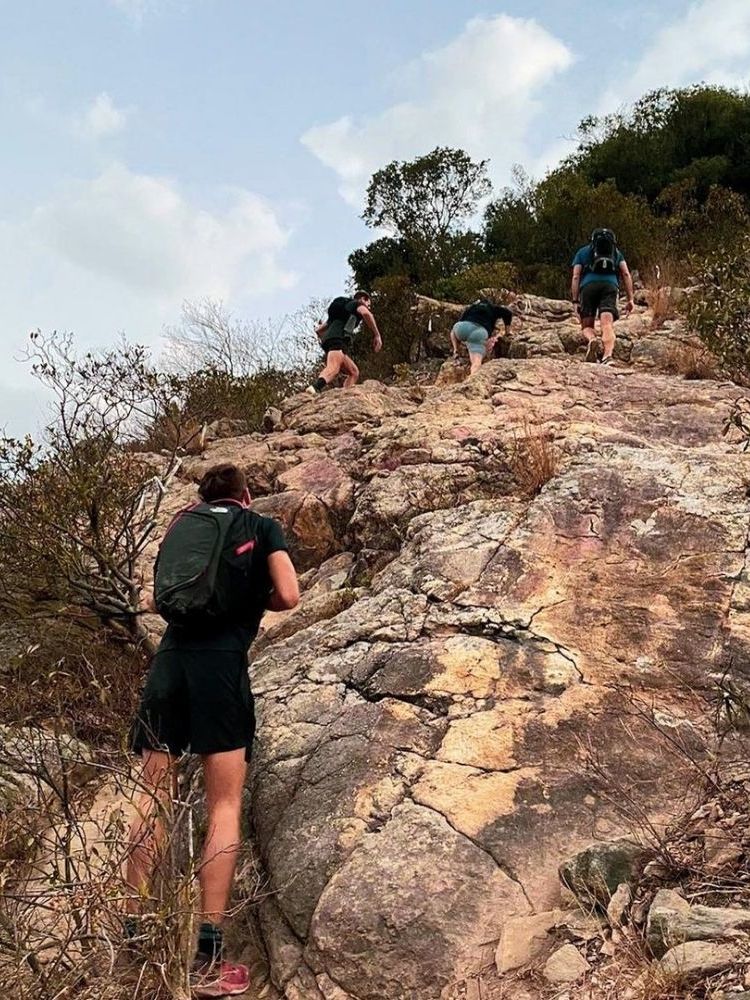 Once you are at Shek Pik Country Park, walk roughly 100 metres to the first bridge and cross the nullah, which will bring you to the start of this trail. There are a few stairs to climb initially, but it eventually flattens out and the first hour of this trail is very easy and flat.

Eventually, you will come across an opening in the trees, and there will be a big rock face to your right, with the Chinese characters “西狗牙,” meaning West Dog’s Teeth. This marks the start of your scrambling ascent. If, for whatever reason, you do not decide to go through with the climb up to West Dog’s Teeth, you may continue along this path, as it will end up at the same location (Wisdom Path). 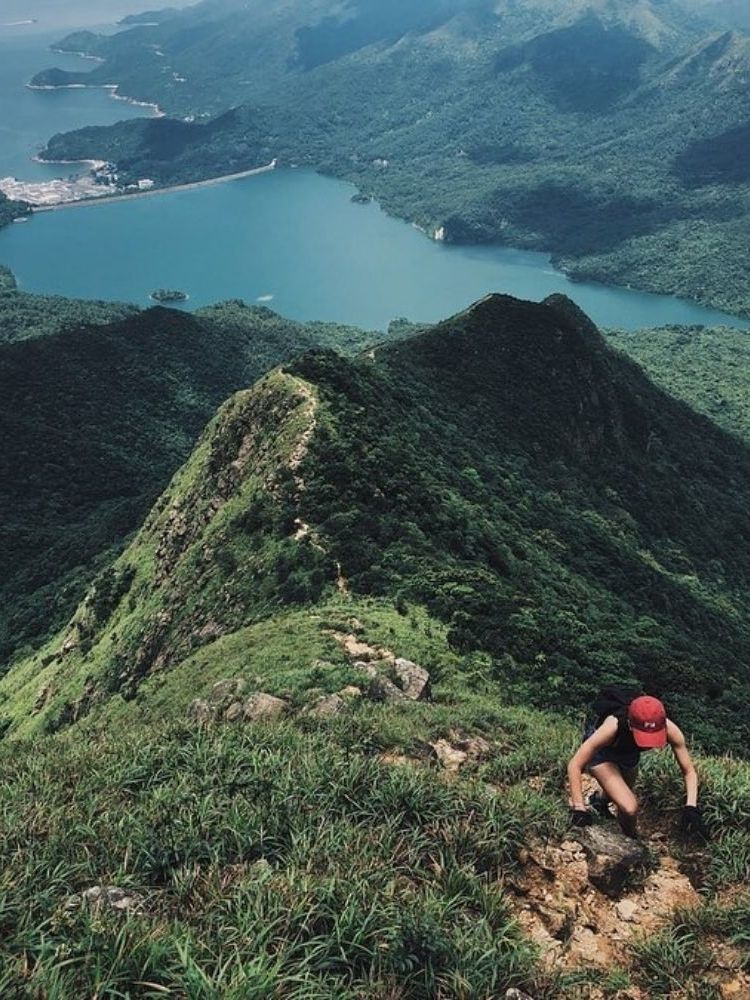 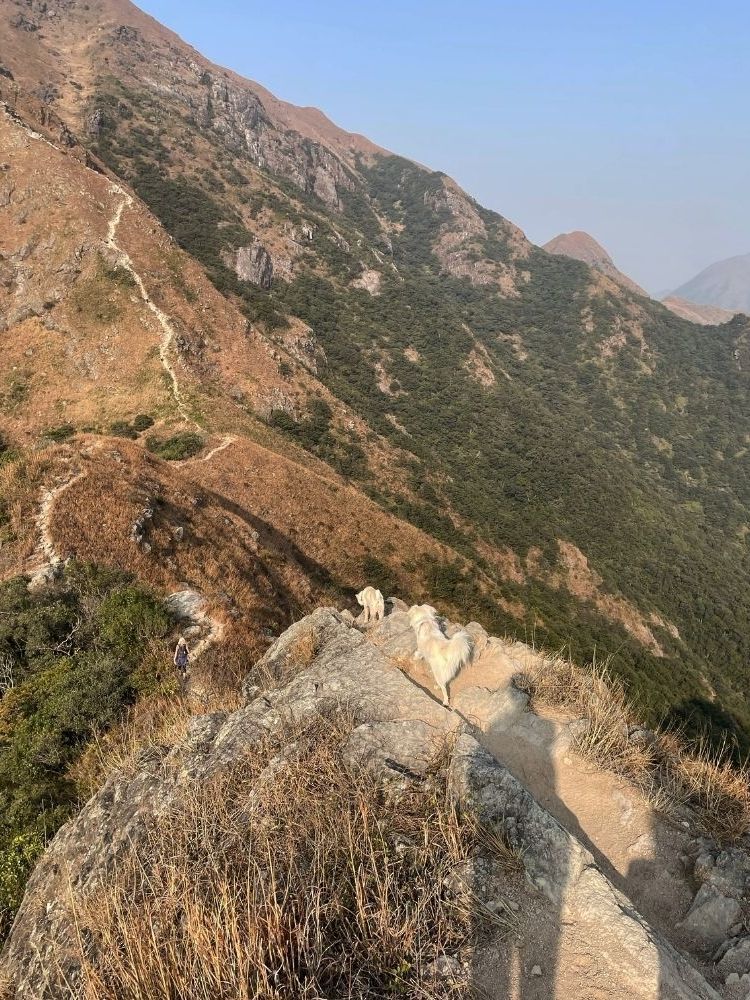 Fortunately, once you’ve passed the marker for West Dog’s Teeth on the rocks, the trail is relatively straight-forward, meaning you can focus all of your efforts to staying on the path and scaling up the hillside. Although looking at the trail ahead, as it climbs over ridge after ridge, seems daunting, it’s surprisingly more manageable than it looks.

Don’t forget to look back every so often for amazing views of the ridge and Shek Pik Reservoir. In total, there are three undulating ridges to cross before you will hit the escarpment, where Middle Dog’s Teeth Ridge meets with West Dog Teeth, via One Lifeline (to your right). If attempting this hike with dogs, it would be best to avoid exploring One Lifeline and just admire it from afar.

Continue to your left, where you will now begin the ascent towards Hong Kong’s second-biggest peak. Do not fear, you are not going all the way to the top. 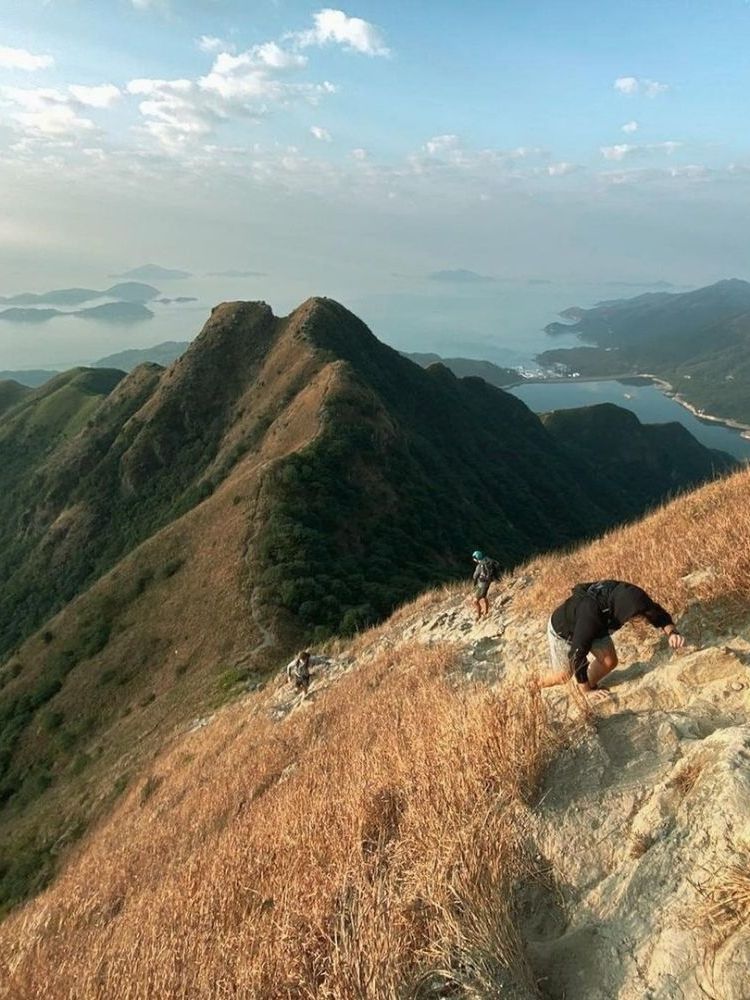 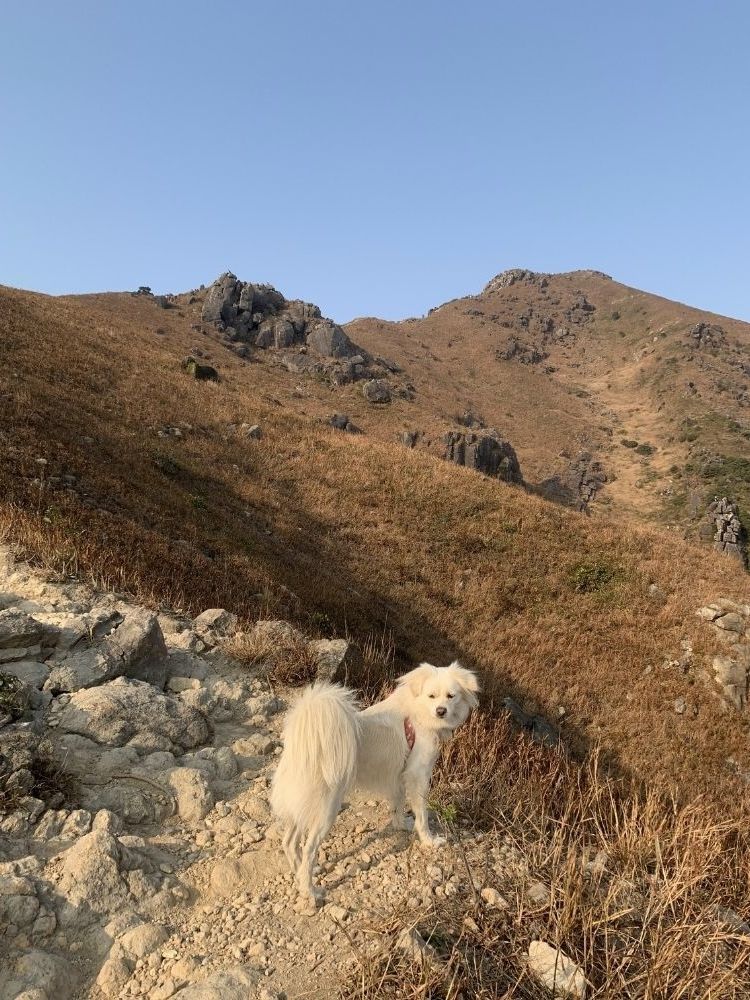 Cluster of rocks near the top of Lantau Peak 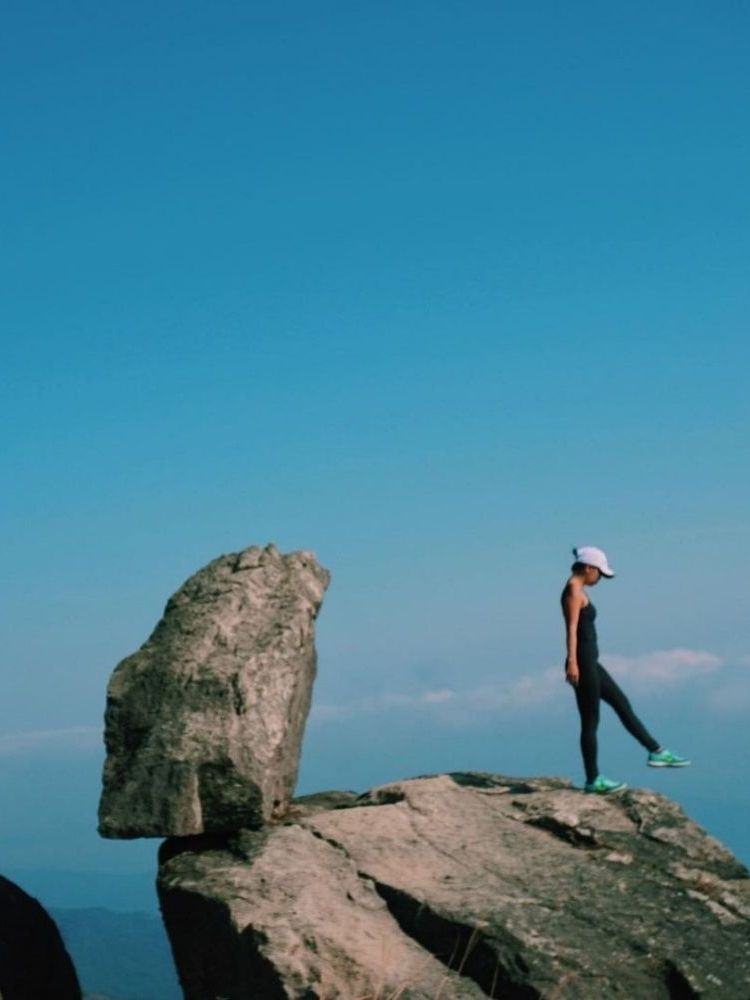 About halfway up, you will come across Hades’s Wall, which offers a good stopping place for a well-deserved break, and a great viewing point of the ridges. If you look up towards Lantau Peak from here, the big cluster of rocks towards the top of the hill is where Bird Rock resides. Once you pass this rock, you are very close to the descent.

After you have passed the cluster of rocks, keep a lookout for some stairs to your left. This will be sign-posted as Ngong Ping. Do not continue straight on towards the top of the peak, unless you wish to visit the summit of Lantau Peak! From this point on, you will begin your gradual descent down some stone steps, which is roughly 30 to 45 minutes away from Wisdom Path. Once you are back on flat land, at the base of Wisdom Path, it’s a 10-minute walk to the Big Buddha, where you can catch the cable cars back to Tung Chung. 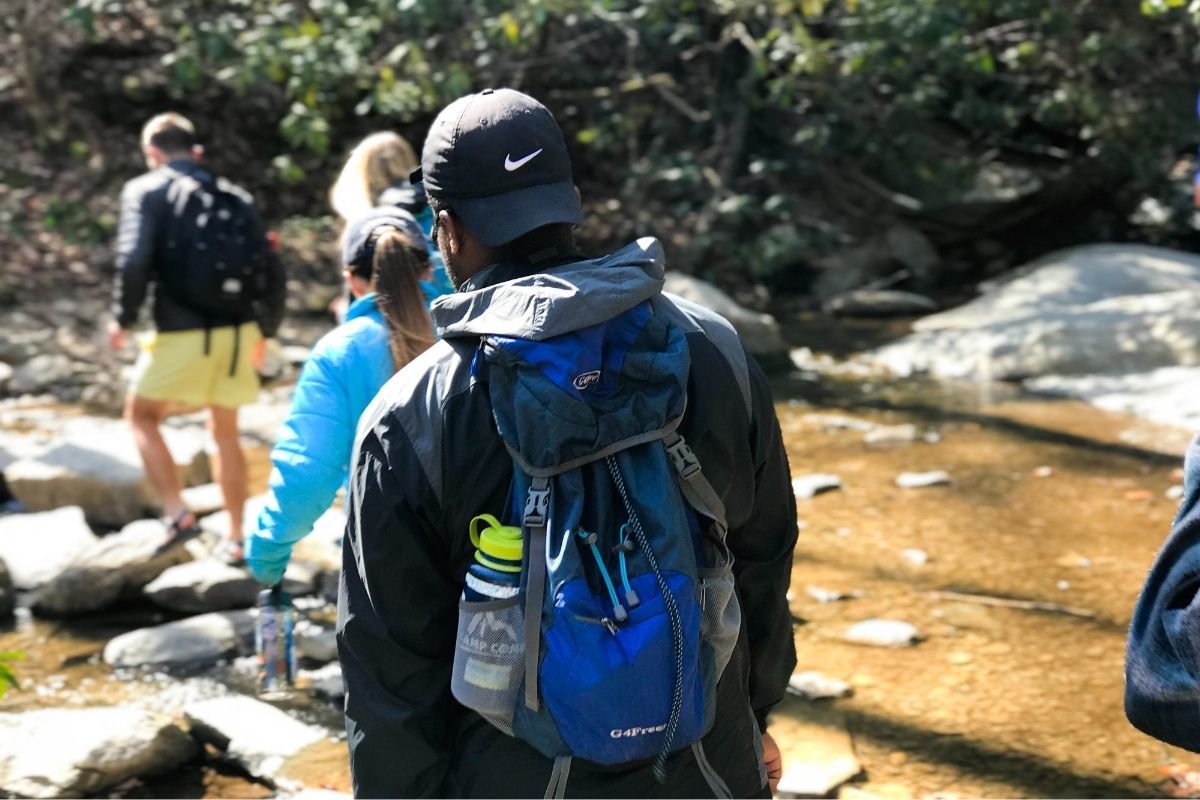 Plenty of water: Depending on the season and time of day you attempt the hike, 1.5 litres per person should be an adequate amount during the winter. We would also recommend bringing a sports drink of some sort, with electrolytes.

Type of clothing: Again, depending on the weather, this trail is rather exposed, so it would be best to bring a waterproof windbreaker to shield you from the winds. If you are attempting this walk outside of winter, which we do not advise, you will need a hat, sunscreen, and probably a change of clothes for after.

A good pair of walking shoes: Don’t wear your old gym shoes from high school with little to no tread. Most of this trail involves climbing, or scaling up hillsides with a powdery surface!

Gloves: A majority of this walk involves scrambling up the hillside using your hands, so some gloves may come in handy (pun intended).

Snacks: As this walk takes five hours (or more) and can be fairly strenuous at certain parts, bringing some snacks to keep you going is a good idea!

Lantau taxi phone numbers: Best to get a few Lantau taxi numbers saved to your phone before you attempt this hike, especially if you are attempting this walk with dogs, as you will not be able to catch the bus or cable cars. 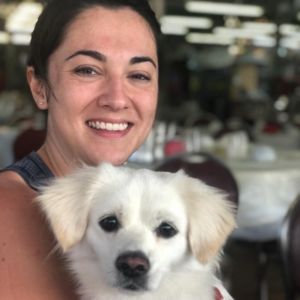