How to clean surfaces hands-free and hassle-free

If you told us a month ago that there is a hands-free and no-hassle way to keep the house clean, we would’ve told you to get your head out of the clouds and put your back into scrubbing the floor and windows with proper soap and disinfectant. But now we think that we might have found the dream product for those amongst us who are allergic to some good ol’ elbow grease.

Developed and designed in Hong Kong, Raze Technology has launched its modified photocatalyst technology, introducing a new way to approach hygiene and sanitation. Lots of big words, but what does it mean? We’re talking sustainable, continuous cleaning with the pure power of light! Considering the recent novel coronavirus outbreak across Hong Kong and shortage of anti-bacterial sanitisers and cleaning products, let’s take a closer look at this alternative and newfangled kind of sanitation. 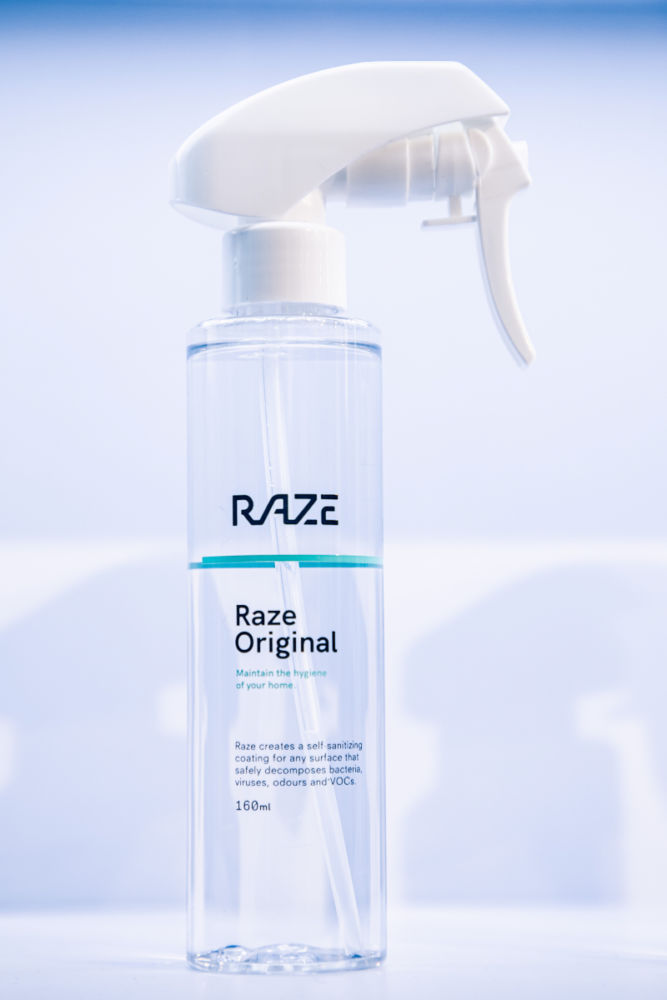 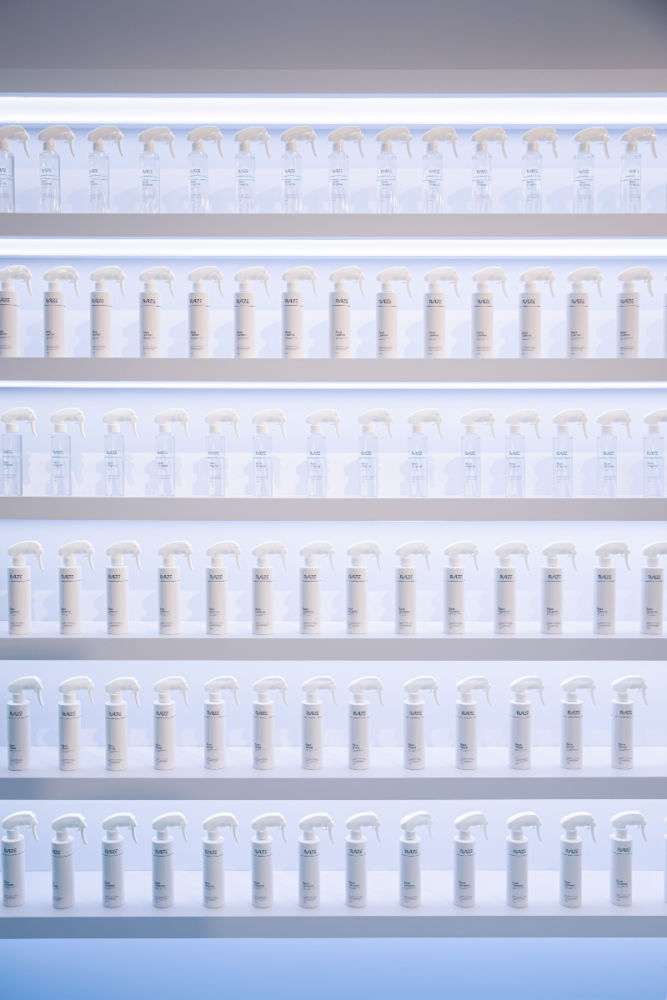 With their Original Spray ($150), you can mist the concoction onto any surface to create a durable, self-sanitising layer. The photocatalysts react to any form of light, releasing electrons and forming reactive oxygen. The reactive oxygen then binds to bacteria, viruses, odours, and volatile organic compounds (VOCs), safely decomposing them into harmless water and carbon dioxide molecules.

Raze’s modified nanoparticles activate with any kind of light (rather than just UV light) and can work for up to eight hours without it. Additionally, the coating can last up to three months, so constant reapplication isn’t an issue. 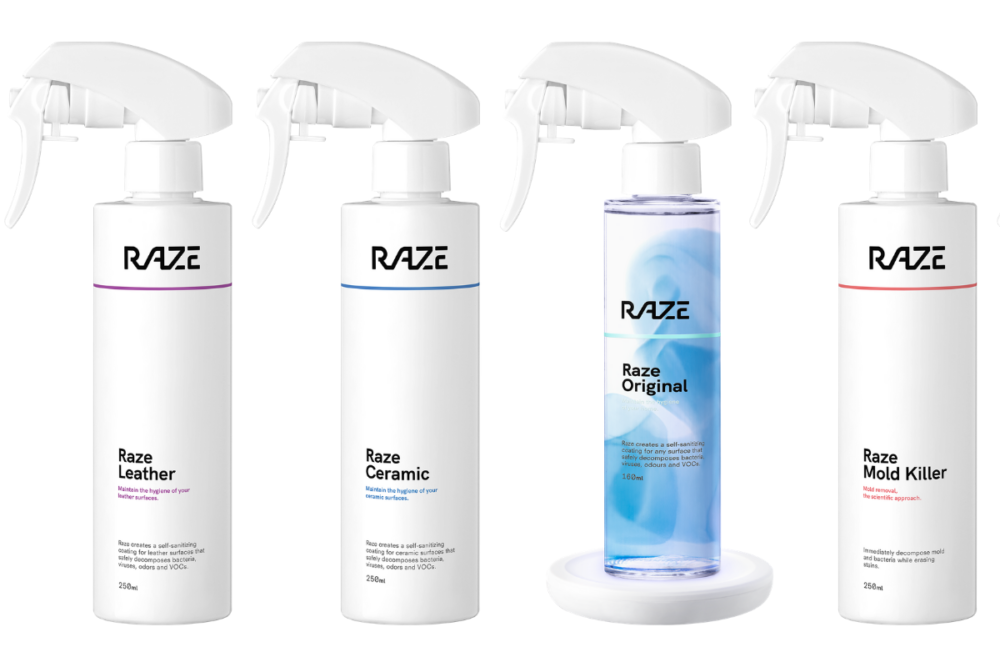 You're a product of your environment. If your surroundings are unhealthy, your health will also deteriorate. Raze takes note of this and aims to help fortify your foundation for wellness, but sanitizing surfaces and purifying the air around it.

Next to their Original Spray, there are also other models that do wonders in unthought-of places teeming with bacteria. We almost don’t want to bring it up, but did you know that every time you settle down onto your sofa, you are pushing the pollutants stored within the sofa’s fabrics into the air? It is a rather disturbing image. With Raze Leather ($130), a thorough coating of spray forms a durable and non-toxic barrier that safely breaks down pollutants, purifying your leather surfaces from the inside out continuously.

Another example would be—you guessed it—the bathroom. Pollutants like mould and bacteria love humid environments, and what’s cosier than your hot and steamy shower? What’s worse, every time you flush your toilet, it plumes, sending pollutants airborne like a gushing volcano! Luckily, Raze Ceramic ($130) is specially designed to form a self-sanitising coating on your bathroom surfaces. 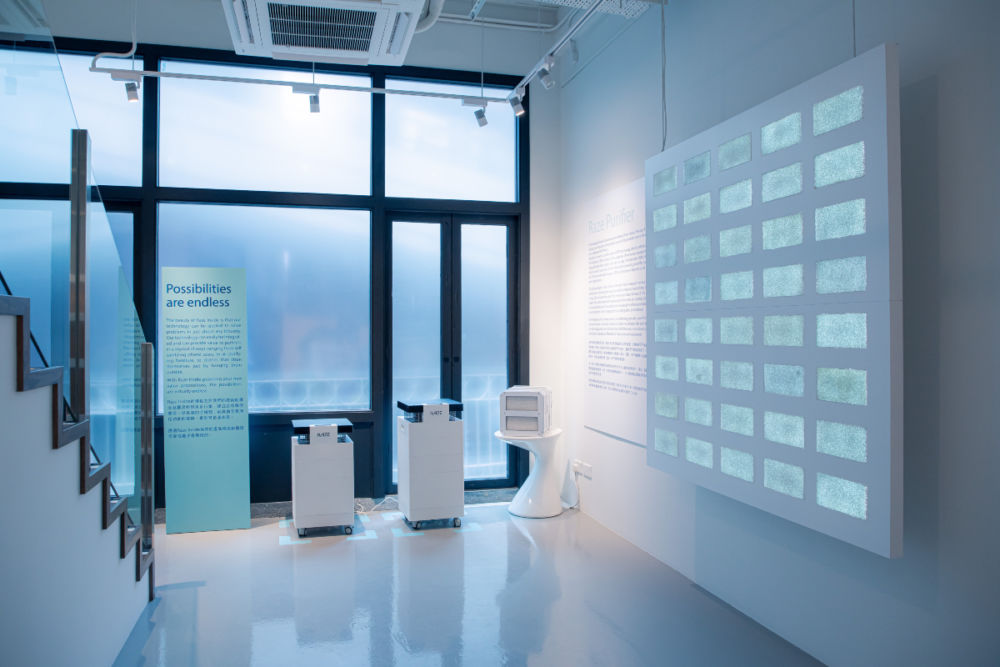 Since then, photocatalysis has been applied to several other industries, including environmental pollution removal, water disinfection, and creating self-sanitising building materials. While its potential benefits remain immense, photocatalysis did not reach mass adoption in mainstream markets because the traditional photocatalyst (titanium dioxide) only performs under UV light exposure, limiting its application.

So what’s changed since then and now? Well, for one, Raze entered the industry. Founded by Vincent Fong and Dr Shuyu Chen, PhD, of Hong Kong University of Science and Technology University, Raze Technology was launched in 2019 after over 10 years of research and development. And their mission? To develop a full suite of self-sanitising sprays, light-activated paints, and revolutionary air purifiers that do not require filter replacements practical enough for mass use. Since then, they have done just that, right here from their headquarters in Hong Kong and their offices in Shanghai.

Not only does Raze’s photocatalyst activate under any visible light, but it also forms a durable coating on any surface. Having passed the Toxicological Risk Assessment from SGS and other rigorous tests from FSE, CGMT, and Weipu Jishu, they are also recognised by leading hospitals across Asia in reducing cross-contamination between patients. Now, confident in bringing the benefits of photocatalysis right to your homes, Raze not only cleans your environment but does so without additional electricity, making it good for the world and great for your wallet! 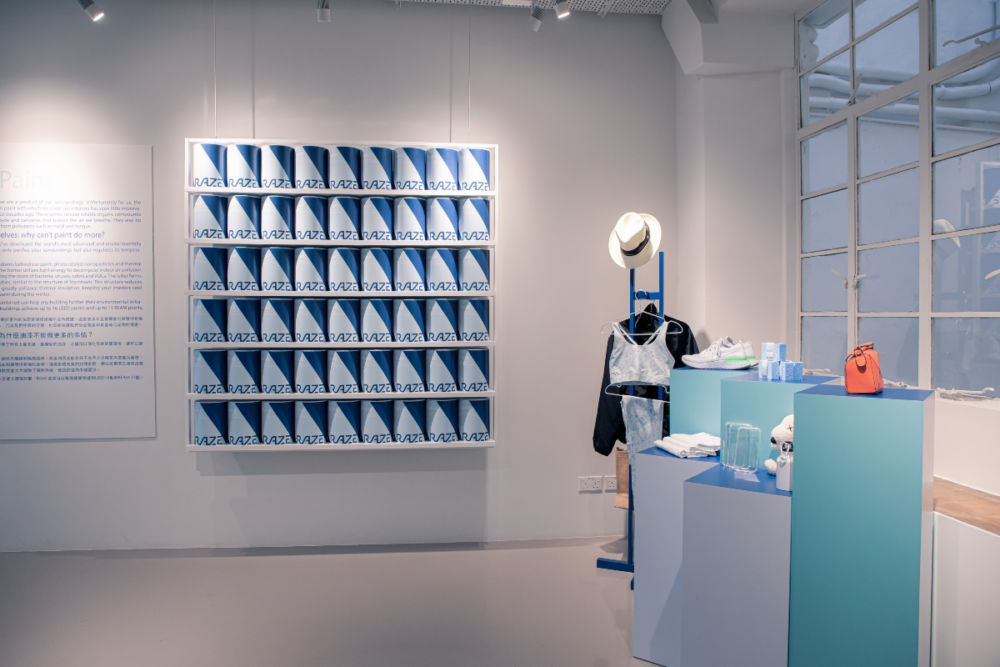 Want to see this state-of-the-art technology for yourself? From now until 28 February, Raze has a pop-up event in Central where you can browse their range of products and also join a tour that explains their mission and message in detail. Be sure to check them out before they run out of stock—Raze is currently doing a half-price sale for all items in store (limited to two items per person)!

Raze is a Hong Kong-based biotech company on a mission to eliminate indoor air pollution. Its patented nanotechnology removes bacteria and decomposes odour-causing substances and VOCs instantly and permanently. Visit their website here.

Take a Hike: How to hike to Beacon Hill via Eagle’s Nest Nature Trail