In his Own Image: Harlan Goldstein’s COMFORT is a Real Chip off the Old Block

By crystal_wilde 16 April 2014
share:
Celebrity chef Harlan Goldstein seems to have felt an irresistible urge to secure his legacy since retaining his Michelin star at flagship restaurant Gold for the second year in a row. As he prepares to continue his Hong Kong procreation with no less than three new openings scheduled for this year, we sent our editor Crystal Wilde to meet his newest ‘baby’ before the next brood of little Goldsteins is brought into the world. 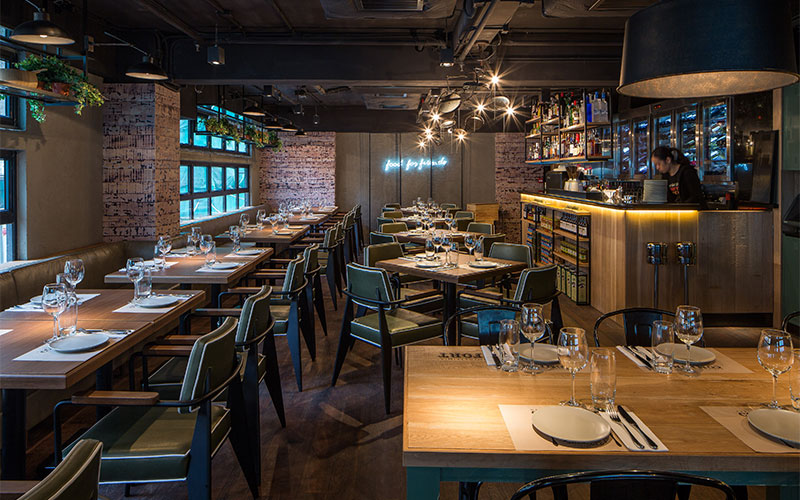 When I heard in December that Harlan Goldstein’s retro steak joint, Strip House, had closed, I was a little disappointed I never had the chance to try it. That was until I heard it had been taken over by another Goldstein concept called COMFORT, a relaxed restaurant serving “food for friends” – essentially a selection of the big man’s favourites from his worldly travels and long cooking career. The menu is littered with personal references - such as, “I learned how to eat this from my Dutch friends”, “One of my favourite dishes from Spain”, and “These little guys are great when you’ve had too much to drink” – and the overall intimacy is enhanced by the casually-styled setting reminiscent of a trendy London loft, complete with exposed vents, industrial chic décor and the obligatory black ceiling. As COMFORT sits slap in the middle of Hong Kong’s rowdiest party street (Lan Kwai Fong) however, the R&B ‘background’ music is turned up a notch or two higher than the norm, resulting in a slightly more clubby environment where dropping a knife isn’t going to send shockwaves around the room – phew! 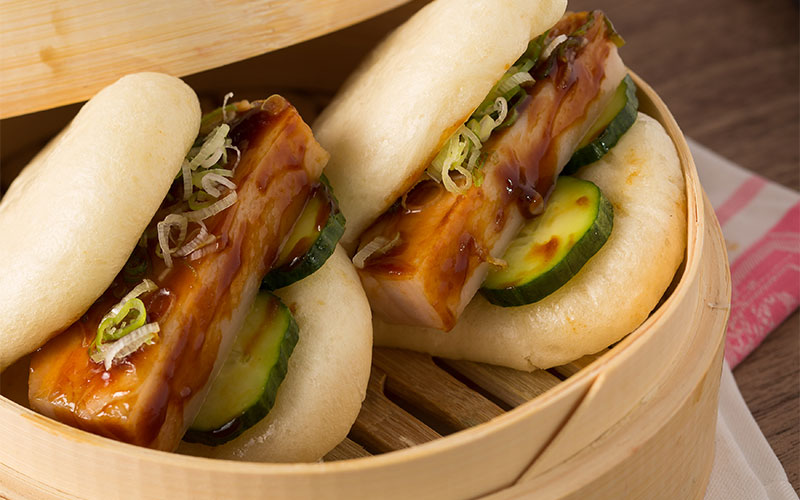 We started the night with Japanese Wagyu Beef Croquettes, which were marked on the menu by the special ‘C’ stamp that indicates the item is first-grade comfort food. Like a bread-crumbed, deep fried meatball if you can imagine anything quite so wonderful, this dish really hit the spot for me and my date. We had just returned from a week-long vacation in New Zealand where we were on a strict ‘piet’ (a diet consisting almost exclusively of pies), and these little balls of stodgy paradise helped quell the cravings after the forced cold turkey of the ‘real world’. Fellow fusion appetizer Melt in Your Mouth Pork Belly Bao Baos delivered exactly what they promised. Marinated for 24 hours and presented in a traditional dim sum steaming basket with lashings of hoi-sin sauce and crunchy coleslaw, they served up that sweet & sour doughnut-cross-burger satisfaction – a taste only acquired and craved after a certain amount of time in Asia. 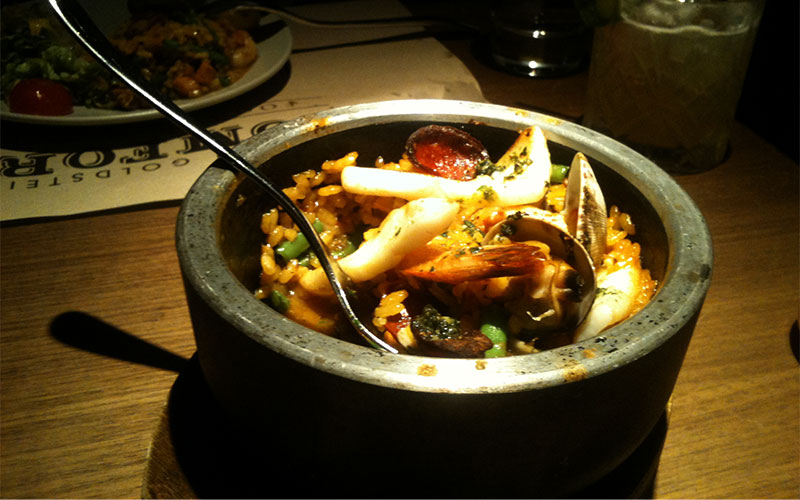 We were equally bowled over by our mains, both of which I’m afraid to report were ordered from the Specials board, so not mainstays on the menu but returning favourites well worth crossing your fingers for. Although I’m not generally a fan of Paella - we eat enough rice in Hong Kong already, right? – the smokey flavours and moist texture made the white stuff loosely glued to the chunky chorizo and perfectly cooked seafood a pleasure to consume. 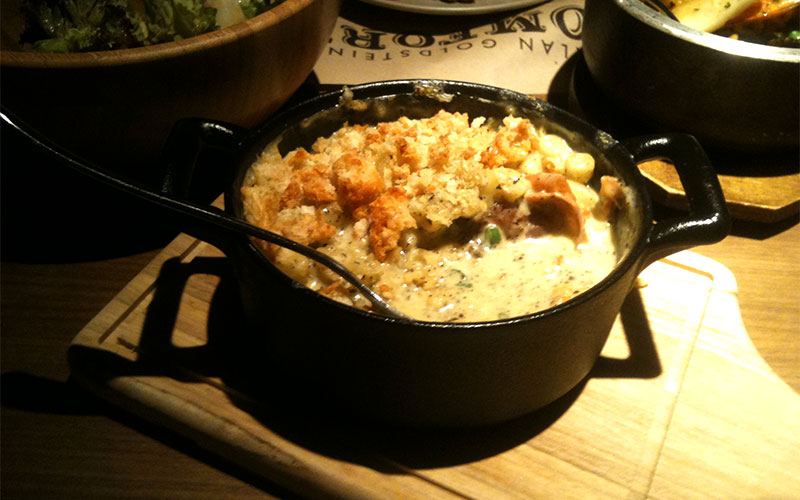 The star of this runaway show however was undoubtedly the aptly-named Kick-Ass Mac & Cheese, which blew my recent and rather disappointing first Velveeta experience (at the insistence of an excited and nostalgic American friend) right out of the pan. Creamy underneath, crunchy on top and packed with Argentina sausage and black truffle, this dish was so irresistible I’d wolfed down half of it before I remembered I take a photo (see above). While the Old School Apple Crumble was good but not remarkable - apart from the fact it came served with both ice cream and custard, perfect for indecisive sweet teeth like mine – our second choice, Harlan’s Nitrogen Dessert Creation, was unlike anything we’d had before. Smoking and light as air, this frozen delight was like a dessert from outer space, or at least a particularly high altitude Chocolate Heaven. 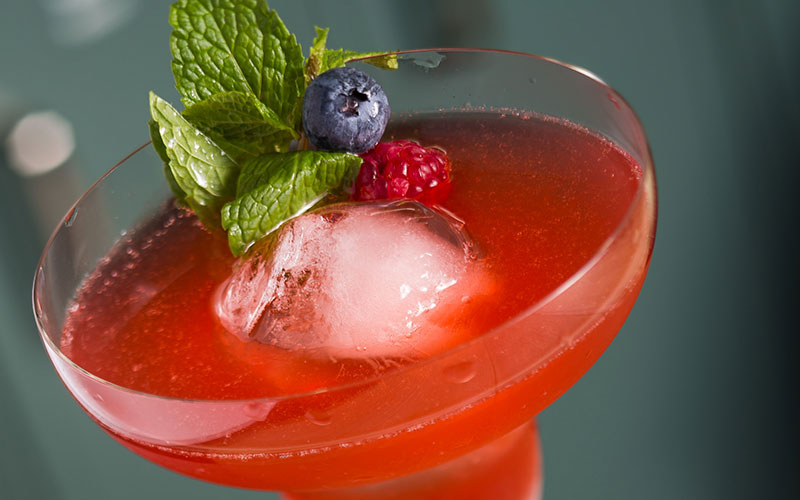 We washed all this down with a series of strong and sexy cocktails, finishing with Russian Punch and Sangria, which were beautifully presented but perhaps a little more style than substance. With that the only grade below A+ on the report card however, I think it’s safe to say that Harlan’s unpretentious protégé should make daddy very proud!