With every holiday comes an opportunity to feast, unleashing familiar favourites and decadent treats reserved only for special times of the year—and that goes for the drinks, too! Shared festivities almost always call for a toast, and different occasions call for different libations. We have partnered up with One Cellar to pair up our top drinks with our favourite festivals—take a look at what to stock up on in time for your next holiday celebration! 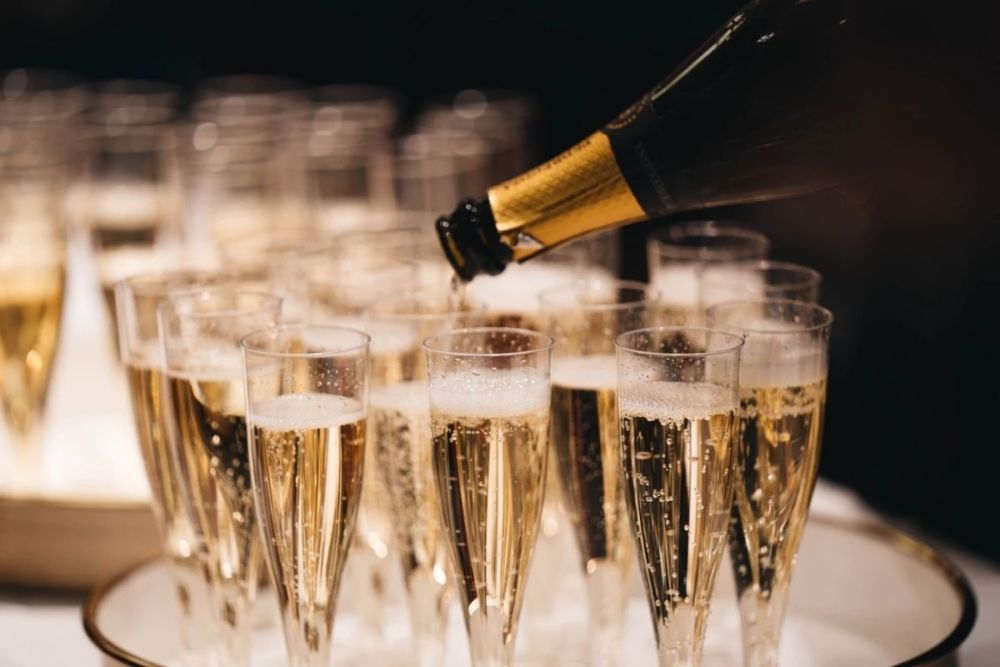 As clocks around the world chime at midnight to ring in the first day of January, corked bottles of Champagne are popped in thundering unison, heralding the beginning of the new annum. Although it is a drink that’s earned a reputation of being synonymous with celebrations, the ubiquity of Champagne amongst high-rolling circles reflects its past as a drink confined to the elite classes.

Over time, it has retained its prestige, mainly due to its hefty price tag and popularity amongst old royals. Even though the middle class was eventually able to purchase bubbly, they were only able to afford it for truly special occasions—like for the night before the new year, perhaps? Until today, it has stuck as a symbol marking the passage of a year, its frothy spillage a visual cue of all the extravagance and abundance to come. 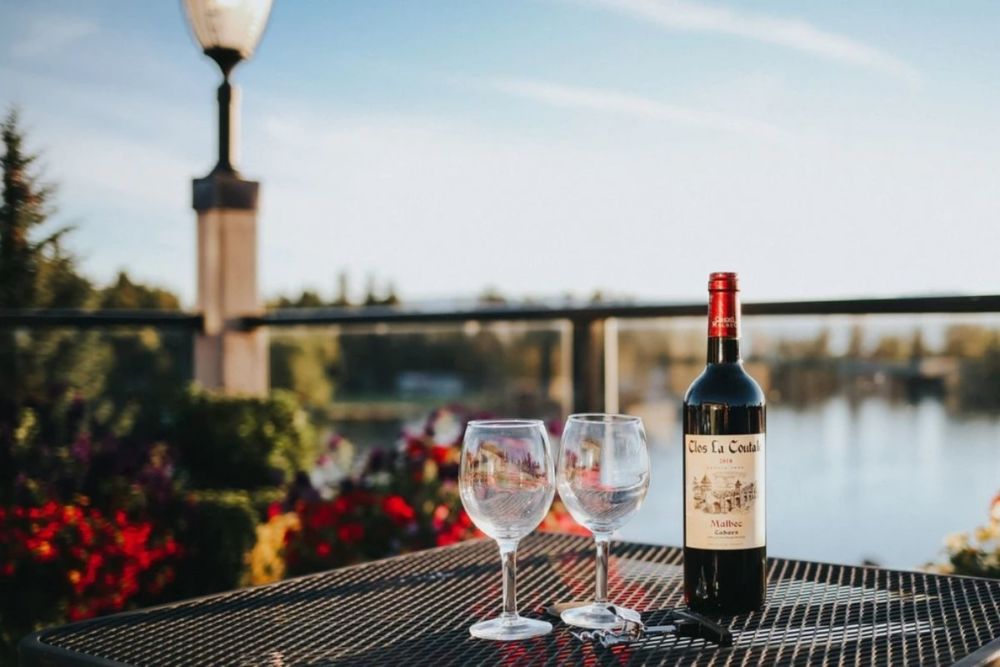 Its gorgeous ruby colour aside, red wine is an unmissable Valentine’s Day staple for couples everywhere. A long-standing holiday, it traces back to the fifth century AD when Roman pope Gelasius declared the day a memorial dedicated to Saint Valentine, with alleged roots that go further back to the Ancient Greek fertility festival of Lupercalia—the latter of which suggested an emphasis on valorising hedonism and bountiful reaps, leading to the gradual integration of wine as a necessary part.

Not only does drinking wine leave you and your partner with a warm glow, it actually contributes to the health of your heart as well. Red wine incorporates grape skins, which is full of flavonoids and antioxidants that protect your cells from damage. Its blood-thinning effect could also be harnessed for good, as a few glasses in moderation can help to prevent blood clots. Cheers to filling your heart with love and health! 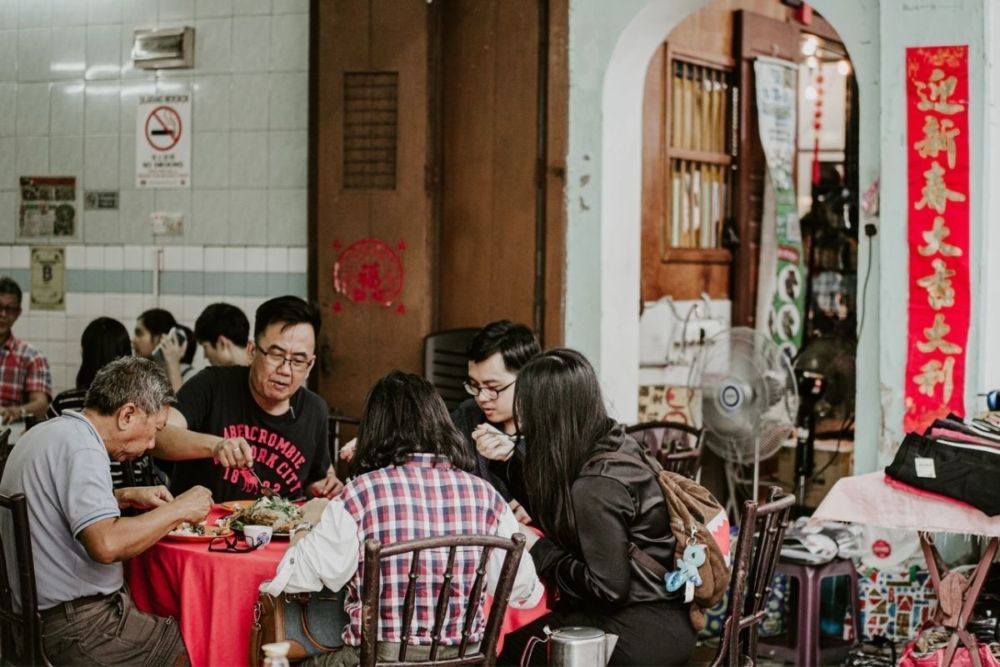 Spirits have been closely intertwined with Chinese culture for centuries, with drinks like rice wine (米酒; mai5 jau2) or baijiu (白酒; baak6 jau2) taking a seat at the table whenever there is a celebration. As a socialising ritual, it has become a symbol of respect and bonding, adding to the significance of every toast as an act of connecting with loved ones. The most anticipated and important event of the year is undeniably the Lunar New Year period, where group meals and ceremonies can continue for several days.

Song dynasty scholar Wang Anshi (王安石; wong4 on1 sek6) describes in his poem “New Year’s Day” (元日; yun4 yat6) the scenes of attracting blessings and good health by drinking a spiced medicinal spirit named toso before wrapping the bundle of infused herbs in red cloth and hanging it on the door. Even the phrase “無酒不成席” (mou4 jau2 bat1 sing4 jik6) portrays gatherings without alcohol as just that—gatherings, not parties. 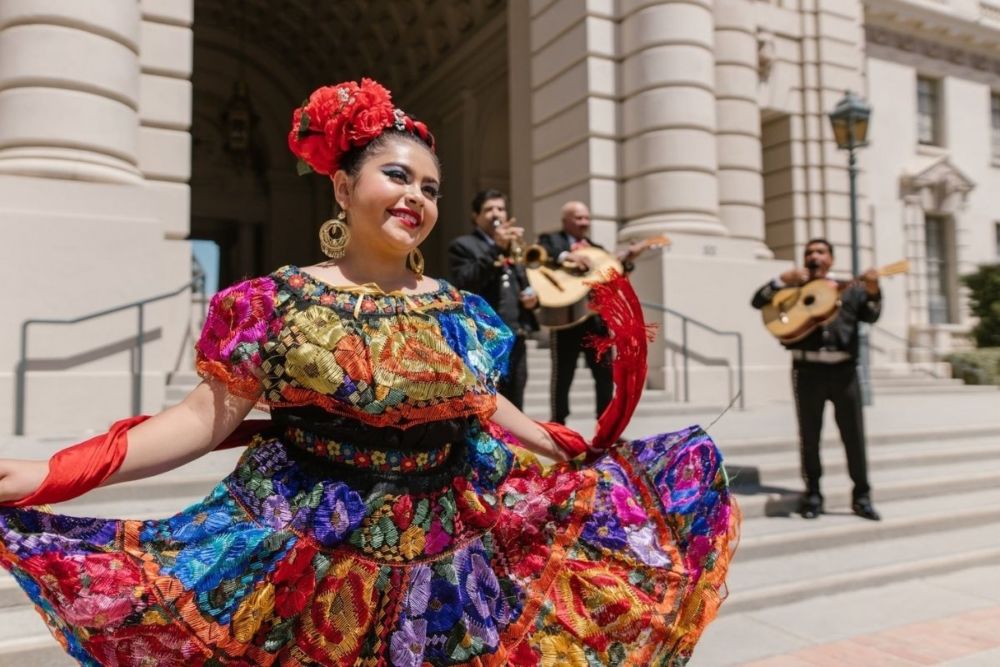 Not traditionally associated with tough drinking, recent years have seen Cinco de Mayo held in tandem with copious amounts of tequila. Its original purpose was to commemorate the Mexican victory over Napoleon III’s French troops in 1862 during a battle in the town of Puebla, which translates to celebratory re-enactments throughout the historical site and exciting traditional parades of dancing and singing in remembrance.

The popularisation of tequila amongst this crowd is largely due to the efforts of the American-Mexican diaspora in bringing their roots to their new home, coupled with the general drinking culture of the United States. Aside from shots with your friends, tequila is a versatile agave spirit that makes a delicious base for Tex-Mex margaritas, Jalisco-style palomas, and more! 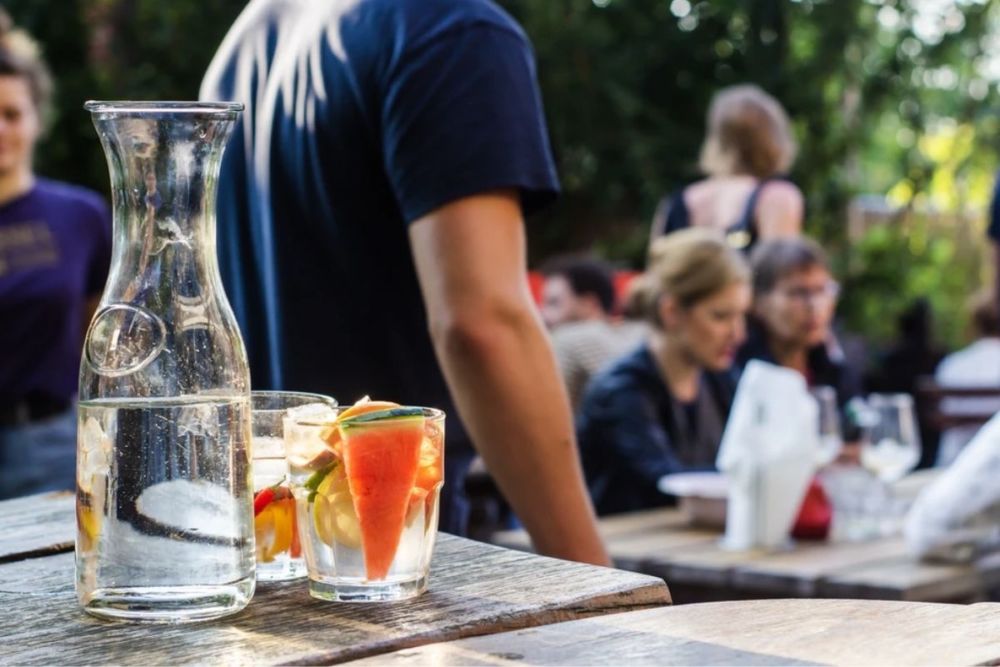 Indicating the ripe middle of summertime, Midsummer is the perfect occasion for a light-hearted tipple under the sun. As its reach is cast rather wide—being practised all over Europe as well as countries where liturgy is prominent—the holiday itself does not have a fixed date, nor does it entail the same observances across the board. Perhaps the most well-known version is the Swedish practice of maypole dancing and feasting.

Even though there is not a strong historical link between gin and Midsummer, this alcohol makes for a fragrant sip and an incredibly versatile base. Infusions are also great at bringing out the notes and layers of the juniper berries used in its distillation, with floral and berry additions being top choices for sunny drink sessions. 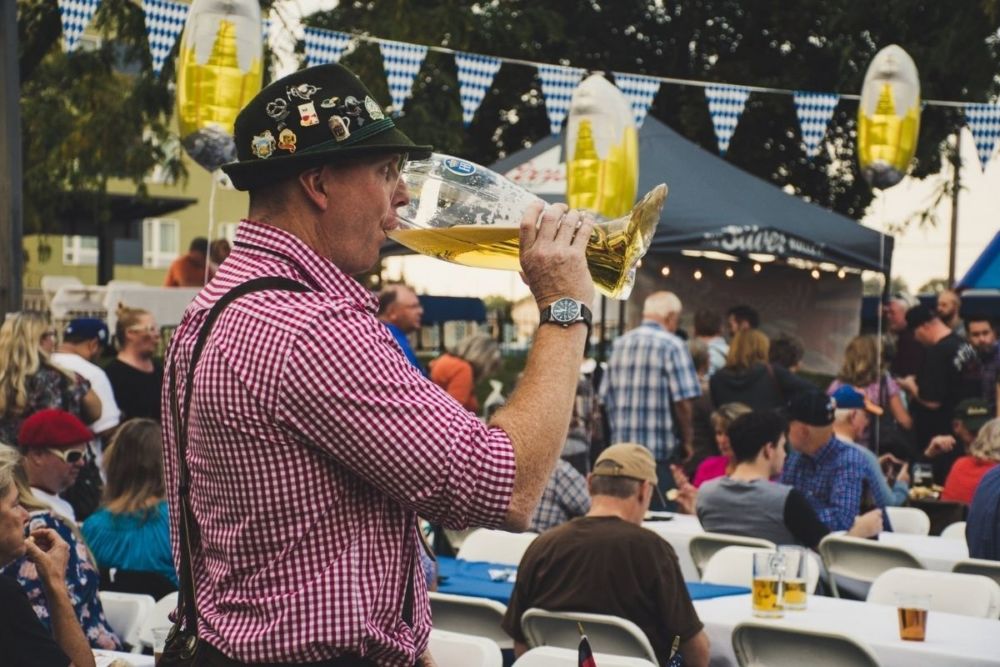 Known as the largest beer festival in the world, Oktoberfest sees more than seven-and-a-half million litres of beer consumed over its two-week period. This Bavarian tradition has an interesting origin that dates back to the early 1800s. Beginning on the sidelines, the very first beer tents merely served as a refreshment option during the horse racing celebrations of the royal wedding of King Ludwig I. In the annual races that followed, these tents grew into plywood beer halls, expanding to feature more and more of Munich’s local breweries.

Merrymaking tends to start on one of the last weeks in September, ending on the first Sunday of October—hence its name. Parades of giant, coloured floats and wagons flow through the city, showcasing the variety of beermakers in honour of their craft, along with carnival rides to keep everyone entertained. There is no better time to pull an ice-cold draught—or at least pop off a chilled bottle top—and say cheers! 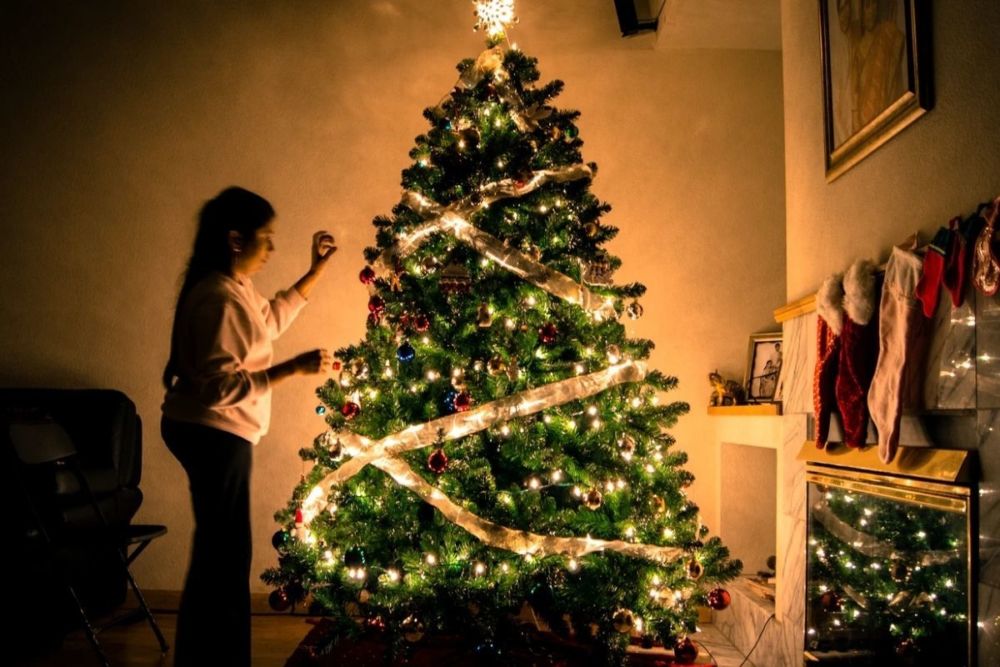 Oft believed to be a revered text that attempted to explain the genesis of the Irish nation, the Irish Annals of Clonmacnoise is a significant piece of work that also doubles as the first written record of whiskey. Believed to be written in 1405, the document indicates that “acqua vitae,” the old name for whiskey, was what led to the death of one clan chief who took “a surfeit at Christmas.”

The familiar spicy sensation that comes with knocking back golden-brown whiskey is much welcomed during wintertime, making it the perfect drink to keep you huddled in Christmas’s warm glow. Particularly special and incredibly fun to prepare is the tradition of igniting a fruity Christmas pudding by adding a splash of whiskey and lighting a flame, watching it rapidly glide over the spongey top in periwinkle flames. Continuing the Irish tradition, sometimes children may even leave out a splash of whiskey for Santa to indulge in at his pit stop!

Getting ready for your next celebration? Get a drink to go with it. An online aggregate of the best spirits, wines, and mixers, One Cellar Hong Kong is your go-to for any celebratory occasion. Its broad range of alcoholic brands and drinks have been lovingly sourced, ensuring the most incredible selections and the best quality.

As a special touch to make your everyday feel like a holiday, why not check out the roster of white wines One Cellar has on offer? A fantastic summertime option, the light and sweet taste will add an abundance of shine to any day, especially when shared with a friend. From now until the end of August, you can even enjoy an exclusive 10 percent off your purchase of any two bottles of white wine! Find out more by clicking here.

One Cellar Hong Kong believes that drinking together can bring people together. Knowing that the plethora of choices makes it hard to take the first step in selecting a pick, the One Cellar Hong Kong team offers an expertly selected roster of wines, spirits, and even mixers to ease the journey to enjoyment.