Ask any traveller what they think of when you mention Australia and chances are, apart from kangaroos and Steve Irwin, the answer will be coffee. Particularly known for its ubiquitous flat whites, Australian coffee culture has really expanded in recent years, with Aussie-style cafés popping up globally. Even if you’re not sure what this concept entails, you’ll probably have ordered from a coffee shop like this before, not realising that its inspiration is rooted in Down Under. We asked Hong Kong-based Australian coffee shop and café concept Ninetys to expand on what exactly Australian café culture is. 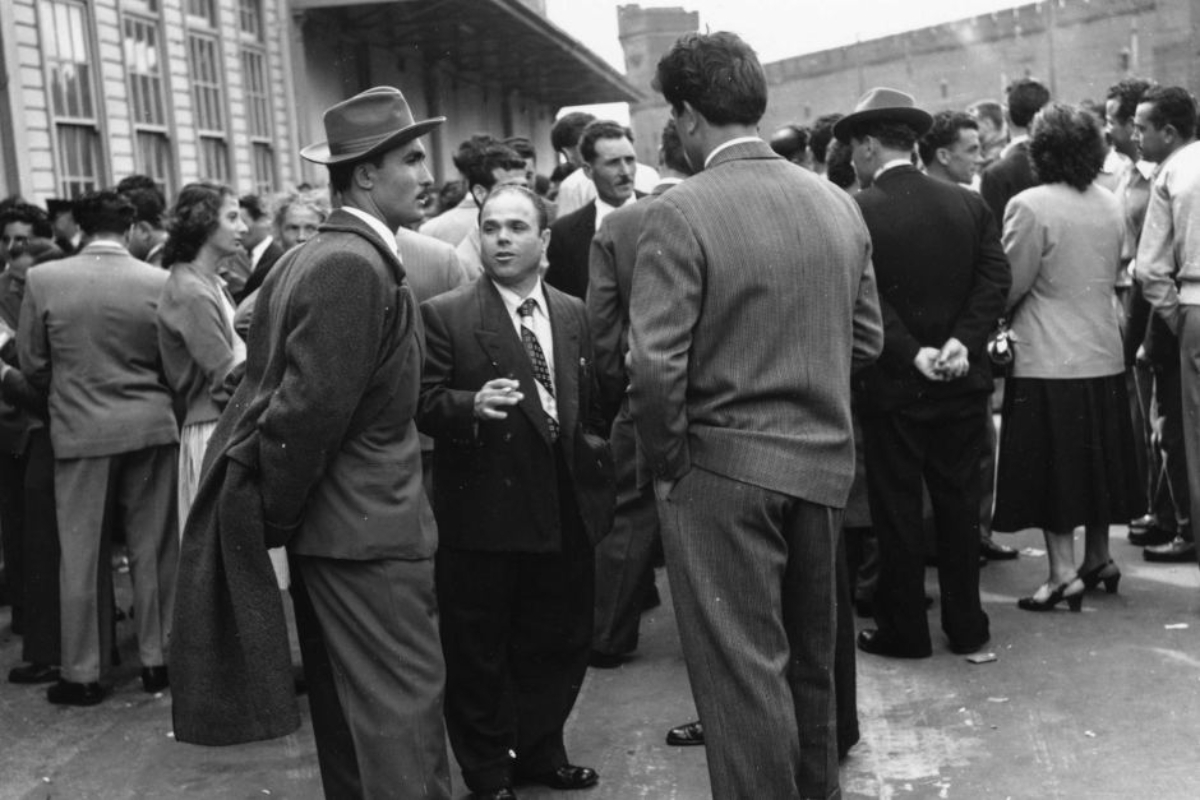 Australian coffee is rooted in immigration

You might wonder why Australia, as a former colony of a largely tea-sipping nation, would develop such a strong love for coffee. The answer can be traced back to the invention of the spring-levered, steam-powered espresso machine by Achille Gaggia in the mid-twentieth century. When droves of Italians migrated to Melbourne after the Second World War, they brought these machines—and their love for coffee—along with them.

The ensuing espresso bars that cropped up attracted a set of young Australian bohemians, and the island country, in the process of redefining itself after colonial rule, was perfectly placed to accept this new culture. A world away from the largely French-influenced culinary world in Europe, Australian coffee culture has been southern Italian-based from the beginning and was then free to experiment and evolve into a scene all its own! 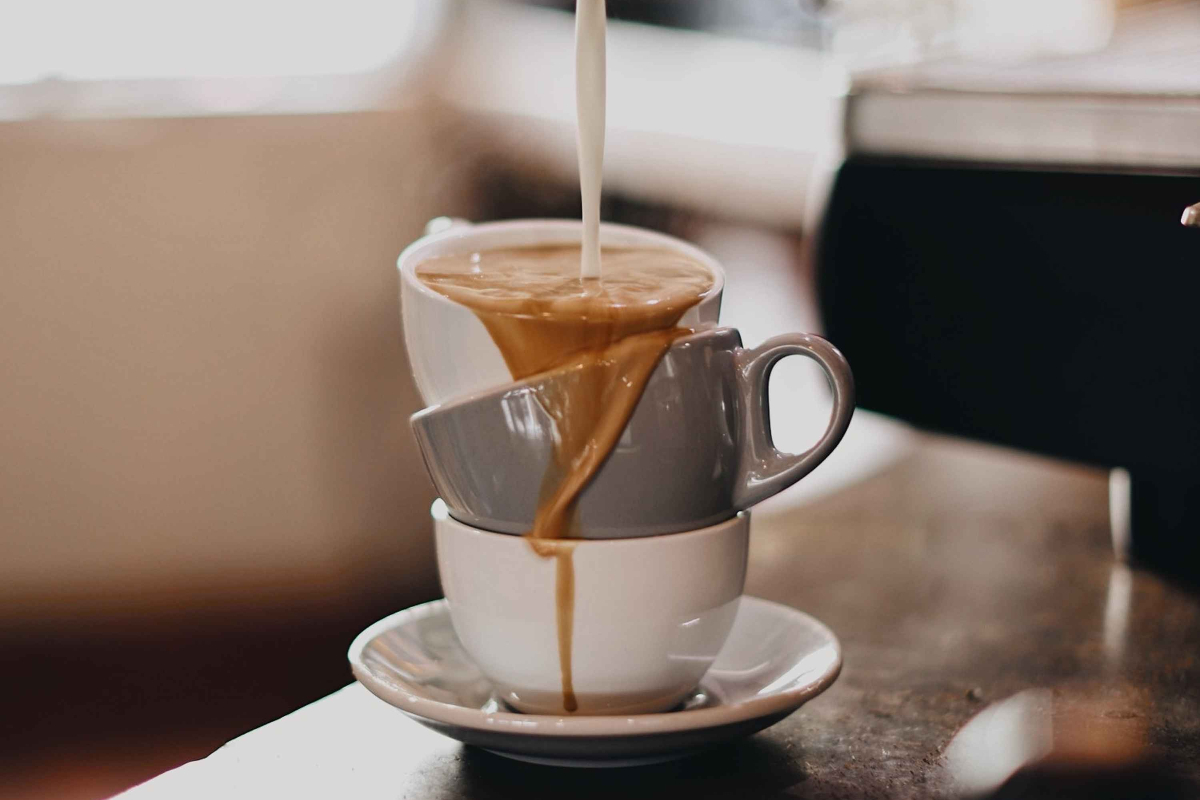 It has influenced a new coffee movement

The evolution of the modern cup of coffee can be grouped into three “movements,” each with its own philosophy and way of catering to consumers.

The “first wave” in the early- to mid-twentieth century was focused on mass commodification. This was the age of Nescafé, where the goal was to have coffee become a common, everyday beverage. Then around the 1970s, coffee became more experiential, something to be enjoyed, and not just at home. This “second wave” saw the birth of speciality coffees, where more focus was placed on quality. It was also during this wave in which coffee shops grew from small-time outlets into giant corporations. Now, with the “third wave” comes a greater understanding of coffee, as well as an appreciation for its origins and craft. The emphasis here is on the single-origin espresso, the directly sourced bean, smaller farms and harvesters, and getting to know the background behind each cup.

In general, the roasts in Australian cafés are much smoother, lighter, and caramel-y than coffee in the US. For the Aussies, espresso beverages were already the norm, whereas pre-Starbucks, Americans were just guzzling strong filter coffee by the pot. Australian coffee flavours directly influenced and fit perfectly into the lighter roasts and subtle flavours of the third wave of coffee enjoyment. 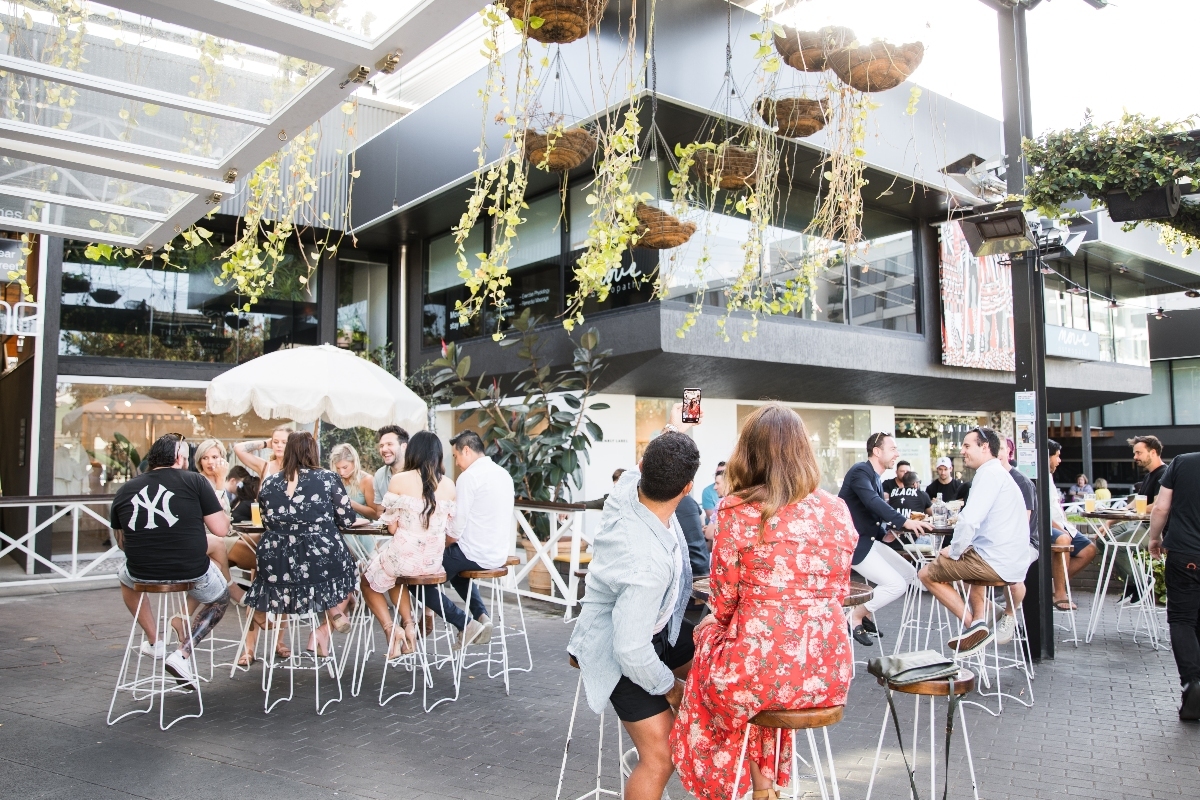 The Australian experience has shaped its cafés

Anyone who’s been to ‘Straya knows that life is slower and laid-back, more surf and sunshine than hustle and bustle. Australians love eating and drinking out, and cafés provide much-appreciated venues for socialising. A good cup of joe is also a prerequisite enjoyment in the mornings and a way of life for Aussies.

The majority of Australian cafés are privately owned instead of conglomerate chains, so there are tons of places bursting with charm and personality. It also means that competition is fierce, and the community of Australian baristas are constantly seeking to improve and learn from each other. Gone are the days when businesses would poach each others’ baristas, or were keeping their blends secret—Australian cafés are more than proud to prop up and be a part of its specific culture. When you walk into an Aussie café, you can expect sunny service, a great platform for new flavours and ideas, and the perfect way to juice up and power through your day. 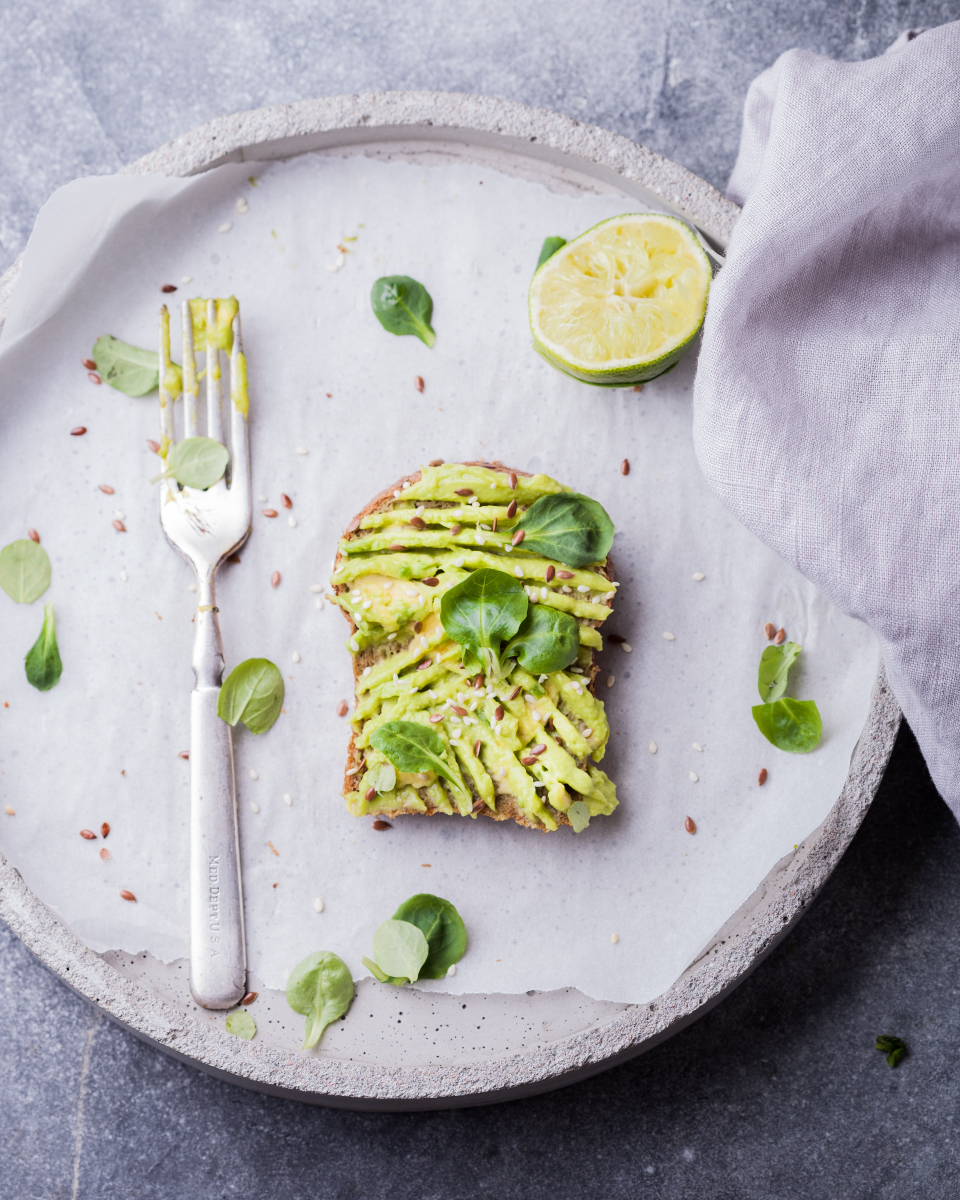 There is a focus on wellness

Another factor that has contributed to the success of Australian cafés lies in the recent growth in wellness trends. An Aussie cup of coffee is generally accompanied by food that happens to be pretty healthy. While Starbucks was serving heavy cakes and scones with their drinks, Australian cafés already had avo toast and quinoa bowls on their menus.

This fits right into the lifestyle choices of the yoga-going hoards, the health-conscious generation of youths, as well as Australia’s Asian neighbours who are increasingly obsessed with coffee. When other drip feed-led cultures were still surfing the second wave of coffee, Australia seemed to already be riding the surges of the third, and so have since become hugely influential on the coffee world stage. 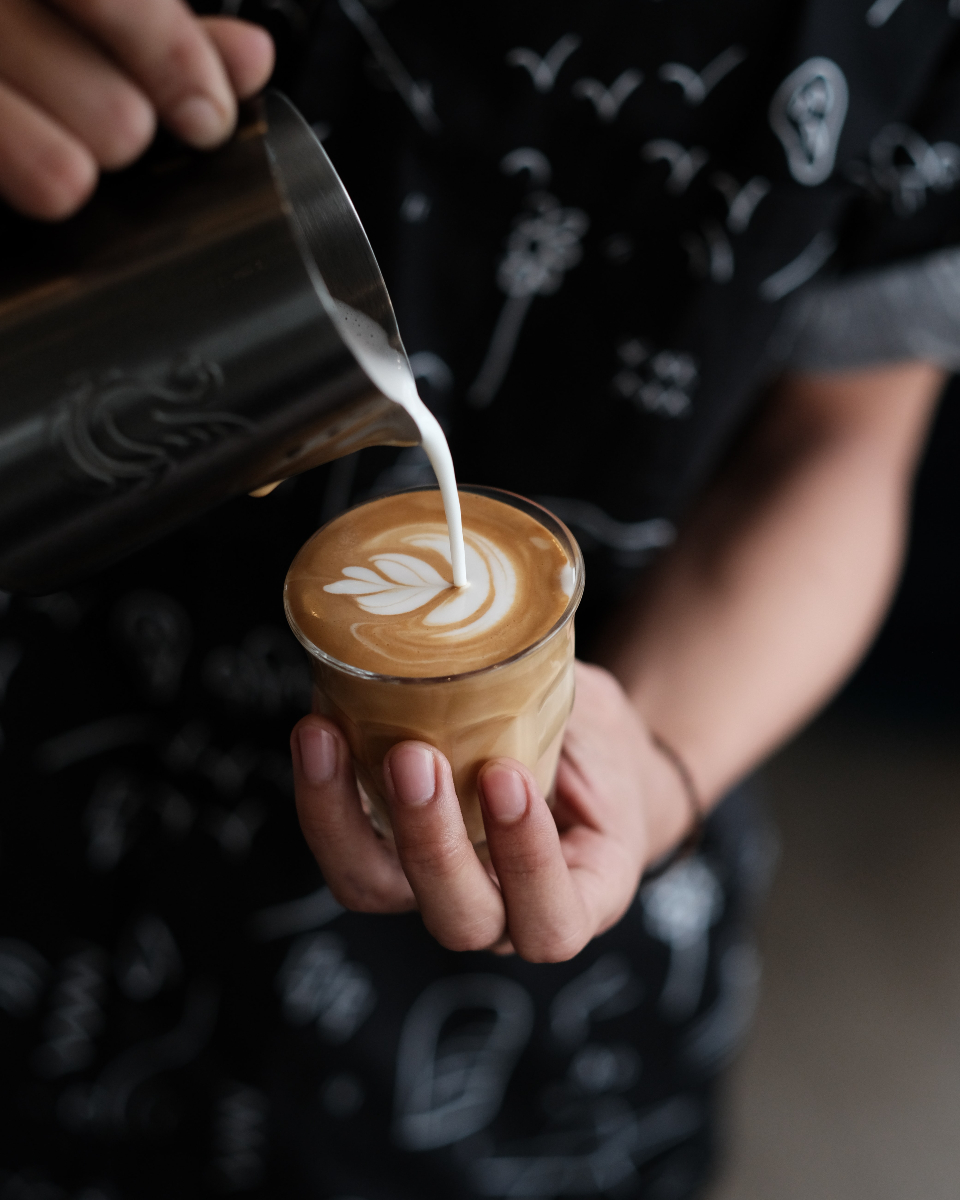 The battle of the flat white

Of course, there’s one beverage that symbolises Australian coffee culture, and that’s the flat white. Striking the perfect balance between the intensity of an espresso shot and the milky smoothness of a latte, a flat white is not frothed, consisting simply of a coffee shot poured into steamed milk. Long before big coffee chains started introducing them on their menus, flat whites have already been popular Down Under for decades.

It’s interesting to note that New Zealand also lays claim to this drink though. The key difference between an Australian flat white and a Kiwi one is that the latter uses espresso shots while the former typically uses ristretto shots. This might not mean much to anyone who isn’t a barista or a massive caffeine addict, but an espresso shot is made by pulling just a few seconds longer than a ristretto, giving it about 50 percent more volume. Therefore, a New Zealand flat white is going to be more intense compared to its Aussie counterpart.

But regardless of which side of the argument you’re on, there’s no doubt that Australians and their flat whites have made an indelible mark on the coffee scene, and that there have since been countless coffee shops cropping up with Australian café culture at its spiritual core. 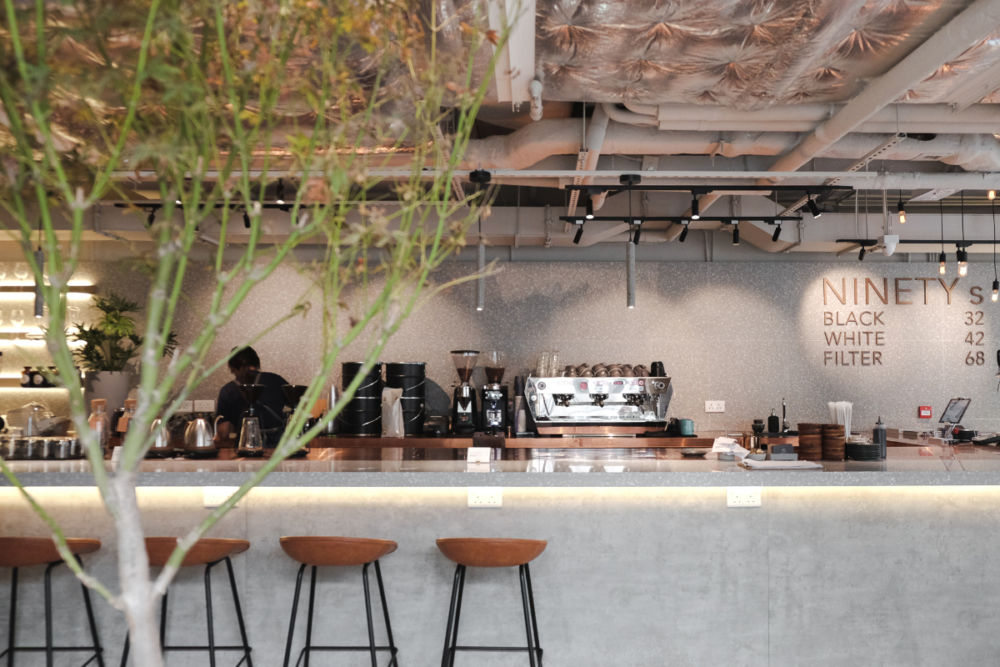 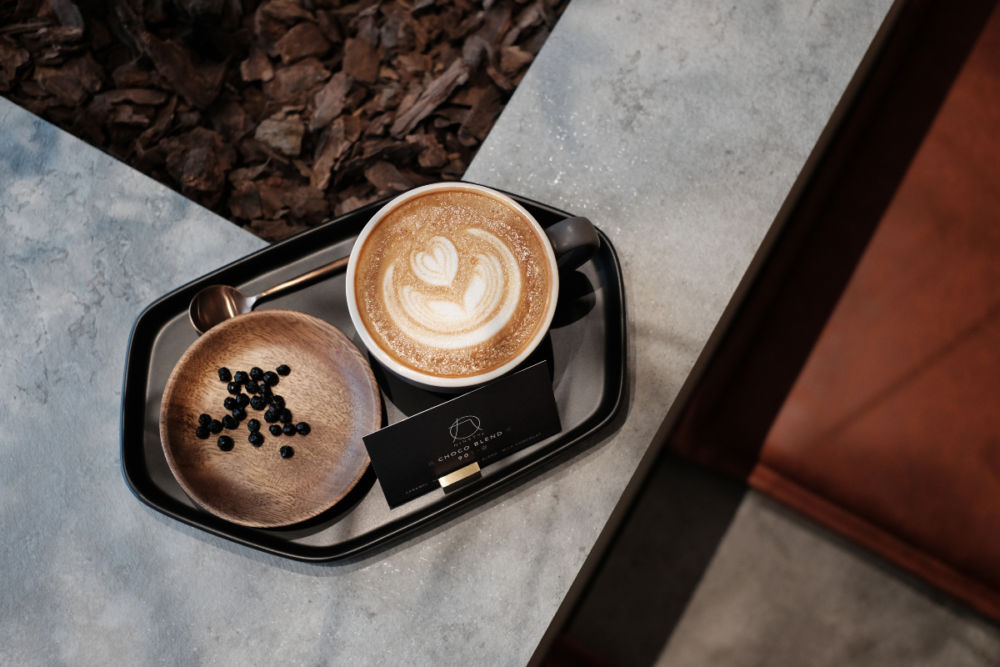 In Hong Kong, there are many such Australian-style cafés but one of the best on our radar has got to be Ninetys. With the opening of their first Wan Chai branch in 2018, this dining café has been a firm favourite for speciality Aussie coffee and accompanying fusion dishes among Hongkongers.

They have recently opened their fifth branch, Ninetys Roastery, at Lee Garden Two in Causeway Bay, and their new space is a comfortable blend of industrial chic and cosy, with leather and red copper accents against a cement and neutral colour palette. Plants from Botanic Union are also dotted around to breathe life into the space and the walls are decorated with artwork by local illustrators. It couldn’t be cosier to kick back on their couches and watch the coffee bean roasting process in their in-house Giesen roasting machine. Don’t forget to pick up a bag of ordered-to-roast beans before you leave, which they can tailor to each customer’s specific preferences! 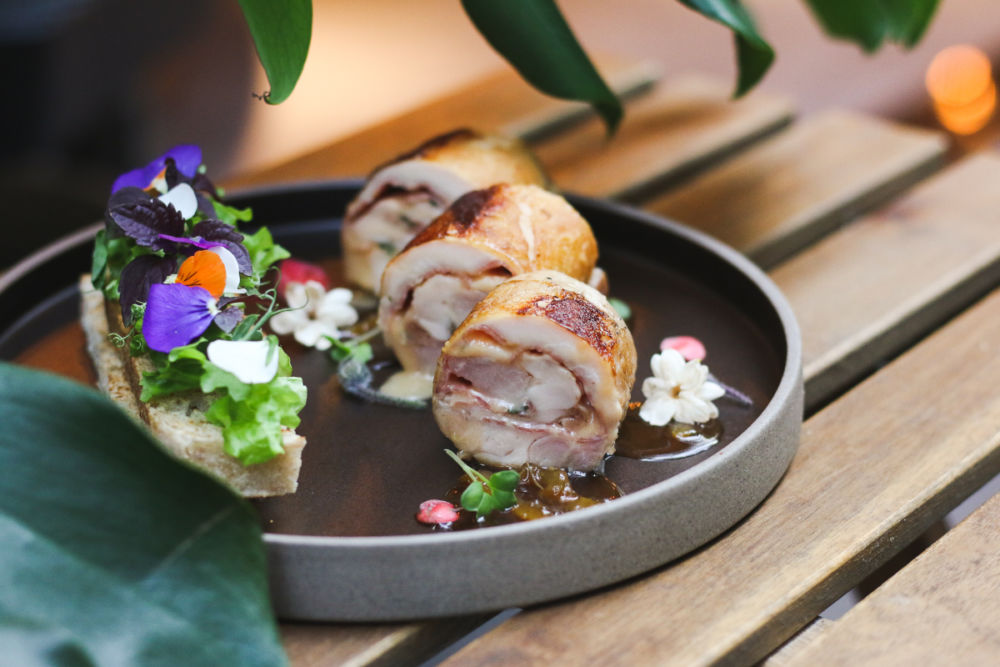 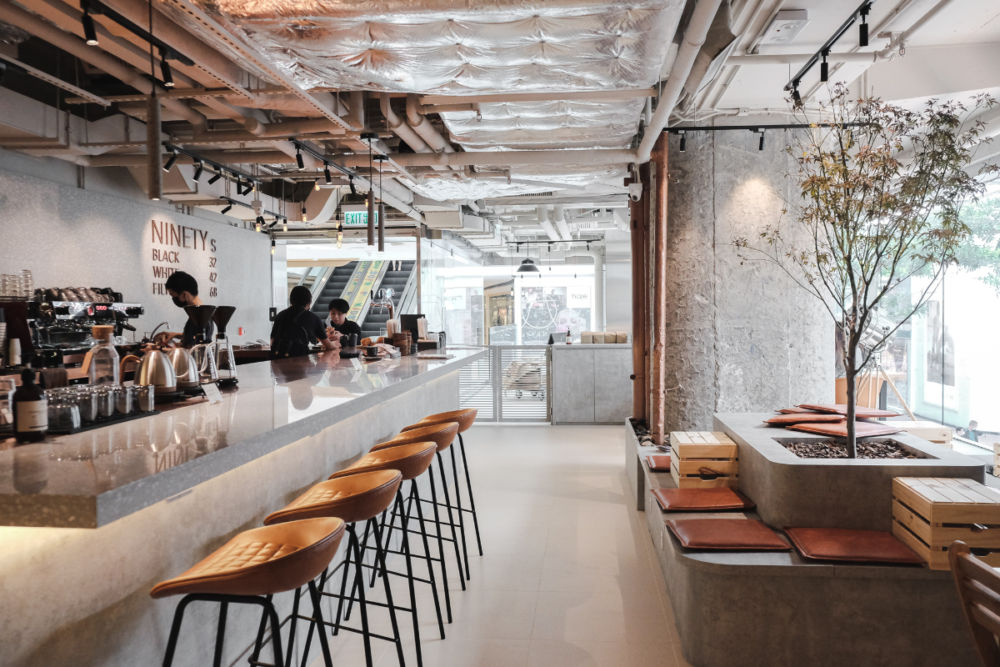 Whether you’re looking for a great cup of flat white to boost up your midday slump or a good meal to go with even better coffee, hit up the brand-new branch of Ninetys Roastery to experience Australian café culture for yourself!

You can now get Godiva chocolate drinks at 7-Eleven in Hong Kong!