Sauced Up: A history of Hong Kong’s homegrown chilli sauces

He was also absolutely correct in his insistence on the right condiments being used in cooking—seasoning can make or break a dish! We’ve previously looked at Hong Kong’s homegrown soy sauces, oyster sauces, and XO sauces, so the new instalment in this series will explore the well-loved chilli sauce. 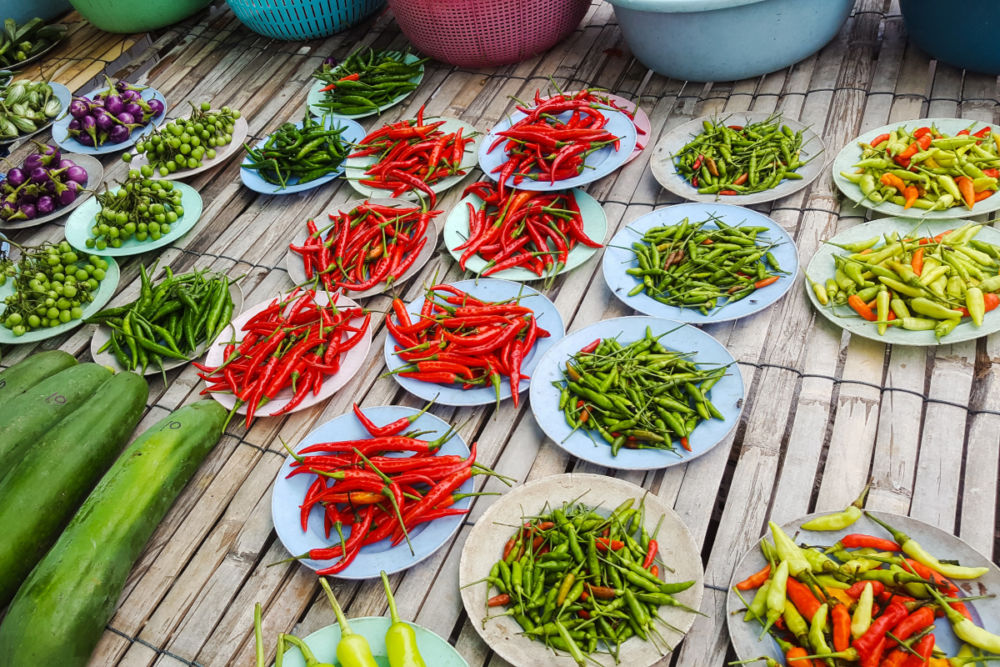 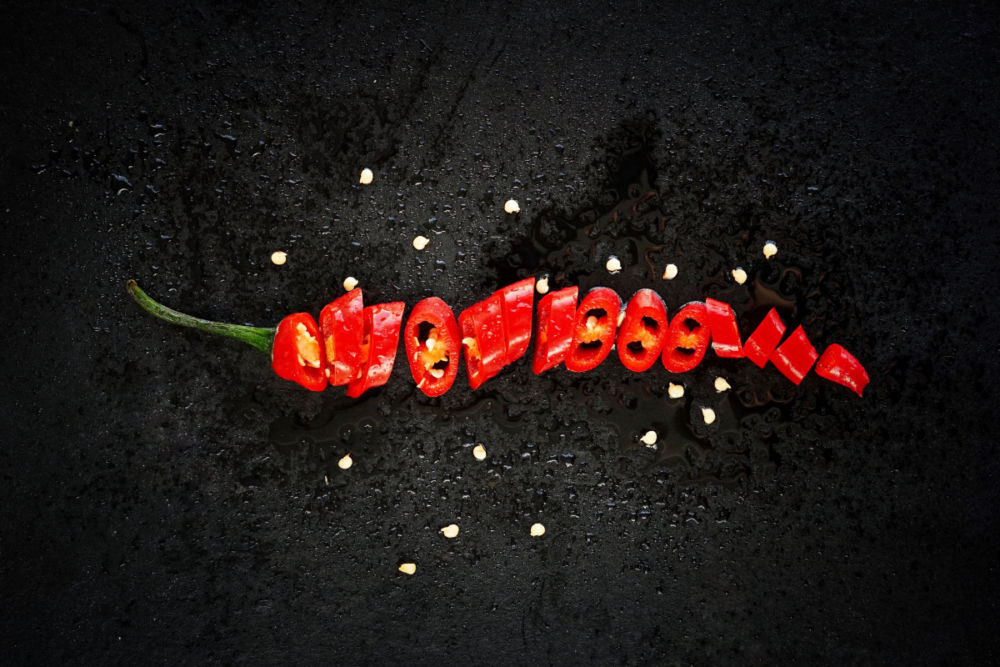 Spicy plants such as chillies and peppers have been used in cooking for thousands of years—inhabitants of Central America and Mexico have had chillies for approximately 6,000 years. Quite unlike the hot sauce varieties of Western countries, which are mainly vinegar-based, spicy Chinese condiments are oil-based. Fans of Tabasco and Frank’s RedHot Sauce will easily acclimate to Sriracha—which indeed has a huge cult following worldwide—but there is so much more in scorching flavours to explore.

In the sixteenth century, the chilli pepper plant was brought from the Americas into Africa and Asia, where they were altered through selective breeding. In Chinese, chillies are collectively referred to as 辣椒 (pronounced laat jiu in Cantonese and la jiao in Mandarin)—literally meaning “spicy pepper.” The American variety falls under the branch of Capsicum annuum peppers, while in Chinese cooking, the 椒 pepper has historically referred to 花椒—Zanthoxylum bungeanum, more commonly known as Sichuan peppercorn, which gives the region’s dishes their distinctive numbing spicy kick. With the introduction of chilli peppers, spicy foods quickly caught on in China and the rest of Asia, with special flavours that truly made the condiment their own.

The most popular spicy condiment in Chinese cuisine is chilli oil, mostly because it is the most expedient to produce. This is particularly widely used in Sichuan, Hunan, and Shaanxi cuisine. Over time, more varieties of spicy sauces were developed, such as tangy chilli sauces similar to Sriracha, chilli sauces with black beans, and chilli oils specific to Chinese regions like the Chiuchow or Guilin chilli oils.

This is the type of spicy condiment that most resembles Western hot sauce—a fiery hue of orange red, and usually tangy in flavour. Interestingly, a lot of Hong Kong-style chilli sauces, in particular traditional brands, will contain sweet potatoes; back in a time when thickeners were not commercially produced, this was an affordable starch used to make liquids less runny in consistency, most likely also lending its orange colour to the sauce as a result. 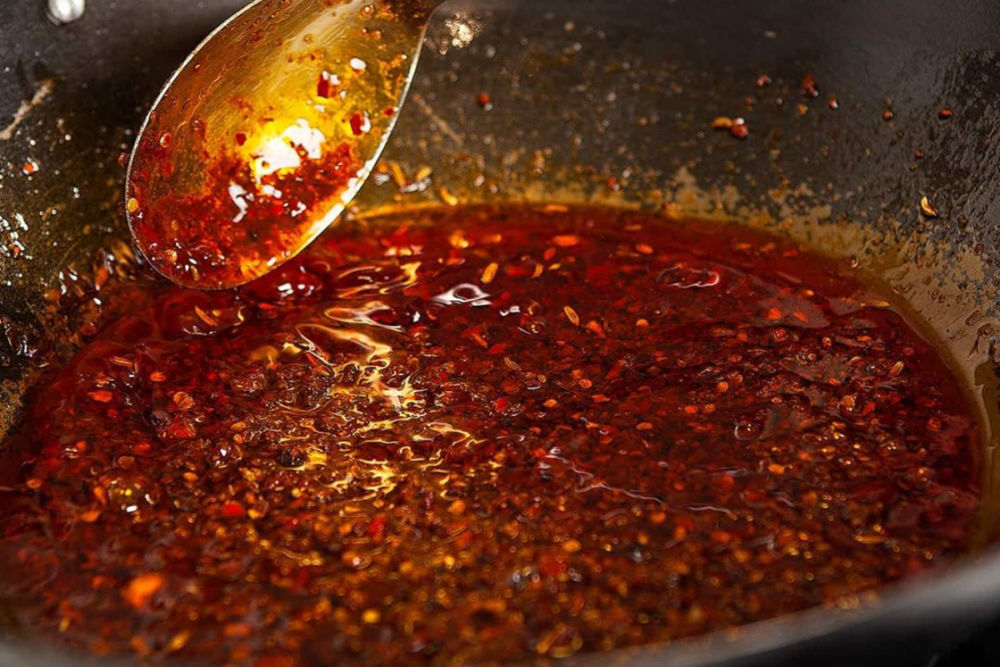 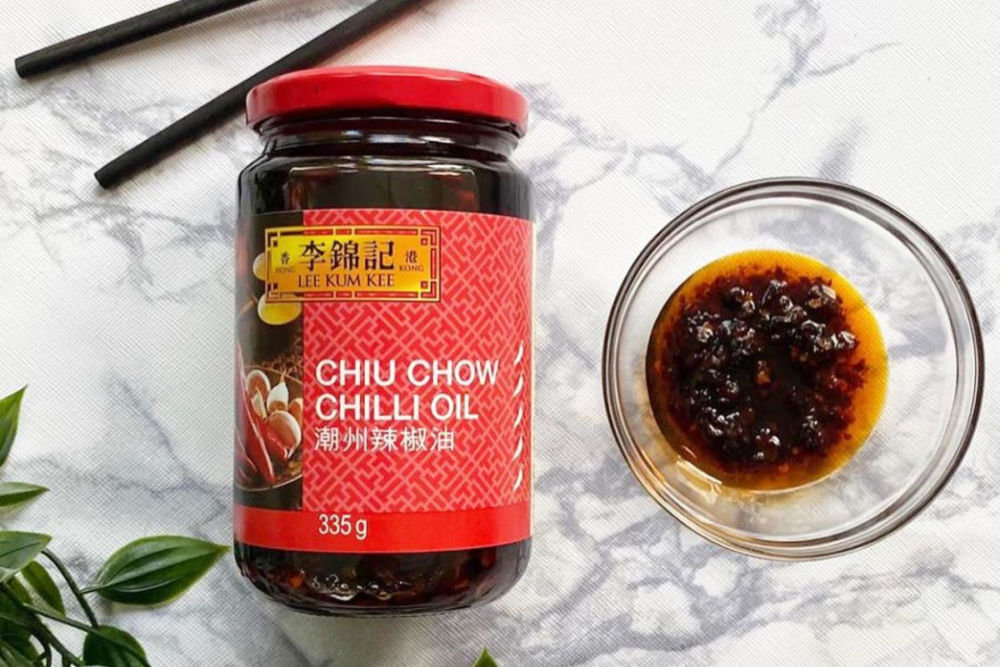 Oils are popular because they are easy to make and store without going off. Essentially dried chillies are fried in vegetable oil on a low heat, making sure not to burn them, before being set aside to cool. They are then ground into flakes or powder, and hot oil is slowly added to the mixture.

After being left to infuse, the chillies can be sifted out. Of course, this leaves a lot of room to play around with flavours, and indeed, there are countless ingredients that can be added to the basic chilli oil such as garlic, shallots, peppercorns, and seafood. In most Hong Kong restaurants, you’ll often find a jar of chilli oil at each table, sitting next to the toothpicks. 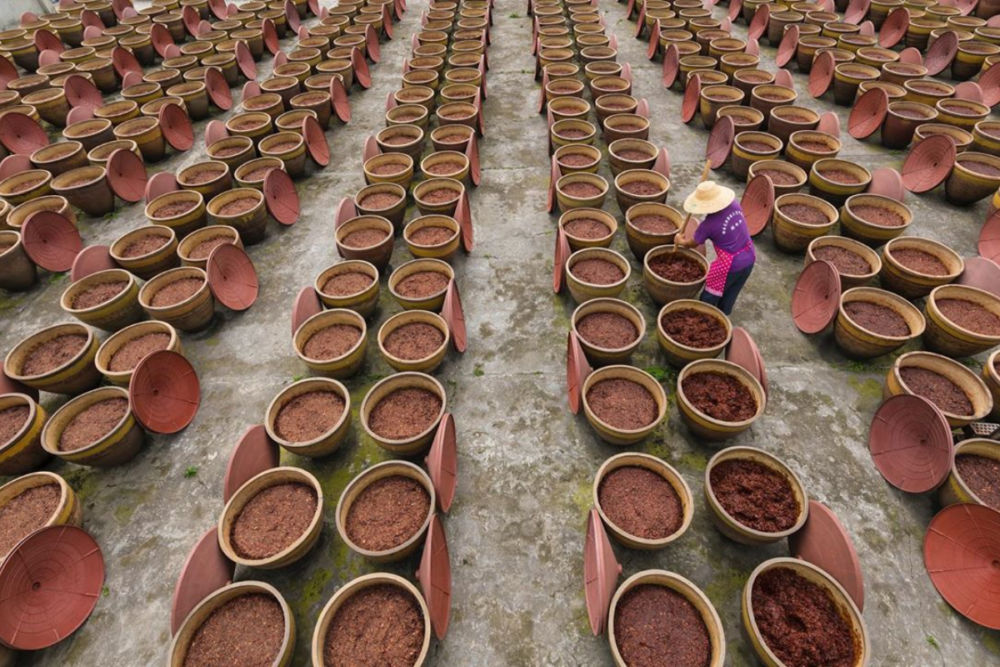 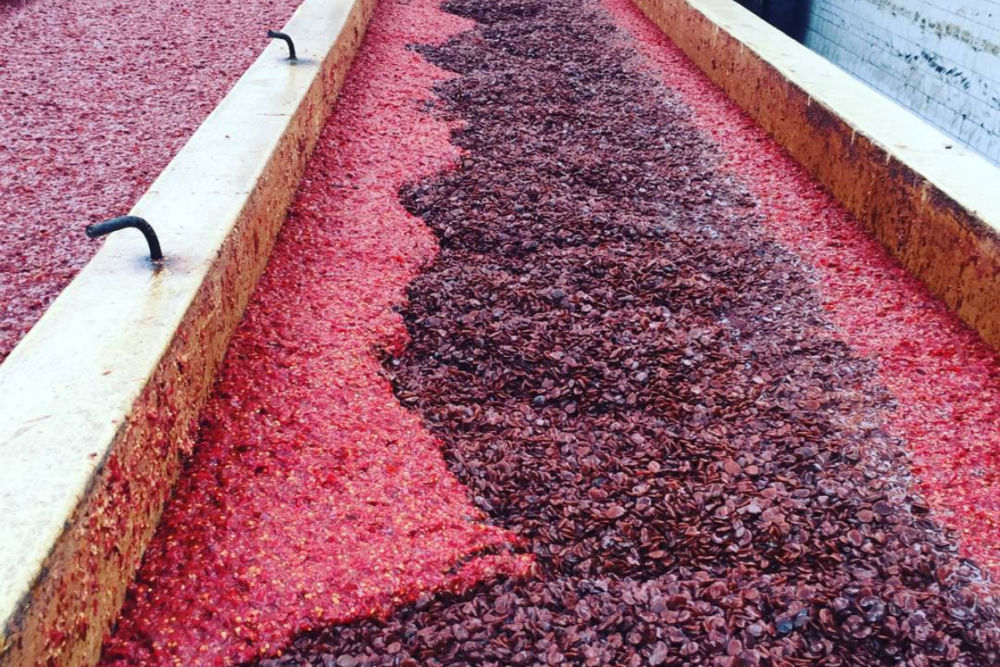 Originating from Szechuan, chilli bean paste is known in Chinese as dou ban jiang, and is made from broad beans, soybeans, or both. Instead of being just spicy, this condiment also contains savoury, umami flavours, courtesy of the fermentation process it undergoes. Fermentation can take up to several years, and the longer the process lasts, the better tasting the sauce is.

#OnlyInHongKong: What does your favourite dim...

8 best restaurants to have roast goose in Hon... 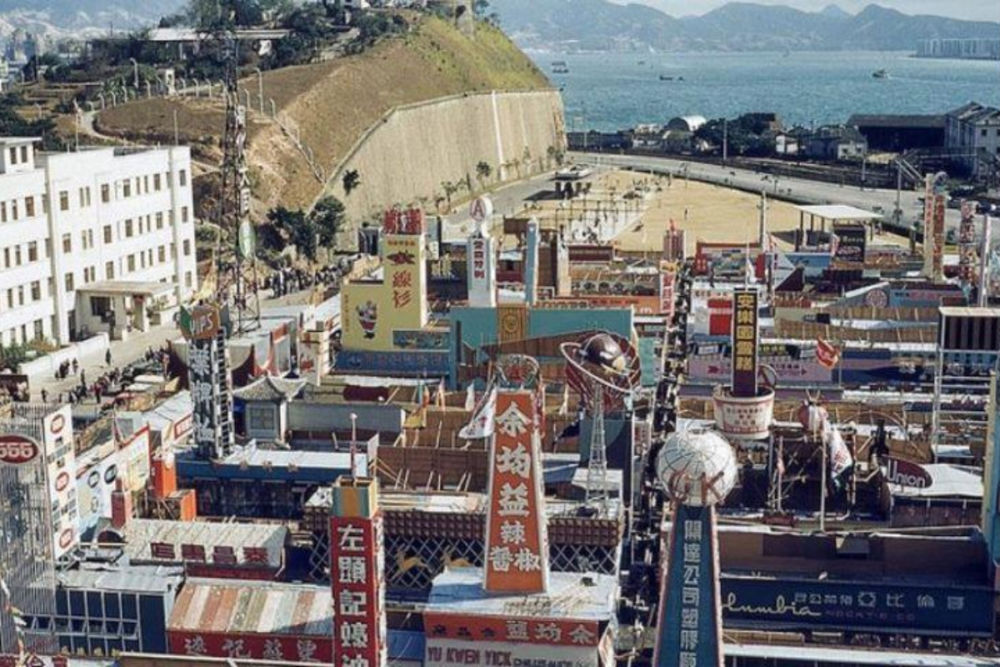 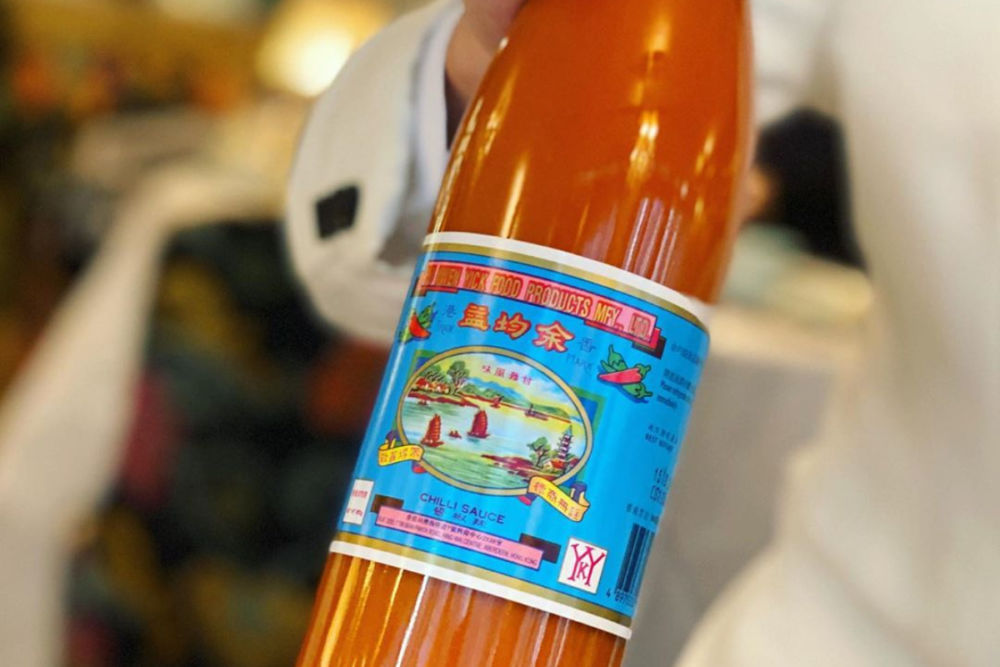 Talk about chilli sauce in Hong Kong, and most locals will mention Yu Kwen Yick. This brand was founded in 1922 by a Shunde native who moved to Hong Kong. Yu Siu-kee personally loved spicy foods, an interest that eventually sparked his business decision. In the beginning, he sold his wares by carrying the stock on a pole slung across his shoulders, making his way on foot from Sai Ying Pun to North Point. Though the brand has almost been around for a century, they have always been based in Sai Ying Pun—in fact, they have only left Third Street for a few years, and even then it was only to relocate one road over on Second Street.

Their signature product is their classic chilli sauce, a sour and spicy condiment in a tall glass bottle with retro packaging. Much loved in Hong Kong, this additive-free sauce is particularly tasty on stir-fried beef noodles, but makes a delicious addition to most any dish.

The company is now a third-generation family business, run by Yu Siu-kee’s grandson Antony Yu. When he took over Yu Kwen Yick in 1998, he made the decision to bring back their fermented chilli bean sauce which was previously discontinued. Before the 1990s, their products were exported to the UK, America, and Canada, but are now only available back in Hong Kong. Head to their shop on Third Street for purchases, and also check out their small historical exhibition. 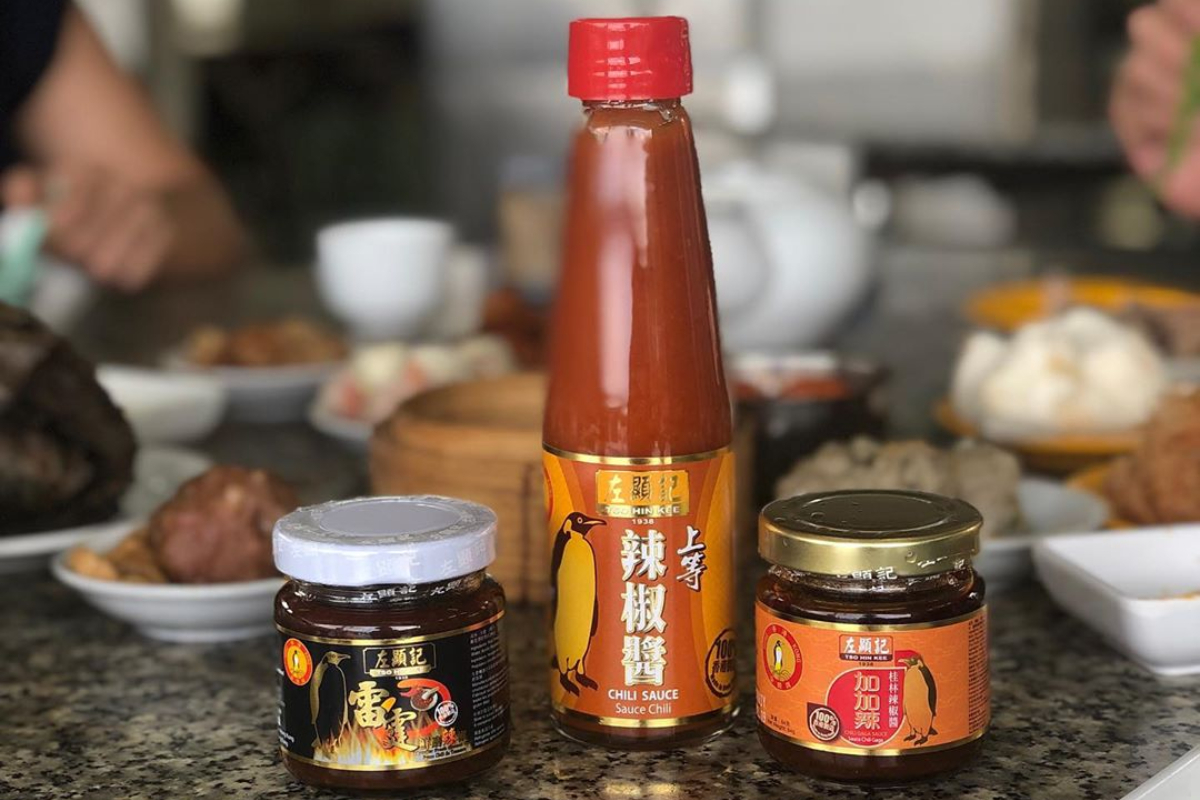 Founded in 1938 by Tso Pak-ming, Tso Hin Kee is a local family business which has been making their range of products in Hong Kong for over 80 years. They were the first to introduce Guilin chilli sauce to the market, called Chili Gaga Sauce, named after the chef who created the condiment.

Aside from this signature product, Tso Hin Kee also makes chilli sauce, chili oil, Chiuchow chilli oil, soy chilli sauce, as well as Thunder Fresh Ground Chili, which is fresh ground chillies in vinegar that you can season with additional ingredients and add to pretty much any variety of dishes. 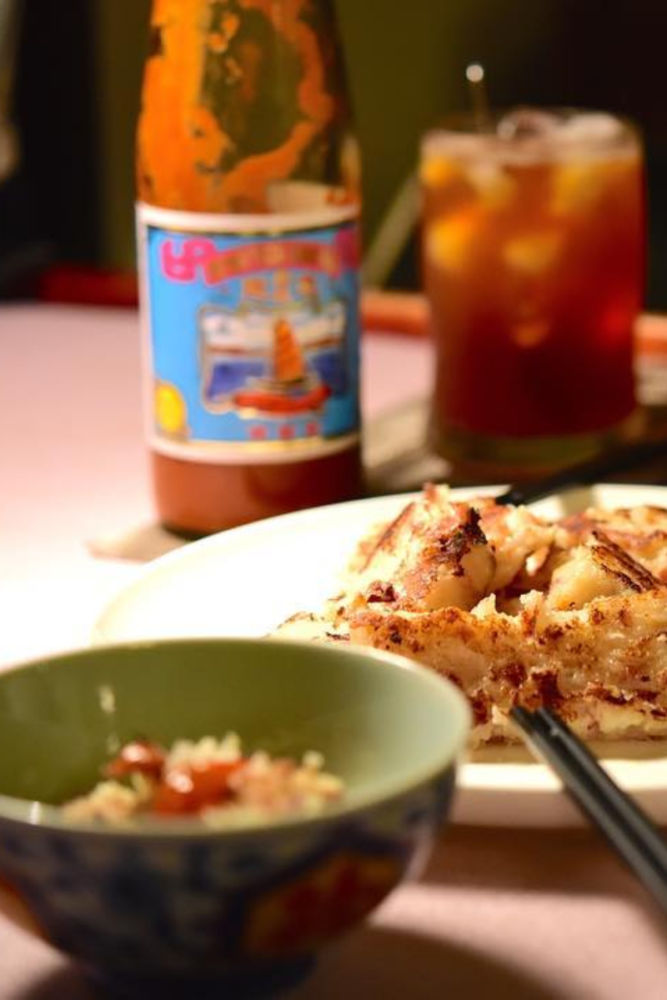 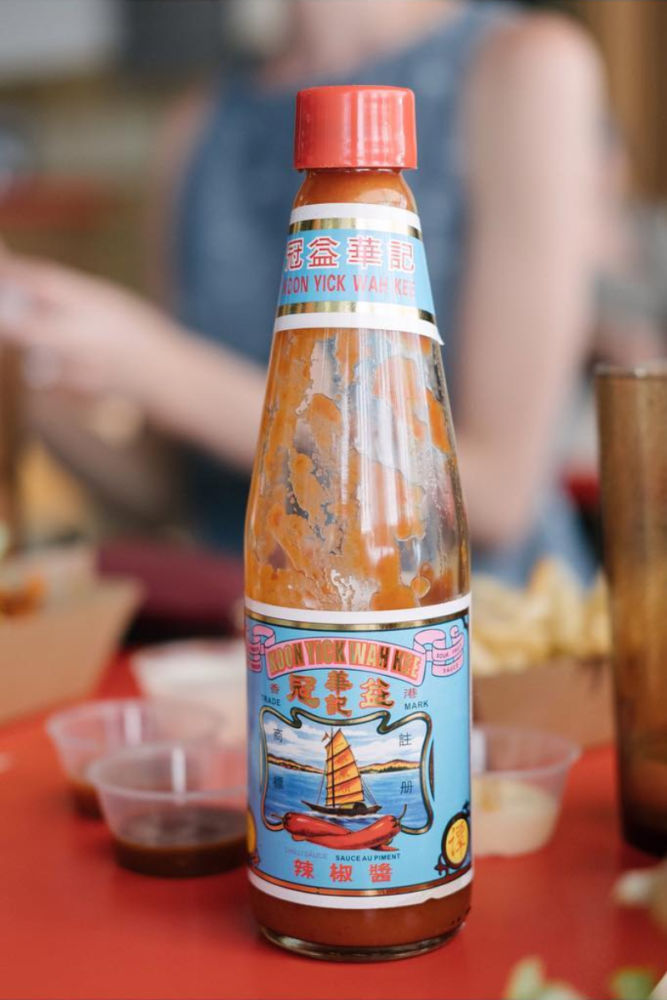 Koon Yick is a sauce maker whose history traces back to 1891, founded by the Tam brothers who hail from Kam Chuk village in Shun Tak, Guangdong. The history of their origins is reflected in the branding, which for many years was named Kam Chuk Koon Yick Food Factory. Operating out of a shop on Gage Street, Koon Yick had established itself as a leading manufacturer of chilli sauce in Hong Kong and Canton by the 1910s. Approximately a decade later, the brand reached international recognition when Koon Yick sent some of their products to the British Empire Exhibition at Wembley in 1924, and won several awards.

Aside from factory operations in Shanghai, the second-generation owners in Hong Kong rebranded and established Koon Yick Wah Kee in 1951, presumably as a nod to the new owner Tam Siu-wah. By the 1960s, they had expanded to having two factories in Hong Kong, a branch factory in Macau, and a retail outlet in Kowloon City. Third-generation owner Tam Wai-kan later established Koon Yick Food Ltd in Shenzhen in 1989, and the plant was eventually relocated to Huizhou in 2012.

10 best picnic spots in Hong Kong for a chill...

Yuet Wo was established in Hong Kong by brothers from Foshan, and are the only such manufacturer in the territories with their own alcohol fermentation facility. Even with over 70 years of experience in the industry, they still insist on fermenting their sauces using the traditional methods passed down from three generations ago. Their chilli sauce is not too spicy, which makes it great for those who like a kick but without much of the burning heat that accompanies most hot condiments. It also comes with a sour hint, and makes for a good dipping sauce or drizzled over fried noodles. 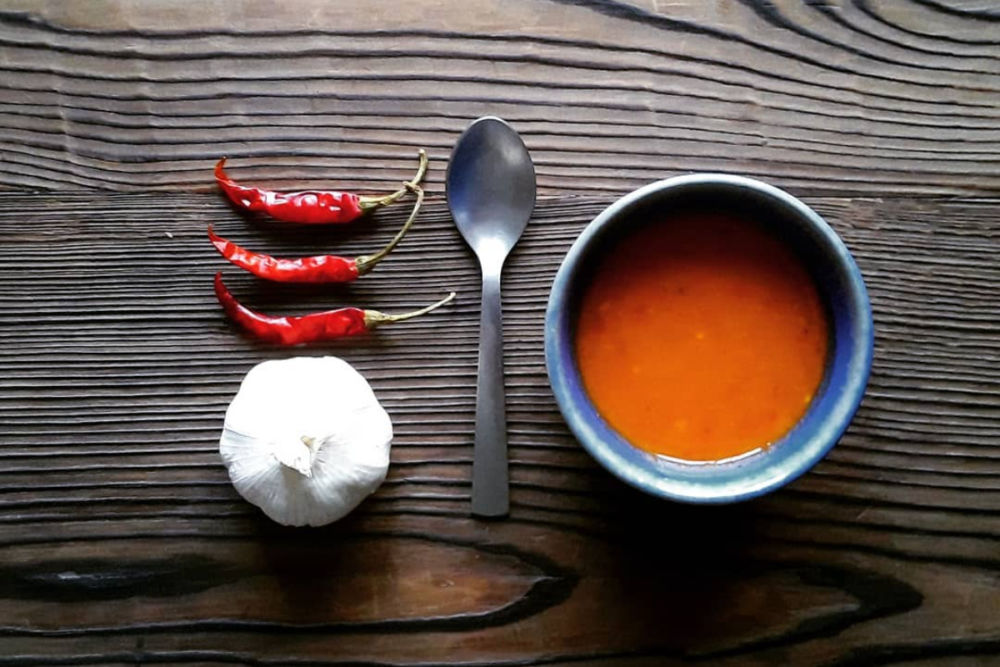 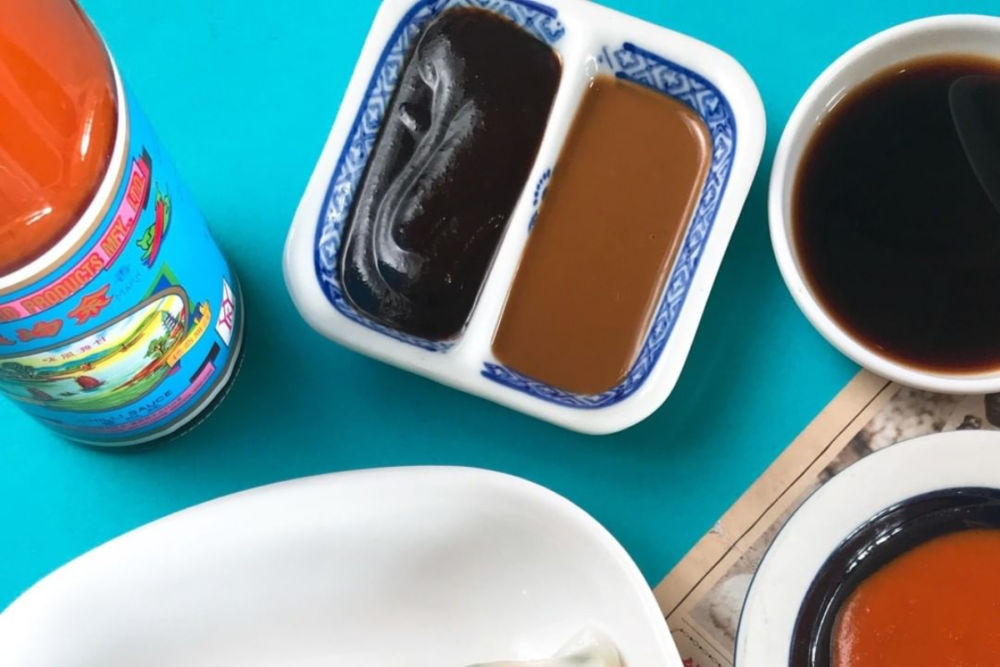 If you like spicy foods but don’t want to mess around with cutting chillies—a dangerously pungent business, especially if you’re in the habit of rubbing your eyes!—then stock up on chilli sauces. Cantonese cuisine focuses on fresh flavours and bringing out the umami taste in foods rather than on strong-tasting flavours, so this minimalist cuisine goes down perfectly with a generous dollop of chilli sauce.

Remarkably versatile, chilli sauces go well with everything from dim sum dishes to pasta sauces. It’s not uncommon for Hongkongers in restaurants to ask for a variety of chilli oils and sauces to go with dishes from a single meal. Be brave and experiment with brands, varieties, and foods to have this punchy condiment with!

Summer is a great time to incorporate chillies into your diet, as according to traditional Chinese medicine concepts, our stiflingly hot weather means a great deal of ‘damp heat’ gets accumulated in the body. You’ll know if you have too much of this heat if you have a persistent bitter taste lingering in the mouth, a thick coating on the tongue, feel thirsty but have no desire to drink water, or have issues with the urinary tract. Chillies are a food which imparts ‘dry heat’, meaning it can dispel this ‘damp heat’ and its unwanted symptoms. Some also argue that chillies can help with weight loss, because you’ll eat less if the dish physically hurts to eat on some level. As chilli sauce lovers, we sure can’t attest to that! 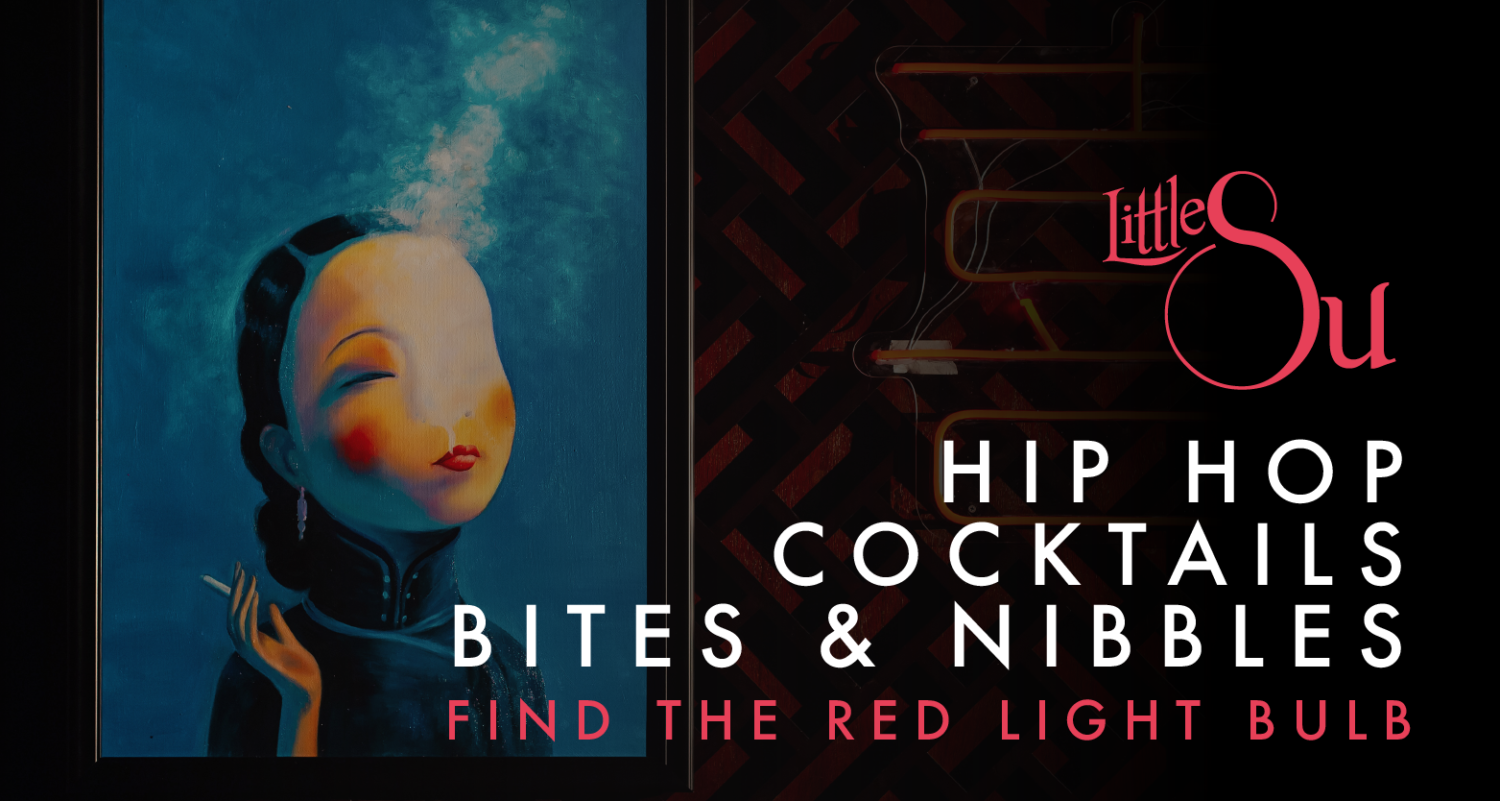 10 newest cafés in Hong Kong you must visit this July