We can all agree that 2020 has been a pretty terrible year, but one hidden blessing is that it has enabled many families to spend a lot more time with their children. Increased quality time for bonding is excellent to have, but as a parent, have you been wondering if your kids have been learning enough while homeschooling? Are they playing too much? Should they be studying more?

As adults, we often underestimate the value of play, and how it stimulates growth—both mental and physical—in children. So even if your little tyke isn’t top of the class in math just yet, cut yourself some slack. After all, life is a marathon, not a sprint! We chatted to Katrin Tzembelikos from The Toy Chest—a mother of three herself (“Five, if you count the husband and the dog!”)—to find out more about how kids can still learn while enjoying themselves, whether their schooling is conducted online, or in a limited physical learning environment 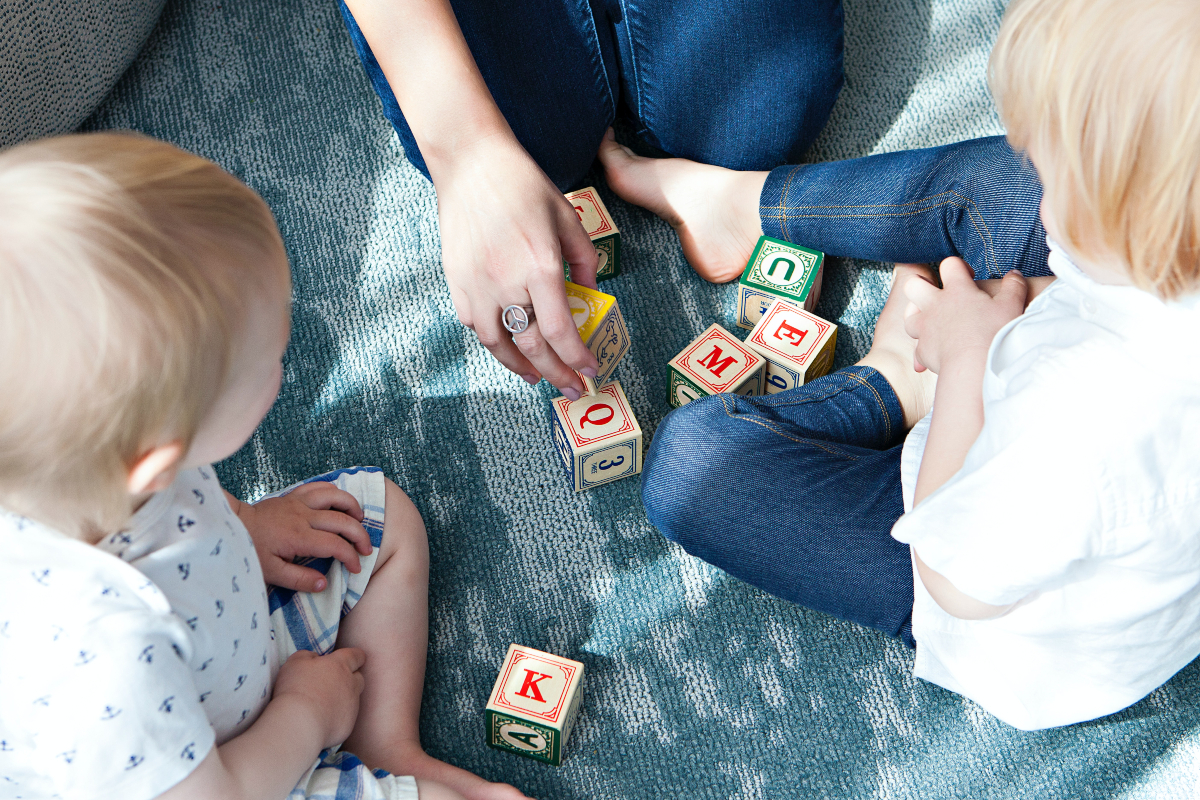 Play is in our DNA

All children, in fact everyone, even adults, need to play. It’s ingrained in our DNA: biologically, psychologically, and socially. Play is much more than just fun, it’s fundamental to our healthy development and well-being. This is derived from our natural desire to understand the world and helps kids to regulate their own feelings and desires.

Most kids find it more important to be playing a game with their friends rather than just fulfilling their own selfish needs. Play of almost any kind helps to train self-control—a big building block for success later in life, especially nowadays in our era of digital distractions. 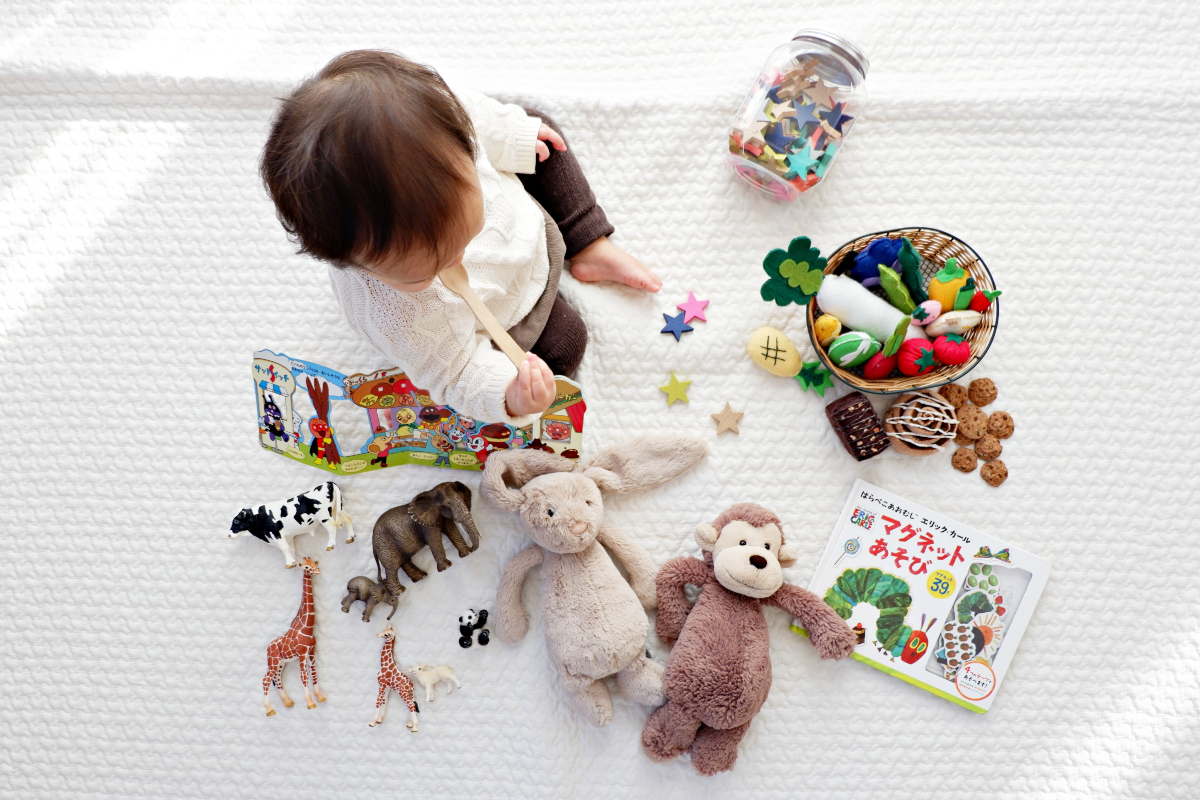 Using toys or play time as a form of reward

Goal setting is taught at a young age. Kids are more driven to obey rules or perform a task if they know there’s a pot of gold at the end of the rainbow. Many children’s stories are built around this thinking. This is true for any age, of course, so it isn’t only applicable to kids.

You can reward your child with playtime and their favourite snacks after they have finished their homework, or prepare something extra when they get a high grade: like surprising them with a new toy that they’ve got their hearts set on. Rewarding good behaviour will increase their sense of self-discipline and self-esteem. 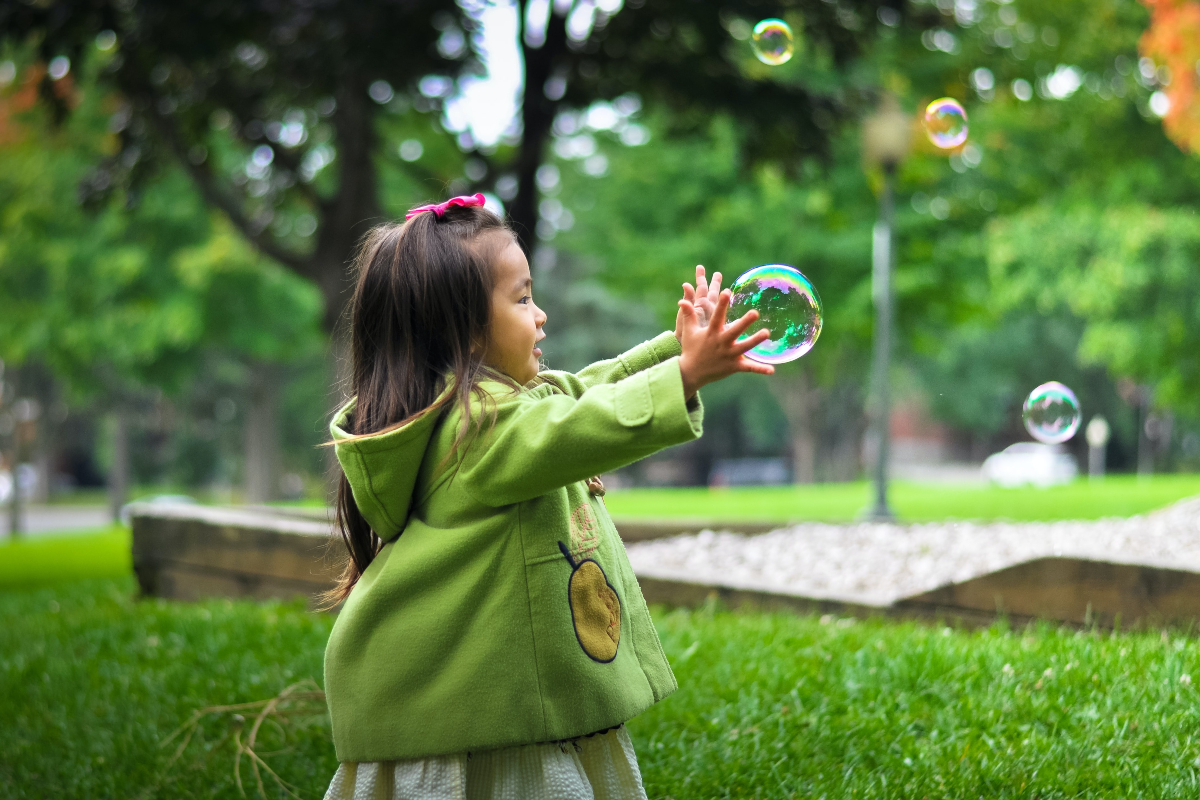 Playing, especially outdoors, is healthy for both body and mind

Play helps your children grow emotionally, it is joyful and provides an antidote for anxiety and stress. Going out and about in fresh air and nature has a calming effect on the whole body, which also reduces stress and in the long run lowers the risk of disorders or phobias developing.

Bubbles for little kids, bouncy balls, or frisbees are all easy ways to play outside and get the endorphins going as well as fine-tuning motor skills, developing hand-eye coordination, the ability to focus and pay attention, and self-control. 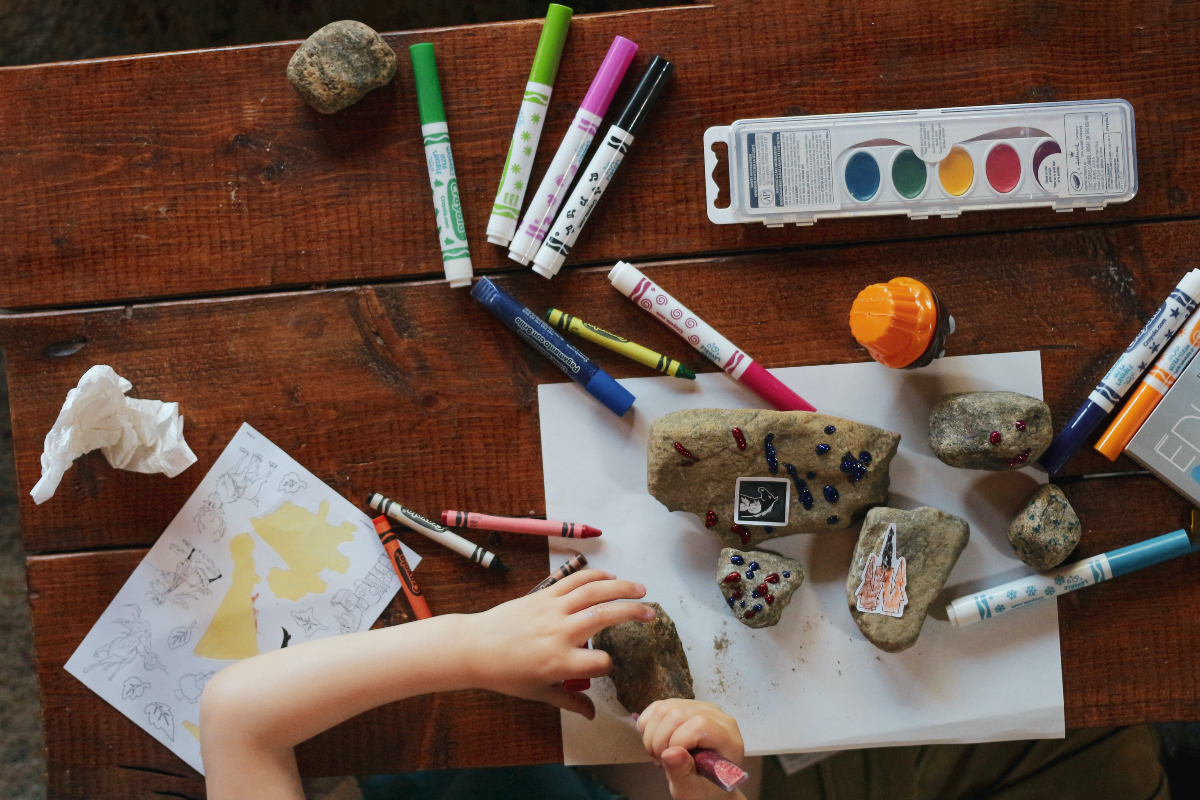 Sometimes play is completely spontaneous and unplanned. Other times, it’s planned, but the child chooses to make a detour and alters the initial intention. This sense of the unknown provides kids with a testing ground for life and strengthens a flexible and adaptable mindset (as opposed to a rigidly fixed one)—a vital life skill. Even with nothing more than a few cardboard boxes and their imagination, kids are able to play for hours and become anybody they want to be as they triumph over challenges and set off on adventures. 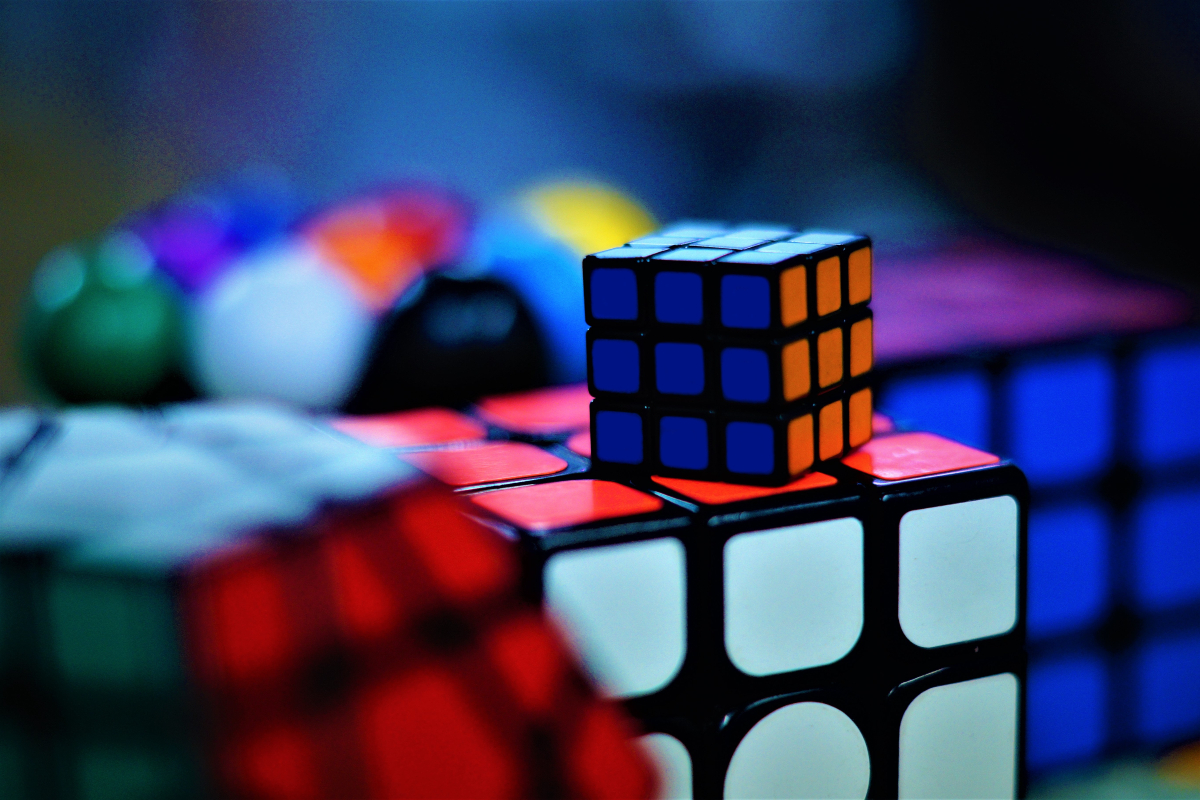 “Every problem is a gift. Without them we wouldn’t grow.” – Tony Robbins

Whether it’s a simple puzzle, a Rubik’s cube, a maze, or a riddle, brain-teasers deliver a wealth of benefits. They help to build patience and memory mapping, enhance dexterity and spatial awareness, as well as shape recognition, self-esteem, hand-eye coordination, and topic-specific knowledge.

Toys like Rubik’s cubes, for example, can often be used to break negative habits such as nail-biting. If we can make problem-solving fun for our kids, their future is bright because they’ll have it ingrained in them not to shy away from obstacles, but rather embrace them with a positive attitude.

And it’s not just kids. Recently, an inspiring Rubik’s cube movement for blind people has started to grow in Hong Kong. A distinguished corporate trainer named Sir Paul lost his vision in his early 50s. After dealing with an initial bout of depression, he challenged himself to solve a Rubik’s cube despite his lack of sight. Since then, not only has he rededicated himself to being an independent corporate trainer, his business is now stronger than ever. If that’s not inspiring, we don’t know what is! 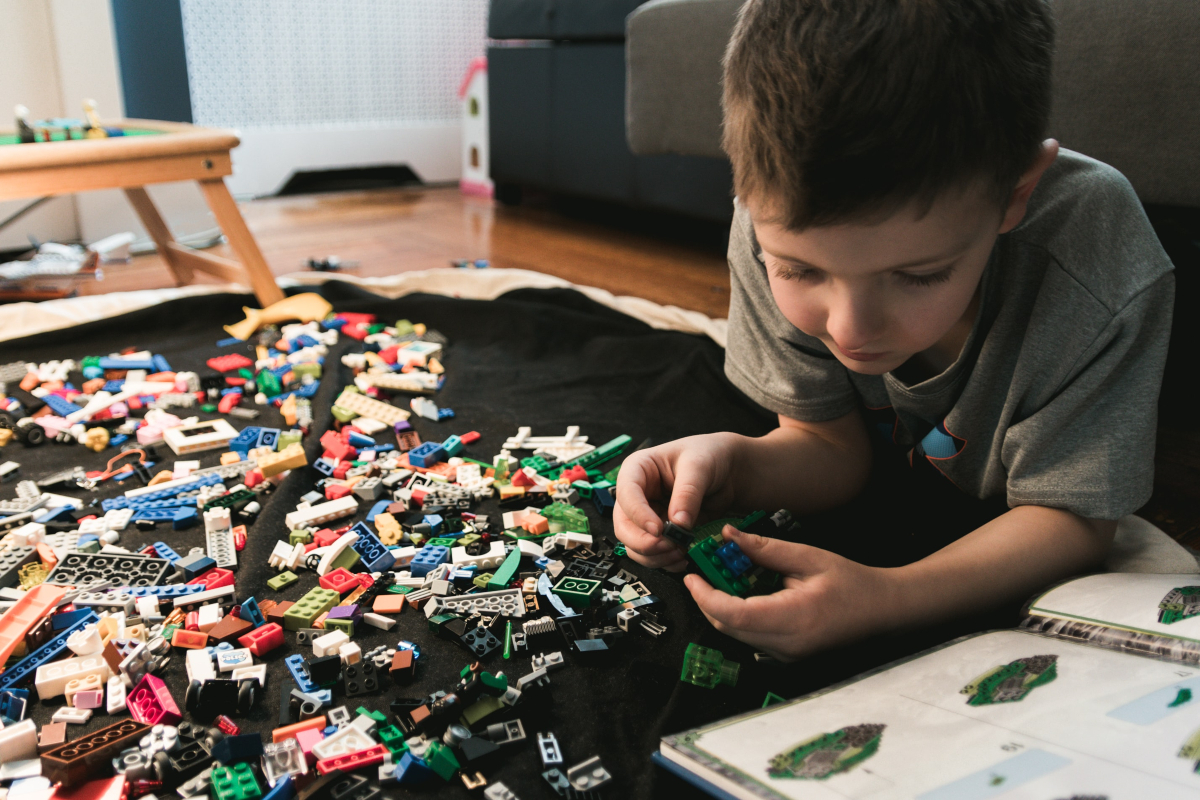 Many kids start “building” things with simple wooden blocks, coloured or not. They then progress to connecting plastic bricks such as Lego or MegaBlox, and may even continue all the way up the scale to building Vex Robotics, and end up providing the tools for the problem solvers of tomorrow.

Whichever forms of building are being used, these are powerful learning tools. Studies suggest that they help with language skills, expand the capacity for divergent, non-linear thinking, boost complex thinking, and improve social competence as well as engineering skills. Last but not least, complex block-play is also linked to a higher IQ and better maths achievements. Time to dust off the old Lego blocks?

The Toy Chest Shop is a local Hong Kong-based online toyshop run by the folks at Kade Global—a toy distributor, and manufacturer—who pride themselves on selling quality toys that kids love and learn from. The Kade Global team has kids too, so parents can be assured of genuine understanding, and high-quality, personal services. Visit their webpage or get in touch for more details.

How to foster creativity in your children from a young age