Deciding to Buy a Tesla 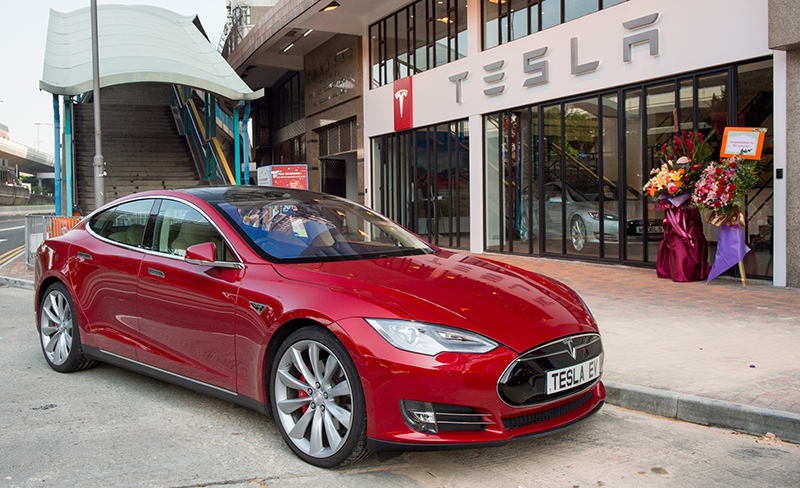 My head snapped back against the headrest as the seat tried to push itself through my chest. Surely this car ran on more than electricity. Calvin, my test driver for the hour thanks to a small oversight of never securing my Hong Kong driver’s license, had been dutifully detailing the car’s specs for the past 15 minutes, but now it was time to show the power of the Tesla P85. According to the detailed press release in the folder I was handed back at the new Sai Ying Pun test drive site, the P85 was capable of reaching 100km/h in 4.4 seconds. As I watched the speedometer climb it seemed like the fastest 4.4 seconds I ever experienced. Calvin explained that without the need for combustion, the car could transfer power to the wheels faster than a gas powered car, improving the time it takes to impress friends and journalists who had never experienced a Tesla test drive. If you’re looking for a family sedan, Calvin assured me, you don’t have to sacrifice on looks or performance. Much of what my young driver was saying seemed straight from the Tesla handbook, but he was saying it in such a casual and unsalesy way – underlining the fact that he is not a salesman but a Product Specialist. Calvin explained that the Tesla approach is to be inclusive and not prejudiced against potential buyers – they don’t put you into the potential buyer category until they get to know you better. In the beginning you’re a test driver. By the time Calvin put his foot on the brake I was sold. How much is one of these things again? Got anything you'd like Localiiz to share? Send us your stuff!