If you are anything like us, you often find yourself spending as much time trying to decide what to watch on Netflix as you do actually watching something. With hundreds of titles in its library, it’s hard to gauge whether a film or television show is worth watching, much less find anything within the sea of options that catches your eye.

With it being Netflix Hong Kong, you may have noticed that there is a category for local films, which houses numerous options from a rich cinematic canon. From the world-famous action genre to lesser-known but equally fantastic comedies and dramas, there are many flicks worth your time from Hong Kong’s storied cinema history. Not to knock Hollywood, but sometimes, you just want to watch a film made by people right here in the 852.

Cut down on the time spent looking through all the films from this category with our non-definitive list of the best Hong Kong films on Netflix to add to your watchlist.

The John Woo-directed crime film, A Better Tomorrow, is a guns-blazing whirlwind of talent from lead stars Ti Lung, Leslie Cheung, and Chow Yun-fat. The three surpass expectations of stock action film characters, showing the men behind the typical roles of gangster or cop. Considered a classic of the genre, the film has inspired everyone from directors to rappers and remains one of the most enduring gangster films of all time.

Lung and Cheung portray brothers on opposing sides of the law as a counterfeiter and a police officer, respectively, while Chow plays fellow gangster Mark. As the three struggle to make more of their lives, the rumblings of the triad world threaten to take them all down.

Police Story is a legendary action-comedy film that kickstarted a franchise and remains one of Jackie Chan’s best films to date. Chan electrifies on the silver screen as a police officer who, after arresting a notorious crime lord, finds himself framed for murder and on a race against the clock to clear his name.

The film is renowned for its many elaborate action sequences, including one where Chan hangs onto a double-decker bus with nothing but an umbrella. The famous Jackie Chan Stunt Team is in top form, as is star Chan, who proves multiple times over why he is one of Hong Kong’s greatest superstars. Widely considered one of the best action films ever made, this one is a must-see for action lovers everywhere.

A quintessential Johnnie To picture, Election is a gritty and realistic depiction of the Hong Kong criminal world. In two standout performances, Simon Yam and Tony Leung Ka-fai rely on subtlety and nuance to convey the brooding intensity of their portrayed gangsters and provide authenticity to what could have potentially been cartoonishly evil characters.

With the term of the chairman of the Wo Shing triad coming to an end, the election of a new chairman goes underway. Yam and Leung excel as the opposing candidates who battle it out, with a result that threatens to upend the code of brotherhood within the group.

It’s A Mad, Mad, Mad World attempts to answer the age-old question of “More money, more problems?”. Television announcer Uncle Bill (Bill Tung) and his wife Aunty Lydia (Lydia Sum) dream of a better life while they raise their family in cramped public housing. Their dreams seemingly come true when Aunty Lydia wins the lottery, beginning a brand-new set of misadventures for a family who suddenly finds themselves flush with cash.

Frequent scene partners Tung and Sum shine in a film that perfectly utilises their comedic talents both together and apart. Their chemistry is certainly the highlight, grounding the sometimes absurd situations and drawing the audience’s investment in the family’s story.

Wilson Yip’s Ip Man tells a semi-biographical tale about the famed grandmaster of the Wing Chun martial art and eventual teacher of Bruce Lee, Ip Man. Set in Foshan largely during the Second Sino-Japanese War, the film follows the Ip family as they try to navigate the hardships of the Japanese occupation.

Featuring powerful action scenes and skillful fight choreography, the film is a worthy account of the martial arts legend. The performances all uphold the believability of the story and add a heartfelt layer to the dynamic action sequences. However, the film ultimately belongs to Donnie Yen, whose sincere portrayal of the titular character leaves you invested in his story and on the edge of your seat.

Hong Kong funnyman Stephen Chow heads up this classic comedy that will make you laugh harder with every rewatch. This brand of slapstick is Hong Kong’s undisputed “King of Comedy” in his prime, with a hilarious supporting performance by Ng Man-tat that helped it become the highest-grossing Hong Kong film of 1991. When watching this film, you’ll have no doubt why Chow was on his way to becoming a megastar, and how the “Stephen Chow Phenomenon” soon took China by storm in the late 1990s.

Chow Sing-sing (Chow) is a police officer on thin ice after a screw-up and soon finds himself back in the bane of his existence—high school—on an undercover assignment to recover a stolen revolver. As the mission becomes more complicated, Chow is aided by a new partner—an incompetent police detective (Ng)—and begins to develop feelings for the school guidance counselor (Sharla Cheung Man).

An Autumn’s Tale is a tender drama that is another must-see. Cherie Chung stars as Jennifer opposite Chow Yun-fat’s Samuel in this transatlantic Hong Kong film set in New York City. Just as Jennifer arrives in New York to study and see her boyfriend Vincent (Danny Chan), she gets dumped. Soon, she finds herself forming a connection with Samuel, a distant relative, who is a waiter with bigger dreams.

Notable director Mabel Cheung masterfully directs this understated gem that perfectly captures how it feels to arrive in a strange new land. Chung and Chow share an easy chemistry—a must for any romantic film—that translates well in scenes where even they don’t realise what exactly their bond is.

In yet another star vehicle for Chow Yun-fat, God of Gamblers is an action-comedy that certainly deserves a watch. Chow is as convincing a male lead as always, bolstered by an early supporting role from Andy Lau. Communicating a convincing on-screen rapport, each actor brings his own brand of charm to the film’s interesting premise.

Chow stars as the anonymous “god of gamblers” Ko Chun, who has a knack for winning games of chance. Just as Chun is slated to take part in a high-stakes poker game, he loses his memory and finds himself under the care of a troublemaking gambler, Little Knife (Lau).

Acclaimed director Dante Lam helms this no-holds-barred action-thriller about guilt and redemption. Nicholas Tse plays a police officer who struggles to come to terms with the innocent lives lost in the aftermath of a catastrophic car chase he was involved in. When the opportunity to avenge them arises, he stops at nothing to catch the ones responsible.

Tse dazzles throughout the film in a role that highlights the full spectrum of his acting ability. However, it is Nick Cheung Ka-fai as the criminal Hung King who truly mesmerises viewers as a man who has much more brimming behind his menacing demeanor and seemingly straightforward motives. 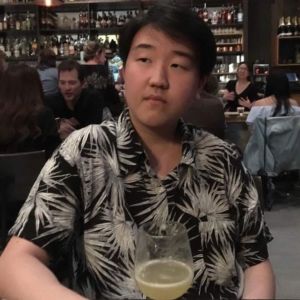