Hong Kong doesn’t have the best track record for fostering indie music and rookie musicians. It may be a difficult place for bands to find recording studios and performance space, but in spite of that, there is still a wealth of phenomenal local musicians and groups that call this city their home, keeping the budding live music scene alive. We hope the Hong Kong bands highlighted in this round-up can help you discover some new music and expand your library. Have a listen; there’s something for everyone, from shoegaze to math rock. 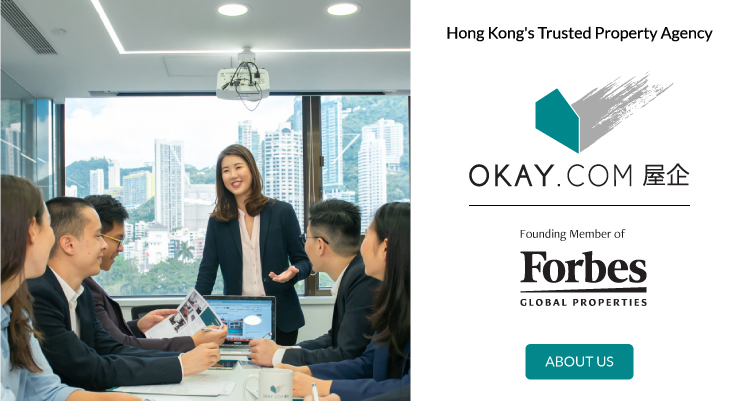 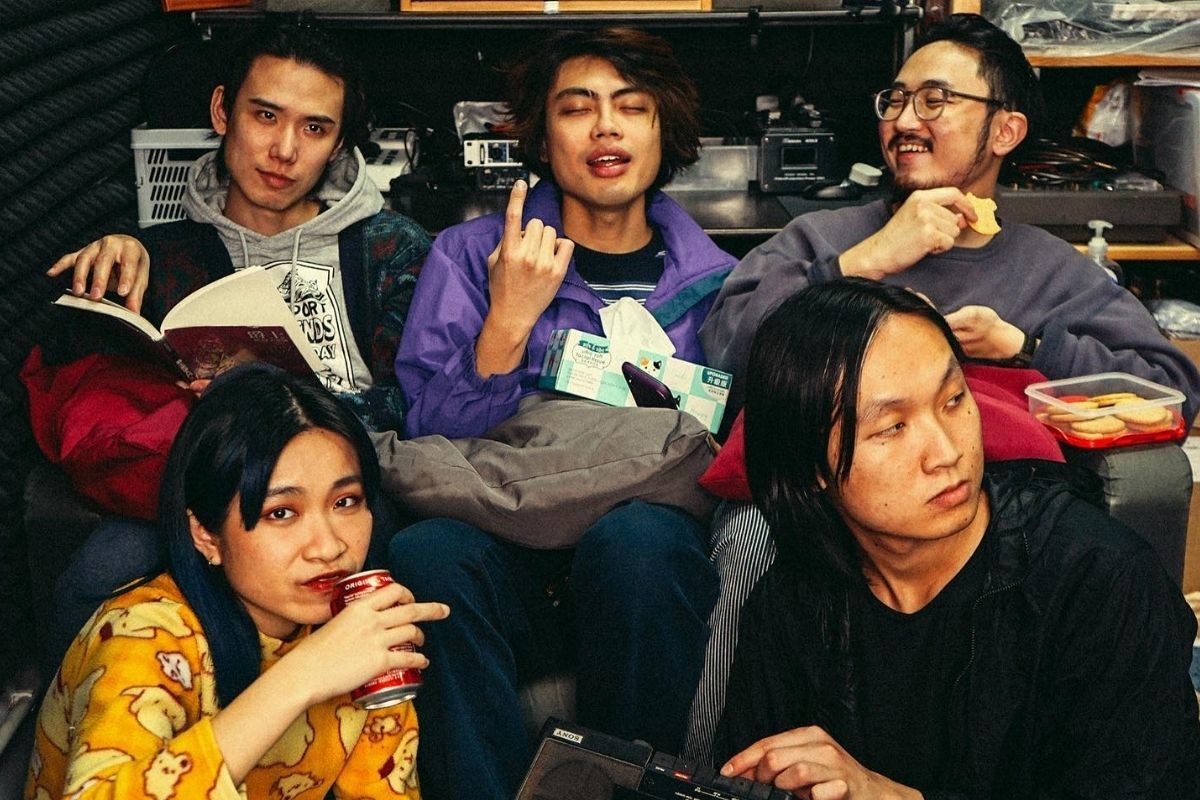 Formerly known as Thud, shoegaze quintet Lucid Express has opened for their idol Yuck, played to the Clockenflap crowds, and have filed a summer tour in the UK under their belt. Founded by brothers Wang and Wai in 2012 in the classrooms of the Hong Kong Design Institute, their line-up currently consists of Andy and Sky on guitars, Wang and Wai on bass and drums, and Kim on vocals and synth.

First gaining traction following the release of their 2015 EP Floret, featuring a remix by Yuck frontman Max Bloom, they’ve only kept going up, releasing the 10-track self-titled album Lucid Express in 2021. Inspired by the “skyscrapers, mountains, and packed alleyways of Hong Kong,” their whimsical moniker is one that perfectly captures their dreamy and vibrantly nostalgic new wave sound. 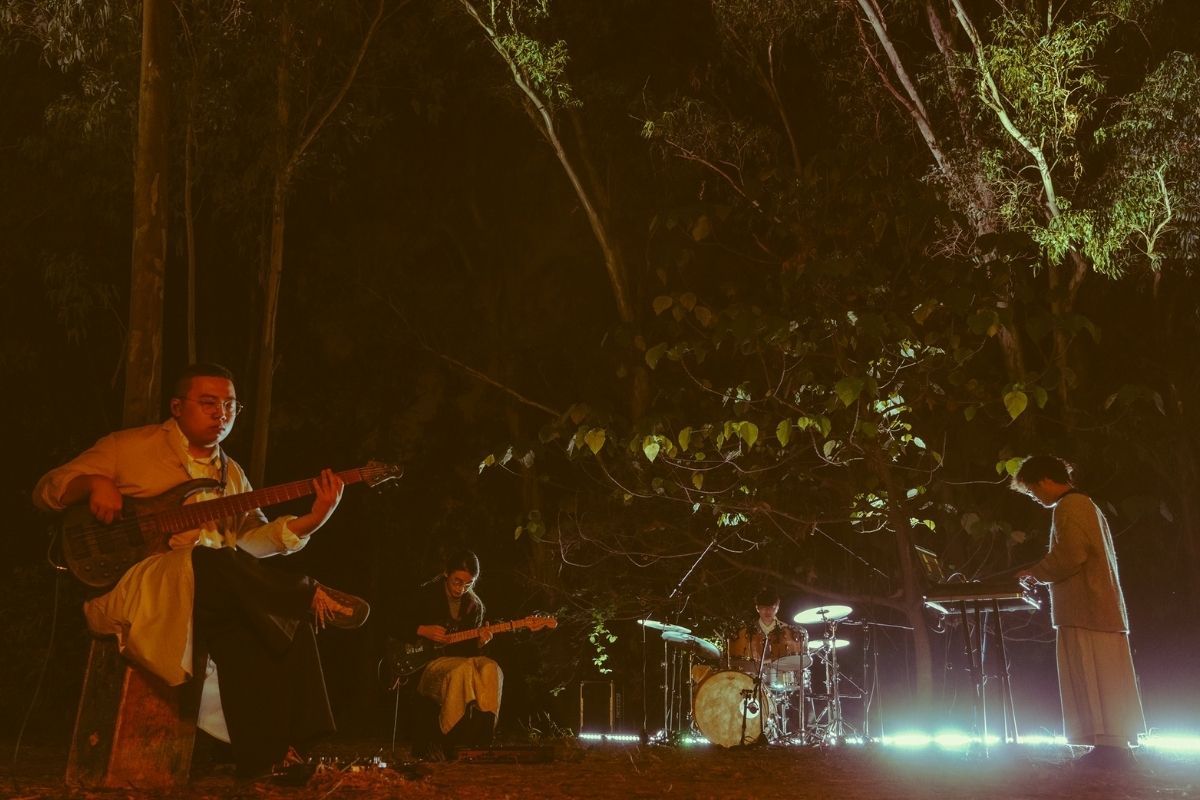 Critically acclaimed and criminally underrated, math rock quartet Prune Deer has a dedicated fanbase in Hong Kong and Southeast Asia. Prune Deer’s frontman and vocalist parted ways with the band shortly after their formation in 2013, but they’ve only gone from strength to strength, creating music that they say “doesn’t need words.”

Blending complex beats, ever-changing rhythms, and atmospheric melodies, guitarists S.F. Tang and Nature Hin, bassist Jimmy Ling, and drummer Kwan Shing have two beautiful albums, as well as numerous tours under their belts. Most of their songs are instrumental; however, there are a select number of collaborations with vocalists from Hong Kong and Japan that only elevate their intriguing compositions. 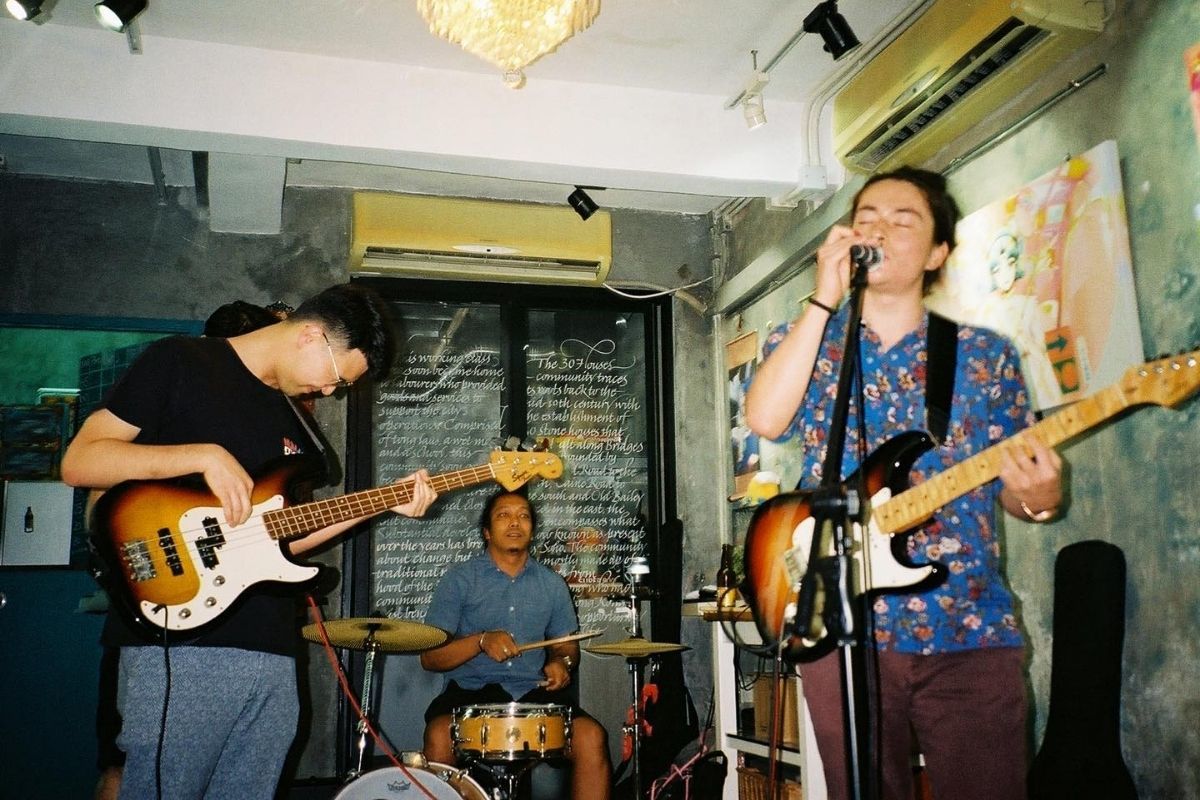 Up-and-coming indie beach rock project Mr Koo is a breath of fresh air in the live music scene. Lead vocalist and guitarist Ollie Rodgers named Mr Koo for his mother’s maiden name, following the confusion of performing under his own name.

Rodgers remains the chief songwriter, keeping the catalogue up-to-date with catchy melodies and summery vibes. They’ve been showcasing their dynamic energy in the local scene, playing sets at well-loved live music haunts like The Aftermath, Terrible Baby, and The Wanch, and we can’t wait to hear more catchy tunes from them soon. 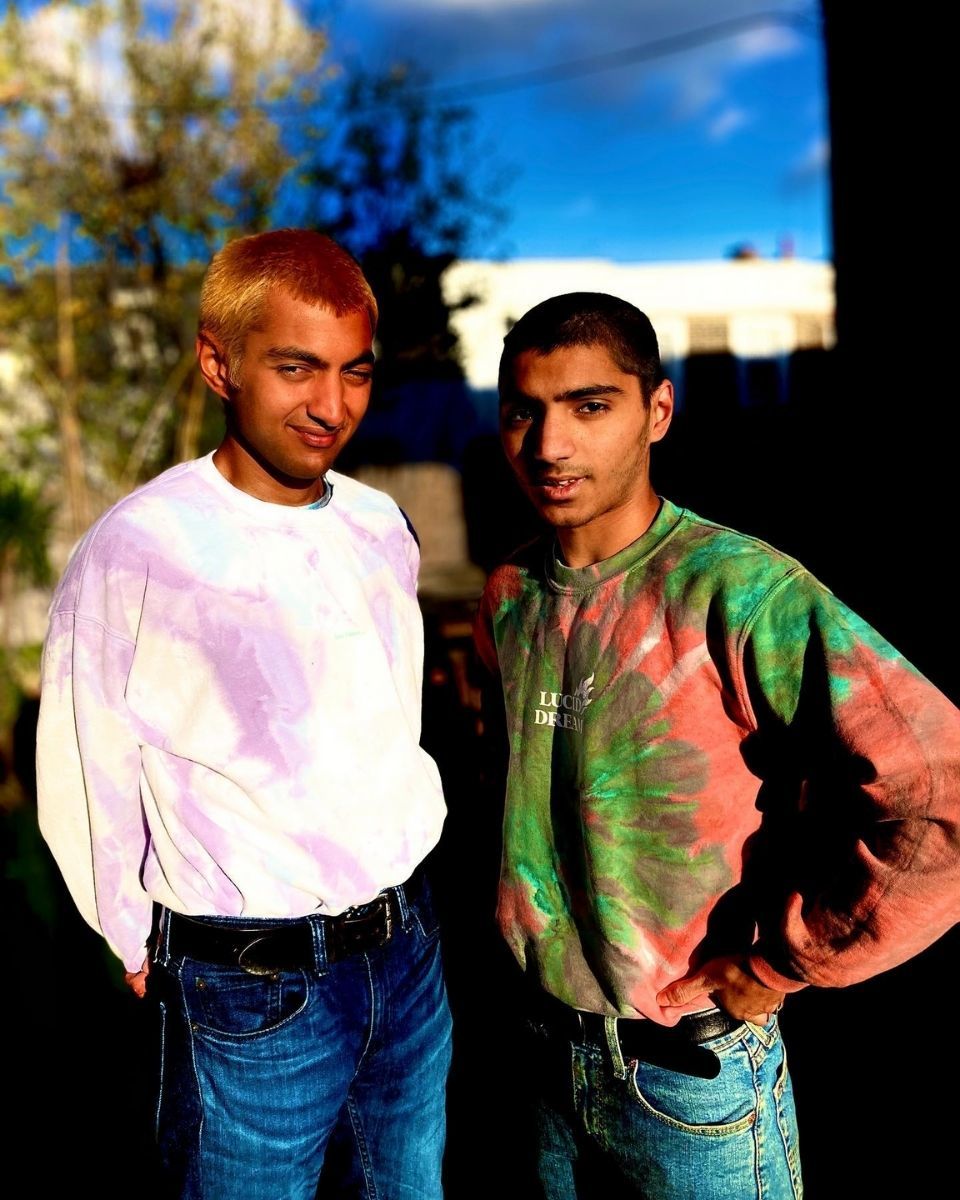 Brothers Trippy Kish and Peefs Daze founded The Paisley Daze right here in the 852, but split their time between Hong Kong, London, and the rest of the world. Deeming their music “Third Culture Funk,” the two are inspired by a wide range of musicians, from The Stone Roses to Skepta.

The Paisley Daze not only makes new-age rock and roll, but dabble in R&B, soul, hip-hop, and pop as well. The boys are no strangers to the stage, with an extensive list of past performances both locally and in London, and their sets are guaranteed to bring the ruckus. 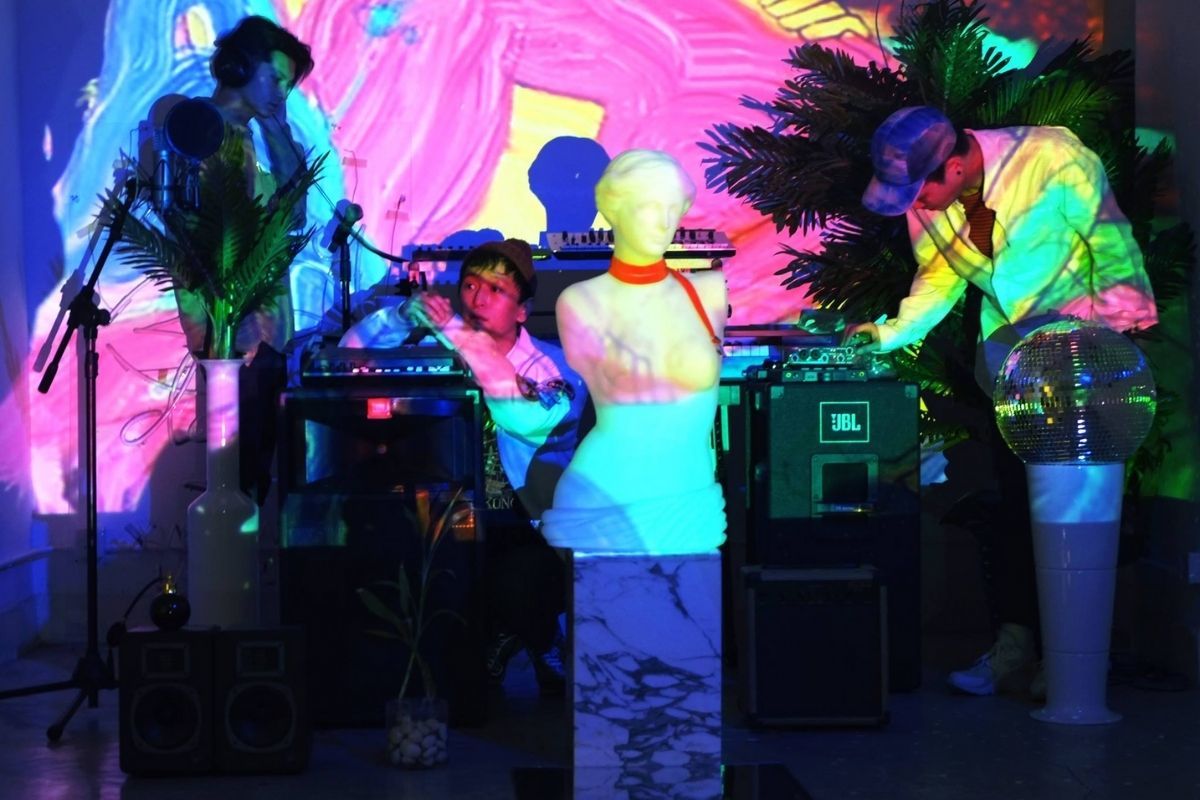 Indie electronica outfit Ni.Ne.Mo claims they are “your girlfriend’s favourite band,” but we reckon they could be everyone’s favourite band. Ni.Ne.Mo has been a stalwart of the local music scene for years, playing Clockenflap in its early editions, witnessing the chaotic struggles of Hidden Agenda, and opening for big names like Toro y Moi and Tame Impala.

Having been on a steady come up since forming in 2009, Ni.Ne.Mo’s ever-shifting tunes have imbued the Hong Kong indie scene with multidimensional influences, blending their signature spacey mesh of indietronica and alt-rock into new and constantly changing sounds. 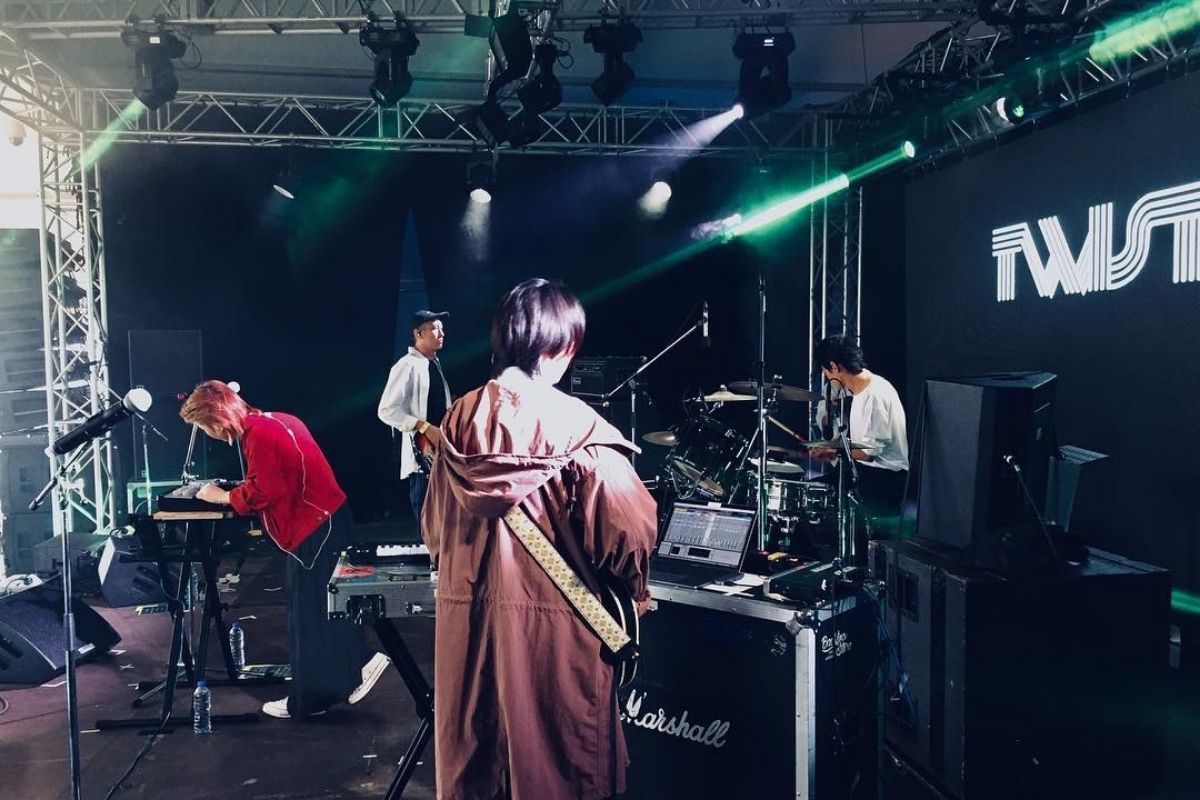 Twisterella* has had a tumultuous decade carving out a name for themselves and their shoegaze and noise pop sound. Known for their atmospheric live gigs featuring DIY lights and visuals, Twisterella*’s meticulous work ethic and creativity bleeds into their debut album, Seasons over the Years, released in spite of challenges of restricted cash flow and limited experience recording in their own studio.

After multiple line-up changes, the four-piece is as of now made up of vocalist Karen, bassist Sammer, guitarist Hanes, and drummer Joe, who are keen to keep moving forward into their journey of experimenting with the Twisterella* sound. Keep an eye out on them as they continue to make strides with their ambient and intense tunes. 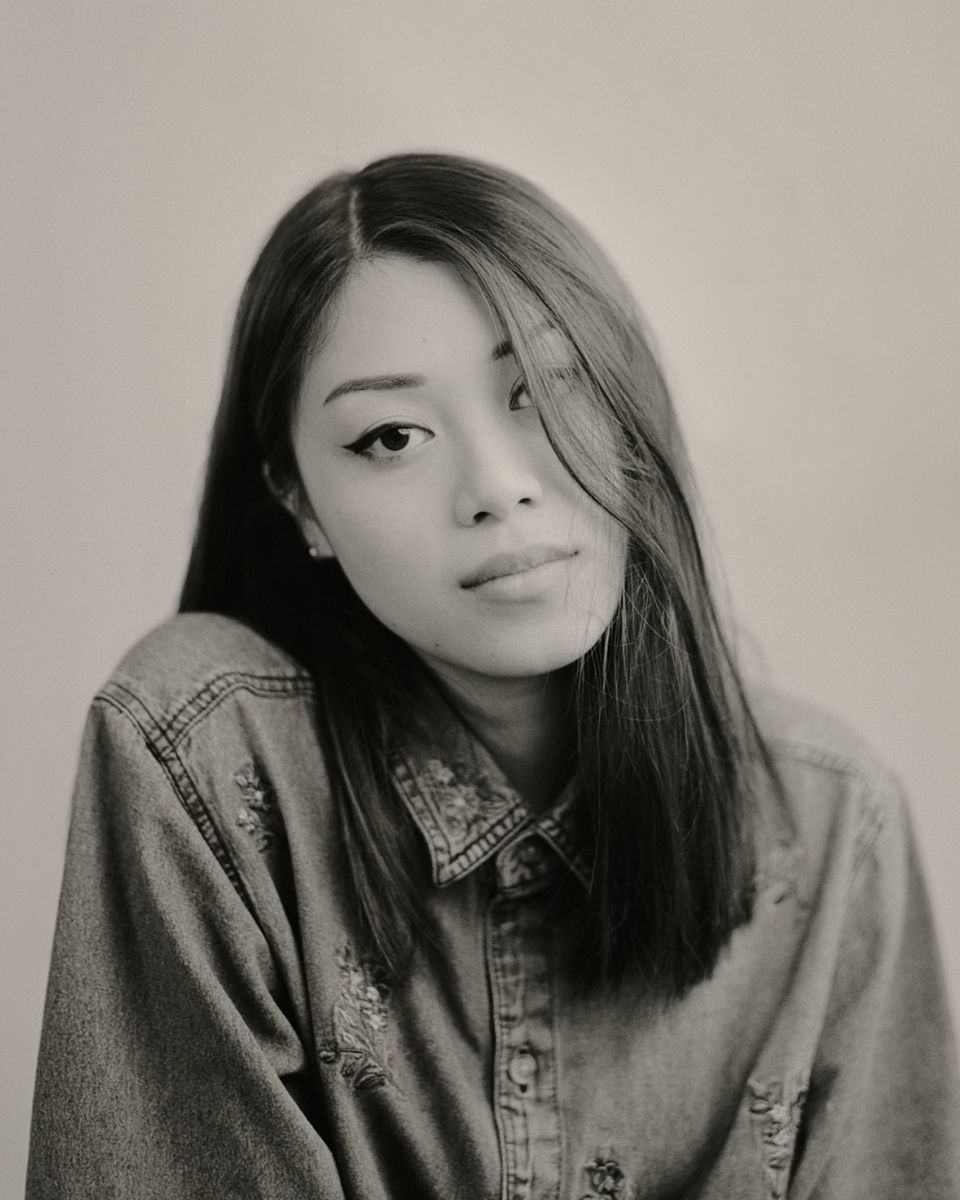 Not a band, but Hong Kong native and indie pop princess Cheryl Chow, known professionally as Cehryl, is an independent creative powerhouse. Her education at the prestigious Berklee School of Music has allowed her to write, record, produce, mix, and engineer every piece of music she creates.

Her breakout single, Side Effects, landed on the Spotify indie charts, putting her in the spotlight. After years of Soundcloud loosies and magically-crafted EPs, Cehryl had dropped her long anticipated 13-track debut album Slow Motion, an emotional display of her identity as an artist.

It’s easy to get lost in her smooth voice and beautifully-hazy music, as one is wont to do with films like In The Mood For Love that have similarly inspired her songwriting process. We can’t wait to hear more from Cehryl. 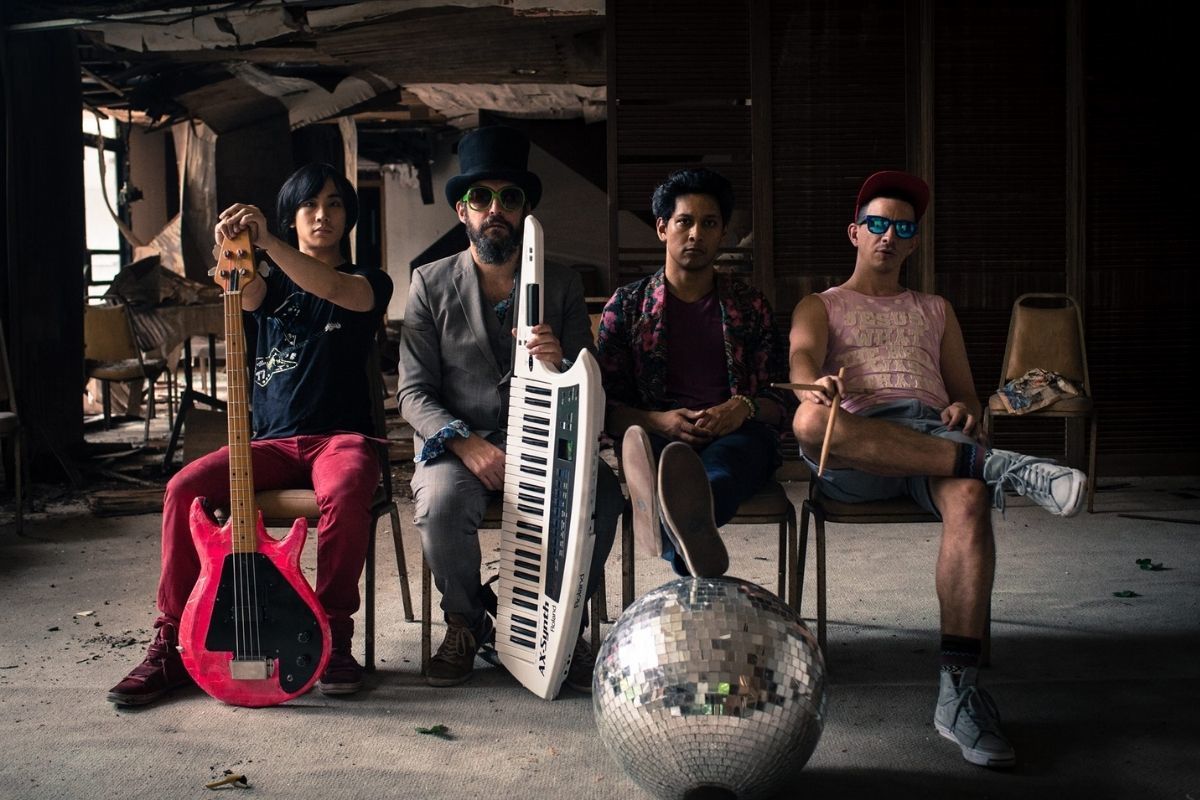 Energetic psychedelic dance rock and synth pop quartet Shumking Mansion have seen it all, having toured in Europe as well as around Asia. The passionate members are all foreigners who have found a home in Hong Kong and work full-time day jobs: Indian purchasing manager and vocalist slash guitarist Zaid, French banker and keytar player Jem, Canadian teacher and drummer Kent, and Malaysian building services engineer and guitarist Shum.

Shumking Mansion’s tunes are fun and upbeat, like a testament of their love for what they do. Showcasing a range of funky singles and a cohesive EP reminiscent of a bygone era, aptly named Disco Dystopia, under their belt, the shows they play never fail to get the audience off their seats and onto the dance floor—a goal that the band keeps at the forefront of everything they do.

Their imaginative personalities and taste in music shines through in their performance get-ups, apparently “critically acclaimed for its homage to an Ibiza tour group of drunkards.” 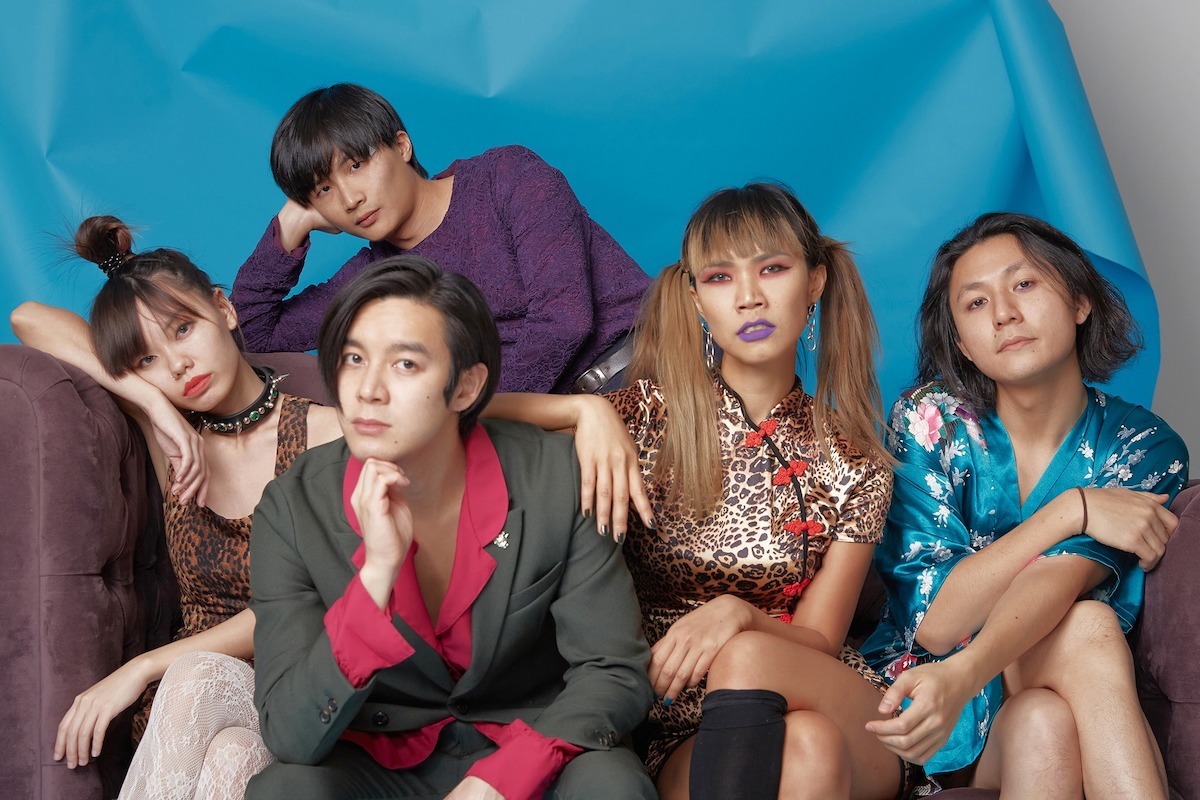 David Boring are the self-proclaimed “acceptable face of modern morbidity.” Combining punk, industrial rock, and noise music, DB doesn’t set out to entertain, and instead calls their music and live shows a “complete self-indulgent celebration of new age sufferings.”

Formed in 2013, David Boring’s namesake is the unlikeable, detached protagonist of the American cult classic graphic novel of the same name. A fitting name, as this band doesn’t try to be liked, though they have garnered a loyal fanbase, as well as critic recognition for their gritty, bewildering sound, scathing lyricism, and charmingly turbulent live performances.

The band has a powerful frontwoman in the shape of vocalist Laujan, Jason and Kit on guitars, bassist Jonathan, and resident drummer Underdog. 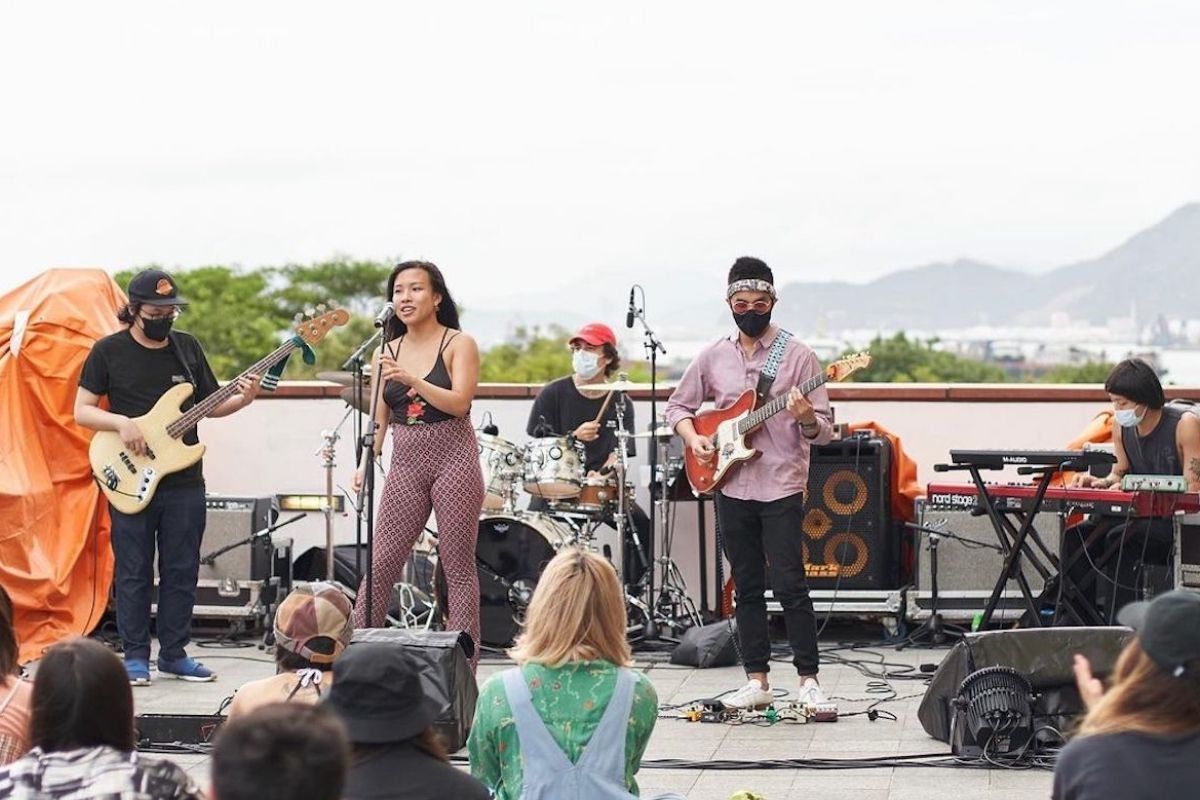 Conjuring up vibes of balmy evenings in a smoky jazz parlour through their vibey and soulful sound, Riddem plays a sleek melding of rhythmic grooves and chilled out beats. Glazing over their records and shows is an intoxicating air that will leave you in a mesmerised stupor. With Mat Lui on bass, Aldous Yu on keys, Akira Mimasu on drums, Arizton Pamplona on guitar, and Reggie Yip on vocals, the five-piece has been bringing a vibrant presence to the stages of Hong Kong.

Click here to listen to their music on the listed platforms. 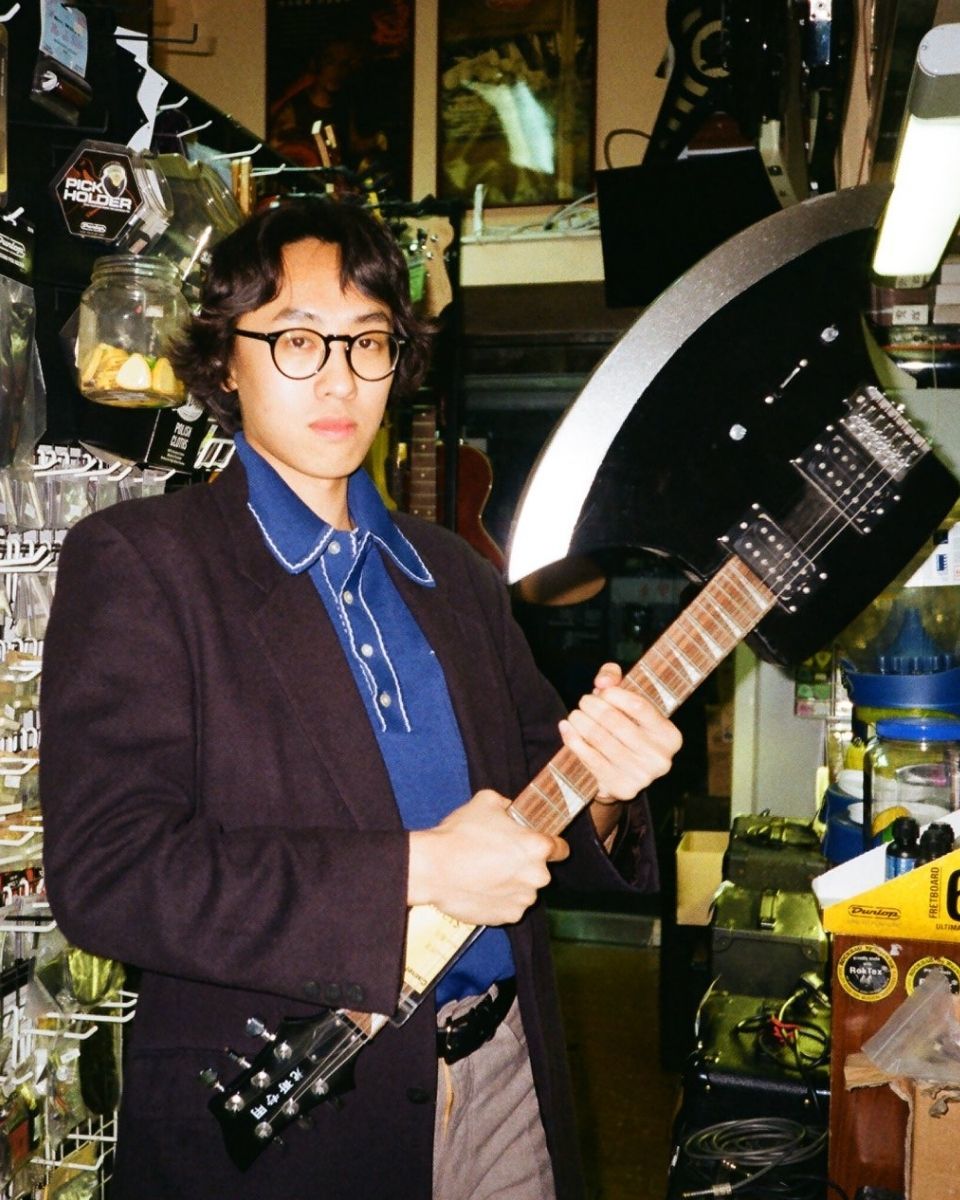 Chinese herbal doctor (yes, you read that correctly) Allex Chan, better known under the name of his musical front Room307, has been quickly gaining ground on the arena of bedroom pop in Hong Kong, having rubbed elbows with acts ranging from Canadian group Alvvays, to local pop goddess Kay Tse.

Almost always wearing a boxy oversized suit, bedecked in vintage thick-rimmed glasses, with wavy tendrils hovering as he shuffles to the reverberating soundwaves of his guitar, Allex’s aesthetic is markedly reminiscent of earlier decades, reflecting the confluences of past eras that show in his tracks.

Dubbed the “duke of sentimentality” (深情公子) for his tender-hearted lyrics in addition to his delicate and dreamy vocal stylings, the music of Room307 is a glowing treasure amongst the city’s dazzling local music scene.

Click here to listen to his music on Spotify. 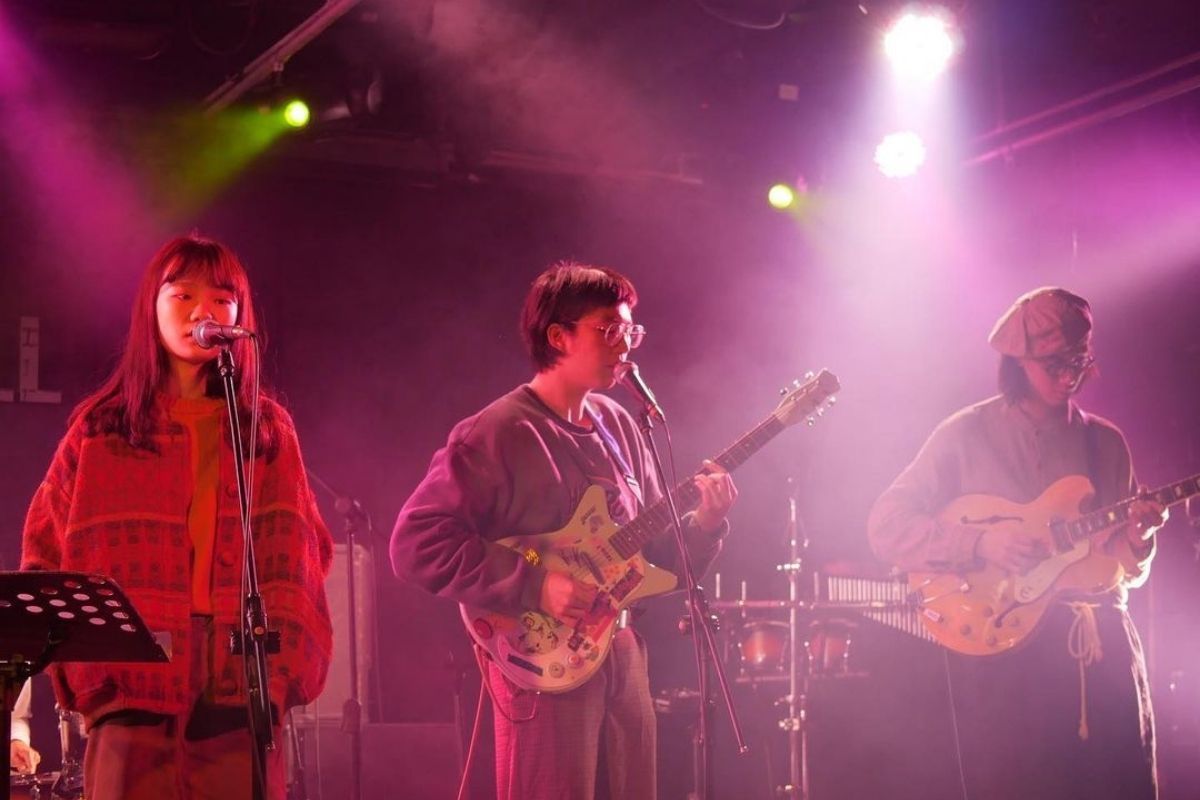 A playful nod to the classic Taiwanese snack of the same appellation, Science Noodles was first conceived when vocal lead and guitarist Yuet matched on Tinder with the then Taiwan-based vocalist Hung Ching.

Debuting with the seven-track Soothe Me in 2018, which was created mostly over long-distanced online collaboration, the group has since been supplemented with guitarist Martin and drummer Yui, and has performed as a complete unit in both Taipei and Hong Kong.

If you’re one for fuzzy crooning over gooey lo-fi melodies that bring about butterflies in your stomach, Science Noodles will definitely not disappoint.

Click here to listen to their music on Spotify.

4 key benefits of encouraging your kids to le...

5 singing tips for beginners, according to ex... 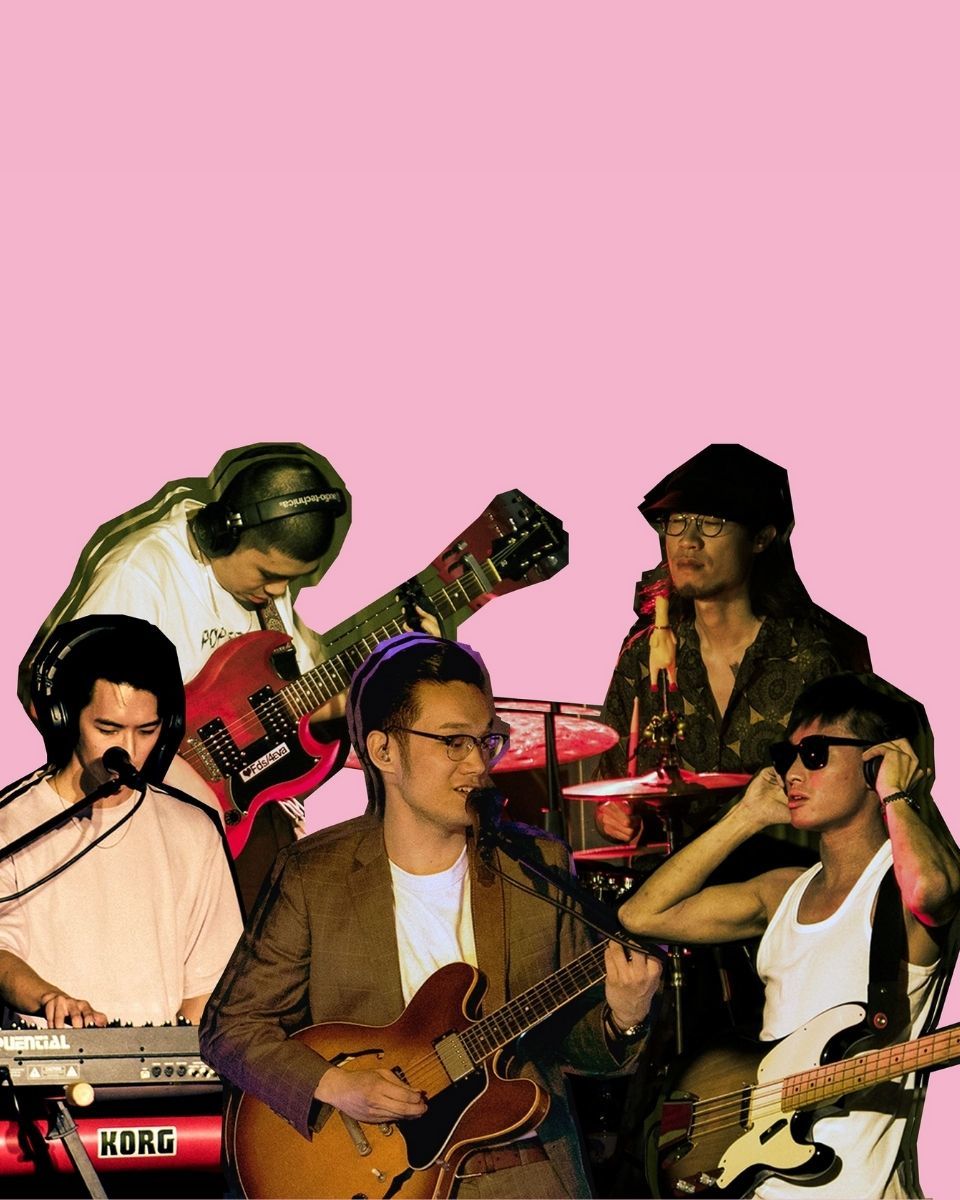 Self-proclaimed as Hong Kong’s “best boy band approved by women...and men,” Fds/4eva are a local quintet that presents a cheeky brand of indie tinged with influences of funk, chill wave, indietronica, alternative rock and soul, with frenzied sprinkles from all sorts of generic influences.

Click here to listen to their music on listed platforms. 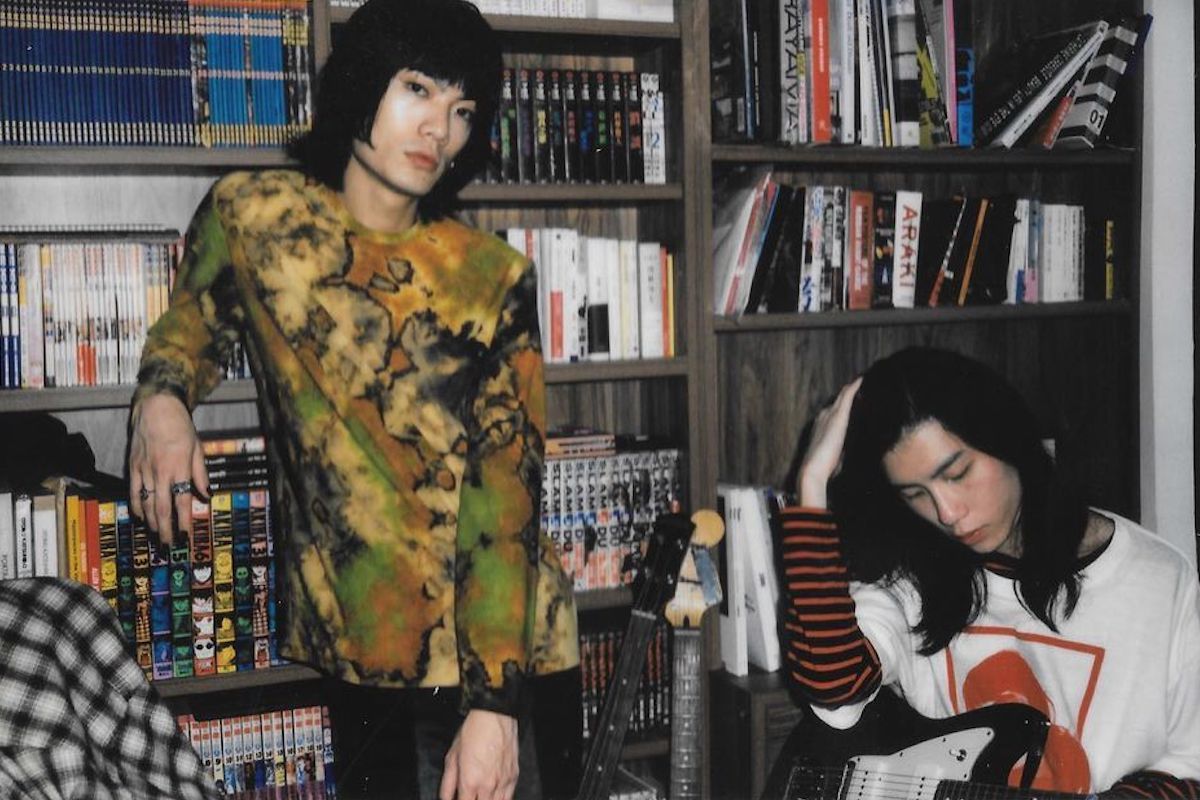 Brandishing hazy noise-rock and spiky sensibilities that have been widely embraced by Hong Kong indie-lovers, Arches have mastered piecing together the best elements from alternative rock music with a signature sound that’s equal parts fresh yet nostalgic. Their debut EP Goodbye Tragic Manga was released only in 2021, with Jack Ip on vocals and guitar, alongside Takuro Cheung on drums.

Click here to listen to their music on listed platforms. 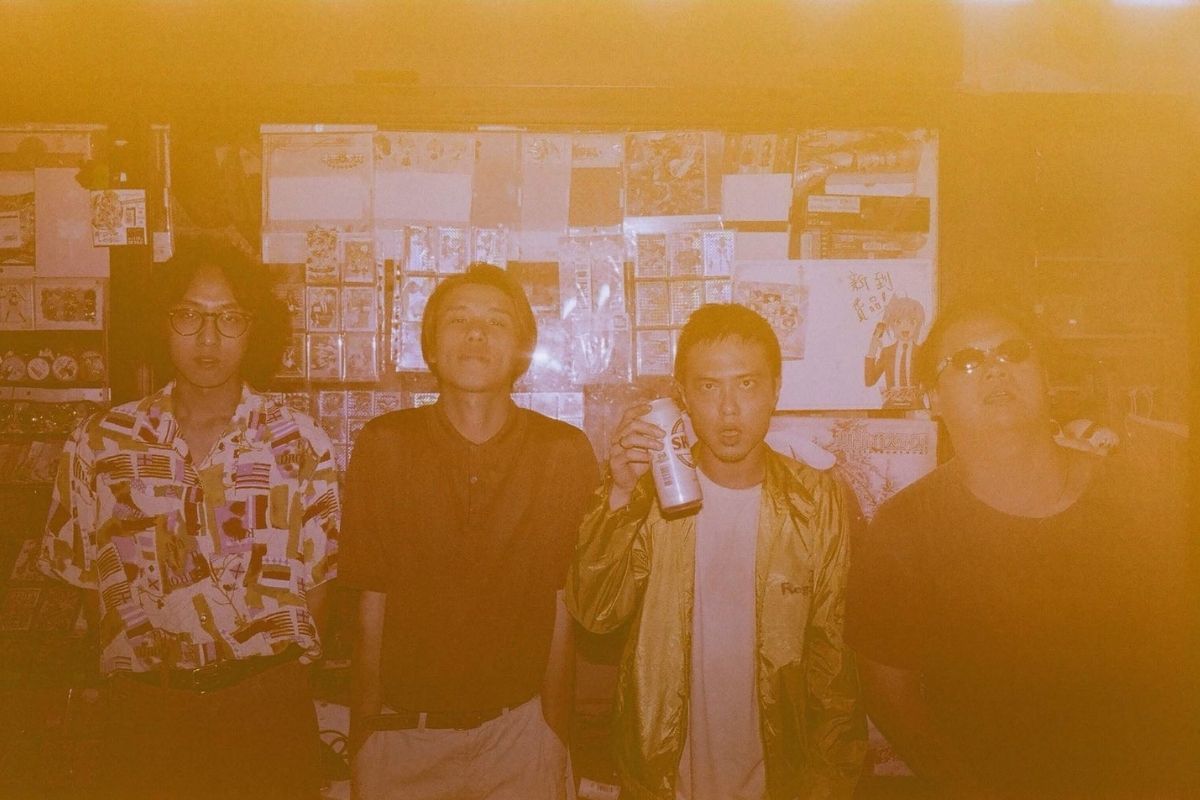 Weaving sounds distinct to the city with brash lyrical depictions of its seedier side, their music is laden with aspects of post-punk, prog-rock, vague nu-metal inklings, and pepperings from surf-rock—the mishmash that results is something wholly refreshing and fascinating to experience.

Click here to listen to their music on Spotify.