All cities change over time. Hong Kong, especially, is a city that is ever so rapidly evolving. Once a crown jewel to the United Kingdom, the history of Hong Kong has allowed for a rich and distinct culture to evolve which is reflected in the city’s architecture. Over the past decade, many old and deteriorating buildings have been restored and revitalised for new purposes. Instead of all these buildings being abandoned and discarded, many private developers and cultural conservation bodies have transformed these buildings with a brand-new purpose: to preserve history and educate people about their past. Here is a look into some of the top revitalised buildings in Hong Kong. 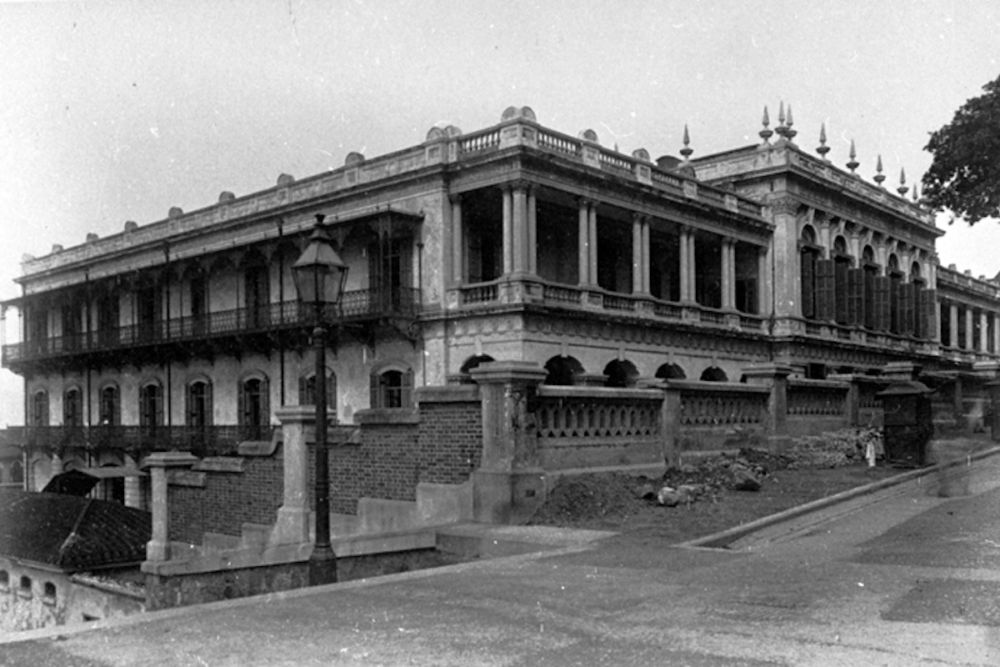 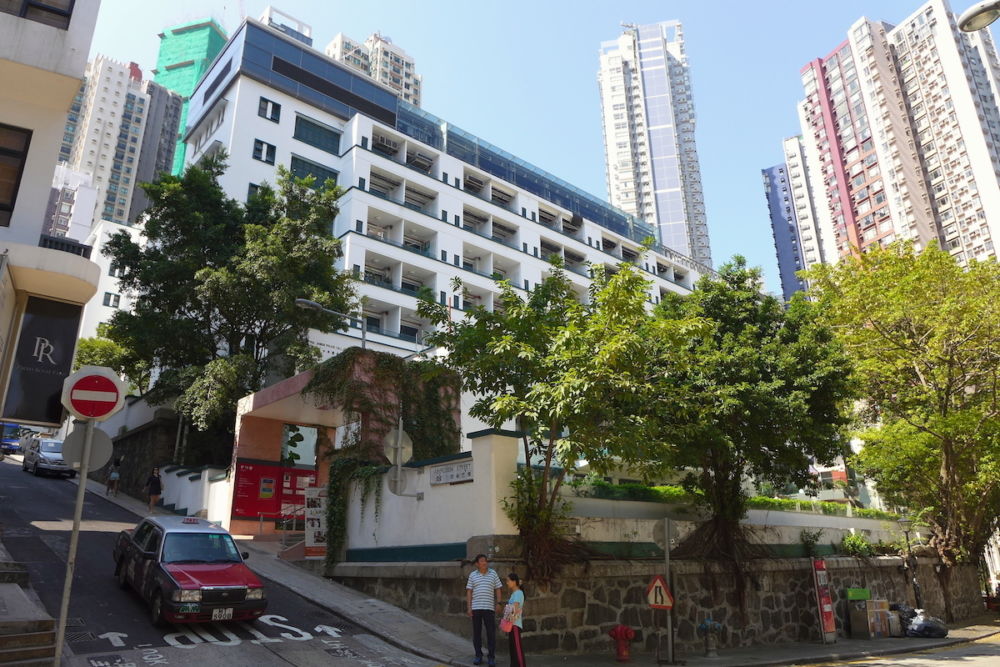 Arguably one of the most talked-about buildings and places to hang out in, PMQ is located in the heart of gentrified Soho. The site was first home to The Central Government School in 1862 which provided basic Western education to the general public of Hong Kong. In 1951, more than half a century later, the site was transformed and housed many police officers due to the influx of Chinese immigrants.

The building was revitalised in 2014 and was named PMQ after its former use as police married quarters). Now, the space is a vibrant and exciting creative hub which is filled with shops, design studios and workshops that is mostly from Hong Kong. An important aspect of PMQ’s main goal is to nurture local designers, provide a stage for creative happenings, as well as create a place for visitors to experience creative lifestyle; it is a not-for-profit social enterprise supporting Hong Kong brands and innovation. 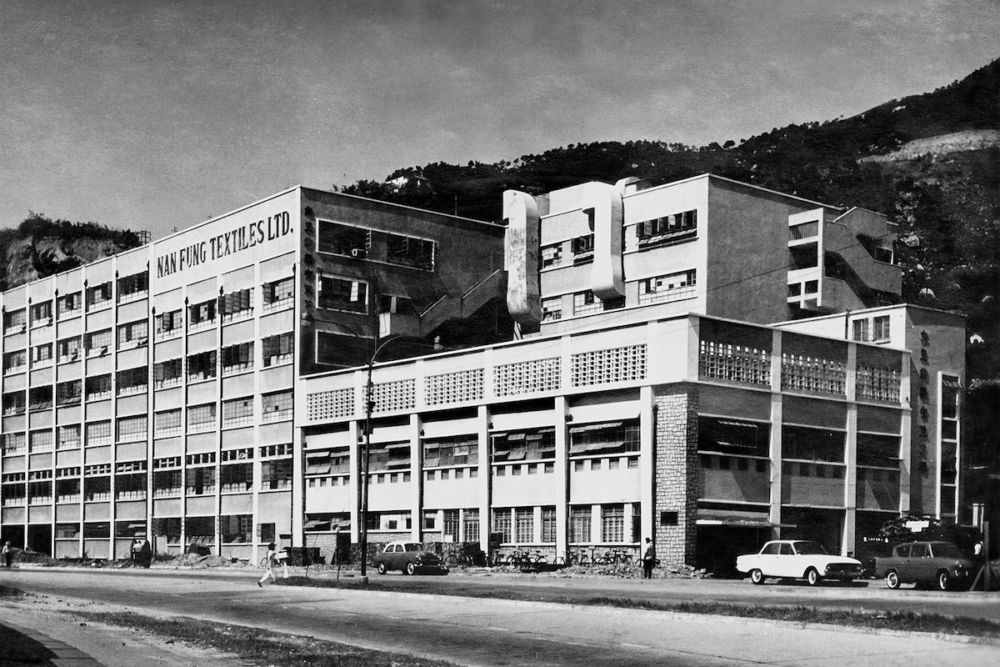 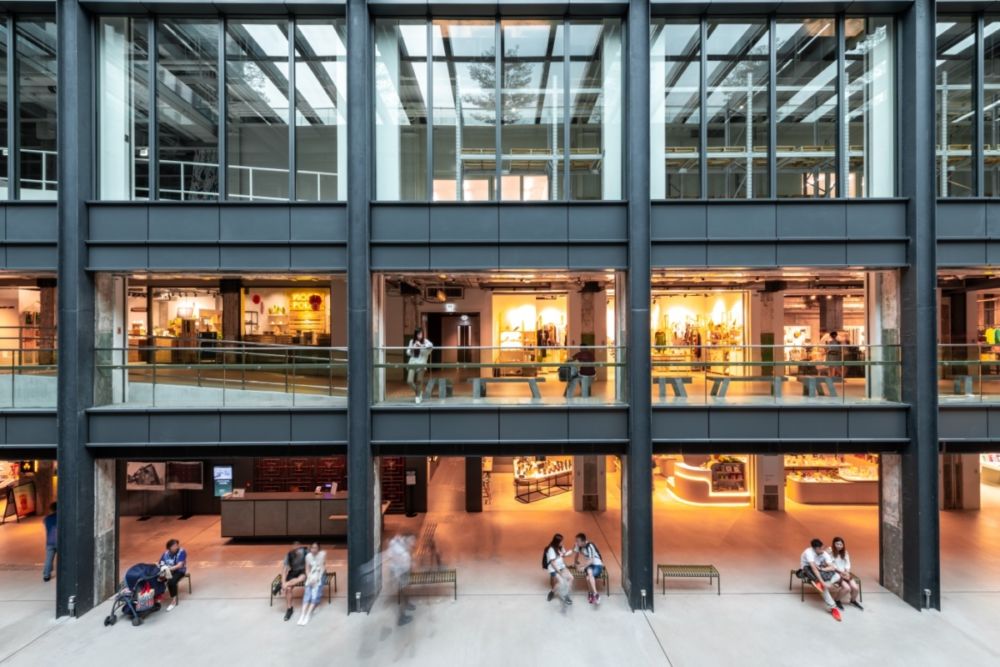 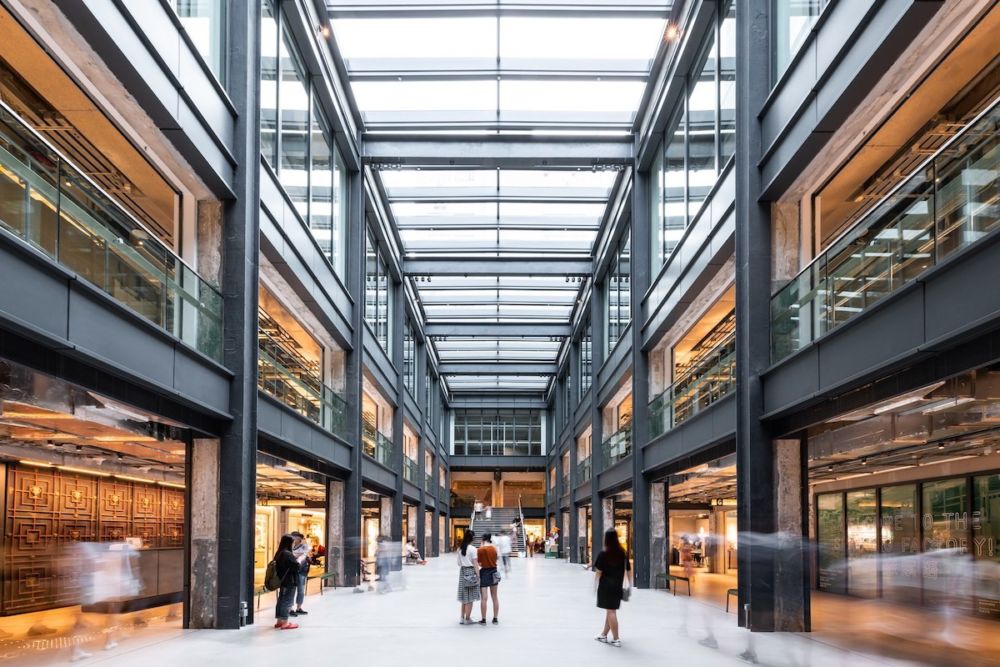 Located in Tsuen Wan, The Mills is a reminder of Hong Kong’s booming manufacturing era of the 1950s. The building was originally home to cotton mills owned by the Nan Fung Group, established in 1954 under the name Nan Fung Cotton Mills. The manufacturing arm ceased operations in 2008 and in 2014, the announcement was made to revitalise the factories and warehouses. The revitalisation project’s purpose is to host a non-profit cultural institute, a retail area, and a business incubator focused on start-ups. Click here to read more about The Mills. 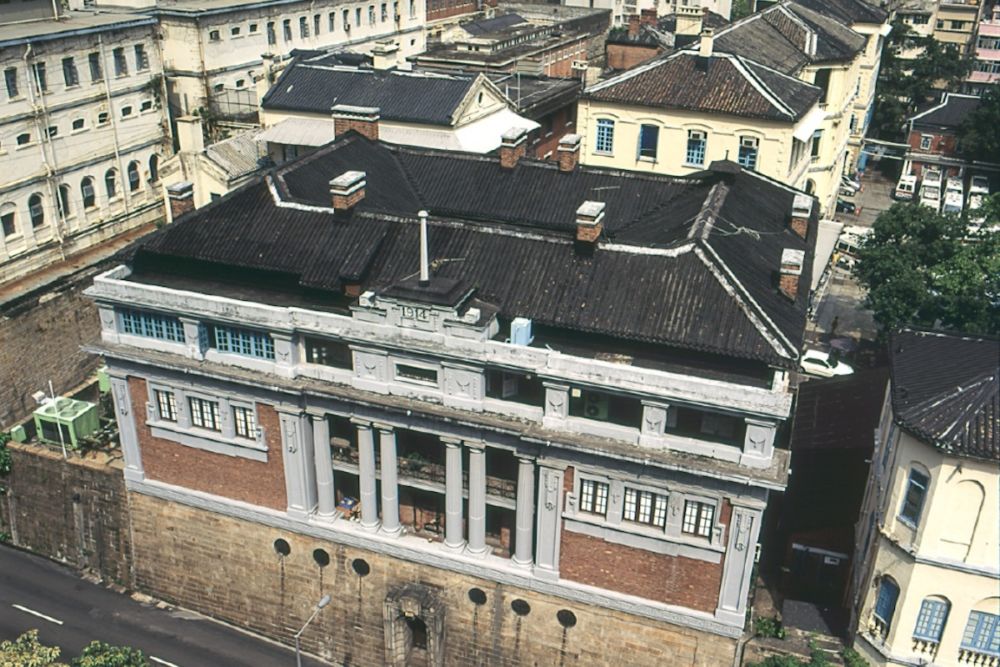 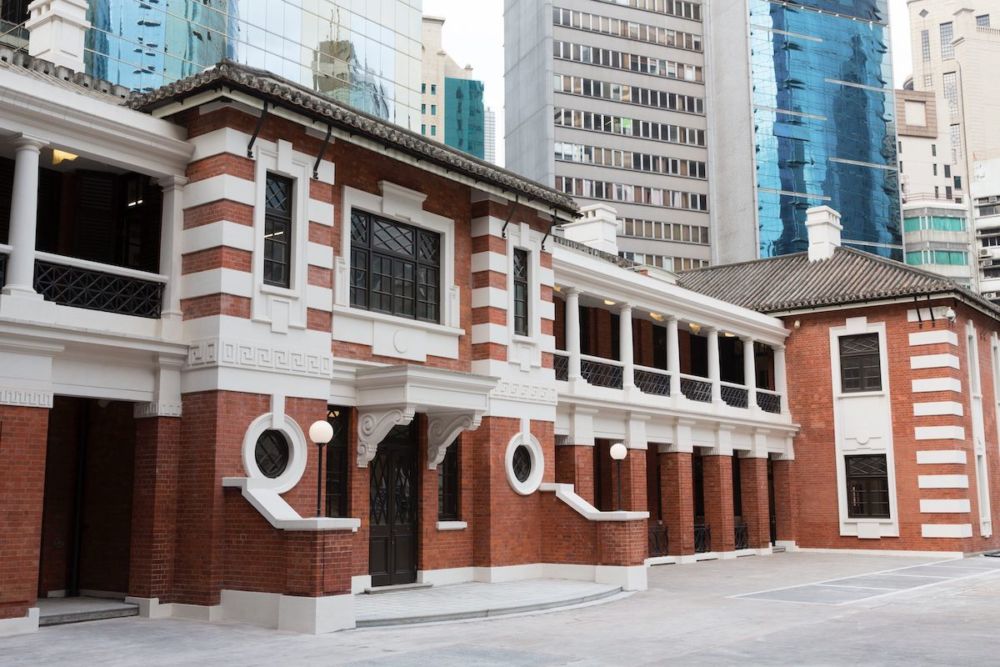 Tai Kwun for Heritage and Arts is a redeveloped cultural and shopping space in Central. It previously was a complex of 16 colonial buildings that housed the Central Police Station, Victoria Prison, and the Central Magistracy. The complex is filled with a long history of interesting little stories. For example, did you know that Ho Chi Minh, the former prime minister of Vietnam, was briefly imprisoned in Victoria Prison from 1931 to 1933? His diaries from around that period describe being allowed out to exercise for 15 minutes a day in a narrow courtyard surrounded by walls, feeling like he was trapped at the bottom of a well. After its transformation, Tai Kwun is now home to a host of shopping and dining experiences, such as Behind Bars, which mixes drinks and cocktails in a setting of former jail cells.

Your guide to The Mills, Hong Kong’s cotton-m... 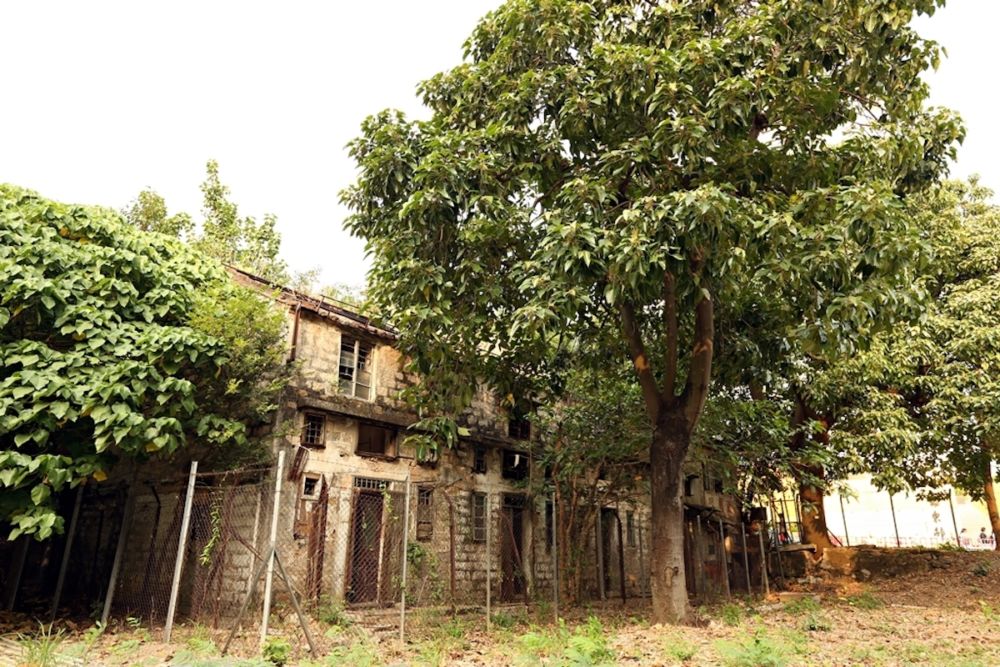 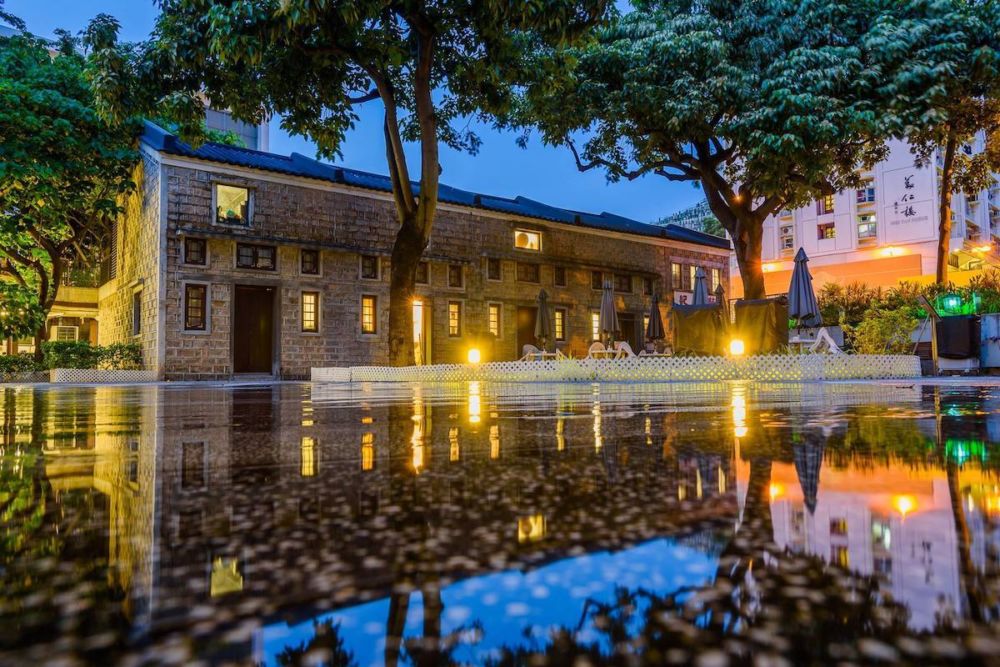 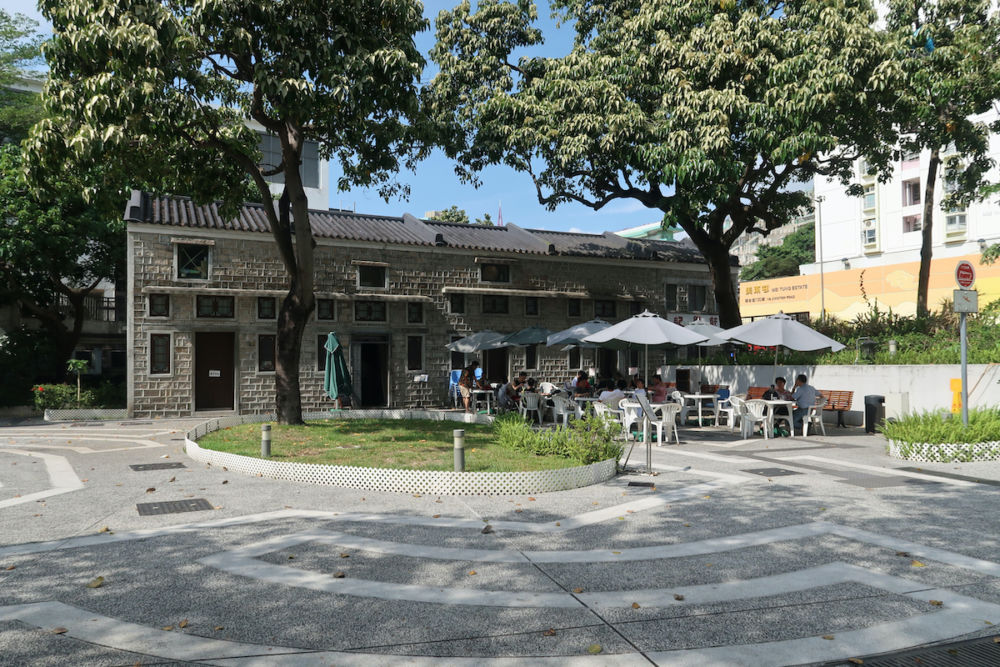 The Stone Houses Family Garden where the residential units built after WWII in the Kowloon City area. The residential structure reflects the lifestyle of the grassroots class back in the days in postwar Hong Kong. Now it has been restored and turned into a café, Visitor Centre and Interpretation Centre. Visit this site to see the unique architecture and gain insight into what life was like back then as a grassroots class.

Shanghai Street is situated in within the Kowloon area and has a long history with Hong Kong. Since the 1920s, Shanghai Street has became a lively and popular area for shops and businesses. It naturally became a transportation and commercial hub at that time. During the 1950s and 1960s, there has always been a common misconception that Nathan street was the business epicentre in Kowloon, but it was still Shanghai Street.

In 2008, the Urban Renewal Authority started the revitalisation project on Shanghai Street, which involved restoring 14 traditional Hong Kong tong lau (tenement buildings) that were built from 1920 to 1930. To maintain the historical sense of the buildings, the exterior were all kept the same while completely altering the interior to fit a more modern vibe. Spread across 618 Shanghai Street, shops are mostly set up and developed by local independent entrepreneurs. There are also secondhand stores as well as a few cafés and restaurants for you to rest and enjoy. Click here to read more about 618 Shanghai Street. 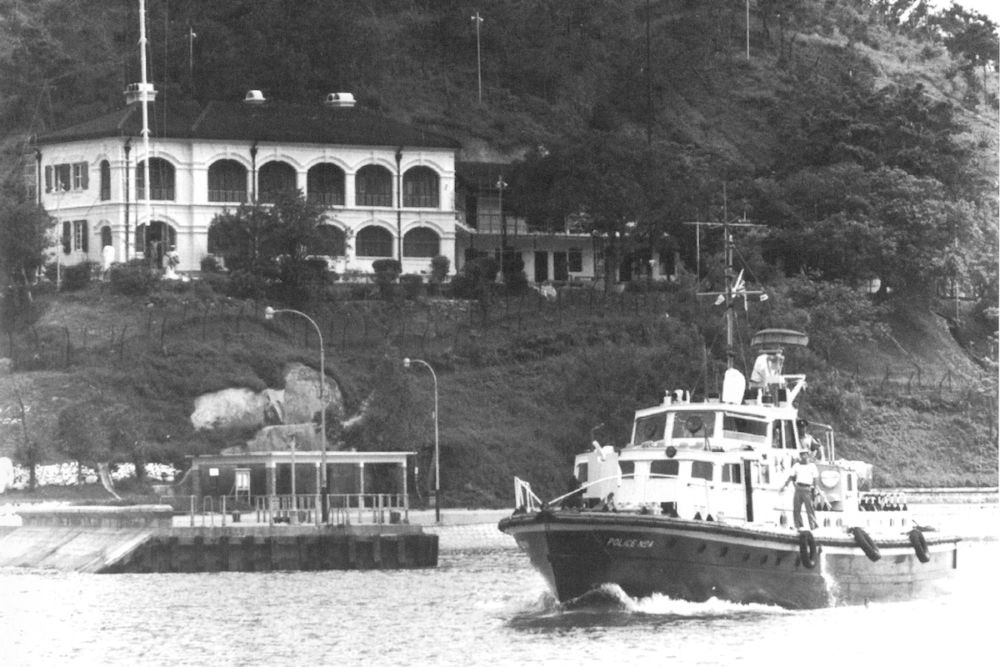 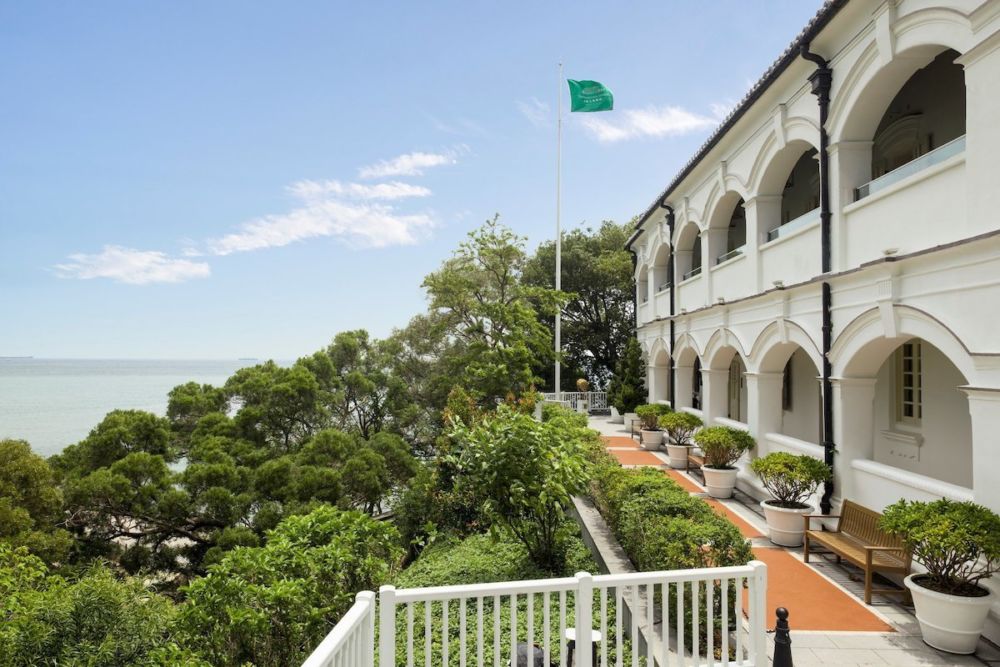 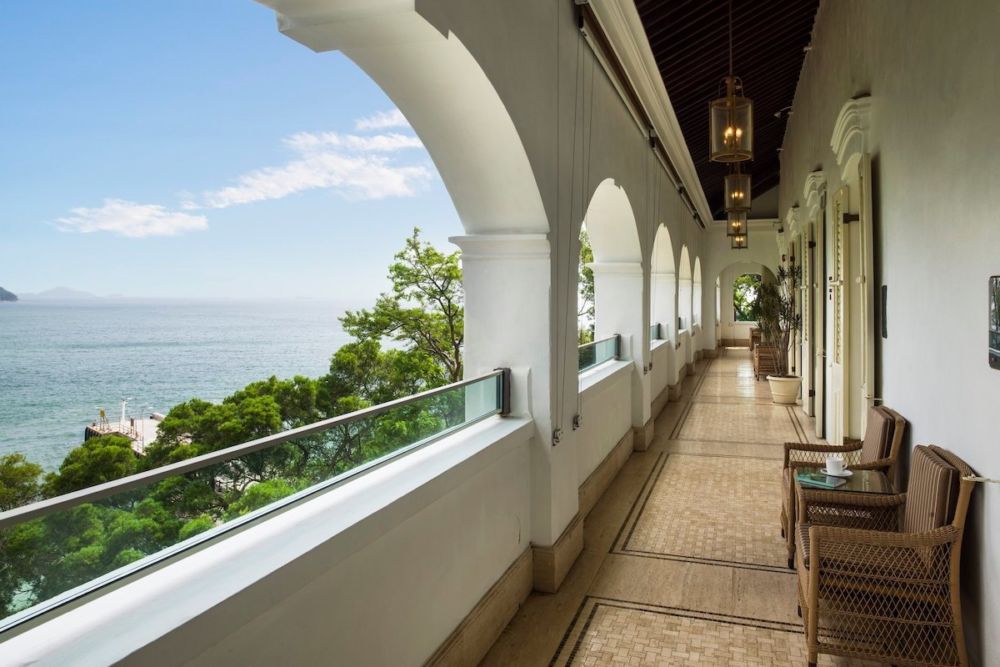 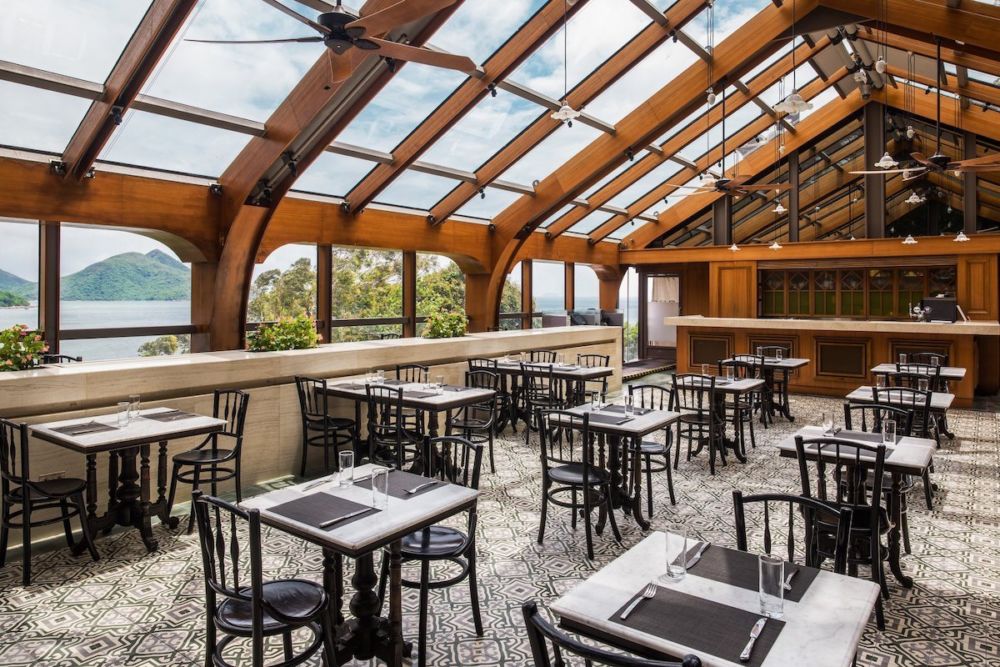 It might take an entire day trip to find, but the Tai O Heritage Hotel, tucked away in the fishing village of Tai O in Lantau Island, is a true hidden gem amongst revitalised buildings in Hong Kong. Perched on top of a small hill with a view that overlooks the sea, this colonial structure was built in 1902 and once housed a marine police station. Due to the declining crime rates in the area, the station discontinued its operations from 1996 onward and the building sat empty for several years.

Boasting arched façades, a tiled Chinese-style roof, French windows, and fireplaces—a rarity in Hong Kong—the building was selected for revitalisation and transformed into a boutique hotel with just nine rooms, all featuring an elegant, colonial-influenced interior design. Tai O Heritage Hotel opened in 2009 and is now listed as a Grade II historic building, presenting the perfect getaway adventure for a night or two. Click here for our in-depth guide to Tai O. 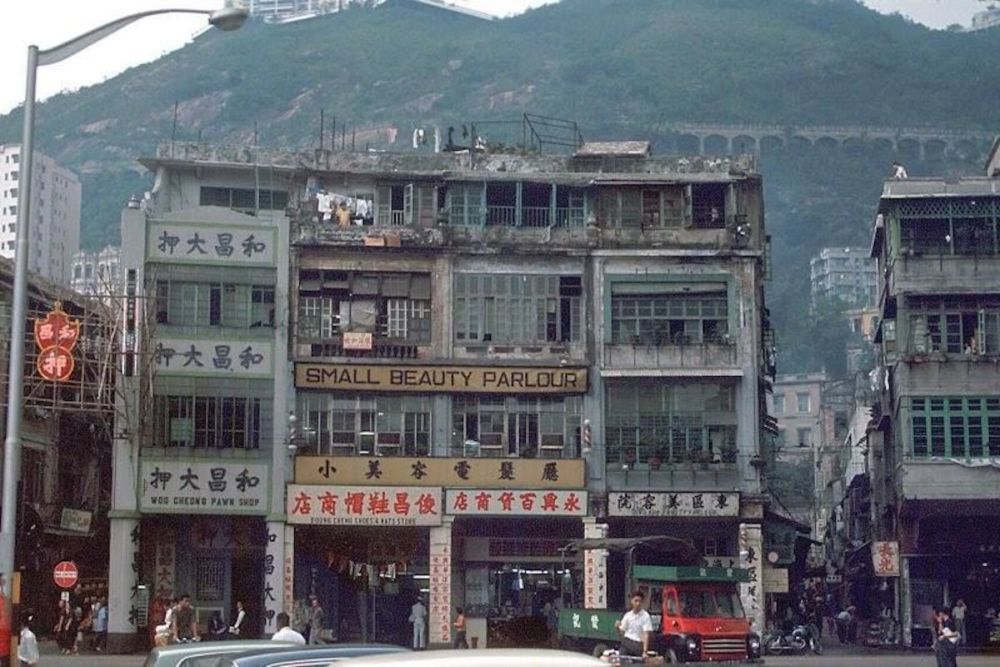 The Pawn in the 1960s. Photo credit: Wikimedia Commons 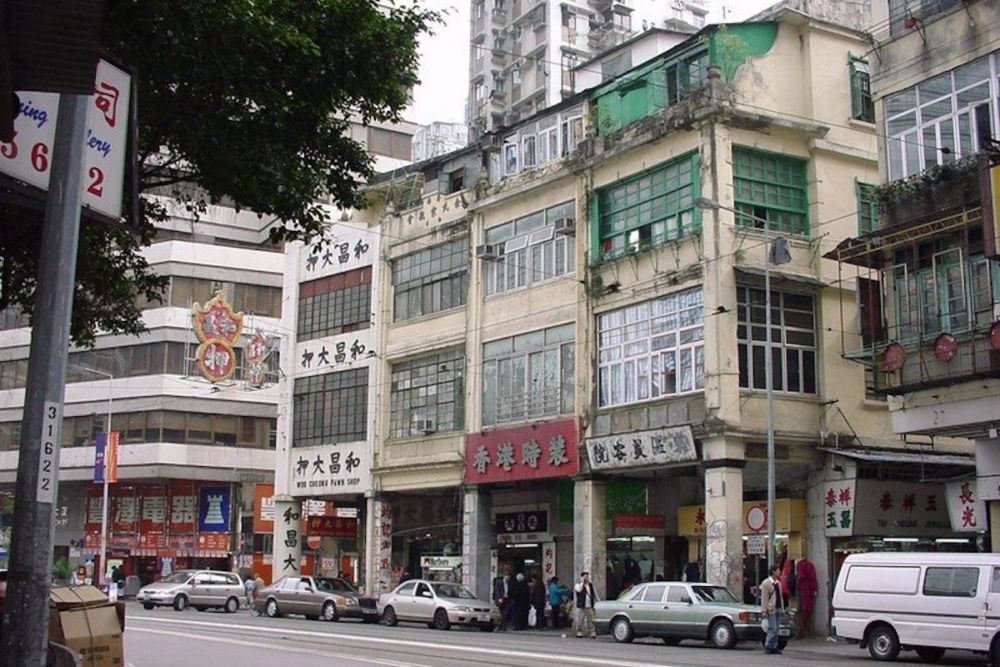 The Pawn in the 2000s. Photo credit: Urban Renewal Authority 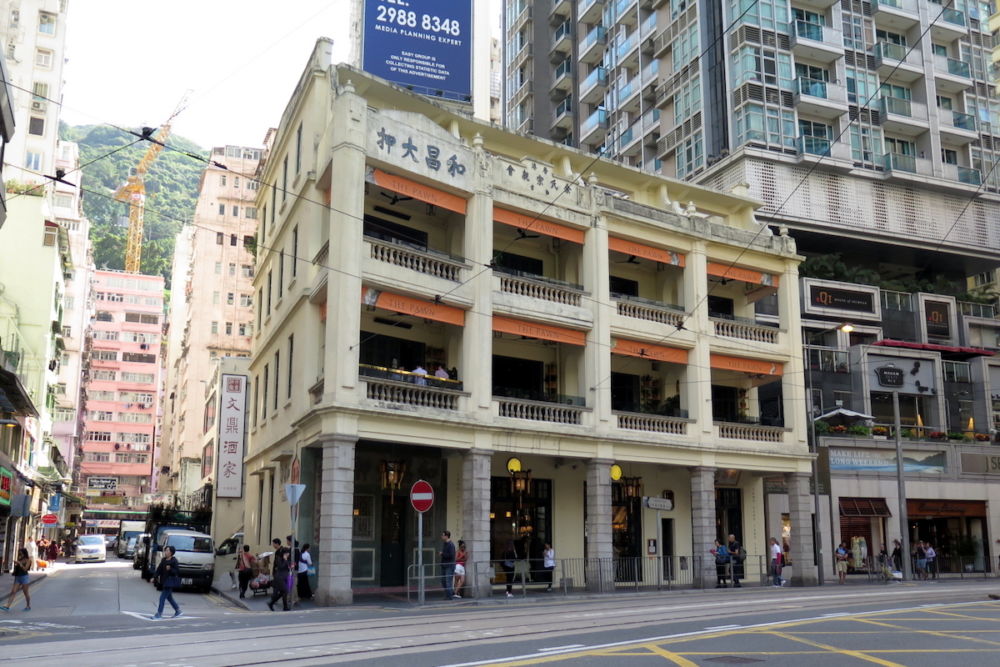 Yet another Hong Kong institution, the iconic, beige-washed block of pre-war residential buildings lining Johnston Road in Wan Chai is fondly known as The Pawn, a historical site dating back to around 1888. What is now a bar and restaurant serving up contemporary Western delicacies and handcrafted cocktails used to be a traditional Hong Kong pawnshop, boasting an eclectic melting pot of Chinese and Western architectural features—hence its recognisable nickname.

The Pawn was built in a contiguous, elongated layout, with French windows and verandahs facing tram-lined Johnston Road. In 1966, the Yu clan purchased one portion of the block and inscribed the Chinese name of The Hong Kong Yu Clansmen Association on the top verandah façade. Its next-door neighbour, the Woo Cheong Pawn Shop, originally owned by the Lo family—well-known local pawnshop traders for over a century—is what gave this revitalised building its current name.

Historically, the shophouses did not have toilets or appropriate bathroom plumbing and the “nightsoil” from the pail latrine was collected by government scavengers at night. What a delightful fun fact to think about as you indulge in delicious food and drinks while being drawn in by the building’s nostalgic and precious architecture! 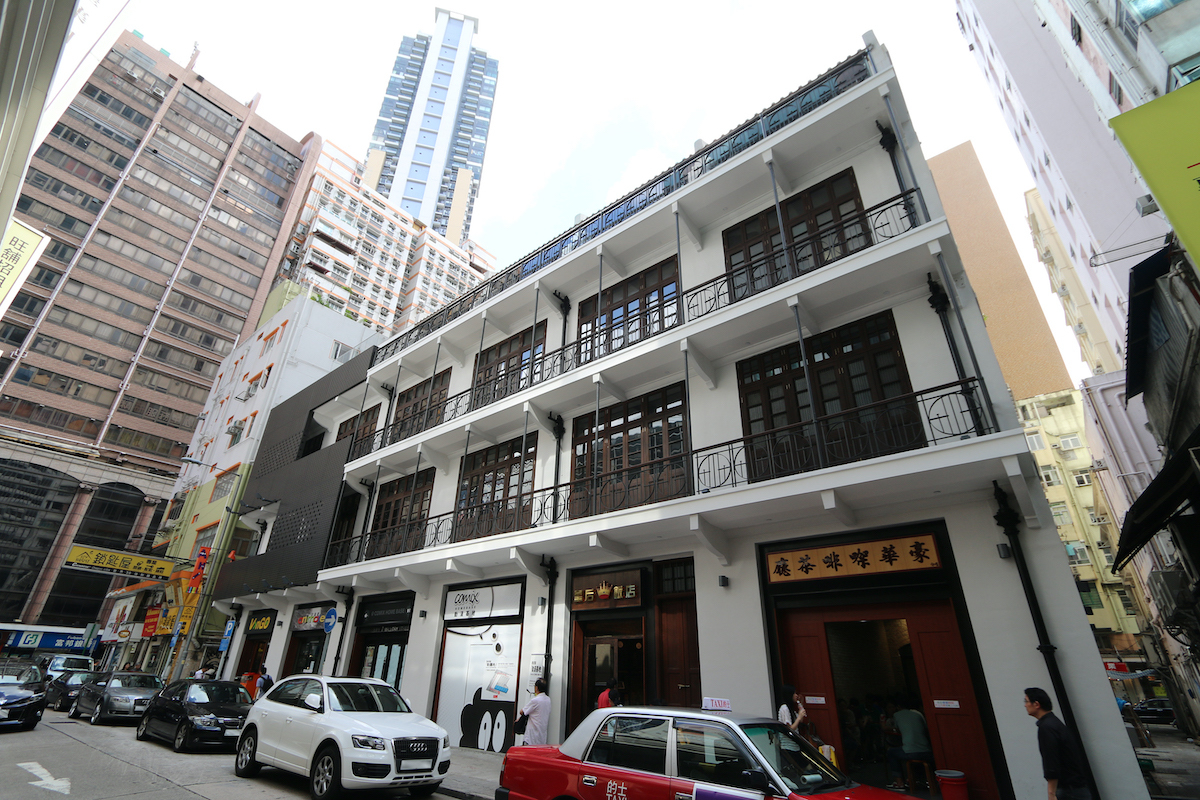 7 Mallory Street is listed as a Grade II historic building, and originally, the property where the tenement houses are now located was home to a timber and boat building yard. After several name changes and preservation projects, the Urban Renewal Authority renovated the buildings and reopened them in 2013 as the Comix Home Base by the Hong Kong Arts Centre, garnering over 250,000 visitors in its first year. Over 545 exhibitions and events were held there with a total attendance of more than one million people.

In July 2018, the building received its current name—7 Mallory Street—and shops and restaurants operate on the ground floor and the second floor. All significant architectural elements were retained and preserved in the revitalisation process and the courtyard was also opened up to create a charming and quiet 300-square-metre public space for community enjoyment. 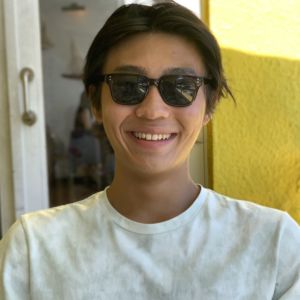 Tags:
Culture Local stories & history architecture
share:
chevron_left
Culture Hidden Hong Kong: A history of the iconic Star Ferry
Culture Quiz: Every Hongkonger has met these party animals on a night out. Have you?
chevron_right