“Bravest of the brave, most generous of the generous, never had a country more faithful friend than you.” Officer Sir Ralph Turner MC encapsulates the pillars that define the Gurkha conduct, spotlighting the longstanding values that have solidified as an unmissable part of what it takes to be a Gurkha guard. Reflected in almost 2,000 gallantry honours awarded for the First World War, as well as 13 Victoria Crosses under their collective belt, the Gurkhas have proven themselves as one of the most tenacious groups of warriors that the world has ever seen. 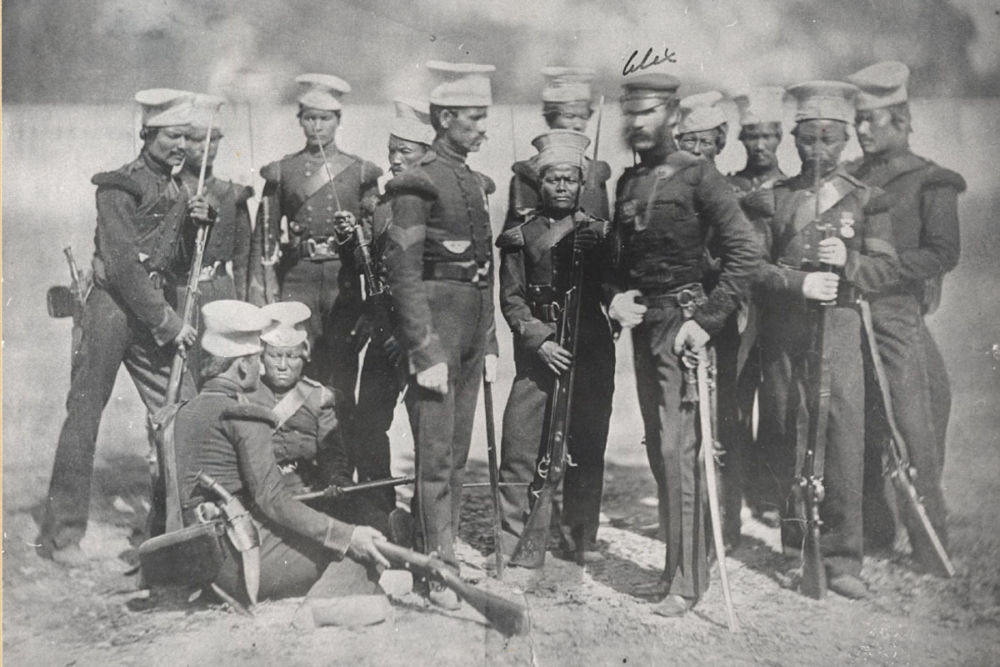 Who are the Gurkhas?

Derived from the hill town of Gorkha, the term “Gurkha” is a catch-all amalgamation of the soldiers rounded from the ethnic groups of Central Nepalese Gurungs and Magars, as well as Eastern Nepalese Rais and Limbus. As far back as the early 1800s, Gurkha guards have played a major role in the fabric of international military developments. Under the peace treaty of the British East India Company around the time of the Invasion of Nepal during the Anglo-Nepalese War (1814–1816), ranks of Nepalese soldiers were being transferred as recruits to the British forces.

Although technically a part of the British Army because of the Partition of India in 1947, the brigade remained tightly connected to traditional Nepalese culture and beliefs. A two-centuries-long—and counting—movement followed, where the Royal Gurkha Rifles regiment served under the Union Jack at battlegrounds ranging from Hong Kong to Borneo, Cyprus, Sierra Leone, East Timor, Bosnia, Kosovo, and Iraq. In present times, the Royal Gurkha Rifles are still active all across the globe, with a part of the battalion having been deployed in Kabul to protect NATO personnel.

Making their mark everywhere from France to flanking T.E. Lawrence in the deserts of the old Ottoman Empire, the map of Gurkha impact was closely intertwined with that of the United Kingdom. At the height of the Second World War, there were up to 112,000 Gurkhas that came to the aid of the British on the battlefield, leading to 9,000 casualties. Even amidst the threat of danger, the Nepalese prime minister stood firm in his allegiance to the British forces: “Does a friend desert a friend in time of need? If you win, we win with you. If you lose, we lose with you.” 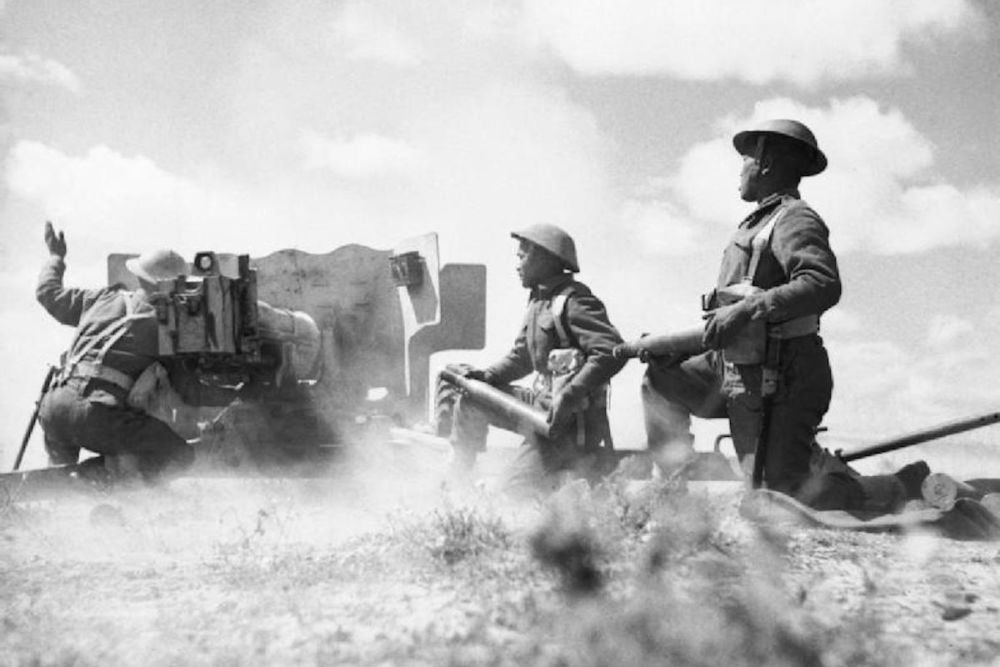 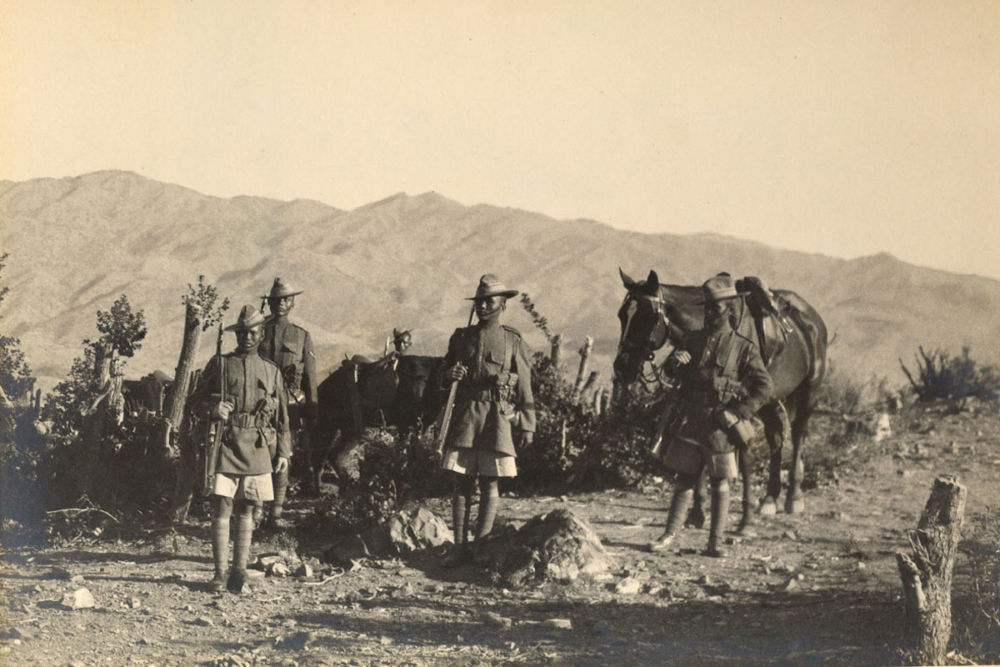 Although Gurkhas primarily serve in the infantry, many also worked as engineers, logisticians, and signals specialists. Due to the environmental aspects of rural Nepal, the Gurkha style of battle was associated with jungle warfare. To become part of the Royal Gurkha Rifles, recruits are plucked from their mountain villages by ex-soldiers, followed by extensive physical and medical tests. For starters, the benchmark requires the hopefuls to be able to do 75 bench jumps within one minute, 70 sit-ups within two minutes, and to make it through a gruelling run known as the “doko.”

A make-or-break race, the doko is one of the harshest military selection tests in the world, comprising of a five-kilometre sprint up along the rickety and steep Himalayan foothills, all whilst shouldering a traditional basket full of rocks weighing up to 25 kilogrammes. Failure to complete the route within 55 minutes would mean reaching the end of the road on the journey to becoming a part of the service.

Despite the fierce conditions, up to 28,000 Gurkha youths try their luck each year, each individually hoping to become one of the 200 faces that place in the British Army. Successful contenders are then flown out to the UK to complete their training alongside the British troops, undergoing the same regimen as their Western comrades. 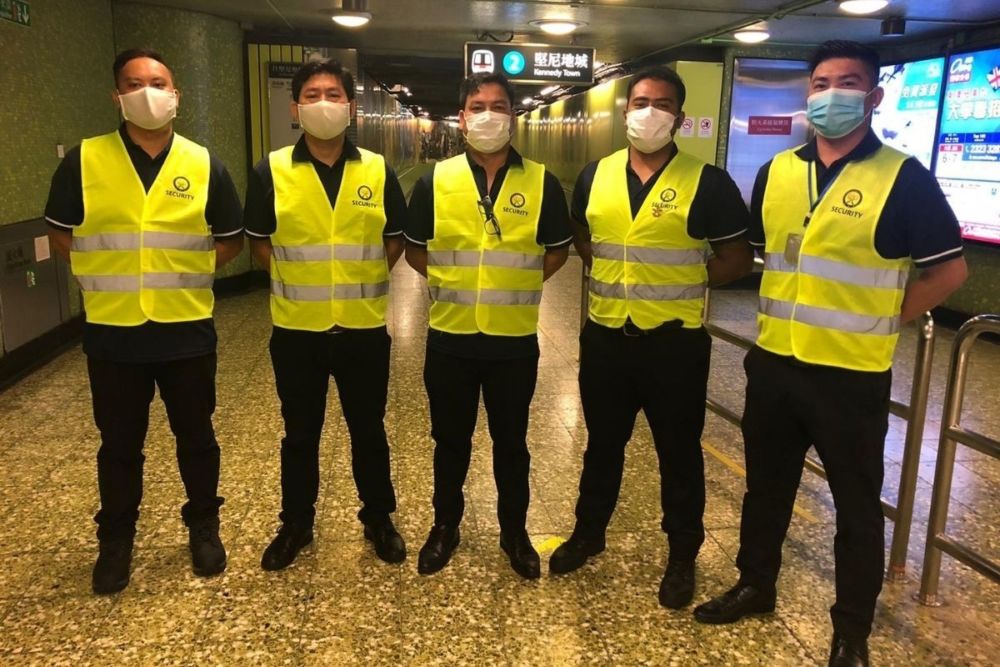 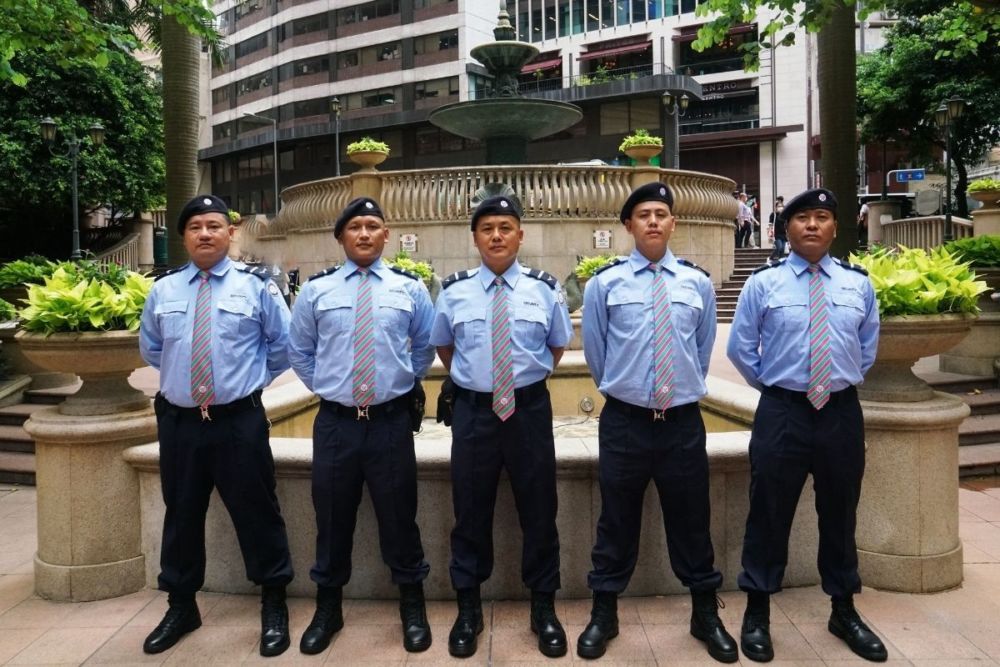 Gurkhas eventually made their way to Hong Kong in 1948 as a brigade under the British, with the goal to safeguard the borders of Hong Kong and deter illegal immigrants from entering. All the while, they began to take root in the city, settling down to have children and forming enclaves where the Nepalese community could meet and connect. Part of their regular training regime in Hong Kong would be to run what is known today as the Maclehose Trail—a 100-kilometre route across the New Territories that soldiers had to complete in record time.

Gurkha soldiers’ imprint on the city went beyond the realm of security and protection, branching out into construction as well. Forming foundations for major sites around the city, officer Chandra B. Gurung had played the role of senior inspector for the construction of the Tsing Ma Bridge, Ting Kau Bridge, and Terminal 2 at Chek Lap Kok.

Following the handover in 1997, the Gurkhas who remained were granted the right of abode, along with their families. According to the 2016 census, out of the 29,000 Nepalis who make up Hong Kong’s ethnic population today, there are many individuals who come from a prestigious lineage of Gurkha soldiers. 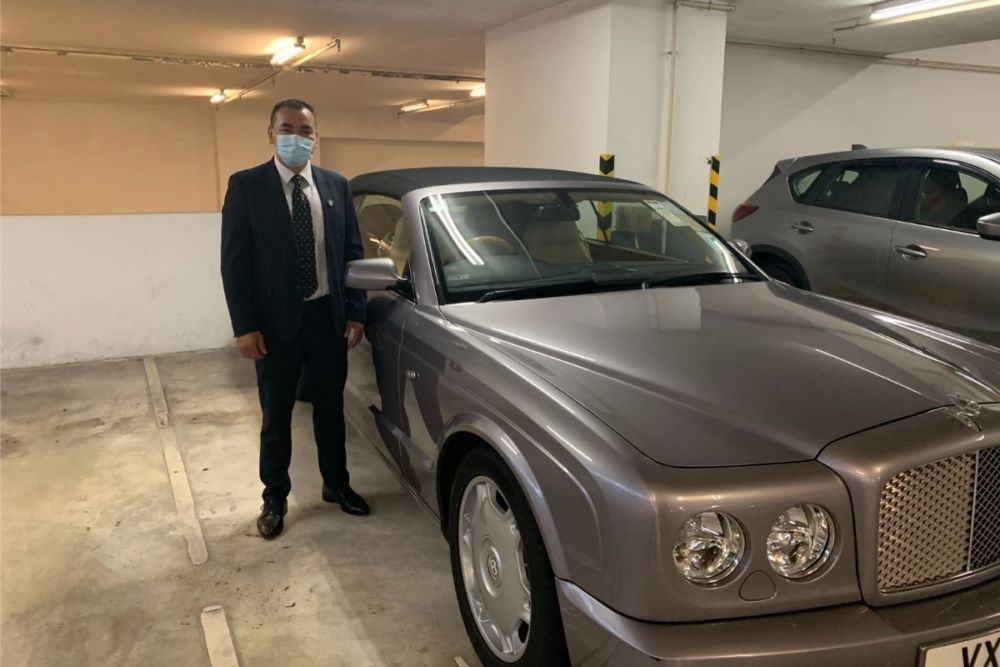 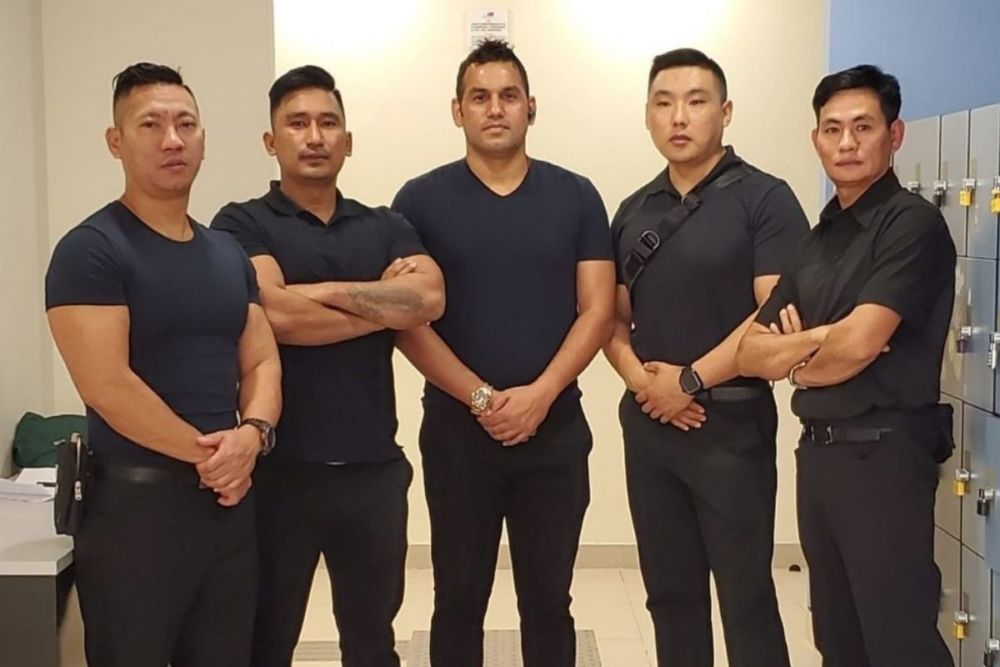 With such a rigorous training and vetting process, a Gurkha guard is exactly the sort of person who can handle security and logistics. Hiring a bodyguard from a Gurkha background would confirm important aspects of dependability, such as ensuring that the prospective candidate comes with adequate real-life experience, has a strong practical basis for their skills, and can help keep stable as your protector whenever the situation calls for it. 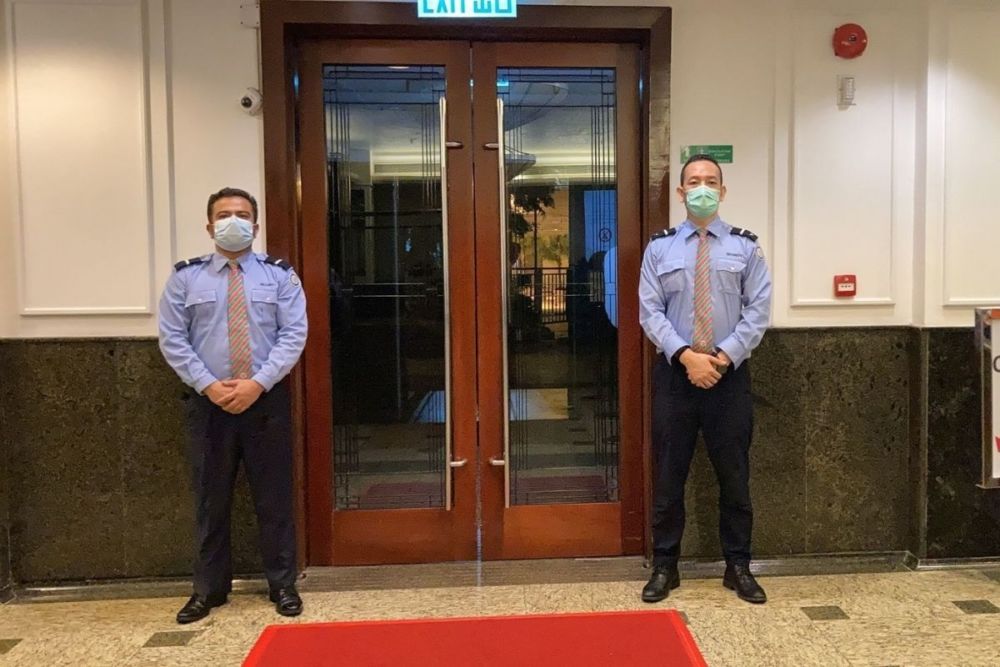 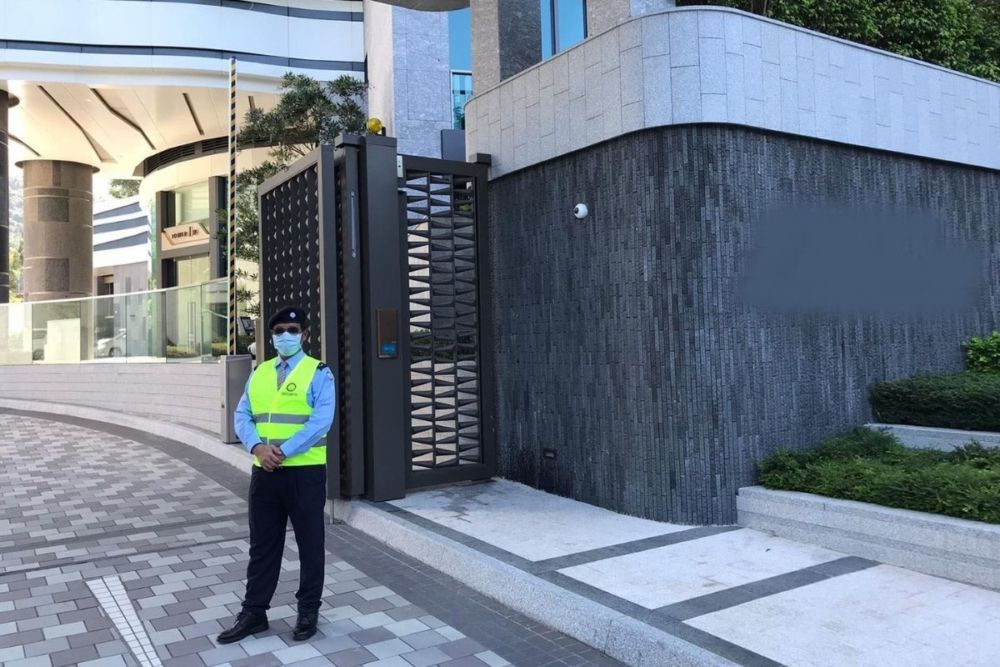 When it comes to finding someone who can help fill your security needs, G3S places quality service above all. Connecting clients with professionals, G3S bases its recruitment on finding ex-Gurkhas and Nepalese residents with the right skills and experiences to ensure the best service tailored to your needs.

Every single staff member goes through a vetting process involving a stringent background check. Not only does the recruitment team conduct criminal background checks, financial background checks, and sexual conviction record checks, but they also perform an investigation into candidates’ special skills and talents. Hopefuls are tested for their driving skills, martial art skills, knowledge of access control systems, ability to perform under duress, and more.

Regardless of whether you are looking for a full-time personal bodyguard or if you need a team of guards for your upcoming events, G3S is able to tailor a quote best suited to your budget and specifications. Get in touch today to find out more from their consulting experts, and take it easy under the watchful eyes of Gurkha guards.

Providing specialised services in security, construction, logistics, and more, G3S is built upon the expertise of top ex-Gurkha guards and Nepalese employees, well-known for their diligence and efficiency. A subsidiary focusing on premium protection, Standard Gurkhas Security Services is the top choice for recruiting guards whose professionalism is backed by first-rate training and a rich history that spans the globe.