In 1801, a fisherman’s daughter, sold as a slave to a floating brothel, was kidnapped by the meanest pirate to sail the China Seas, and she was ordered to marry him or die. She fought him tooth and nail, and finally demanded a partnership. Smitten by her wildcat spirit, the pirate agreed. When he died in battle, she took his place and became the most powerful pirate leader in history. Her name was Cheng I Sao. Or was it? 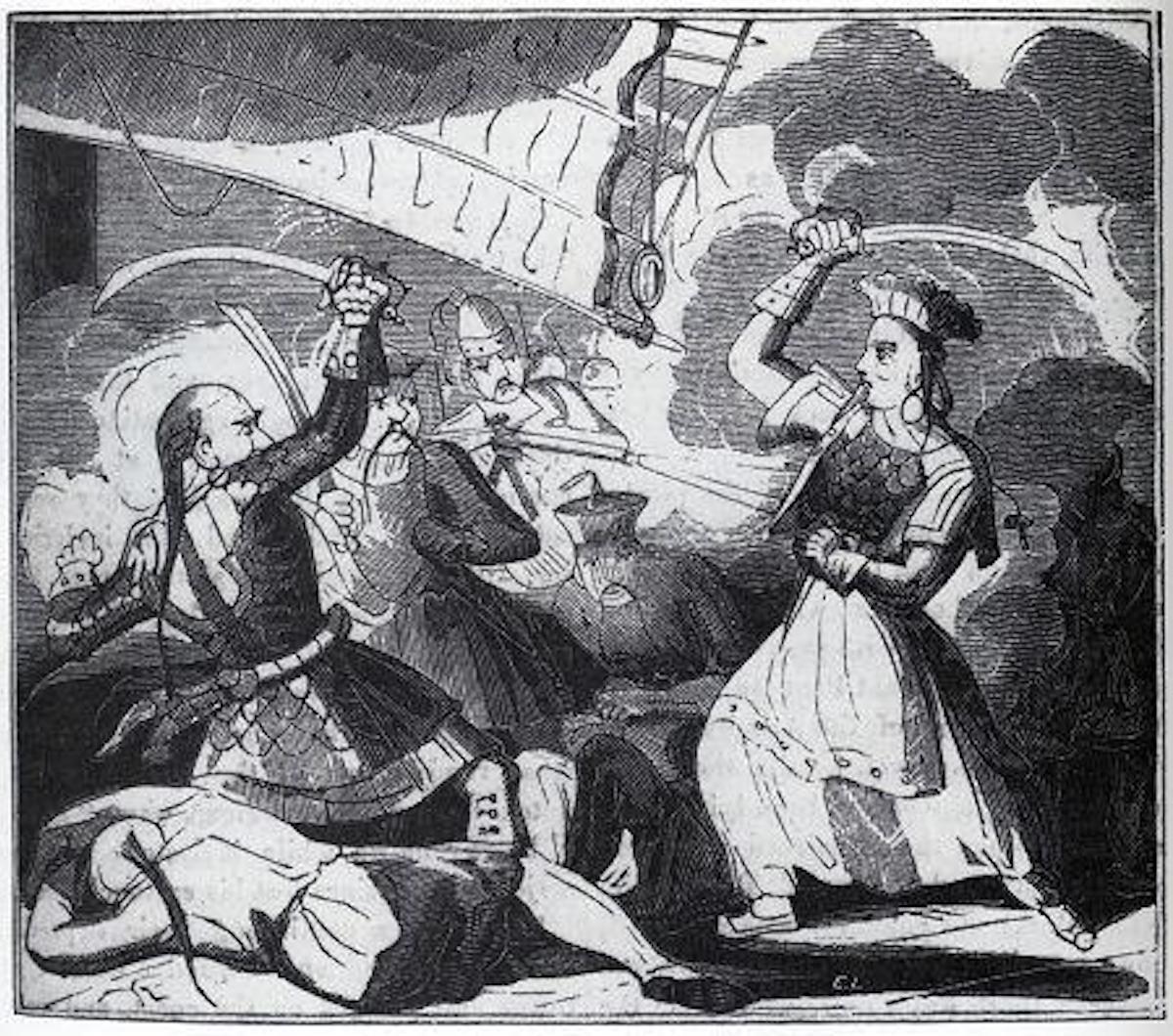 Cheng I Sao depicted in an illustrated 1836 history of piracy. Photo: Wikimedia Commons

Who was this fearsome pirate queen?

I first learned her legend on the docks of Lantau Island, where an old Tai O sailor mentioned a folk song that his grandmother used to sing about a fearless lady pirate from Tung Chung. Tung Chung—really? That part, at least, is based on fact. However, the rest of her legend becomes more blurred the closer one looks.

Stories about Cheng I Sao are all over the internet, usually accompanied by a photo featuring a disarmingly pretty pirate queen brandishing a sword—a European sword—and clothing that did not come into fashion until a century later. And not to mention—Cheng I Sao was not even her real name.

Some accounts portray this fabled figure as a crafty and successful brothel owner who partnered with a successful pirate for business reasons. Others describe a merciless Dragon Lady who let nothing come between her and her callous pursuit of wealth. With so many vastly different tales claiming to be true, which do we believe?

Most of what we know about Cheng I Sao comes from a sensational little book written by a Chinese amateur historian long after she left the scene, which was translated into English by a German missionary. Her story then spread for the next two hundred years, with exaggerations and embellishments accumulating like barnacles on a ship’s bottom. Even her Wikipedia page is a tapestry of contradictory facts and speculation. 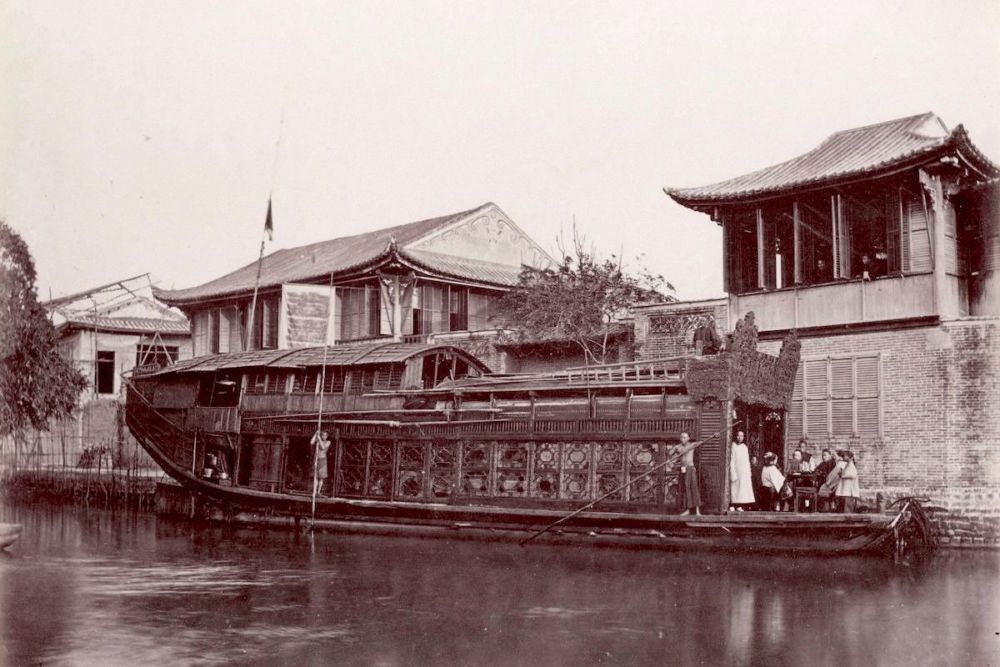 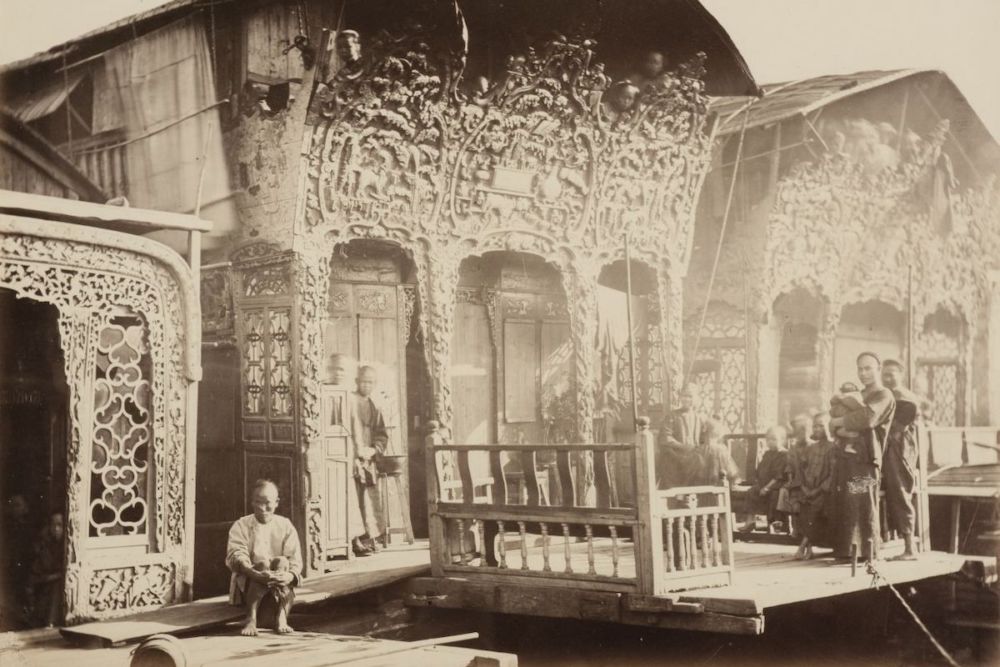 What was her real name?

Figuring that there must be more to her than this, I spent eight years immersed in deep research, gradually piecing together the pirate queen’s story like a huge jigsaw puzzle, tossing out pieces that did not fit and filling in holes, one tiny discovery at a time. First, let’s get her name right. She was Cantonese, born in a fishing village west of Macau in 1775. Cheng I Sao, Ching Shih, and other names attributed to her are Mandarin. Her real name—as she and everyone she knew said it in Cantonese—was Shek Yang (石陽).

Disparagingly known as Tanka, boat people were the lowest caste in imperial China, forbidden by law to get an education or a government job. Dependent on seasonal fishing, for some, the only way out of poverty was to turn to piracy. Others sold their daughters, which is how thirteen-year-old Shek Yang wound up on a flower boat, the poetic name given to floating houses of prostitution. Flower boats were a fixture in many Chinese cities, but the most famous were those in Guangzhou. These became her involuntary home for the next thirteen years.

She was 26 when she was abducted by Cheng Yat, who, with his cousin Cheng Chat, were the undisputed pirate godfathers of the Pearl River. Entranced by this spirited beauty, Cheng Yat declared her his wife, although Cheng usually preferred a different bed companion: his handsome teenage concubine, Cheung Po Tsai. Yes, that Cheung Po Tsai, the future pirate chief. Shek Yang’s new role as captain’s wife gave her a new status and a new name (in Cantonese, of course): Cheng Yat Sou—the honourable wife of Cheng Yat. 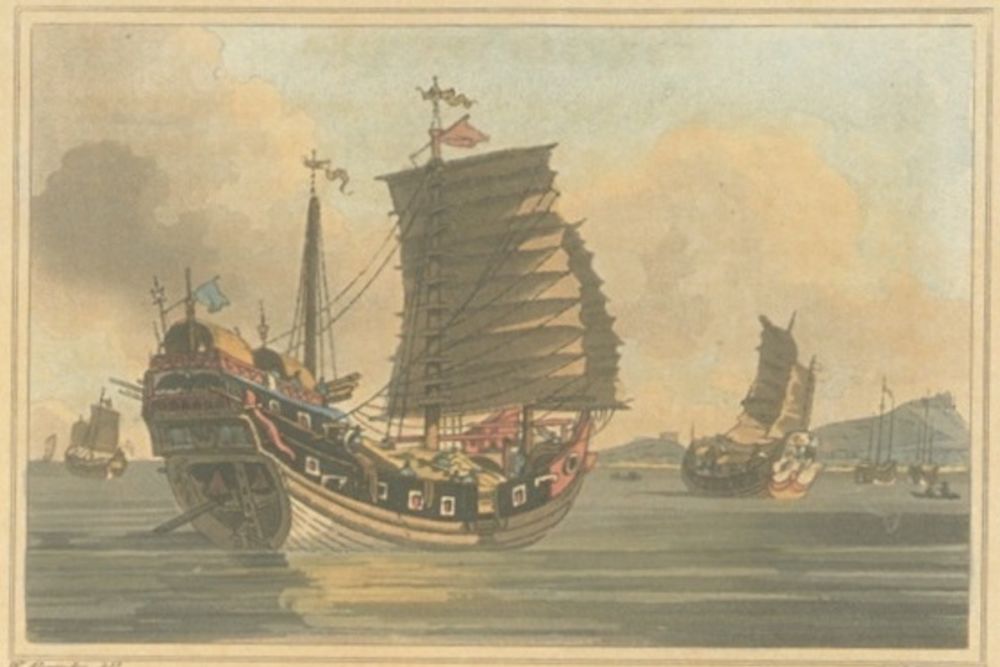 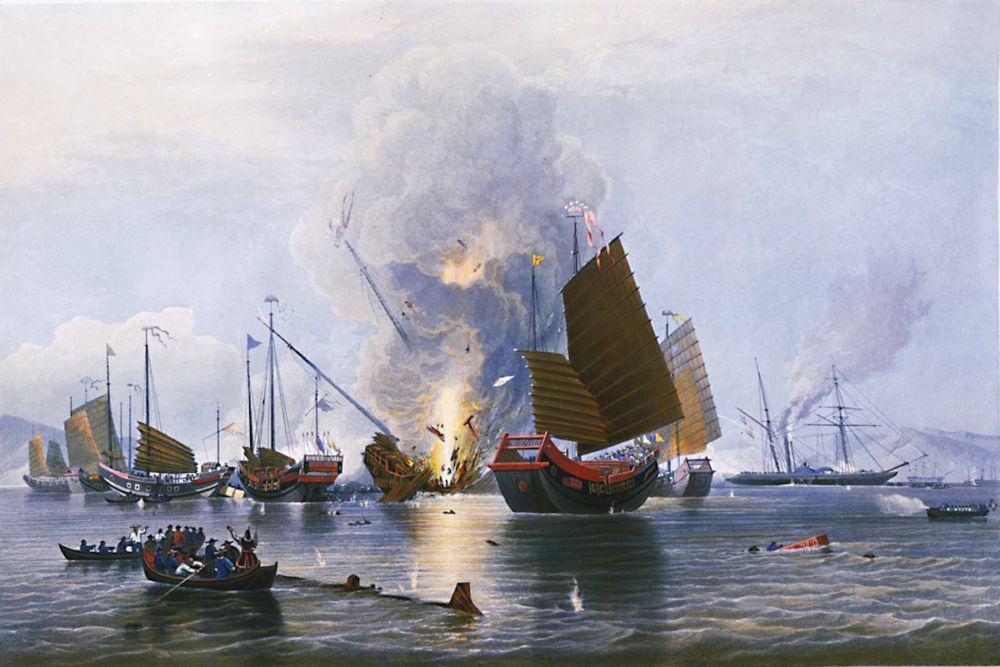 Over the next several years, Cheng Yat Sou made the best of her situation, gradually asserting influence over the pirates, until she became the brains behind the operation led by her husband, transforming a ragtag bandit fleet into a well-oiled and efficient criminal enterprise. But soon enough, her ambitions went even farther.

Too many pirate gangs were competing over the same spoils. She had the idea to unite the major bandit fleets into a vast pirate confederation under Cheng Yat’s leadership, and thus, she innovated a system of protection passes, into which ships and coastal towns paid to be exempt from raids. Her system brought peace of sorts to the China coast, and piles of gold and silver to fill the caves and temples where the pirates stashed their wealth.

Then her husband, Cheng Yat, perished in a storm, and Cheng Yat Sou faced a terrible fate: banishment as a widow, the lowest status among the boat people. Not one to give in to traditional women’s roles, she sought instead to take over the pirate fleet as their leader. Unexpected support came from her former rival and adopted son, Cheung Po Tsai, with whom she became the most unlikely of lovers.

In a series of masterful political moves, Cheng Yat Sou outmanoeuvred the top male pirate leaders and installed herself as commander of all 1,500 ships and 18,000 men, the most powerful pirate fleet the world has ever known. And if that weren’t enough to earn her a place in history, she went on to tear apart traditional women’s roles. 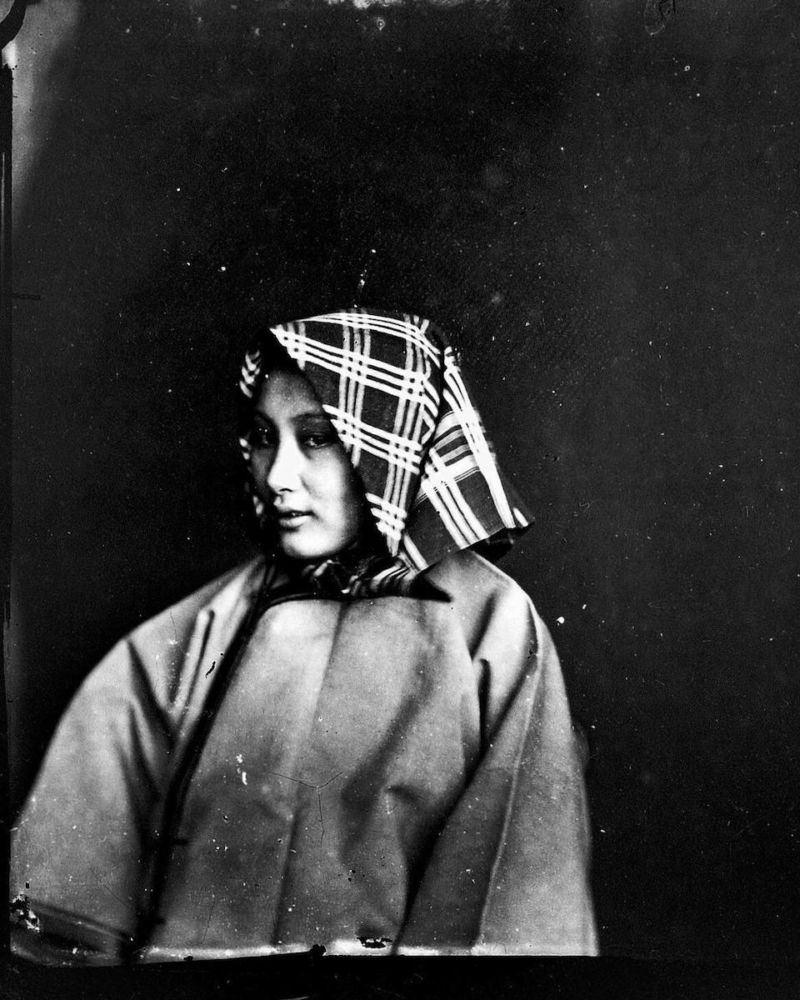 Unlike in Western seafaring tradition, Tanka women lived on board and performed their share of work. Women operated the sampans (as they still do today in Aberdeen and Cheung Chau). It was rare, but not unheard of, to find a female ship captain. But Cheng Yat Sou went so much further.

Proof that she was a different sort of leader came in the form of her edict, shortly after taking control, which forbade the mistreatment of all women, including hostages and regular crew, not just from sexual assault, but from any unwanted advances. This was a surprisingly feminist declaration for such a time and place.

With her protection pass system firmly enforced and every ship and village on the coast feeding her pirates a steady supply of protection money, raids and kidnapping became, in true mafia-style, means of punishment dished out as a last resort. As she expertly kept the various factions of her confederation co-operating with one another, there was little or no gang warfare. Cheng Yat Sou brought order to the South China Coast that had not been seen in centuries. She was rich, she was powerful. And then one day, she decided she’d had enough.

Keeping her plans secret even from her partner, she disguised herself as a merchant’s wife, snuck through the streets of Guangzhou, and barged into the imperial viceroy’s palace. She dictated the terms of her own surrender: an end to piracy in exchange for a pardon, and to keep a fleet of ships and most of her wealth. It was a take-it-or-leave-it arrangement, and the viceroy took it. Not only that, but the two became good friends. After surrendering in 1810, Cheng Yat Sou and Cheung Po Tsai lived a quiet life until she passed away peacefully at the age of 69. 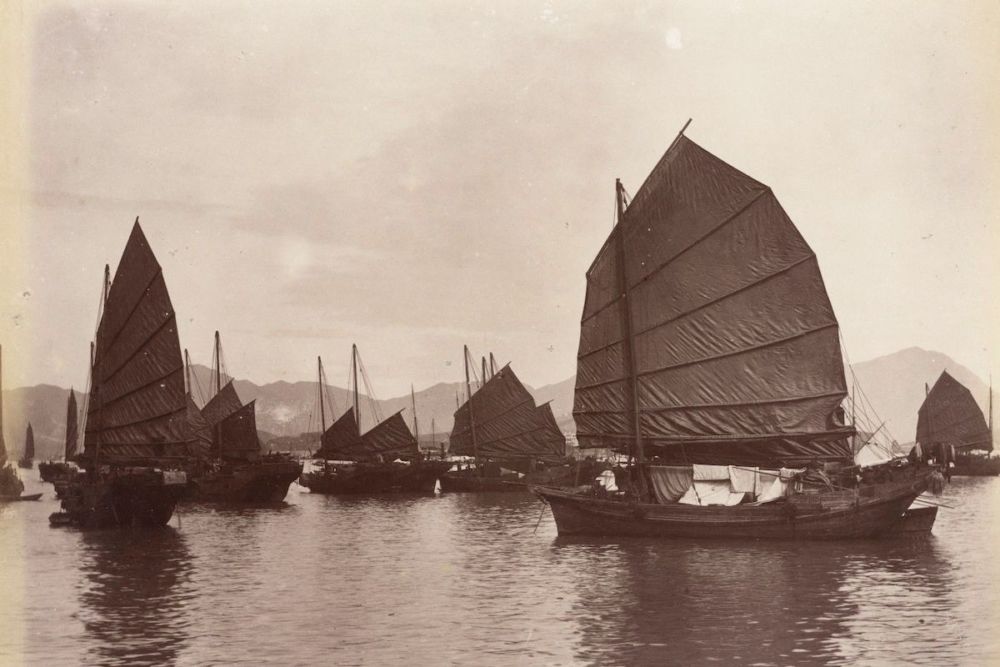 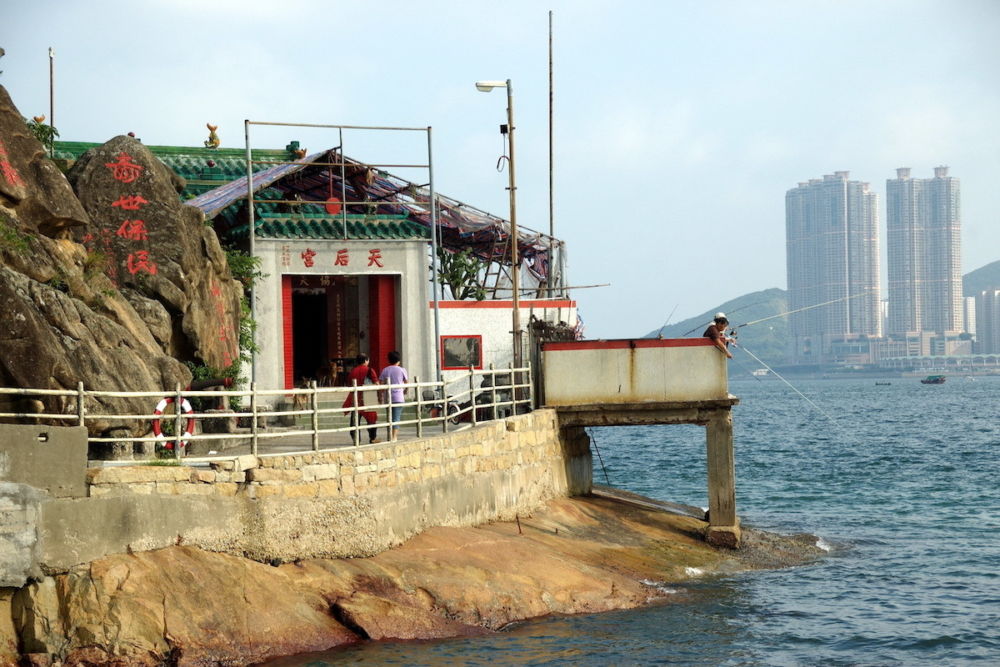 What kind of woman could accomplish such unimaginable things? She is often depicted as a cold-hearted, ambitious, and brutal criminal, but those qualities cannot explain how a woman assumed absolute power over 18,000 hardened seamen spanning from the Vietnam border to the Taiwan Strait and outsmarted an empire.

Clearly, there was more to her than the surface story of a powerful female leader. Several eyewitness accounts offer glimpses of her soft side. Oddly enough, these come from foreigners. Richard Glasspoole, a British sailor held captive for six months, describes Madam Cheng as a kind-hearted woman who brought him extra blankets and provisions. She also took a liking to a teenage Dutch orphan boy, practically adopting him during his captivity.

Then there were her role models. She may have heard of Chinese heroines like Hua Mulan. But imagine how she felt when she came face-to-face with a real-life woman general who commanded an elephant cavalry! 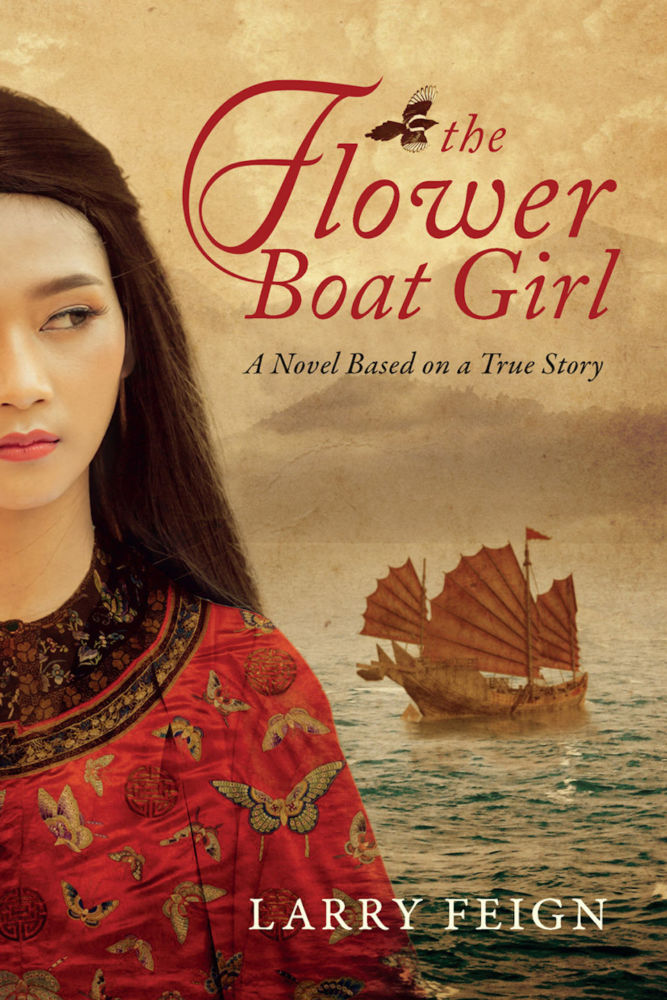 My search became a quest to discover a woman’s soul. Why did she choose to stay with her captors when escape might have been easy? What sort of genius enabled this illiterate former prostitute to innovate a new multi-national criminal enterprise? What sort of charismatic figure commanded the loyalty of tens of thousands of rough, hardened sailors? And who would marry her own adopted son?

I searched for clues in Lei Yue Mun, where her husband grew up. I wandered the shores—what’s left of them—of Tung Chung, where her mighty pirate fleet was based. Finally, I spent many hours summoning her spirit in an ancient Tin Hau temple in Tai O. I never did find the words to that folk song. But everything else I discovered had the makings of an opera or a novel. Yet no one had ever written a book to do her justice.

Toni Morrison once said: “If there’s a book that you want to read, but it hasn’t been written yet, then you must write it.” So I did. I wrote The Flower Boat Girl, a novel based on the true story of the nineteenth-century Chinese prostitute who became the most powerful pirate in history, so we can set sail with the queen and learn her story. 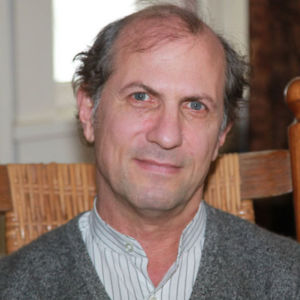 Larry Feign is a writer and artist based in Mui Wo for the past thirty years, living with his wife, two dogs, and the occasional uninvited cobra. The Flower Boat Girl, a novel based on the true story of the nineteenth-century Chinese prostitute who became the most powerful pirate in history, is now available at Bookazine in Hong Kong. Learn more at piratequeenbook.com.