In the aftermath of the #MeToo movement, addressing issues related to the gender discourse brings a contemporary kind of anxiety to light—in the sense that if the argument is unfortified, it is viewed as a manifestation of irrational, radical, men-hating feminism. But the truth is that gender inequality exists in many forms. Even the world of stand-up—including, but not limited to, the Hong Kong comedy scene—is not immune to the kind of gender disparity commonly seen in male-dominated industries.

The fact rings particularly true when we take a quick look through the line-up of the just-ended Hong Kong International Laugh Festival this year. It points out something quite blatant: a distinct lack of women in relation to men. By our count, of the 24 performing comics, just eight are women (excluding people who participated in open mics and competitions). That equates to 33 percent and it’s more or less the ratio of the whole picture.

“There’s an obvious gender gap in the local stand-up comedy scene, and in the world at large,” comments Mary Ng, a local full-time stand-up comedian. She recalls the many times she was introduced by the emcee of an event as ‘a female comedian’, when her male counterparts were referred merely as ‘comedians’. 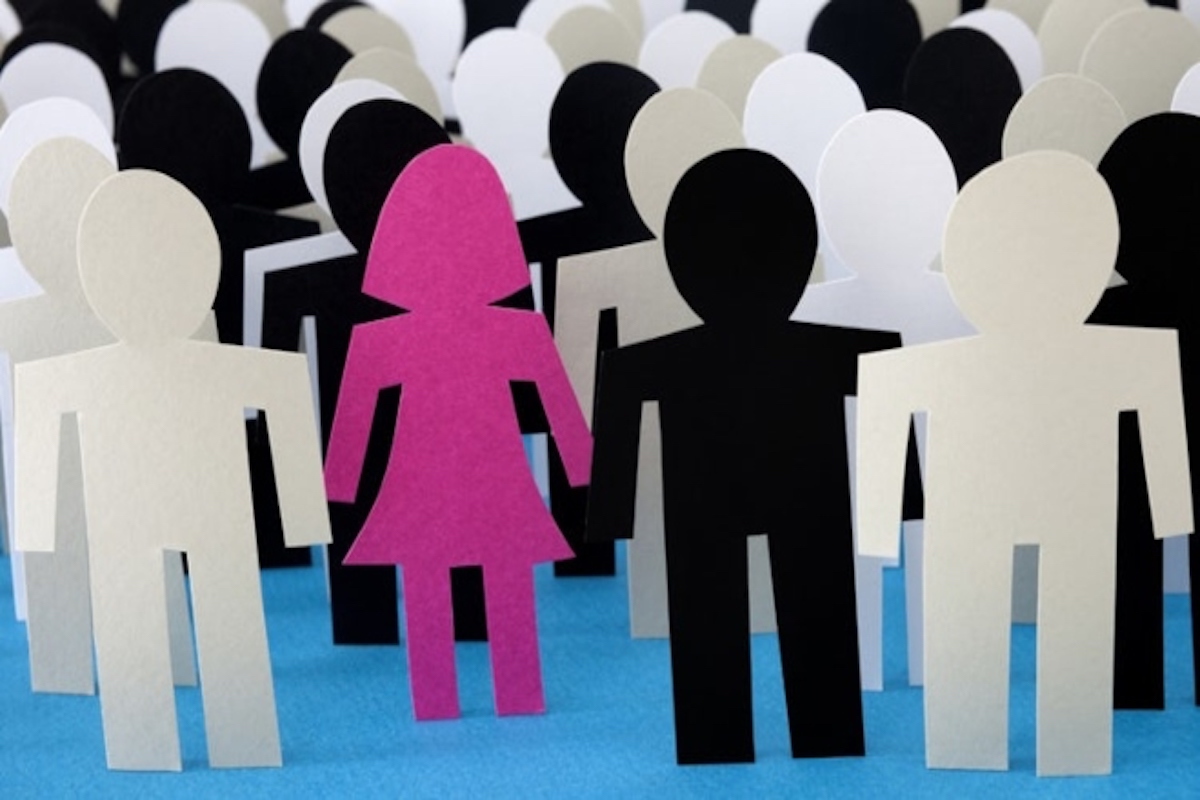 Perhaps what hampers women from attempting comedy is the social roles assigned to different genders. Matina Leung, a full-time mother and a local stand-up comedian, says, “Despite living in a modern metropolis like Hong Kong, the role of the homemaker remains […] associated with women. We’re expected to pay more attention to our families and that we shouldn’t be ‘out there’ as much.”

Stand-up comedy, at its core, is a masculine art form. To perform stand-up is to single-handedly dominate a room full of people; being on stage raises—both literally and metaphorically—the performer to an authoritative status. One could argue that such a dynamic also exists in other forms of performing arts. Yet audiences are not as intimately involved as in a stand-up show, even if it means to just crack up at jokes.

When a comedian broaches sensitive topics like sex and politics, it makes even more prominent the masculine quality of it. It is as if to say: listen to me talk about these issues tactfully and I can surprise you. Humour is linked to intelligence and—despite how erroneous it sounds—studies show that society often has a hard time accepting women as equally, if not more, intelligent than men. Women have traditionally been praised for their physical appearances instead of what they have to say. It creates an obstacle for female comedians that male comics do not have to worry about.

“Likability matters when comedians want to appeal to the audience,” Garron Chiu agrees. “Unfortunately, for some female comics, they have to look nice to be more likeable than us guys have to. There are organisers and bookers who request women to dress up because they and some audiences are uptight about it.”

There is also the cultural aspect upon which behaviours and traits are considered appropriate and desirable for different genders. Albeit dependent on social norms, women are conventionally expected to be accommodating and graceful, whereas men can be self-confident and aggressive—and this applies to stand-up as well.

“When guys make fun of themselves or do something stupid on stage, the general consent is that’s what guys do. But when women do it, audiences may find it harder to laugh at, considering there’s a certain image that women have to live up to,” posits Vivek Mahbubani, a bilingual stand-up veteran in Hong Kong.

Lily Wong, an 18-year-old student who frequently attends stand-up shows in town, says, “I enjoy going to shows held by male comedians more than female ones. I think comedy is more of a typical guys’ avenue, since they’re conditioned to constantly make fun of themselves and others. Of course, there are brilliant and funny female comics too; it’s just that I feel more comfortable laughing at a man instead of a woman.”

One factor added on after another and the result is an overwhelmingly higher number of male than female comedians. Perhaps it’s not the objective notion that “women are not as funny as men” which presents an impediment—considering the fact that utterly humourless people exist everywhere, regardless of gender—but the lack of female performers in the Hong Kong comedy scene. With so few role models, it offers little to no encouragement to any would-be female comics.

Why we want more female comedians

Stand-up comedy is an outlet, a means of expression for performers to convey opinions, whether it’s to comment on what’s not quite right about the status quo or simply trying to relate to the audience. If nearly half of the population in Hong Kong is silenced—and we mean the half that certainly has as much to say as the male portion—we are ignoring a great channel for women to promote social thought.

Female comedians have, in their own arenas, points of views and complaints of the world that a female audience can easily relate to. As a full-time mum, Matina Leung spends most of her time with her two young daughters. Many of her jokes thus centre around them, as well as the woes and joys of parenting. It attracts fellow parents to her shows, but audience members without children can also resonate with her humour given her vivid stage presence.

Embracing her identity as a mother, Leung has consolidated a unique and family-friendly brand of wit and attitude, which brings diversity to the scene. This creates a stark contrast to the female comics who focus on raunchy or taboo jokes to give themselves an edge. Of course, that’s not to say that female performers should only toggle between feminine topics like motherhood.

The key comes down to empowerment: it is to elaborate or recreate what it is that female comedians can be, and not restrict them because of their gender. Leung, for instance, is looking to expand her comedy scope to covering death and social movement in the future, because she’s “not just someone’s mother and caregiver.” There are many other topics in her life that she would like to voice that out in a humorous way. 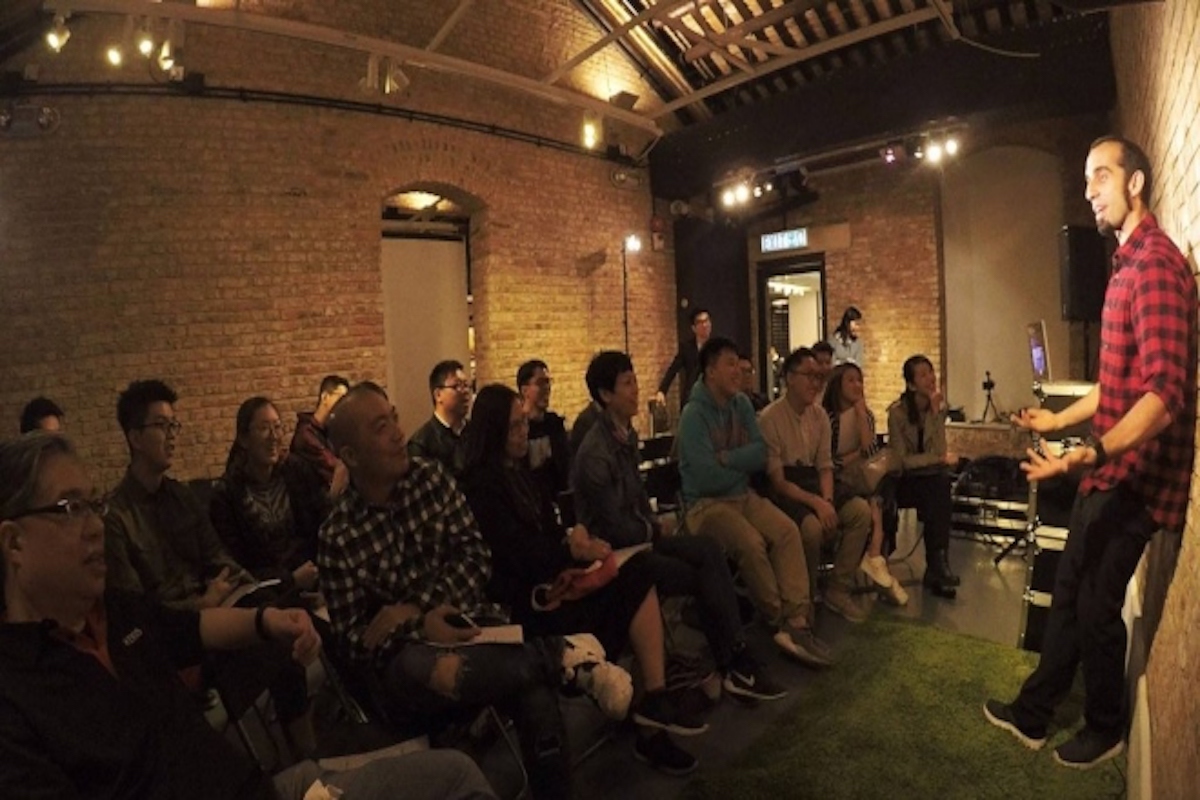 What can be done?

It’s easy to say that aspiring female comics should not be set back by the social norm. But let’s say that a young woman has overcome this challenging mentality and decided to try out comedy: how can she launch herself into the spotlight?

Certain changes have to be exerted extrinsically. Comedy clubs are usually where future stars catch their big breaks and it should be their duty to make the comedic platform open for everyone, and to remind women that people want to hear about their stories too.

One plausible solution is to organise more comedy workshops. Garron Chiu points out that far more women respond to them. “For open-mics, you go alone and the concept may be a little too intimidating for women, not to mention that they need to prepare to get heckled by audiences. For workshops, women are like, ‘I want to bring friends and we want to go together.’ It’s a more comfortable environment for them,” says Chiu.

This journey feels particularly familiar to Mary Ng. A journalist-turned-comedian, Ng got her first taste of stand-up comedy when she joined a workshop held by Vivek Mahbubani, where she learnt about the art form and how she can utilise it as an outlet to cover facts and stories with a touch of hilarity—something that hard news can’t offer. Now a full-time stand-up comic, she regularly organises her own talk shows and stand-up comedy classes for kids. Matina Leung, likewise, started out by participating in a stand-up comedy workshop held by Jami Gong, founder of TakeOut Comedy, who later invited her to perform in a Cantonese stand-up show.

Same as comedy clubs, bookers also possess the ability to produce stars and foster actual change in the composition of stand-up comedy. The crux is for them to realise that there are potential markets for all genders. Suppose the organiser of a boxing event is looking to hire a comedian emcee to host it; it’s highly likely they would book a testosterone-driven male comic who’s capable of commanding the fierceness, anger, and aggression distinctive of a combat event. Alternatively, if a stand-up comedian is sought to entertain guests at a company’s anniversary dinner, one should surpass the “men are funnier than women” mindset, as female performers can have audiences roar with laughter, too.

There’s still progress to be made in the acceptance of women as comedians. But our society has made great strides in increasing the appreciation of female performers. As Leung says, “In the English stand-up scene, which boasts a bigger community than the Cantonese one, I’ve observed an emergence of more and more female comedians. There have also been quite a lot of English all-women shows in recent years.” Chiu adds, “When I first started seven years ago, there were way fewer women and less diversity in general. It’s moving in a direction that’s better.”

Perhaps it will never be fifty-fifty. Just like at the gym, there will always be more men than women in the weight-lifting section. Women may simply prefer another direction, such as yoga and cardio exercises. Some professions may just inherently speak louder to one side of the gender spectrum. The same goes for the nursing industry. The caregiving position stereotypically associated with women has seen a male increase in the field since the 1960s, although the gender disproportion remains.

What we can do is encourage women to be more outspoken and reinforce that they’re more than welcome to join the community of stand-up comedians, even if it means being a member of a boy’s club. Bookers and comedy clubs need to be held responsible to produce an atmosphere that allows female comics to thrive by recognising women and putting them on shows based on their skillsets, not on whether they look good enough to be presented to the audiences.

As Mahbubani puts it, “Women are just as powerful as any other genders in the world. It’s just a matter of time, finding their own humour, […] and joining along.” May female comedians in Hong Kong continue to break boundaries, bring mirth and amusement to our city. 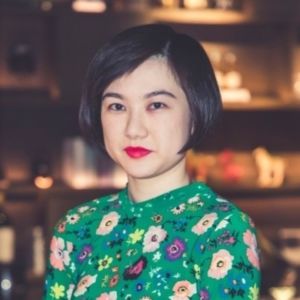