Celebrate 40 Years of Beautiful Music with the Hong Kong Philharmonic

By Localiiz 6 January 2014
share:
January 6th 2013 Despite the sudden loss of orchestra personnel manager Ambrose Yeung just before Christmas, the Hong Kong Philharmonic are proving that “the show must go on” as they prepare to celebrate their 40th anniversary as one of the biggest players in Hong Kong’s cultural and music scene. 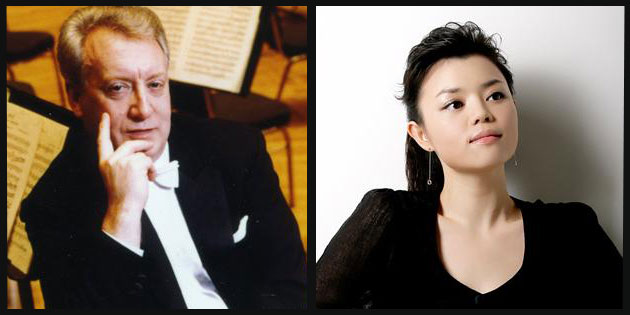 The HK Phil 40th Heritage Concert will take place at the orchestra’s original home, Hong Kong City Hall Concert Hall, on January 10th and 11th, almost 40 years to the day since their first performance in the Fragrant Harbour. On the programme for both evenings will be Beethoven’s Egmont Overture and Piano Concerto No. 3, as well as Tchaikovsky’s Symphony No. 5. Leading the concert will be David Atherton OBE, former musical director of the Hong Kong Philharmonic. David has enjoyed a wildly successful career in the worldwide classical music realm, being the youngest conductor to ever appear at the Royal Opera House in London. In 1967 he cofounded the London Sinfonietta - widely regarded as one of the world’s leading chamber orchestras - and his subsequent recording of Tipett’s opera King Priam was given the coveted International Record Critics’ Award. He retired from the HK Phil in 2000, after which he was honoured with an OBE for his contributions to music in Hong Kong. Returning pianist Chen Sa will be the featured musician at the concert. Described as “one of the brightest performers of her generation” by Classic FM, Chen has worked with many celebrated conductors and orchestras around the world. She has performed in the prestigious Tokyo series ‘The 100 Great Pianists of the Twentieth Century’, and won many awards for her talents.