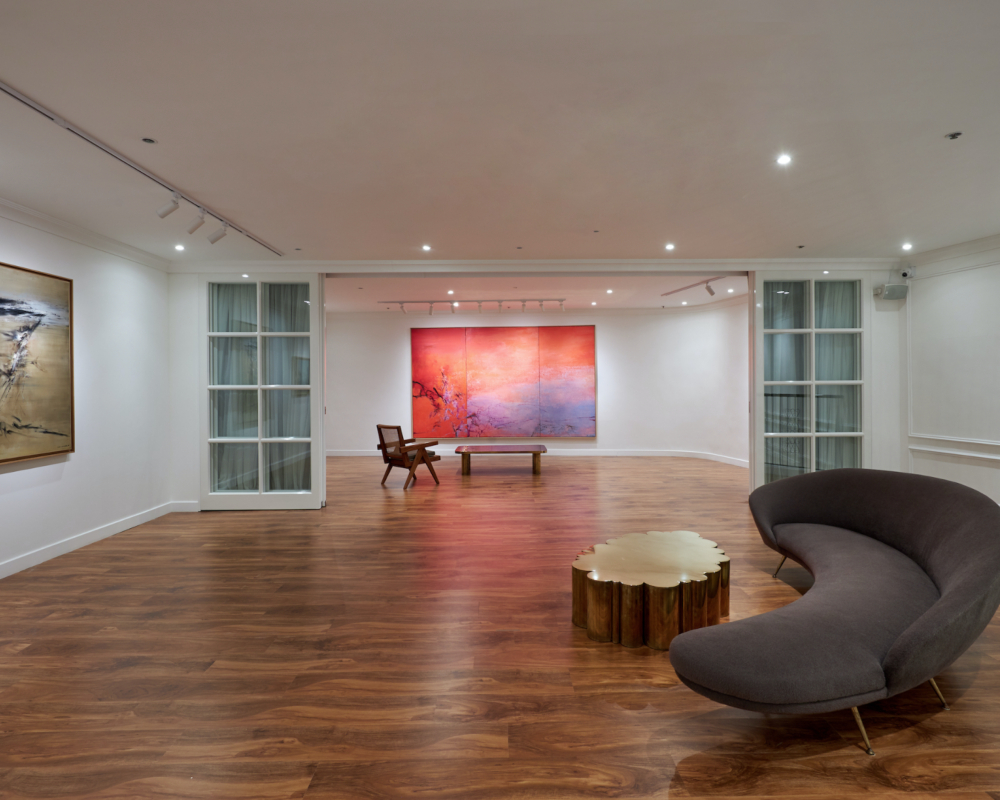 Villepin opens its doors with an exhibition of work by the late artist Zao Wou-Ki, the Chinese painter most celebrated for his embrace of Eastern and Western artistic traditions. Titled ‘Friendship and Reconciliation’, the exhibition aims to address not only Zao Wou-Ki’s creative resolution of disparate cultures and painterly styles but also the friendships he formed with fellow artists and collectors throughout the course of his career – friendship being a core value that stands at the heart of Arthur and Dominique de Villepin’s new gallery. The exhibition also marks the centennial anniversary of the artist’s birth.

Through rare works from the 1940s to the early 2000s, including a selection of large-scale oil paintings, watercolours Chinese inks and lithographs, the exhibition will tell the story of Zao Wou-Ki’s life and the evolution of his practice, from his background as a drawing instructor in Mainland China and early figurative tendencies to an iconic mid-century painter known for his abstract and gestural works.

Through his use of bold lines and swirls of highly saturated colors, combined with elements of Chinese calligraphy, Zao Wou-Ki’s paintings mark an exemplary reconciliation between Chinese and Western aesthetics, in which the language of modern abstraction is enriched by Asian traditions deeply rooted in the past.

Tags:
Culture painting exhibition
share:
chevron_left
What’s on Lau Bak Livehouse at Freespace
What’s on In the course of Dancing, from Nightfall to Darkness
chevron_right