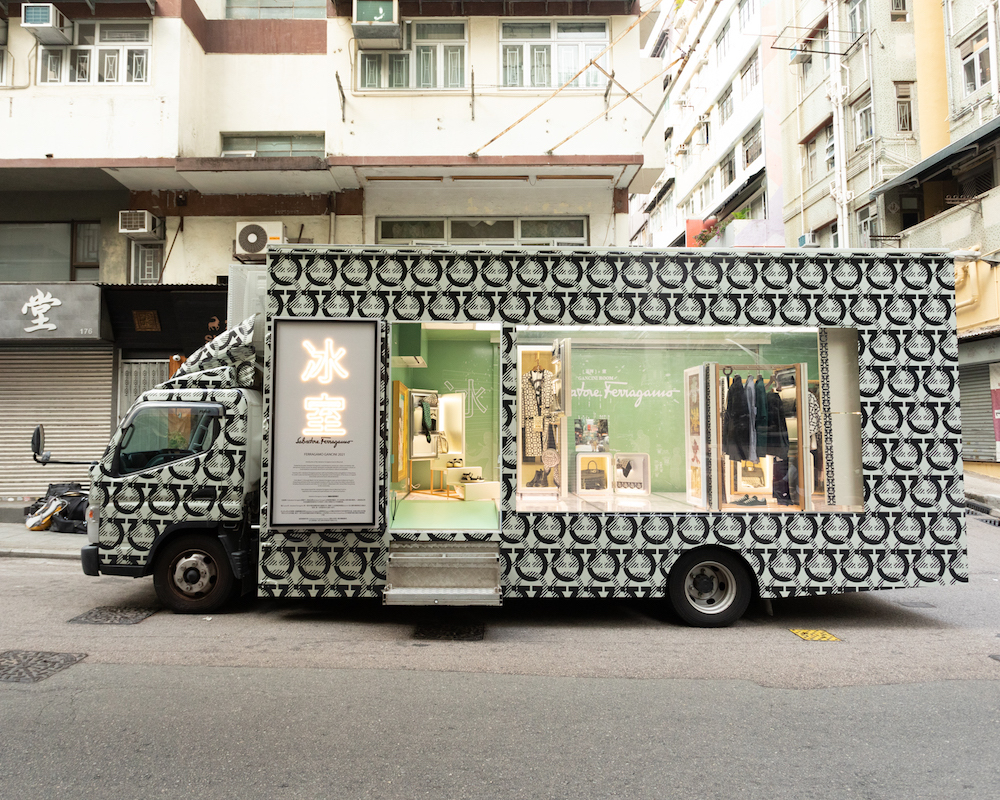 Italian fashion house Salvatore Ferragamo is partnering with specifically local budding artists and galleries around the world to curate a series of pop-up trucks featuring Gancini, the legendary iconic monogram of the house, in an effort to support local artists and revive local cultural elements. From March 13 through March 18, the “Salvatore Ferragamo Bing Sutt Truck” in Hong Kong will dock at three locations most symbolic of the city’s unique East-West cultural blend, bringing selected art pieces and other fun “art-tivities” to the community.

During the campaign, the “Salvatore Ferragamo Gancini Bing Sutt Truck” will be docked in three locations in the city—Man Mo Temple and Queen’s Road Central in Sheung Wan, as well as Harbour City by the Victoria Harbour—as a homage to the birthplace of the “Bing Sutt” culture. More than just a pop-up, the truck is also an exhibition site of local artworks. Submitted through an open call for Hong Kong artists organized by the Hong Kong Art Gallery Association, five art pieces by local artists are selected and will be displayed in the “Salvatore Ferragamo Gancini Bing Sutt Truck.” 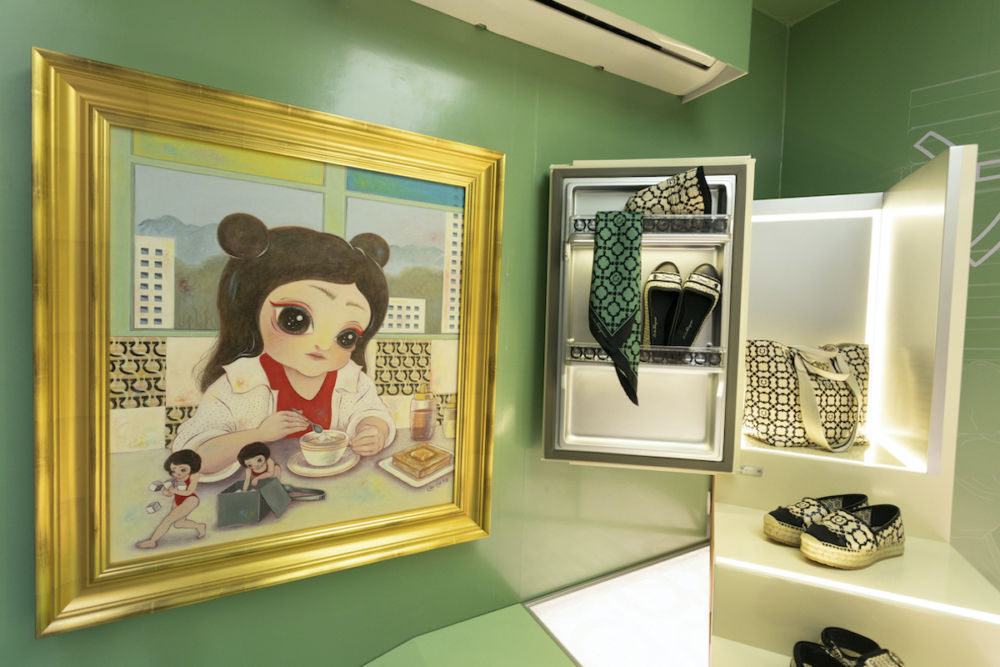 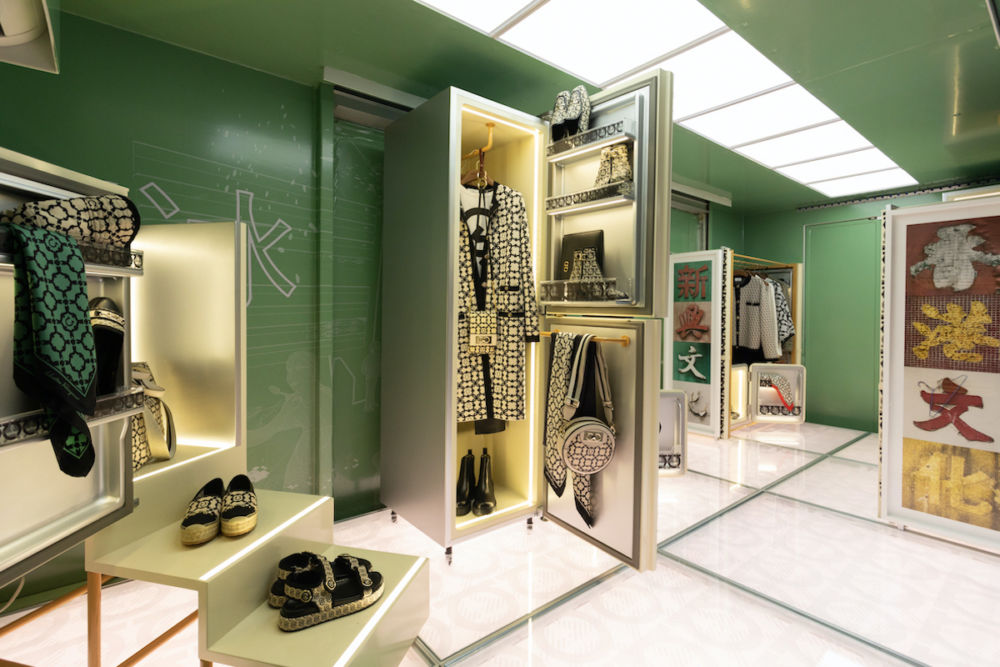 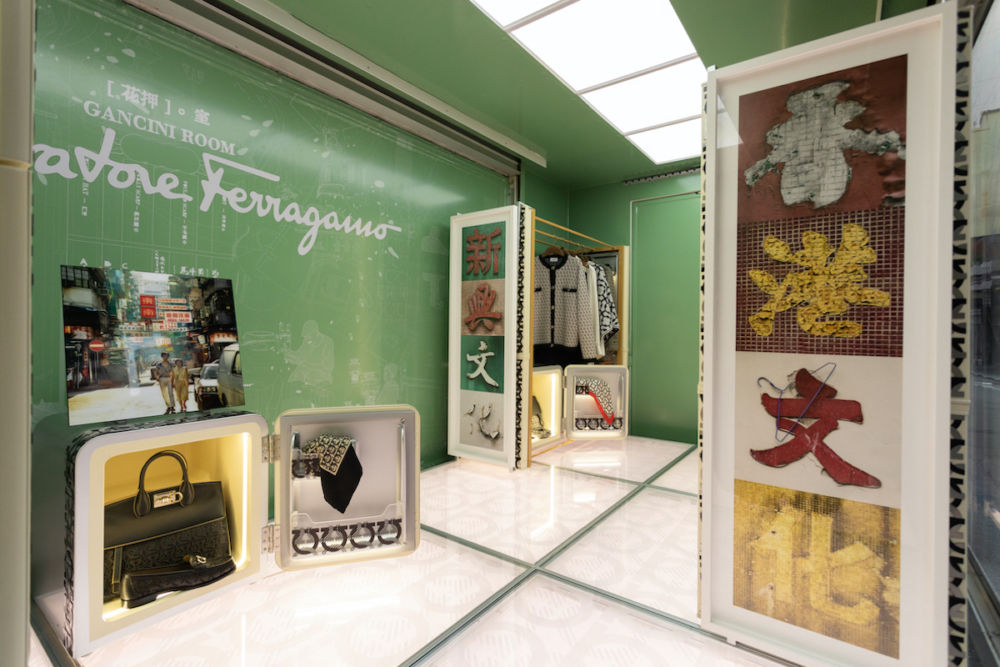 To further engage the community, free postcards carrying the image of the “Salvatore Ferragamo Gancini Bing Sutt Truck” mural will be given out at the nine participating galleries. Those who upload a snapshot inside the truck to social media and hashtag #FerragamoHK #Gancini will be rewarded a postcard and a jar of candy with a Gancini touch in designs and flavours inspired by traditional food items served at a “Bing Sutt,” such as milk tea, egg tarts, and lemon tea. It sets to fully immerse the local community in an authentic “Bing Sutt” experience.