‘The Therapy and the Theatre’ Series: David Kim Whittaker 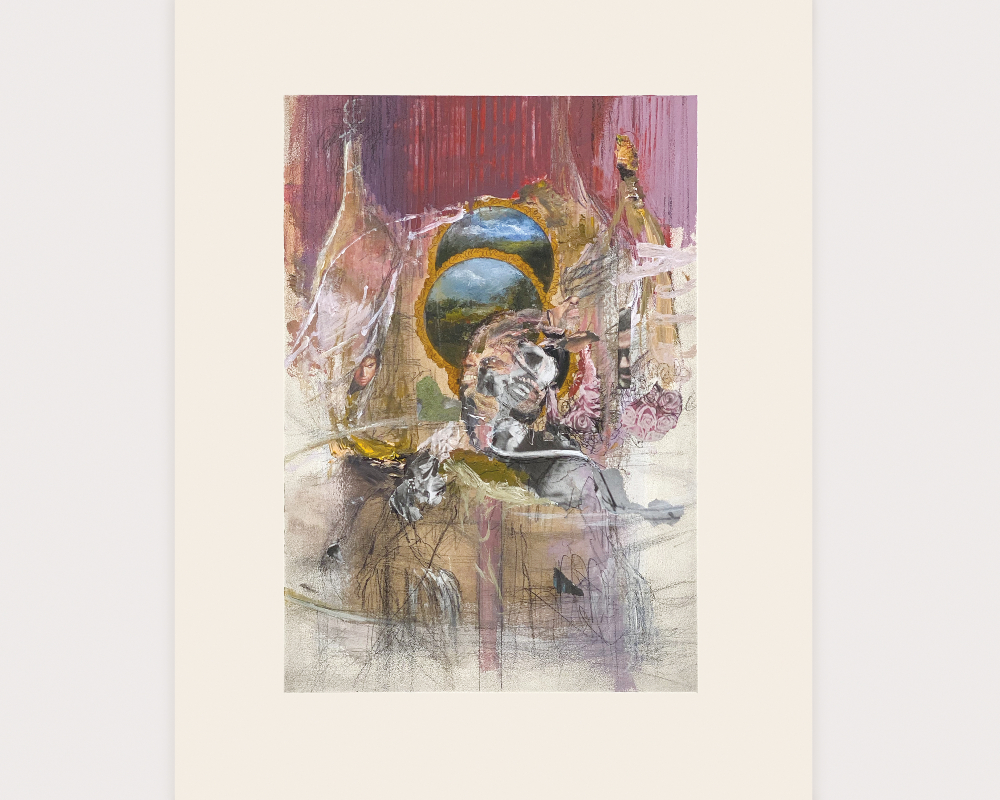 Opera Gallery will unveil selected pieces of David Kim Whittaker’s latest ‘The Therapy and the Theatre’ series on its official website and Instagram this May. Following her last solo exhibition in Monaco, David Kim Whittaker has completed the series which consists of 35 smaller, notably physical, mixed media works and is created to reflect the messiness and detritus of the world we live in alongside our vulnerabilities, but also reflected a sense of transcendence, truth and hope through the disorder – a state of conflict and resolution.

Completed between the end of 2011 until the start of 2020, the 35 pieces have provided an energetic interlude incorporating pencil, chinagraph, collage, acrylic, oil, ripped bible pages from Leviticus, wire, studio rag, charity shop clothes, dolls lace, strips from vintage cartoon and spray paint. Through repetition and scale of work, Whittaker was able take in the freedom and play which often leads to catharsis. What started as a small group, soon grew into a larger series. The series included pieces titled Watch Me Swan Dive to My Death My Darling, The World Has Overwhelmed me with its Tragic Beauty, England Where Are You Going, When the Joke Hits the Deck, Sabotage to Extremism, The Second Coming, etc.

“As the series title suggests, making this work continues to help me to come to terms with the world and my place within it. The paintings have a physicality that could be seen to fall somewhere between the thick undulations of earth and slurry at the foot of a John Constable painting and the unmade sheets and personal spillings of Tracy Emin's bed,” says Whittaker. “The pieces are made intuitively, responding to the chaotic news and 'goings-on' from the outside world and the haven of the studio, the panel is where these places converge. The works are an honest response to being alive and being affected.”