Inherit the Dust by Nick Brandt 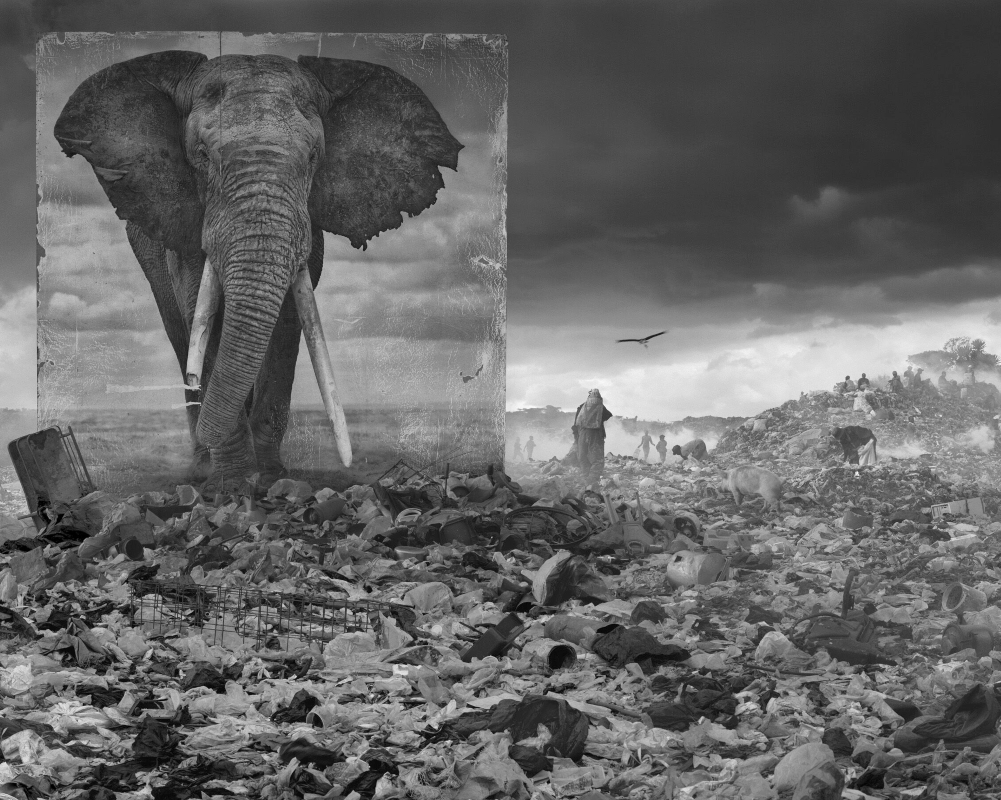 Many wildlife species such as Rhino's and pangolins are on the brink of extinction due to its consumption as luxury objects, delicacies or medicines. Even elephants risk to no longer roam the vast wilderness of Africa in 20 years if their numbers keep dwindling at this pace.

Despite the international bans wildlife crime has become more lucrative and dangerous, involving large-scale, transnational organized criminal networks. It is now the 4th most profitable illicit trade in the world, estimated at up to US$19 billion each year. Hong Kong until this day remains the biggest hub for ivory and wildlife trade.

'Inherit to dust' was photographed between 2014 and 2015. The series consists of unreleased portraits of animals, taken over prior years, printed life-size and glued to large panels. These panels were then placed in within a world of explosive urban development, locations where animals such as these used to roam but, as a result of human impact, no longer do.

In all but a few of the final photographs, the animals within the panels are effectively invisible to the people going about their lives. The animals have been reduced to ghosts in these violated landscapes.

The damnation of animal life, the debasement of human life, the destructive conjugality between the two: It is not just the animals who are the victims of environmental devastation, but also the humans inhabiting these landscapes.

And the damage is not limited to humans sharing wildlife habitat. Currently, many innocent people in China and across the world are being infected and are dying by novel viruses stemming from this cruel and needless trade. As per SCMP 29 January 2020, "China has to choose between the narrow interests of wildlife businesses and the national interest of public health. It cannot allow a minority of wildlife traders and exotic food lovers to hijack the public interest of the entire nation."