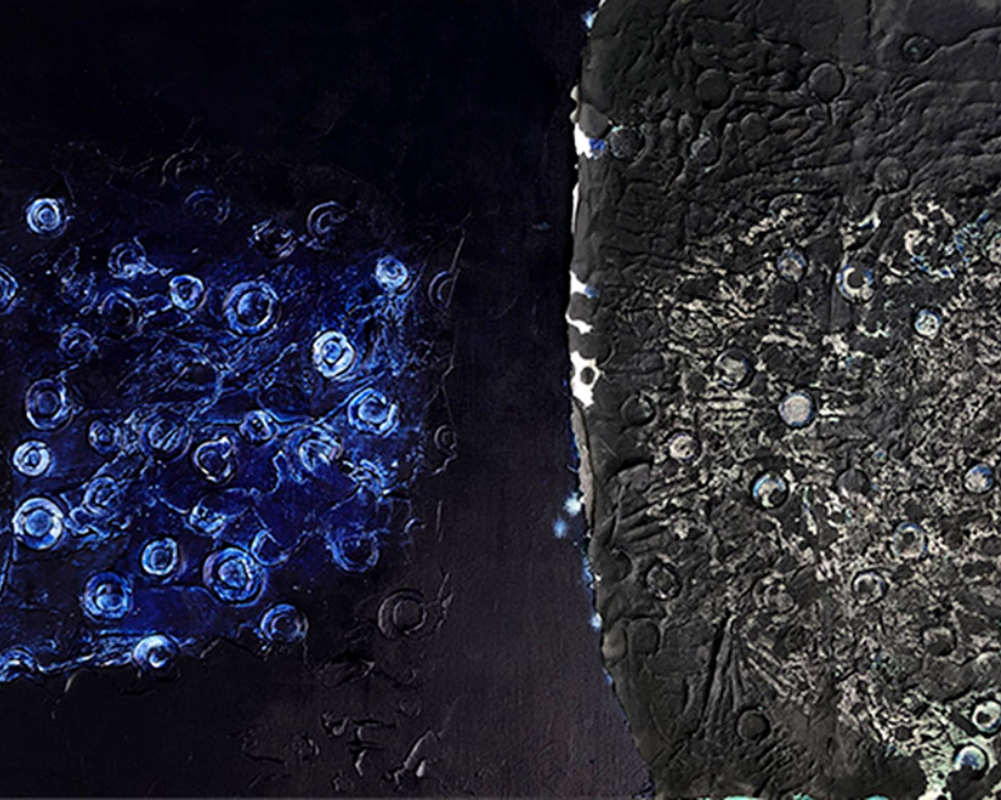 Traditionally Chinese artists have focused on the subject of gardens and nature to communicate the artist’s personal relationship with the world and landscape. For this exhibition we have selected to showcase Zhang’s “Rubbing Rain” and “First Drop” paintings that draw upon his fascination with water. Placed in poetic dialogue alongside Edelstein’s photographs and sculptures exploring the structure and forms of leaves, the gallery environment morphs into an “ineffable garden” of contemplative curiosity.

Zhang Jianjun is an abstract artist preoccupied by the themes of existence, time, space, and transformation, and their effects on individuals and culture. He began to pursue abstract painting in the 1980s, with the Chinese ink and mixed media paintings from his 1985 “Existence” series typifying the ‘rationalistic painting’ of the Chinese avant-garde movement. Zhang’s interest in the natural world has inspired his current “First Drop of Water” series of paintings portraying the impact of a droplet of water on a surface. His related “Rubbing Rain” series extends his philosophical exploration of the water drop, as one raindrop forms a concrete image while “rain” macroscopically captures a metaphysical concept.

The interface of nature and life serves as the foundation for Barbara Edelstein’s artworks. Her internalised interpretations of leaves, with their intricate forms, membranes and patterns, are poetically interpreted in both two and three-dimensional artworks, including photography, ink painting and sculpture. Her work is strongly influenced by Buddhism and traditional Chinese artists, including Ba Da Shan Ren, Zhang Xu, and Huai Su. Edelstein often employs industrial materials like silicone and current technology in combination with traditional techniques such as Chinese ink on paper. Her fascination with the structural forms of leaves has led to her series of leaf sculptures, photographs and drawings, through which the artist conveys a message of universal oneness.