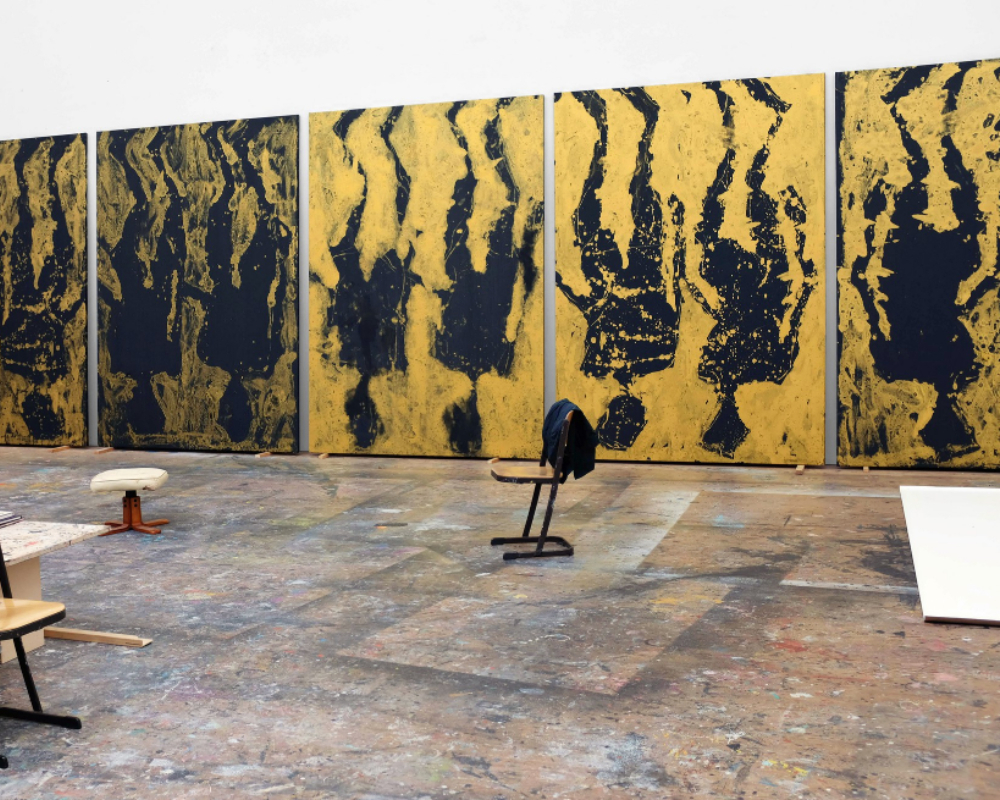 Gagosian is pleased to present Years later, an exhibition of new paintings and works on paper by Georg Baselitz. This is his first solo exhibition with the gallery in Hong Kong. Significantly, it is also the first exhibition to open to the public within our international network of galleries since the global COVID-19 lockdown. We are grateful to once again be able to present physical artworks in an exhibition conceived specifically for the Hong Kong gallery and its context, and we look forward to welcoming the public back to view and celebrate the work of a great living master.

An early pioneer of the neoexpressionist movement that had its origins in postwar Germany, Baselitz combines a vigorous and direct approach to art making with a sensitivity to art historical lineages. He counts Willem de Kooning and Philip Guston among his key influences, and is known for his uncompromising approach and critical stance. In 1969, he began to compose his images upside down to slow the processes of making, looking, and comprehending. Over the past fifty years, often referring to and reinterpreting his own body of work, he has further augmented his visual language with a range of formal and historical allusions yet has consistently returned to the human figure as his central motif.

This exhibition is focused on a set of thirteen large oil paintings that Baselitz made using a “contact-printing” technique related to the one applied in his series, What if… (2019), which was exhibited at Gagosian San Francisco earlier this year. To create each new black-and-gold painting he uses a stencil to render inverted figures on blank canvas, painting just the panel’s background to generate bold negative silhouettes. Against this ground he presses a black canvas, lifting this second support to produce an image distinguished by a slightly softer look than those made more directly. The hybrid result not only stresses medium over image, but is also distinguished by an element of unpredictability that bespeaks freedom and vitality. In a single painting in pink, the figures are rendered without a stencil as positive images.