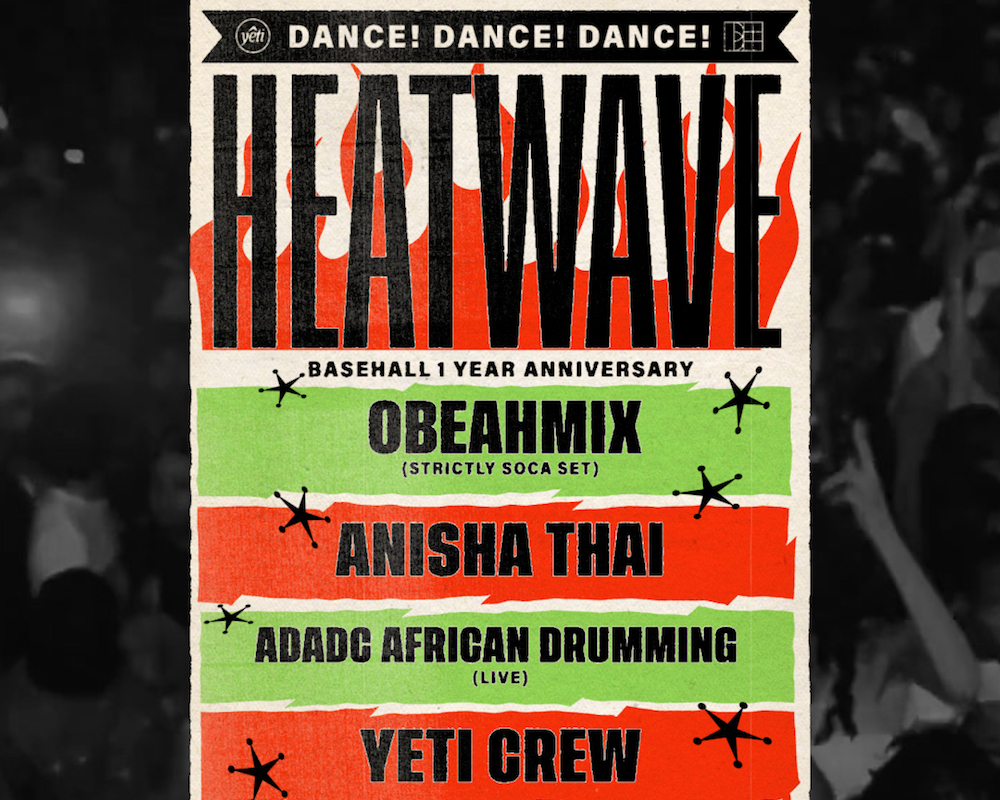 Despite opening amidst a tumultuous year in Hong Kong, multi-concept food hall BaseHall is celebrating its first anniversary and continuing its mission to act as a platform for local culinary talent, whilst cementing its position as a go-to destination for foodie and cultural activities in the heart of Central.

This August, BaseHall will kick off its second year in style with an exhilarating anniversary party! “Heatwave” will bring the atmosphere of London’s famous Notting Hill summer carnival to BaseHall with exclusive food and drink offerings paired with the sounds of soca, samba, calypso, baile funk, and global bass beats that’ll have revellers dancing the night away. During the evening, “Makha” African Drum Dance, DJ Obeahmix, and Anisha Thai will make special appearances to get the crowd into the true carnival spirit.

“Heatwave” will be held at BaseHall from 6pm to 10pm on Saturday, August 28. Tickets for the event are now available at Eventbrite.