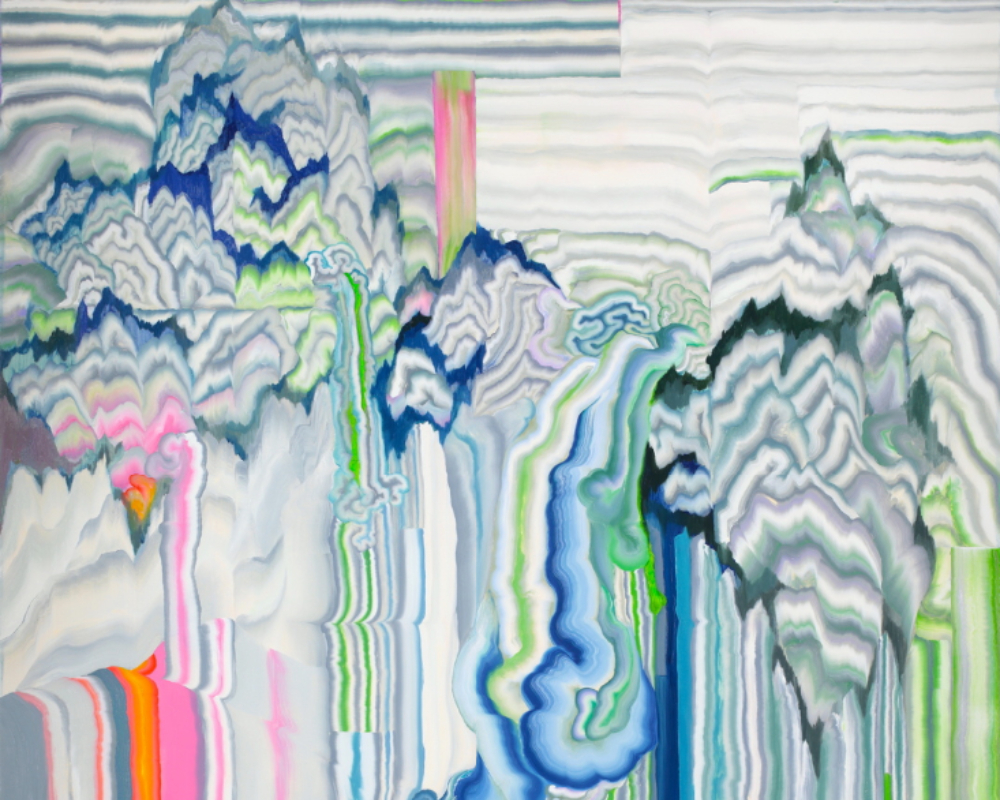 Living through the transition between the analogue generation and digital generation, Kim Young-Hun is passionate in observing and deciphering the unknown between the 1 and 0 of binary codes. For Kim, such incomprehensibility intrigues him to create disoriented and euphoric paintings: Inspirations such as stripe covered light bulbs, white noise from digital screens, and invisible vibrations from string instruments allow Kim’s works, in his wordings, to “…generate an electronic-like abstract painting language that interferes with some parts of the ambiguous boundaries of our ever-changing digital or reality lives”.

Kim has been creating works under the same series called “Electronic Nostalgia” for more than 10 years. ‘Electronic’ symbolizes the ever-changing energy of life as if the tantalizing pastel visuals of his paintings are transmitting electricity to enthuse the audience and senses the vibration of vitality. On the other hand, ‘nostalgia’ echoes with Kim’s background as a young but ambitious painter who has experienced the overwhelming influence of technology.

As an artist who feels sentimental of living in the post-analogue revolution, Kim expresses such reminiscence by juxtaposing classical palettes from Korean painting history and cutting-edge neon pink and green. Put together, Kim’s ‘Electronic Nostalgia’ series electrifies the audience and introduce them to what Kim refers as ‘new visual intelligence’ — the ability to visualize the world with a pioneering perspective, and to modify their surroundings based upon perceptions, and recreate the aspects of visual experiences.