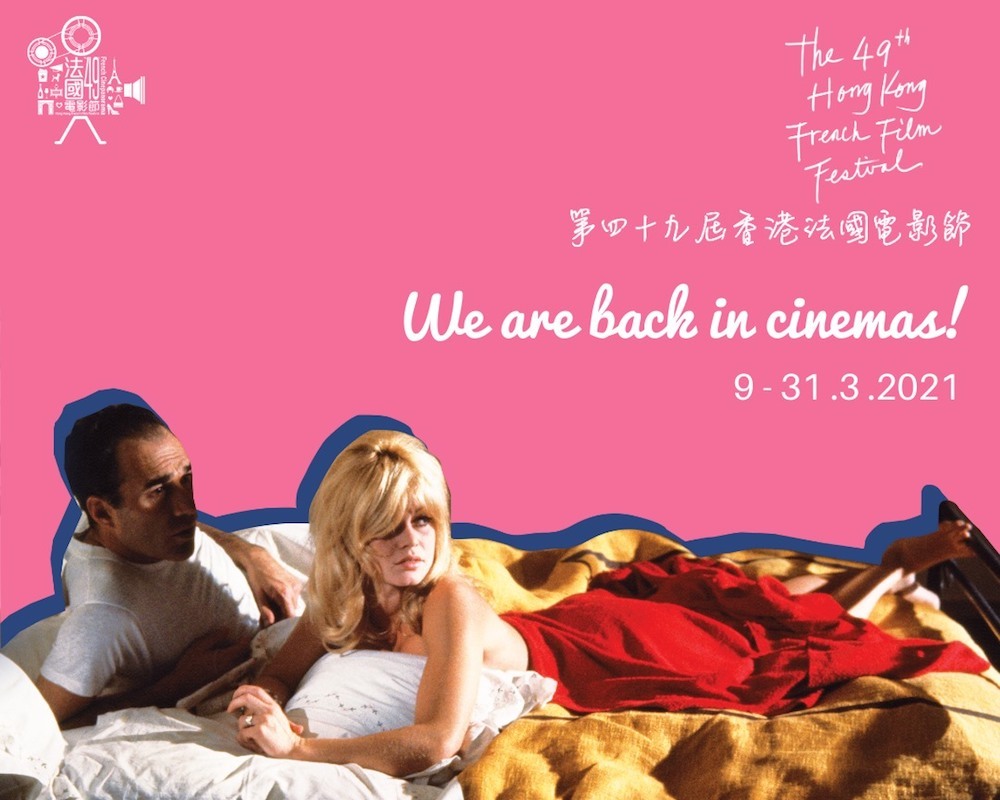 The French Cinepanorama, Hong Kong French Film Festival (The Festival), is back in the cinemas! Due to the relaxation of social distancing measures, the second half of The Festival is now rescheduled in cinemas. A total of 47 screenings and 37 films will be screened in three cinemas and at Alliance Francaise Jordan centre from 9 to 31 March.

Organized by the Alliance Française de Hong Kong, the 49th Hong Kong French Film Festival originally took place in December. Due to the tightening of the social distancing measures, over 40 in-cinema screenings were cancelled then. The Festival is glad and excited to reschedule all affected screenings in March. A series of special events are rescheduled as well, including a live post-screening Q&A session in partnership with Agence France-Presse (AFP) for Camille and Looking for Gilles Caron, and Two of Us, where film buffs will have the chance to meet French directors online. Click here to see the full festival schedule and purchase your tickets!