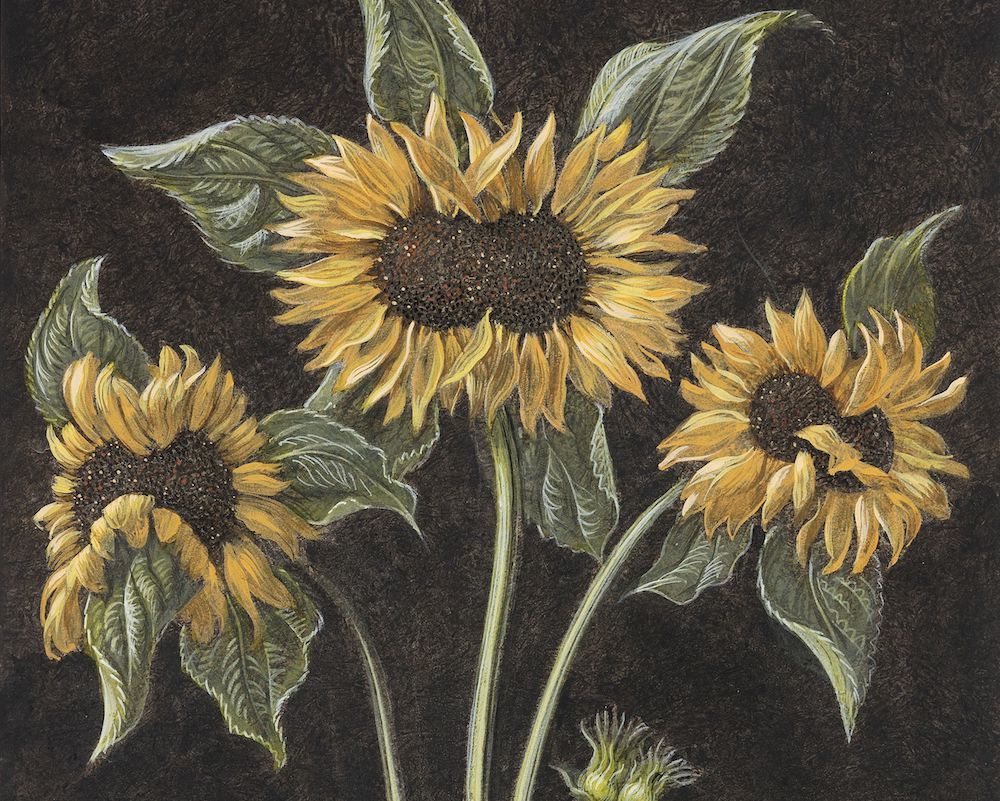 Perrotin Hong Kong is pleased to present a solo exhibition by French artist Laurent Grasso, “Future Herbarium.” Grasso’s practice includes videos, paintings, sculptures, and public installations. His art is concerned with heterogeneous temporalities, geographies, and paranormal phenomena, by materializing what lies behind common perception, spurring a new perspective on history and reality. The selection of works on view includes his recent series “Future Herbarium,” which features dozens of painted and sculptured flowers executed in the manner of nineteenth-century herbariums; the latest works from his “Studies into the Past” series; and his video installation “Solar Wind.”

“Future Herbarium” is titled after Grasso’s latest investigation into the idea of exploring the contemporary world anew. Key to these ongoing studies is his recently debuted film Artificialis, which was produced in collaboration with the Musée d’Orsay. Film has been a core medium in Grasso’s art-making, employing overhead camera shoots and various technologies and instruments to reveal things invisible to the human eye. Artificialis is Grasso’s first film to be made up entirely of treated footage.

In parallel to Artificialis, Grasso developed “Future Herbarium,” a body of painted and sculpted flowers executed in the manner of nineteenth-century herbariums, shaped by observations of different species of flowers that mutated after the Fukushima disaster in Japan. Some of Grasso’s conjoined flowers are rendered as casted bronze and carved marble sculptures, suggesting fossilised forms of his painted specimens. One room in the exhibition is dedicated to works from this new series. A second room features new works from Grasso’s emblematic series, “Studies into the Past,” which he initiated in 2009, reconstituting methods and imagery used by the Italian and Flemish masters of the fifteenth and sixteenth centuries such as Andrea Mantegna and Hans Memling.