Over the Influence presents: “It’s Never Over” solo exhibition by Michael Kagan 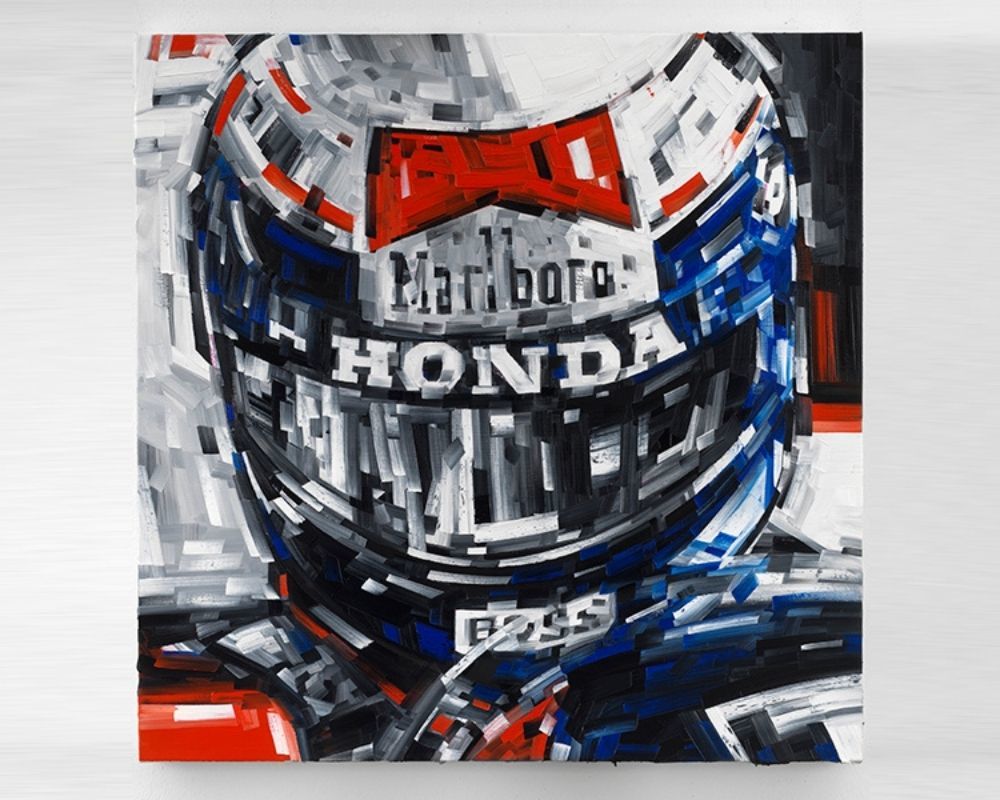 Having accrued a variety of special projects under his belt including a commission from The Smithsonian, an apparel collaboration with Pharrell Williams, and album cover artwork for The White Lies album Big TV (which won an Art Vinyl award), Brooklyn-based Michael Kagan is bringing his work to “Over the Influence” for the first time ever. Debuting on March 3, the “It's Never Over” exhibition runs until May 8 and will showcase portraits in tribute to six legendary F1 drivers. Partly evoking grand paintings that adorn the halls of fame, Kagan captures these top drivers through brushstrokes of composed chaos. Pinpointing the meeting of past and present eras in the sport, Kagan draws upon the tradition of drivers paying tribute to other drivers of the past, like Hamilton‘s yellow helmet worn in remembrance of Senna. The thrilling exhibition will be on view between Tuesdays to Saturdays.