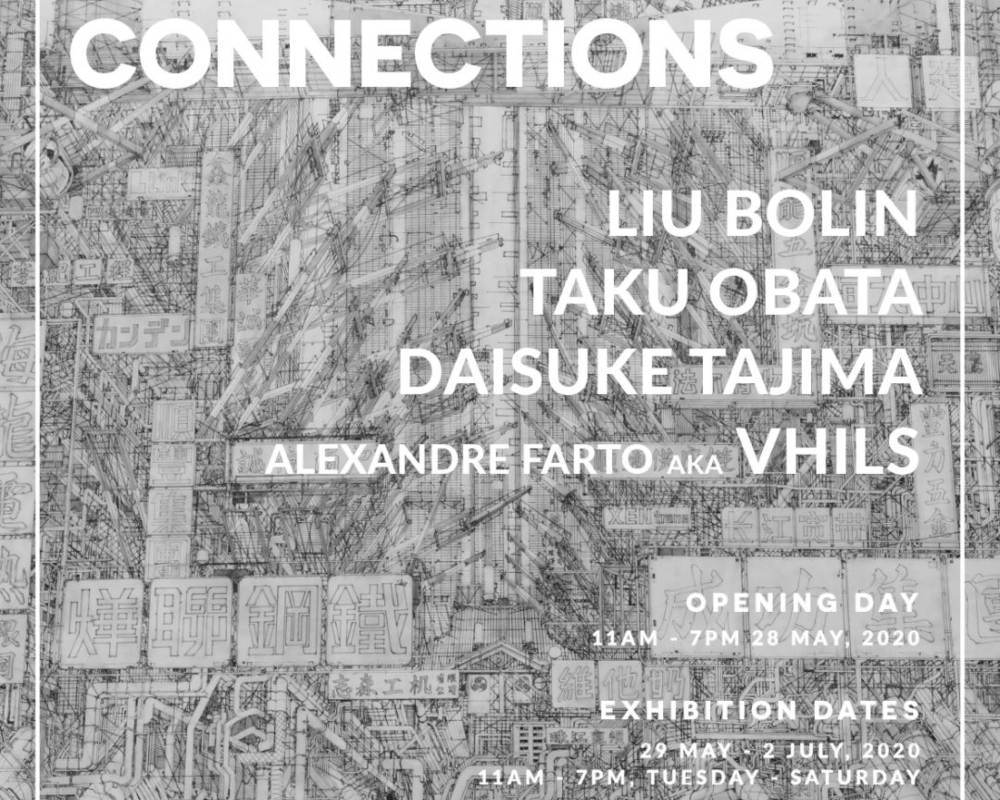 Over the Influence is pleased to present group exhibition CONNECTIONS, opening on 28th May 2020 at the gallery’s recently extended space. Exploring current issues of our time with a focus on urbanization and the human condition, the show will feature new and iconic works by Liu Bolin, Taku Obata, Daisuke Tajima, and Alexandre Farto aka Vhils.

Each artist approaches the connection between humans and the urban environment through varying practices. Liu Bolin discusses global social concerns through his artistic practice, most prominently through his ‘camouflage’ installations. Traversing mediums such as performance, photography, Liu Bolin dissects the tense relationship between the individual and society by ‘disappearing’ into environments which are sites of contention and criticism.

Japanese artist Taku Obata is well-known for creating life-sized sculptures of geometric subjects that glean inspiration from hip-hop and breakdance cultures. For this exhibition Obata captures, exaggerates and deforms the human body in dancing movement, emphasizing the bodies’ shapes, poses, and physiques in new works on paper. The movement captured in space, particularly in connection with urban culture and cityscapes brings the intrinsic physical connections of humans and cities to the surface.

Known for his highly detailed and serried style in monochrome, Daisuke Tajima builds an imaginary world of endless cityscapes, urban structures, and machinery. Appearing industrial and emotionless, the imaginary cities evoke a strong sense of isolation, while their density and pace also provoke the feeling of restlessness and excitement.

An ongoing reflection on identity, on life in contemporary urban societies and their saturated environments, Vhils’ work explores themes such as the struggle between the aspirations of the individual and the demands of everyday life, or the erosion of cultural uniqueness in the face of the dominant model of globalised development and the increasingly uniform reality it has been imposing around the world.