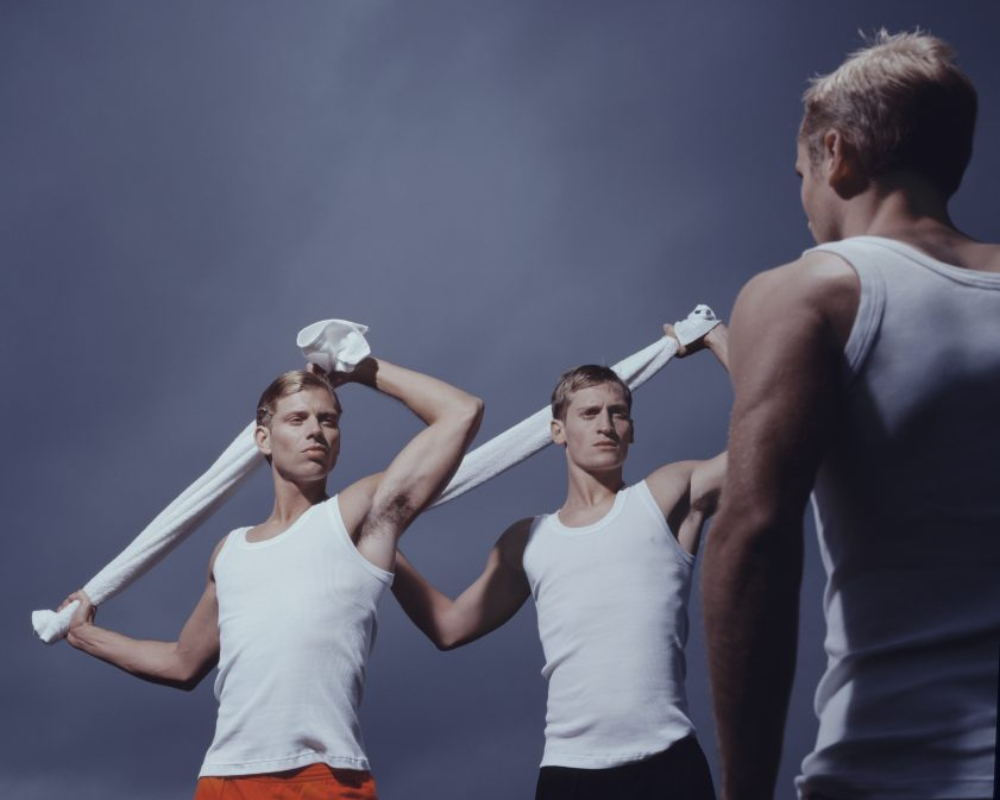 Whitestone Gallery Hong Kong is pleased to present a retrospective exhibition of artworks by celebrated German photographer Andreas Mühe, “Pathos as Distance in Hong Kong”. Mühe’s first gallery exhibition in Hong Kong encompasses 30 photographs taken from 2004 to 2018, including works that have been shown in major museums previously. Hovering between the notions of ‘truth’ and ‘construct’, Mühe examines and questions the power and ambivalence of photography with a predilection for the German historiography and identity.

Andreas Mühe’s artistic engagement with his origin and the German past has been influenced by his upbringing. Mühe was born in Saxony, East of Germany, to parents Ulrich Mühe, one of the country’s most acclaimed actors, and Annegret Hahn, a director and prominent figure in German theatre, who were both socialists and Germany’s cultural elites. Megalomania is thus central to Mühe’s aesthetics, his photographs are powerful, masculine, and often reminiscent of images of 20th-century dictatorship and ideologies. Mühe uses various motives to portray these aesthetic appeals, yet the location of his photographs is always significant. For example, ‘Schwimmhalle’ (2009) is a photograph of an abandoned pool, which served as the Berlin athletes’ quarters for the 1936 Berlin Olympics, the location there provides a historical context. Another example is one of his most important series, “Obersalzberg”, which in Mühe’s visualizes power through positioning his subjects in superior postures and various states of dressing and even undress – in SS Army uniform and accessories or simply naked – on the Obersalzberg mountain, best known as the former Hitler’s vacation retreat. Once again, the specific geographical site serves to make a connection with German history.