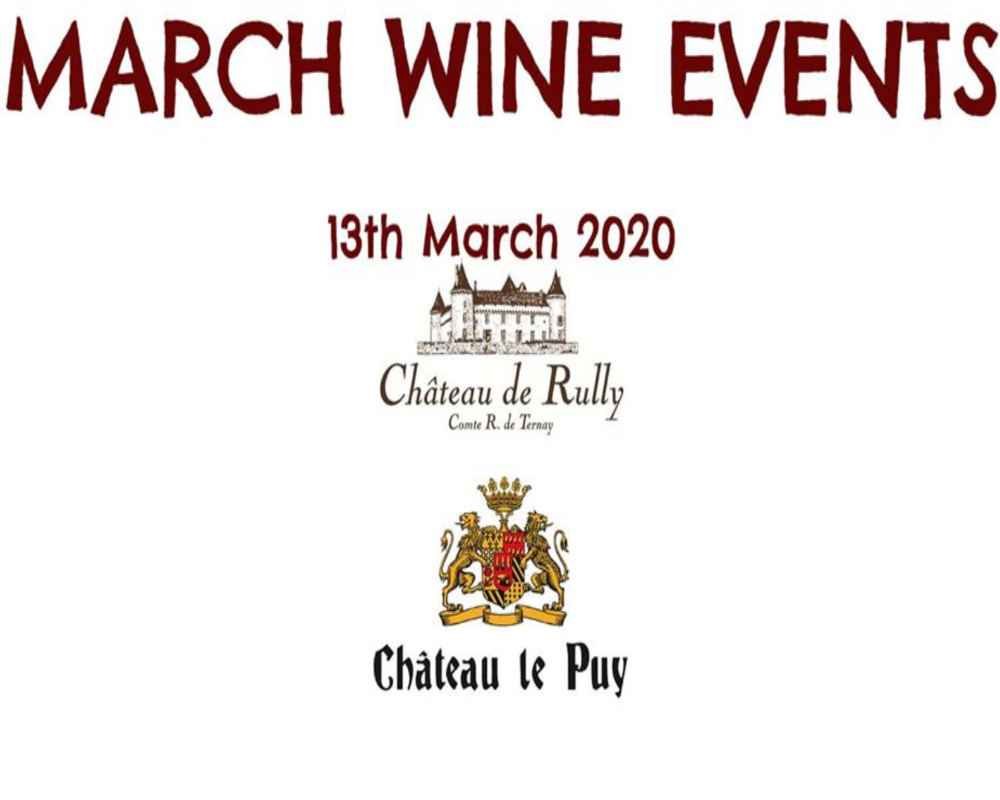 Think about a Friday night event for you and friends to discover Bordeaux and Burgundy premium wines at an exclusive offer!

Château de Rully is a family-owned winery since the XII century with one-third of their vineyards classified as Premier Cru and of which 80% is white wine. The vineyard is 45 hectares and overseen by the present winemaker, Antonin Rodet. 100% of grapes are produced and harvested by own vineyard without purchasing from others.

Rully is a small village and Appellation d'Origine Protégée (AOP) of Châlonnais which is located by the south of Côte de Beaune.

On the night, we will be showcasing below bottles.

Château le Puy is overseeing by Jean-Pierre, Françoise and Pascal – the 15th generation of the Amoreau family. The estate is situated on the same plateau as Saint Emilion and Pomerol, the vineyard is 51 hectares in three separate plots located on the same rocky plateau. The vines are 50 years old and no synthetic treatments have ever been used at the estate, which proudly certified biodynamic.

On the night, we will be showcasing below bottles.