By stasia_fong 8 July 2014
share:
We love our milk tea and egg tarts here in the mighty Kong, so it only seems right that after seven years of intensive research, the government has added them to UNESCO’s catalogue of Intangible Cultural Heritage. As much as we pride ourselves on being culturally aware here at Localiiz, scrolling this lengthy list of 530 items made it clear that there are countless traditions that have slipped beneath our radar. In an attempt to educate ourselves, and you too, we’ve broken it down into the customs we know and love, and those we’ve never heard of.

Knowledge and Practices Concerning Nature and the Universe

We Know and Love Herbal Tea 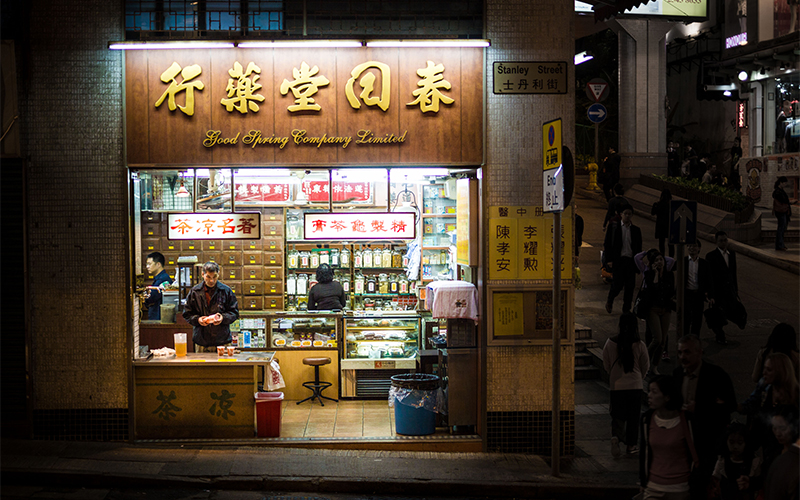 Discovered by Emperor Shennong in 2737 BC, tea has been an integral part of Chinese culture for thousands of years. To make it, locals boil ‘cooling’ herbs, used in Traditional Chinese medicine to relieve the heat and humidity in the body. Yeah, good luck with that in the summer! There’s a wide variety of teas on offer in Hong Kong claiming to have multiple uses, from quenching thirst to aiding digestion and fixing colds, sore throats, acne, bad breath and even liver disease. Traditionally sold at specialised teashops, which can still be found all over Hong Kong today, each variety is manufactured individually onsite using trade secret prescriptions. If you somehow fail to find a tea shop on every corner, hunt them down here. Traditional Jade Stone Knowledge 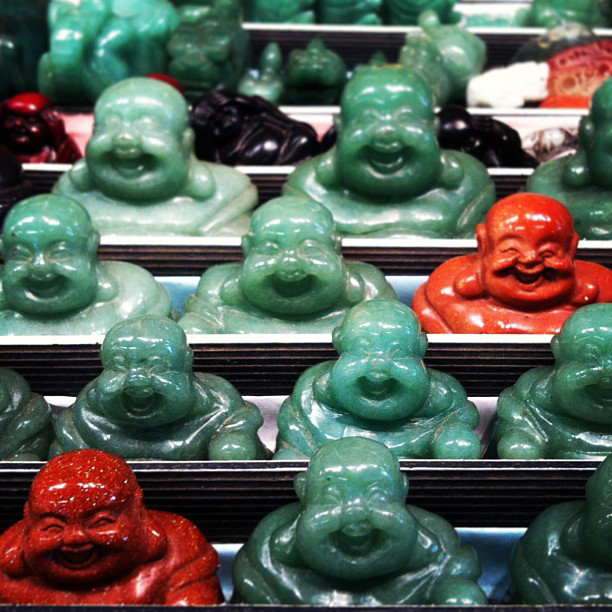 Known in China as ‘Yu’, Jade is the royal gem. Boasting similar prestige to gold and diamonds in the West, it is regarded as the symbol of the good, beautiful and precious, and is said to impart the Confucian virtues of wisdom, justice, compassion, modesty and courage. Jade markets are extremely popular in Hong Kong, and auctions regularly take place across the city. Today, Jade craftsmen and traders have developed extensive knowledge about the formation, structure, texture and proper selection of the stone. Check out the jade market at the junction of Kansu Street and Battery Street (Yau Ma Tei, Kowloon) or the shops on Hollywood Road and Cat Street. Who Knew? Snake Wine 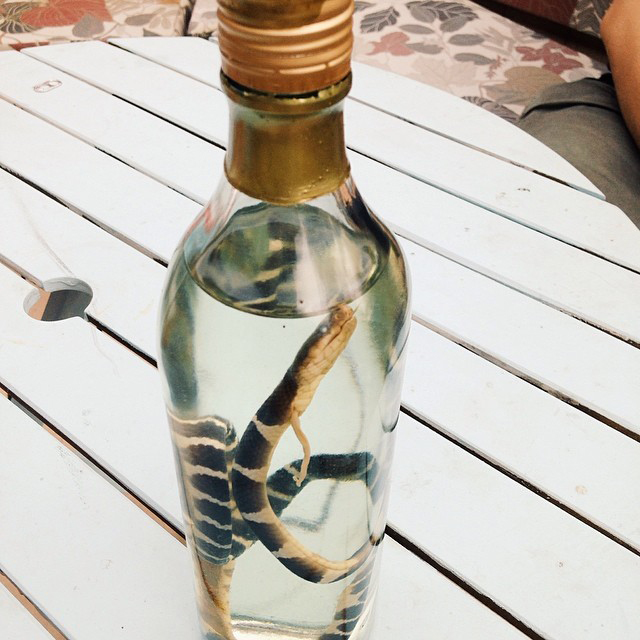 An alcoholic beverage made by infusing rice wine or grain alcohol with, you guessed it, snakes, Snake Wine is considered an important curative in traditional Chinese medicine, said to improve vitality, health and male potency.

There are two varieties: steeped and mixed. The steeped sees a whole snake stewed in a jar of rice wine and medicinal herbs for many months; while the mixed variety is consumed immediately in the form of a shot after the body fluids of a snake are mixed into the wine. Bottoms up!

We Know and Love Egg Tarts 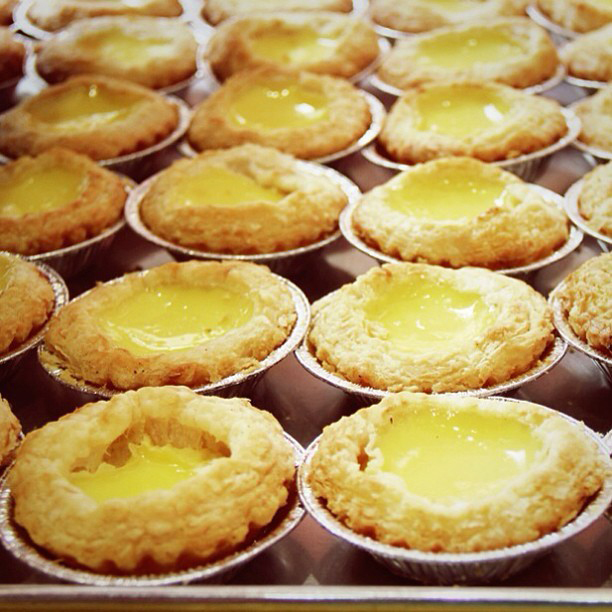 The well-know and much-loved egg tart consists of an outer pastry crust that is filled with delicious gooey egg custardy goodness – that’s a technical term. They were first introduced in Hong Kong in the 1940s by Cha Chaan Tengs, and are a hybrid of Pastel de Nata (Portuguese egg tarts) and English custard tarts. Egg tarts today have two main types of crust, short crust pastry or puff pastry, and are traditionally made with lard rather than butter. So they’re not particularly healthy, but they are totally irresistible. Tai Cheong Bakery (35 Lyndhurst Terrace, Central) is widely considered to be the best for short crust tarts, while Honolulu (176-178 Hennessy Road, Wan Chai) is renowned for their flakey pastry version. Hong Kong Style Milk Tea Making Technique 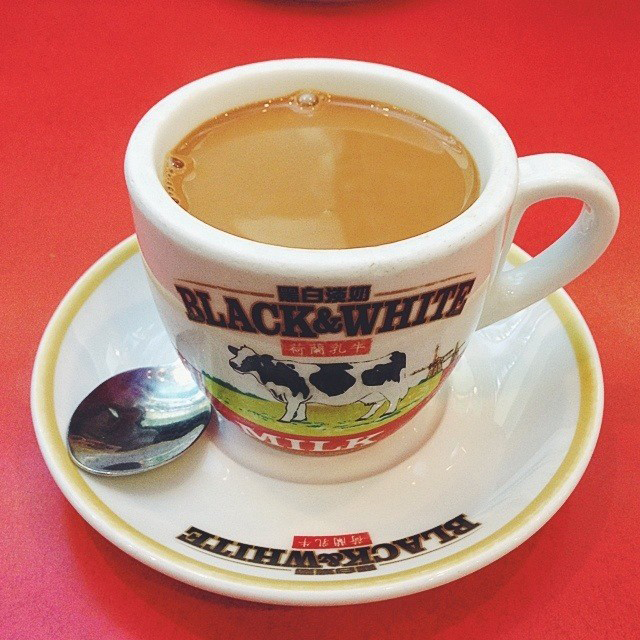 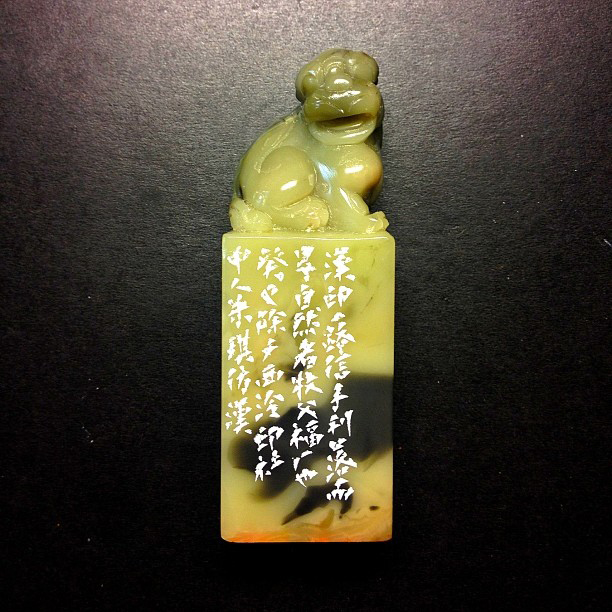 Have you spotted the old guys in their tiny stores selling nothing but chops? No, they’re not pedaling stamps for Hong Kong’s nightclubs. Typically made of soap stone, ox horn or wood, these intricately carved seals are traditionally used in the place of signatures on documents. They are usually made square and hold the imprint of the office rather than the names of the owners. Produced by specialist seal carvers or by the users themselves, the stamps are chiseled and carved to perfection.

We Know and Love Hakka Chinese 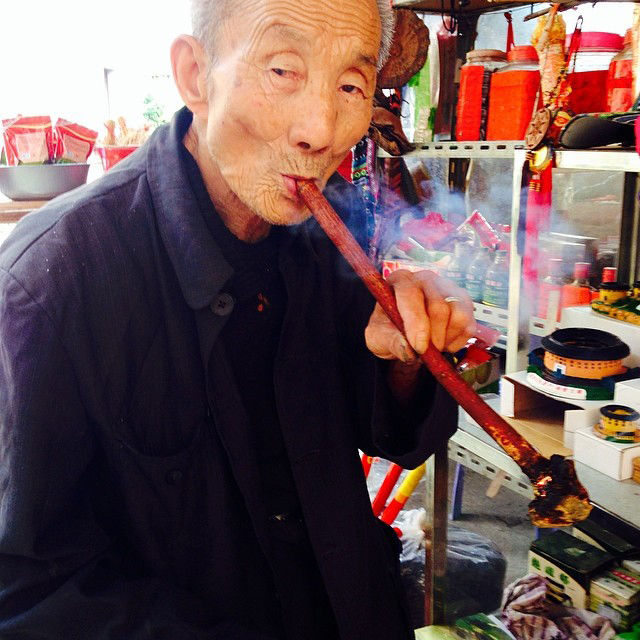 Hakka Chinese is one of the major subdivisions of the Chinese language. Spoken mainly by Hakka people in southern China, Taiwan and South East Asia, there are numerous regional dialects, depending on the district. The language is thought to have arrived in Hong Kong after the abolition of the coastal evacuation order in 1688, and was predominantly spoken by farming communities in the New Territories. As education became more available post war, the Hakka people ventured into different career paths and began to move into urban areas of Hong Kong and overseas. However, Cantonese became more prevalent, and the number of people who still speak Hakka Chinese in Hong Kong is diminishing quickly. Some Hakka villages still remain in areas such as Sheung Shui, Tai Po and Sha Tin. Cantonese 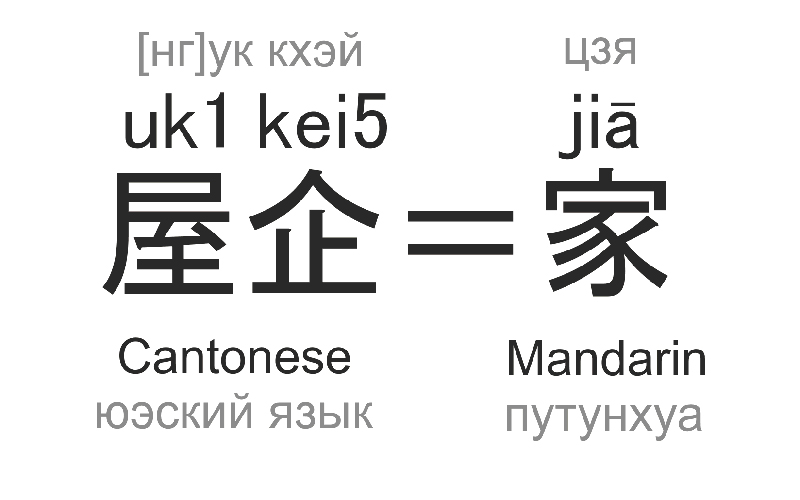 Every expat’s nemesis, Cantonese originated in Canton (Guangzhou), Southern China, during the British rule, when many workers came to Hong Kong. It is considered the official language of Hong Kong and Macau, viewed as part of the cultural identity for the native speakers, and spoken by 62 million people worldwide. While there are many overlaps with Mandarin, the two languages differ widely in terms of pronunciation, grammar and lexica. Like Mandarin though, the language is extremely tonal, boasting nine in total. Who Knew? Fishermen’s Dialect 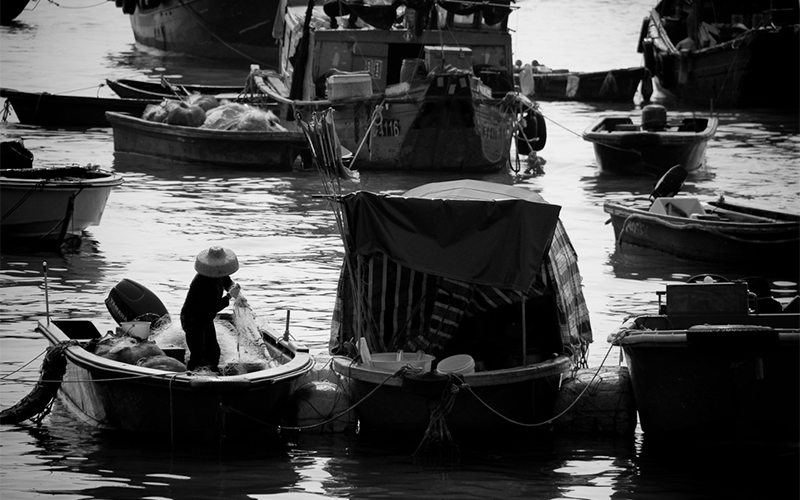 Fishermen Dialect is the language spoken by the ‘Tankas’, otherwise known as ‘boat people’, a group of fishermen from Southern China who lived on junks. Today the term Tanka is considered a derogatory slur to describe the lower class, so don’t go shouting that one around if you know what’s good for you!

A sub dialect of Yue Chinese, it mainly comprises of special terms related to fishing and the sea, not usually understood by Cantonese speakers. With the younger generation pursuing different lines of work and moving ashore, the language has little purpose and is losing its presence. It is however still spoken by the elderly in fishing villages today.

We Know and Love Lion Dance 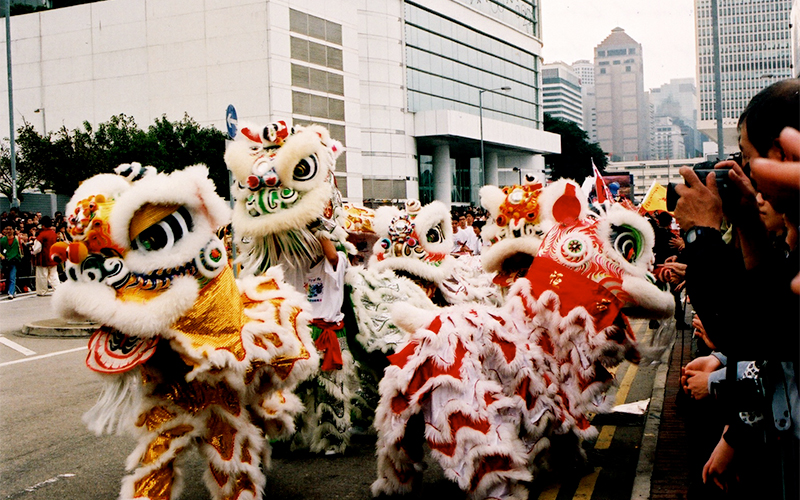 The Lion Dance is a well-known tradition in Chinese culture, practiced as early as the third century AD. Usually performed during Chinese New Year and at other traditional, cultural and religious festivals, the dance sees two performers mimicking a lion’s movements to the sounds of beating drums while inside an elaborate and colourful lion costume. Hong Kong culture uses the single-horned Chinese Southern Lion, whose legend stems from the mythical monster, Dian. During Chinese New Year, the lions perform ‘Cai Qing’, meaning ‘plucking the greens’. Auspicious green vegetables, usually lettuce, are hung on poles and above doorframes for the Lion to eat (and spit out) as a symbol of good luck. Want to see one of these? Just head for the racket during the next Chinese festival. Cantonese Opera 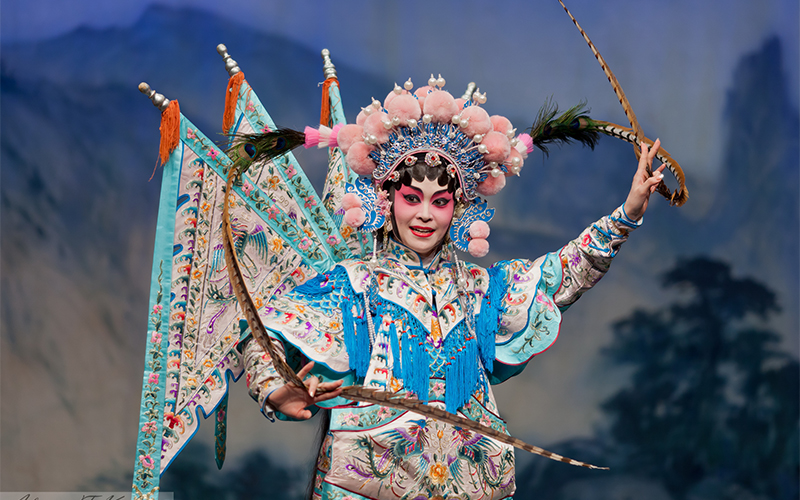 Cantonese opera is thought to have originated in northern China and migrated south in the Southern Song dynasty. Music, singing, martial arts, acrobatics and acting are all featured in the many well-known operas - such as The Purple Hairpin and Rejuvenation of the Red Plum Flower - still performed today. On deities’ birthdays or the Jiao Festival, Cantonese Opera troupes are hired to appease gods by performing in temporary bamboo sheds. Today, there is a dwindling number of Cantonese opera troupes left to preserve the art. Hoping to catch a show? Look no further than The Cantonese Opera Advancement Association for free and ticketed options. Puppetry – Shadow Puppetry 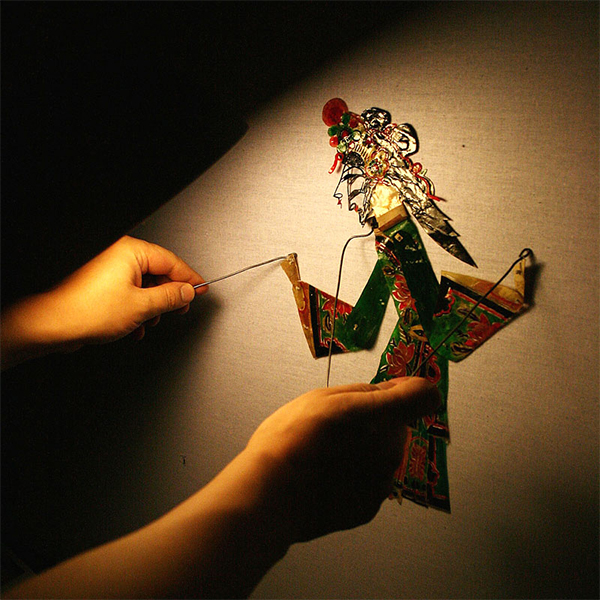 Using light and shadow, a puppeteer creates a moving world on a translucent screen for audiences to enjoy. The art apparently originates from the Han Dynasty, when Emperor Wu asked his officers to bring his favourite concubine back to life. They created a lifelike puppet in her likeness, and cast a shadow onto the wall using an oil lamp. Wu was so impressed he created the concept of shadow theatre. The puppets are usually made out of leather, are moved on sticks and used to depict fairy tales and myths. Want to learn the true art of shadow puppetry? The Hong Kong Puppet and Shadow Art Center in Shek Kip Mei offers several different courses that might suit your fancy. Check them out here. Who Knew? Engor (Dance of Heroes) Engor, or the Yingge Dance, is known as the ‘Dance of Heroes’. A Chinese war ritual originating from the Ming Dynasty, it’s popular in the Teochew region of Guangdong.

Holding two small sticks or tambourines, dancers dress up as the 108 heroes from the story Outlaws of the Marsh. Performers wear traditional costumes and paint face during the production. The parade is usually performed in the Chiu Chow communities when celebrating deities’ birthdays or festivals. Keep an eye out… perhaps during the Hungry Ghost Festival? 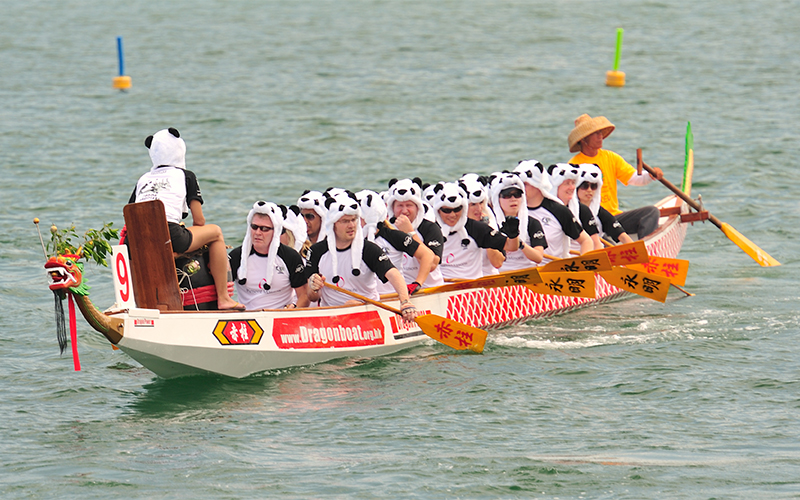 Every year, the Hong Kong Dragon Boat Carnival features intense races between the world’s top dragon boat athletes. There’s plenty of beer, entertainment and cheers all around, but also the tradition of throwing glutinous rice dumplings (Zong Zi) into the water to prevent the fish from eating the beloved poet Qu Yuan, who drowned himself in the Mi Lo River as an act of protest against corrupt leaders. Dragon Boat festivities go on all over Hong Kong, but make sure you head to Stanley Beach on the 5th day of the 5th lunar month to see it in full swing! Diwali 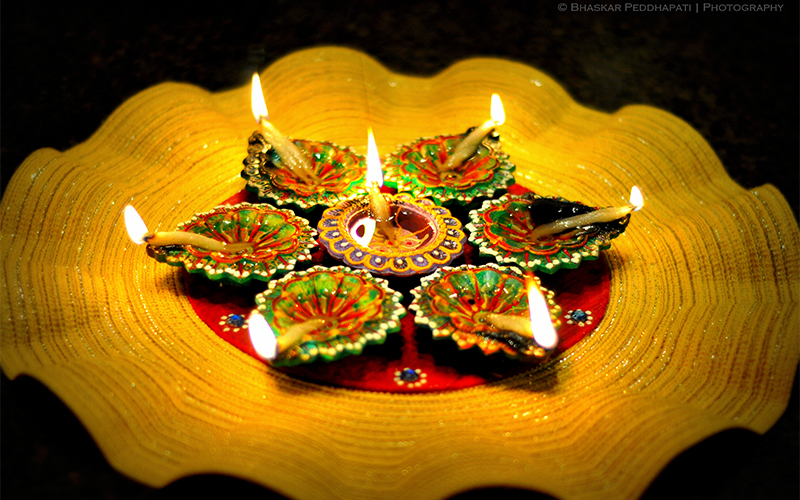 Diwali, also known as the ‘Festival of Lights’, is one of the biggest celebrations in India and the world over, including Hong Kong. Observed over five days, the festivities come to a climax on the third. On this day, small clay lamps known as ‘diyas’ are lit up in Hindu households across Hong Kong. Families reunite, cleanse themselves and worship Goddess Lakshmi for blessings of wealth, prosperity and the triumph of good over evil and light over darkness. If you’re looking to celebrate this year, head over to the Hindu Temple in Happy Valley. There are also often banquets and balls held for the occasion. Who Knew? Hua Yue Xin Yi Liu He Ba Fa Chuan (Six Harmonies, Eight Methods Boxing) 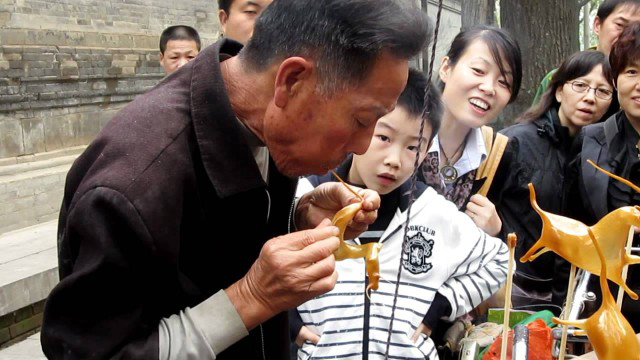 Sugar-figure blowing is a traditional folk art from China, said to root from the Song Dynasty. Artists heat sugar up to the proper temperature, before pulling out a wad and kneading it into a ball. They then press a deep hole onto the ball using a finger, pulling out the web of sugar until it becomes a very thin stick. Finally they blow the sugar into different shapes and sometimes decorate it with paint. While the main material is sugar, these pieces of art are (sadly) not made for eating. Stalls should be set up during yearly festivals in Victoria Park and the like, but if you’re hankering to see how these fantastic pieces are made, take a look at this video: https://www.youtube.com/watch?v=KsL6DVF57kg   So there you have, it a few of the weird and wonderful Hong Kong customs earmarked for urgent cultural preservation before they’re lost from the Fragrant Harbour forever. If you made it this far and you're still hungry for more, read the brief descriptions of all 530 cultural entities, click here.