The Nuclear Aftermath: Exposing the True Severity of the Effects of Fukushima

By Localiiz 18 June 2014
share:
June 18th 2014 The 2011 Tōhoku earthquake and tsunami that killed nearly 16,000 people in Japan and severely damaged the Fukushima nuclear power plant shook the world to its core. Now more than three years on, most of the uncertainty and fear surrounding the effect of the subsequent fallout seems to have subsided. However, according to this eye-opening new documentary by VICE, the Japanese government is trying hard to cover up the full extent and severity of the damage - and we should all be worried! https://www.youtube.com/watch?v=-qtQvOxRtFk 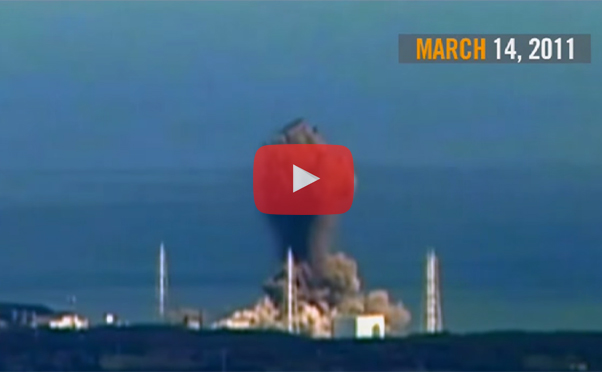 When the Fukushima Daiichi Nuclear Power Plant was damaged during the tsunami on March 11th 2011, it released the largest amount of radioactive materials since the Chernobyl disaster of 1986. More than 160,000 residents of the Fukushima area were evacuated, and the high levels of radiation recorded in the area sparked worldwide concern about the health of residents. In this 13-minute film, the VICE team visit Fukushima and carry out their own on-the-ground research, finding drastically higher radiation levels than those currently reported, and uncovering the shocking stories of locals, as well as government attempts to silence whistle blowers. Yet with food still being exported from Japan and consistent radioactive leaks into the Pacific Ocean, it’s clear that it’s not just those living around the plant that need to be worried. The documentary also looks at lab tests that show worrying mutations in multiple generations of moths that ate food exposed to the contaminants. With our relatively close proximity to Japan and imported food still rolling in, we think it’s of upmost importance that this ongoing disaster is not allowed to be swept under the carpet by the Japanese government. Please join the call to action and help us share this important film.

Browse more of our videos