The New Postcard: Around The World In 360° Selfies

By Localiiz 21 May 2014
share:
May 21st 2014 Think you’re awesome at selfies? Think again! Meet Alex Chacón, who’s created the world’s most epic selfie video, a compilation of his travels through 36 countries in 600 days as part of the Modern Motorcycle Diaries. https://vimeo.com/58356957 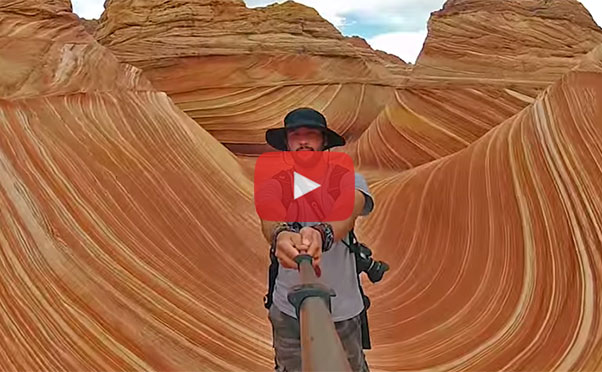 After graduating from the University of Texas, Alex sold everything he owned to travel the world and raise money for the Children of Uganda charity. We’re sad he didn’t stop off in Hong Kong, but we still enjoyed watching the American go from snow to desert, Turkish bath to mud bath and skis to camel in under three minutes. While we may feel a little bitter about the way he’s rubbing his once-in-a-lifetime experience in our faces, if this doesn’t inspire you to pack your bags and travel the world, you may just stay in Hongkers forever. Wouldn’t be so bad though!

Star Gazing – Photographer Brings Out the Beauty of Hong Kong’s Night Sky May 21st 2014: We’re lucky to have an abundance of talented photographers in Hong Kong, but for reasons of light pollution and the ever-present smog, not many train their lenses any higher than the top of the ICC. Not so however for astronomy enthusiast and multi-media creator Mew Chu, who caught our eye by shifting the focus from the skyline to the sky itself.

Gloom in Bloom: Video Romanticises the Dark Side of Hong Kong May 5th 2014: Dreading the wet and rainy week ahead of us? Here’s a video that might just make you appreciate dark days in Hong Kong. Forget the cliché sunshiny and ‘City of Lights’ films and welcome videographer Maison Carnot’s two-day take of the more realistic side of our city.

Adieu My Love – A Videographer’s Romantic Ode To Hong Kong April 24th 2014: After six years of calling it home, talented videographer Gregory Kane had to bid adieu to our beloved Hong Kong last year. But all was not lost, as the bittersweet goodbye prompted him to create a love letter of the digital generation for the city.

Don’t Try This At Home – Jaw-Dropping Documentary Showcases Limitless Potential of Free-Running in Hong Kong March 7th 2014: As we rub our eyes in disbelief of the incredible bravery and skill on display in Hong Kong Playground, Localiiz spoke to the young men responsible for our favourite video of the year so far!

The Selfie Generation - Animated Video Warning About Self Obsession February 28th 2014: Everyone takes selfies nowadays. Mobile Phone companies have developed front facing cameras just for selfie purposes. Turn to the person next to you at a restaurant and they're probably taking a selfie. Take a look on instagram? Selfie central. We live in the selfie generation and no ones ashamed to admit it! Until now.
To read more amazing articles on all things Hong Kong Click Here>