The MTR Animated: Four Decades of HK Brought to Life in Cartoon Form

By Localiiz 30 May 2014
share:
May 30th 2014 Whoever said watching cartoons melts your brain is clearly wrong, as we’ve just found one that taught us more about Hong Kong history in three minutes than school (or Wikipedia) ever could! https://vimeo.com/58356957

Hong Kong Station from Treehouse Studio on Vimeo. Take a look at ‘Hong Kong Station’, a clever animated piece by local production gurus Treehouse Studio. Using the multi-layered underground layout familiar to Hong Kong commuters, the short film, set to Mario-style music, travels through each level of an MTR station to represent the past four decades of life in Hong Kong. Don’t get all the references? Here’s what we managed to cobble together within the Localiiz office. The piece kicks off in 1979 when the MTR first opened. The second level sees our excited commuters continue towards the 80s against a backdrop of the Lap Sap Chung litterbug campaign poster. Meanwhile, a dirty cop is hauled away, signifying the formation of the ICAC, which to put a stop to bribery (apparently). 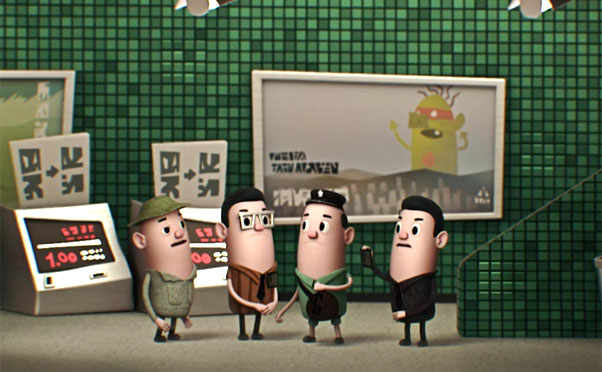 Heading down to the third level, we dive into the 80s proper. The rich man smoking in the station represents the growth in the financial industry at the time, while the 90s roll in as the same fat cat is stripped of his clothes and his cash, a metaphor of the 1997 Asian financial crisis. 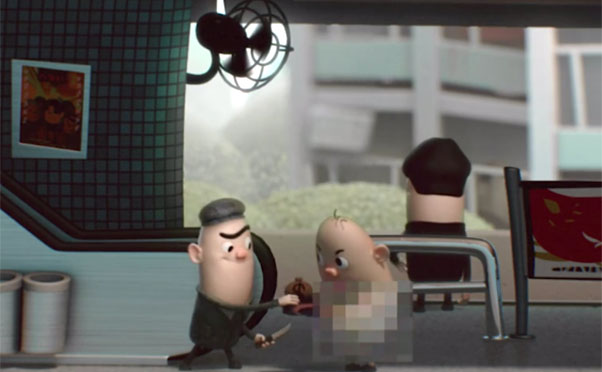 And of course at the start of the 2000s, who could forget SARS? The outbreak is obscurely depicted by a nurse using a huge injection to pacify a flailing businessman – at least that’s what we think that bit is about! 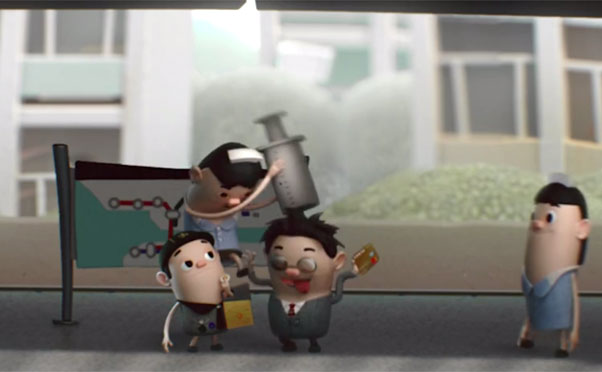 The fourth and final level represents the latter 2000s in a scene that will no doubt be familiar to all of us - a sea of people with silly haircuts immersed in their mobile phones. They then break out into a flash mob, which isn’t exactly a daily occurrence, but definitely a distinction of the decade! 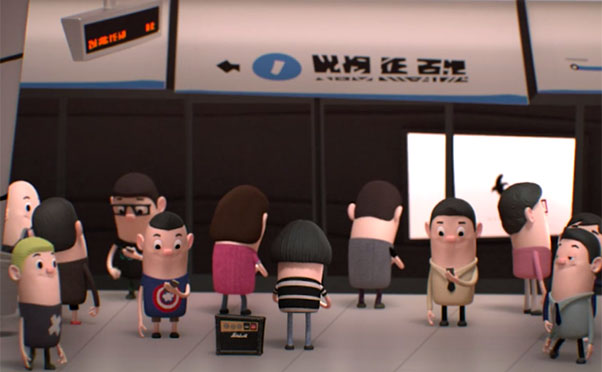 Although it takes a true Hong Kong insider to decipher every reference in the piece (special thanks to Mark in Localiiz Accounts), once you’ve got your head around it, this cute little cartoon is a truly intelligent treat. If you’re not one for politics however, you can just enjoy the characters and their silly swinging arms! Have you spotted any other allusions we missed? Comment below and let us know!