The Dark Side of Mooncakes 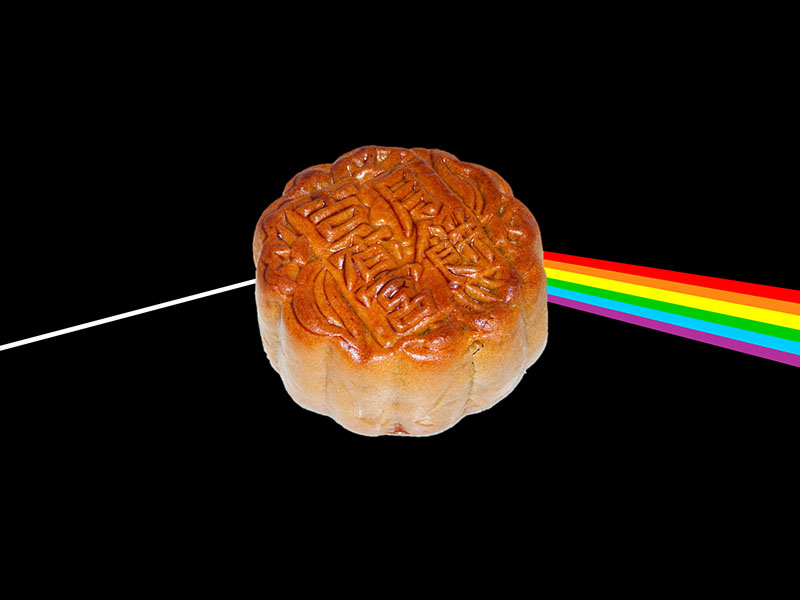 Mooncakes have always been more about politics than food. As folklore goes, a Ming rebellion used mooncakes to spirit around secret messages in a plot to overthrow their Yuan Dynasty rulers. Slips of paper baked into the cakes were allegedly used to prompt rebels to rise up on the 15th day of the eighth lunar month, which is when the Mid-Autumn festival is celebrated to this day. Today, an entirely different kind of secret is being stuffed into the pastries, a de rigueur gift exchanged by Chinese families and businesses during the Mid-Autumn Festival, which starts this Monday evening. [Note: Pub date Sept 5. Festival is Sept 8. Public holiday is Sept 9]   Sinister mooncakes According to media reports, luxury goods, precious metals, crystals, and plain old wads of cash were stuffed into the cakes or slipped in their elaborate boxes, particularly in mainland China. The issue became serious enough to attract the attention of global law firms. Baker & McKenzie issued a 2012 corporate compliance guide called “When is a Mooncake a Bribe?”. This year, Norton Rose Fulbright followed up with “Moon cakes – guanxi or graft?”. In fact, mooncakes have been on the radar of Hong Kong’s Independent Commission Against Corruption (I.C.A.C.) since 2009, when a construction company director was jailed for two months for trying to bribe the police with mooncakes. (The police returned them.) A 2013 RTHK report on a practice called “mooncake gambling” in Xiamen, Fujian Province, provided some background: “An influential official, or a businessman, receiving a box of mooncakes might often find something else inside – such as a high-end watch or gold coins.” Some buyers didn’t even bother hiding the gold. The South China Morning Post reported in 2012 that a China Merchants Bank branch in Shanghai sold thousands of solid-gold mooncakes at 16,000 yuan each. Finally, Beijing cracked down. Last year, they banned officials from using public funds for the purchase of mooncakes. This year, they are encouraging mooncake tattle-tales, with a “special tip-off window” on a government website for netizens to report the “squandering of taxpayers' money by civil servants”. China Daily promised that mooncake-buying violators would be “named and shamed”. In Hong Kong, mooncake corruption is not as prominent a problem. And – outside of politics – they are a genuinely important part of local culture.   Innocent mooncakes Daisann McLane, the founder of Little Adventures in Hong Kong, a private food tour company, often works with clients from the diplomatic community, and was featured in the U.S. Consulate’s newsletter. She explained the importance of the pastries: “Mid-Autumn mooncakes are really the only gift-giving slot in Hong Kong's calendar -- the giving and receiving of them doesn't carry the weight of other gifts at other times,” she said. “Nobody feels particularly uptight about receiving a box of mooncakes, and nobody is uptight about the wide practice of ‘re-giving’ boxes of mooncakes. In fact, I think people half expect you to give away the box they've just given you! (In that sense they are the Hong Kong version of Christmas fruitcakes). It's an accepted practice of the Mooncake Economy.” The problem here is not so much one of graft, but of waste. According to the NGO Green Power, this city threw out almost 1.8 million mooncakes in 2013 – which is only relatively better than the 2.5 million thrown out a few years prior. This is because the cake is seen mostly as a symbolic present – far more are gifted in the name of tradition than can possibly be consumed. In fact, few younger consumers will eat more than their obligatory slice of mooncake, even though new-fangled flavors like ice cream or chocolate have gained in popularity. If you are looking for the city’s top mooncakes at this late date, you are probably out of luck. The very high end ones – the ones handmade by chefs at Michelin-starred Chinese restaurants at five-star hotels – sell out in August. If you have a social or business meeting with a Chinese connection in the next few days, your best bet would be to get a mass-marketed box in the supermarket. However, if you run a business or government agency in Hong Kong, you very likely to have an ever-mounting pile in your office. Re-gifting is perfectly acceptable, but only up to the holiday date. Local support staff would be more than happy to have your extra boxes to give to their families.   Popular to give...and give again! If you are really overwhelmed with gifted mooncakes destined for the rubbish bin, the Environmental Protection Department has a list of charities that will take non-perishable ones, though most groups will only take these donations until today and tomorrow (Friday and Saturday). “Mooncakes are a little special,” said a spokeswoman from St. James’ Settlement People’s Food Bank. “When people receive them after the festival, they don’t feel very good about it”. Mooncakes can be dropped off at Shop 1-3, G/F, Fortune Court, 10 Sai On Lane, Sai Ying Pun – but only until today (Friday). She added that dry goods are welcome all year round. For more information, call 2975 8777. The Salvation Army Hong Kong has already secured 22,000 donated mooncakes from companies and major donors this year, and will take individual mooncakes for distribution to the poor until Saturday. For drop-off points, call 2783-2333 or click here. The best way to celebrate the holiday is to go somewhere outdoors on Monday night. There are street-side dragon dances in neighbourhoods like Tai Hang, plus lantern displays outside the Cultural Centre in Tsim Sha Tsui and Victoria Park in Causeway Bay. (The Hong Kong Tourism Board has a full list of events here.) In a rather charming tradition, most of the city’s parks will be lit up with paper lanterns carried by local children and their parents. And, at least there, nobody will force you to gift – or eat – a mooncake. Got anything cool you'd like Localiiz to share? Send us your stuff!

Tags:
Food & drink
share:
chevron_left
Food & drink Eat While You Wait: We Munch Our Way Through Dining Concepts’ Newbies Before the Arrival of Gordon Ramsay
Food & drink Over the Moon: Your illustrated guide to mooncakes
chevron_right

Why you should incorporate sea cucumber into your diet