Tens Time: So Much More than the Sevens’ Little Sister

By crystal_wilde 13 March 2014
share:
Although perhaps seen as a little sister to the Sevens – taking place on the Wednesday and Thursday before Asia’s biggest sporting event – the Hong Kong Rugby Tens can certainly hold its own in a show of strength. As we rub our hands and pull on our scrum caps in anticipation of the start of Rugby Week, we look at the history of this truly community-focussed event, the huge stars who’ve graced the turf and this year’s brutish billing! 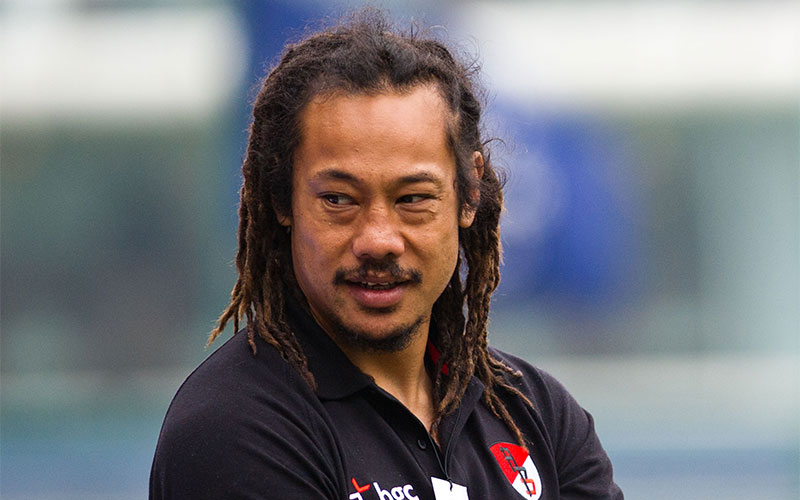 UPDATED: 21st March 2014 News is just in that joining 33-year-old Ben Gollings on second-seeded team Samurai will be fellow Brits Chris Cracknell and Mat Turner, both of who currently play for the England Sevens team, and the latter of who was the top try scorer in the 2011/12 Sevens World Series. Former Australia Sevens vice-captain Jacob Taylor and current Spain Sevens trio Carlos Blanco, Ignacio Martin and Juan Cano will also be bulking out the multi-national line-up. Top seeds Penguins, who edged out Samurai in last year’s Tens final, will be fielding Christian Lewis-Pratt, Callum Wilson and winger Mark Odejobi from the England Sevens side, while 40-year-old All Blacks legend Tana Umaga is yet to pick his players for third-seeded BGC Dragons and new seventh-seeded sister side Carinat Dragons. In the running is Samoan star Alesana Tuilagi, known as the ‘Samoan Bulldozer’ for his fearsome power on the field; fellow countryman Mikaele Pesamino, who was the top try scorer in the 2009/10 Sevens World Series; and Rupeni Caucaunibuca, the strongly built Fijian winger regarded among the world’s most dangerous attacking players in his prime.

We sense it’s going to be pretty tough at the top of the Tens! 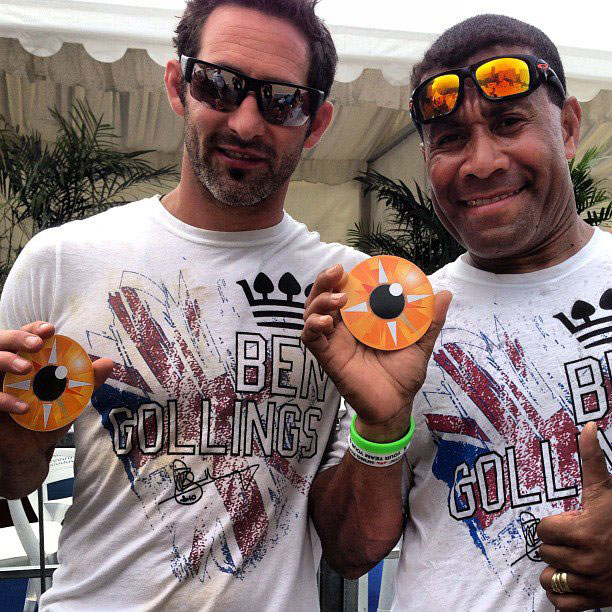 Since launching in 1986 in celebration of Hong Kong Football Club’s 100th anniversary, the GFI HKFC Tens has grown into the world’s top Tens tournament, attracting first-rate players and coaches from rugby clubs all across the globe. To name drop just a few from previous years, try Jonah Lomu, George Gregan and Waisale Serevi on for size! It’s also not unheard of for unknown Tens players to get spotted and poached to play for their countries in the Hong Kong Sevens the very next day. Some of the heavyweights of this year’s tournament are still to be announced, but our sources have let slip that former England Sevens star Ben Gollings will join invitational side Samurai, while New Zealand Sevens player Rocky Khan will be adding some extra speed and skill to the Borneo Eagles’ backline. According to Chris Harker, chairman of the HKFC Tens Organising Committee, these world-class players, who often find the Tens competition a lot more gruelling than they anticipated, are attracted to the unassuming tournament due to the tight community spirit and the high calibre of the play. “Contrary to popular belief, rugby is about more than just brute strength and ignorance, and these players get a lot from the tournament,” Chris told Localiiz. “In order to get to the top of your game in any sport you've got to love your sport, and these guys just enjoy seeing the up-and-coming players and sharing their expertise.” 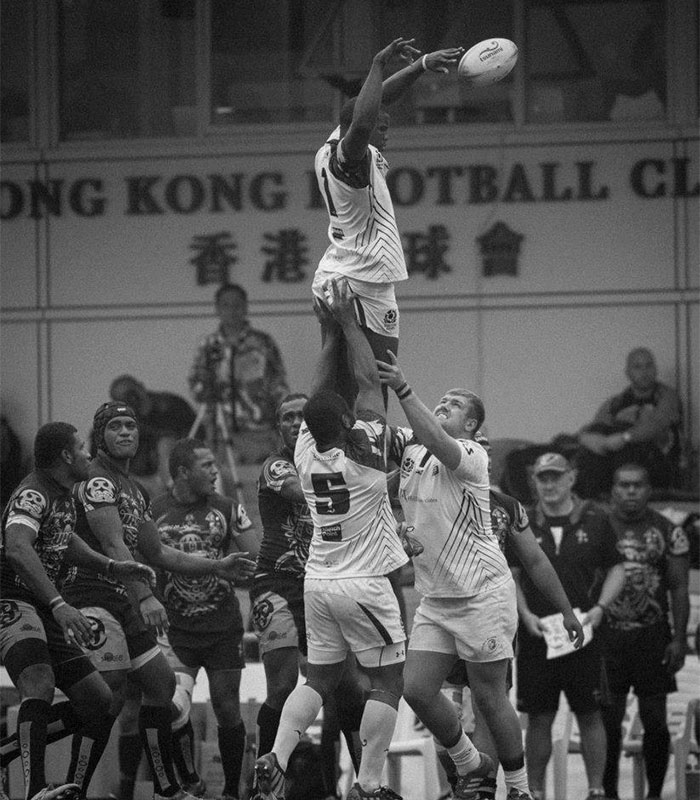 The competition in this year’s 16-team tournament is expected to be fierce due to the talent of the top seeded teams, the return of some former challengers and some strong new clubs due to debut. Defending champions Penguins, this year coached by former Scotland international Sean Lineen and former New Zealand Sevens player Craig De Goldi, are favourites ahead of two-time runners-up Samurai and 2012 winners BGC Dragon. However, the Borneo Eagles, back for the first time since winning the Plate two years ago, are set to ruffle some feathers, and new contenders IRANZ and Carinat Dragons have nothing to lose and everything to prove. Spectators can attend the four round-robin pools on the Wednesday (March 26th) for free, while those wanting to catch Thursday’s (March 27th) Cup, Plate, Bowl and Shield competitions will be charged a HK$100 entrance fee. All the proceeds from this year’s ticket sales will be given to the Po Leung Kuk charity, which has been protecting orphans and other underprivileged Hong Kong children since 1878. Chris, who played in the Tens with the Football Club’s Sequins team 20 years ago, says Po Leung Kuk is a charity that’s particularly close to his heart, as his youngest daughter is adopted. 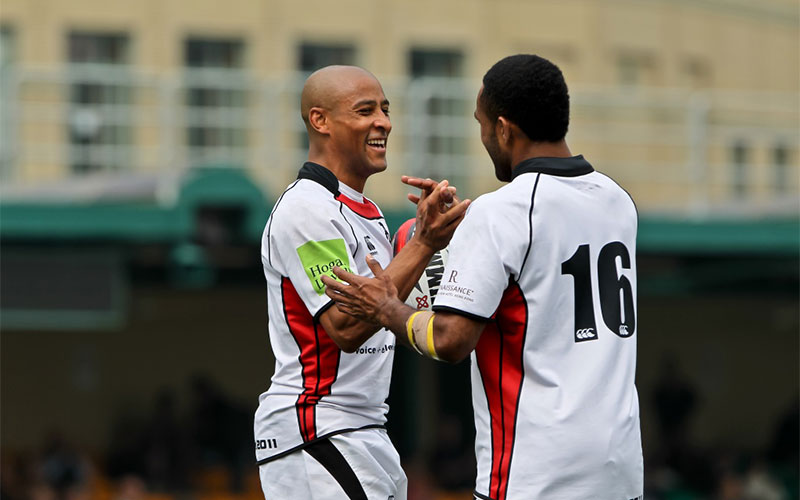 “In rugby we have a saying that there’s a position for everyone on the field, and I think the Tens provides an opportunity to show how a team sport can be very positive for the whole community,” he said. As well as offering an imitate experience to spectators, who will never been more than 12 rows away from the action and may well find themselves sitting next to a player, the Hong Kong Rugby Tens will also be wheeling out the obligatory Kids’ Zone, Beer Tent, F&B area and the all-important pre-Sevens party atmosphere. “As the years go by, not only does the standard of the rugby improve, but so does the entertainment for the crowd,” said Chris. “There is no way rugby can be considered an elitist sport anymore; it's open to everyone.” See the interviews with the stars of the 2014 Rugby Tens: See you in the stands!