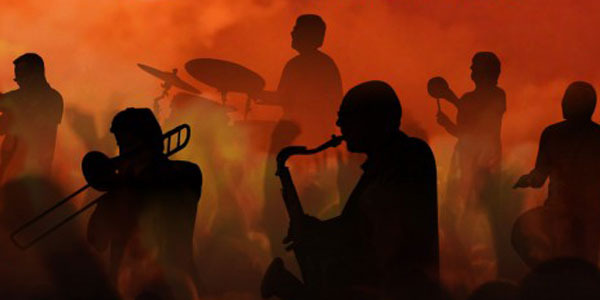 Led by producer and conductor Taka Hirohama, We Got Rhythm Let’s Swing & Drum is the fifth concert in the Swing For All series, which introduces new elements each year. This time, for the first time, drums and percussion will be featured alongside the ever-popular Saturday Night Jazz Orchestra. The programme will also feature vocalist Elaine Liu, Japanese drummer Yoshinobu Inagaki and Drum Jam Director Kumi Masunaga. The Saturday Night Jazz Orchestra also performed at the Shanghai Expo in 2010 and Taipei Hong Kong Week 2012, when both audience members and the media raved about the band, describing the music as “passionate” and “the essence of happiness”. Yoshinobu Inagaki and Kumi Masunaga, the two feature drum performers for We Got Rhythm Let’s Swing & Drum, are both well known for their incredible skills on the skins. Inagaki, who started to play the drums at 17, is one of the most active and acclaimed drummers in Japan, having played with many great musicians, including Joe Williams, Harry Belafonte and Randy Brecket. He now leads his own troupe, the Yoshinobu Inagaki Big Band and Quartet. Masunaga, who conducts regular Drum Jam events at the Fringe Club, has been leading drum circles in Hong Kong, mainland China and throughout the region for more than 10 years.   What: We Got Rhythm Let’s Swing & Drum jazz concert Who: The Saturday Night Jazz Orchestra with vocalist Elaine Liu, plus drummer Yoshinobu Inagaki (Japan) and Drum Jam Director Kumi Masunaga (Hong Kong) When: Friday 12th and Saturday 13th April 2013, 8pm Where: City Hall Theatre, Central How Much: $280, $220, $150 -15% discount for Fringe Club members -50% discount for senior citizens aged 60 or above, people with disabilities (plus one minder per person with disabilities), full-time students and Comprehensive Social Security Assistance (CSSA) recipients. Limited half-price tickets available on a first-come-first-served basis -15% discount for each purchase of 10 or more standard tickets Credit Card Telephone Bookings: 2111 5999 Ticket Enquiries: 2734 9009