By Stasia Fong 19 May 2014
share:
It’s official – snakes are taking over the city! While snake spottings are not all that uncommon in Hong Kong, we were shocked to hear of three attacks in the past fortnight. The first saw a woman only just save her dog by stabbing a five-metre Burmese python; the second saw a catcher bitten in Quarry Bay (of all places); and the third tragically saw a pet dog crushed to death in front of a mother and her two children. 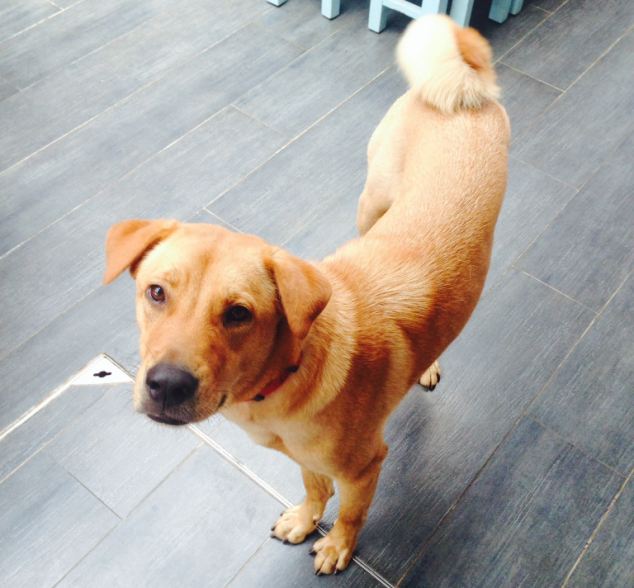 The two dogs were both attacked in Sai Kung West Country Park, with 18-month-old pup Charlie strangled in seconds just yesterday. Owner Katie Heyring and her two children of five and seven watched the graphic scene unfold, unable to save Charlie from the python's grip. 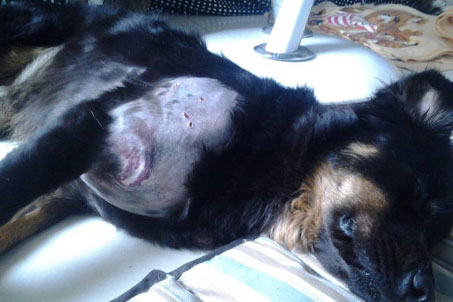 Last week, very close to where Charlie was attacked, another Burmese python fancied its chances with Courtney Link’s pet dog Dexter. Courtney only managed to save Dexter by repeatedly punching and stabbing the python with a pocketknife. The poor pooch suffered bites to his chest and legs, but we’re happy to report that he has already recovered fully. The final incident involves another Burmese python found on the Quarry Bay Promenade, ironically close to the pet’s garden. As reported by the SCMP, police blocked off the area like a crime scene and drafted in a local snake catcher to save the day. He eventually managed to secure the snake, but not without receiving a nasty bite to his leg. 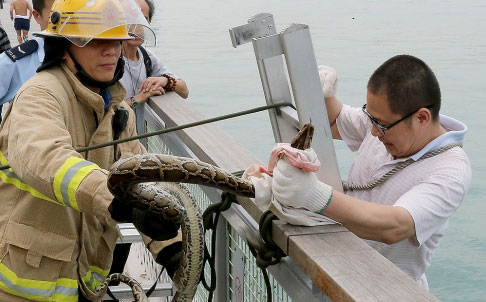 So what can be done to win the war against these slippery serpents? To protect yourself and your pets from possible attacks, be sure to stay alert and keep dogs on leads when hiking in areas where snakes are common. Snakes are unlikely to attack unless provoked, but keep in mind that if you do encounter one you should try and keep it outstretched so it cannot coil itself around you; Burmese pythons do not have venomous bites but suppress their prey through suffocation.

Dave Willott, a snake catcher in Sai Kung, also suggests keeping a small bottle of alcohol handy (great excuse!), as spraying or pouring booze into a python’s mouth will cause it to loosen its grip. But for now, to paraphrase the wise words of Samuel L. Jackson, we’ve had it with these mother f**king snakes on the mother f**king island! Let’s hope that’s the end of it.