Shooting the Impossible: Meet the Man who Goes to Extremes to Capture the Unseen Side of Hong Kong

By crystal_wilde 18 February 2014
share:
Stephen Duddridge is a man who truly suffers for his art. When the typhoons hit and others batten down the hatches, he heads out to Hong Kong’s highest peaks and sits in the storm for hours. When he needs stitches after being bitten by a dog or falling out of a tree, he foregoes the aesthetic so he can get back on his feet in record time. And what art requires this much self-sacrifice you ask? Time-lapse photography of the most epic proportions! 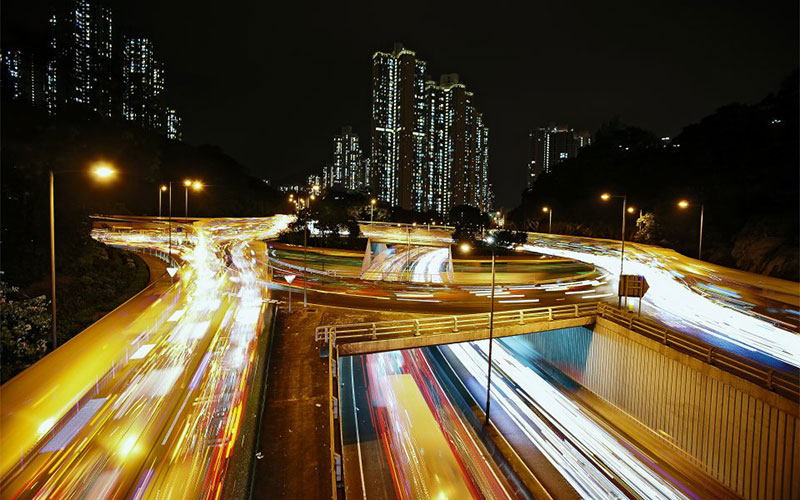 Canadian Stephen Duddridge describes himself as an international traveller, having spent part of his childhood in Africa and moving from place to place as an adult. In 2008, he quit his real estate job in Toronto and moved to his wife’s home country of Hong Kong after the discovery that they were to conceive their first child and the sudden death of Stephen’s father changed their worlds forever. Faced with these stark extremes of life and death, Stephen made a vow to make the most of his time. “What I took out of it was that we all have goal posts, but these two events pulled my goal posts closer to reality and gave me the impetus to do something that's daring, challenging and different,” Stephen told Localiiz. “We all have on average 25,000 days; that works out to 68 years. I don't look at it as a death sentence but as an awakening. I've got that amount of time and I want use it up as best I can.” So Stephen turned his attention to his passion, photography, and focused on Hong Kong - a city he says makes him feel more alive than anywhere else in the world. After joining what he describes as the “million pictures a year club” and finding himself disappointed by short and poor quality time-lapse videos of the city on YouTube, he set himself the challenge to do better. Three years later, Stephen’s four-hour This is Hong Kong time-lapse video truly captures every aspect and angle of our beautiful city via millions of high resolution still images shot from both remote and inner-city locations. From the most stunning sunsets to the fiercest storms and the most colourful cultural events, the intricacies of our city of extremes are exposed. 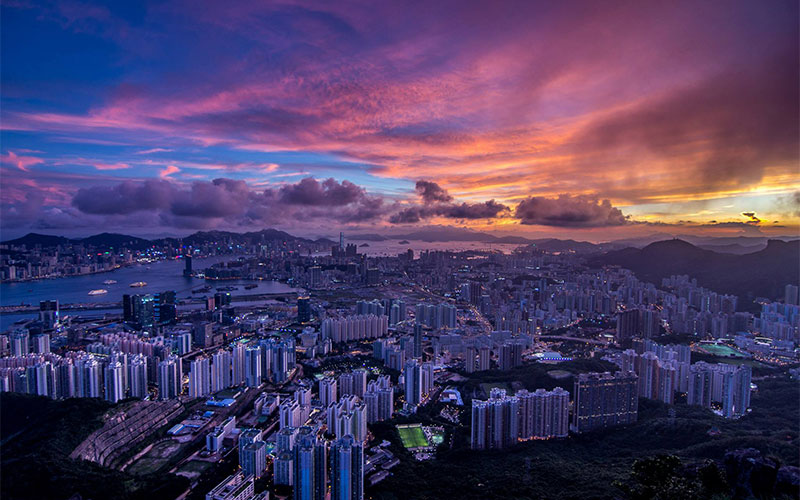 Stephen is totally self-taught, and said he was taking photos of Hong Kong for an entire year before he was happy with the quality. He refuses to divulge many of his techniques and shooting locations for fear of alerting the competition to his secrets, but says he breaks conventional time-lapse rules by staying away from ‘Go-Pro’ technology in favour of placing multiple SLRs at a shoot location for a prolonged period. Stephen is typically out of bed a few hours before sunrise, trekking up a hill with five cameras, 15 spare batteries, half a terabyte of memory cards and enough food and fluids to sustain him for as long as he needs. Once he has his footage, one hour of pictures can take up to five days to process in his at-home production room. “Sleep sometimes is my own worst enemy,” he laughs. 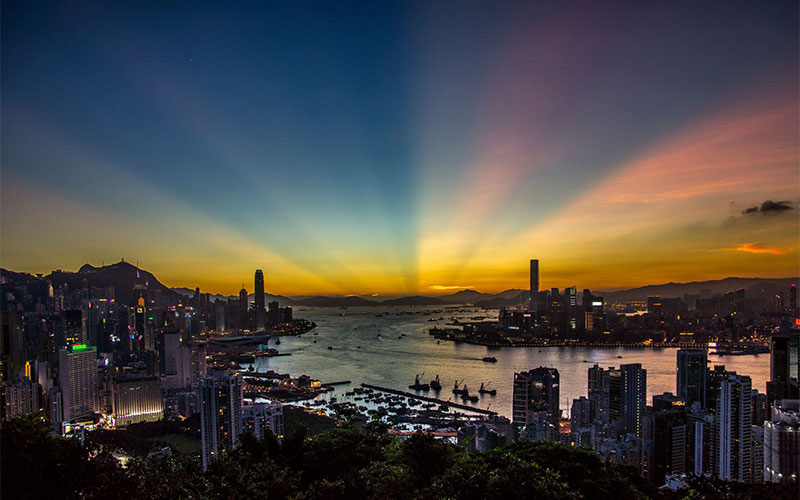 Not surprisingly, such a punishing pursuit sometimes takes its toll, and this contagiously enthusiastic Canadian has been hospitalised six times over the past year for injuries sustained on the quest for the perfect pictures. “One of the downfalls of doing time-lapse photography is that I kill cameras, I kill computers and I kill myself,” explained Stephen. “During the last typhoon I text my wife to tell her I was in hospital again. She asked if I was coming home and I replied, ‘are you kidding? There's a typhoon - the skies are amazing!’” Along with cultural events, transport and construction, the weather features heavily in This is Hong Kong, thanks to the atmospheric extremes that produce effects of incredible beauty within and around the city. Stephen says he has become something of an amateur weather man, and tries to read tell-tale signs in the clouds to predict the day’s conditions. 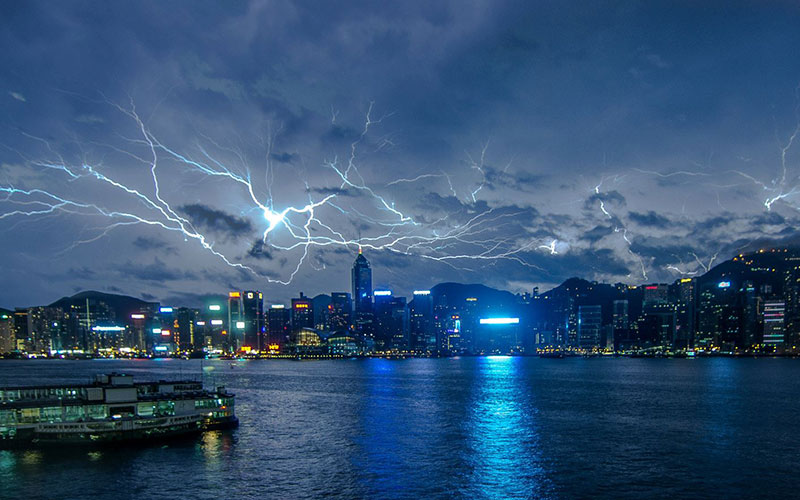 “The reality in Hong Kong is you never know what the weather’s going to be like in 20 minutes’ time,” he confesses. “I see the same blue sky pictures of Hong Kong, but the city is so much more than that. People love blue skies; I do not - they're the most boring skies in the world!” But despite sitting through the rain to get the shifting colours and tones that only come straight after a storm, staying out until 4am to capture the huge lines of locals making New Year’s offerings the temples, and the fact that of the four hours of footage used to make the film, 40 hit the cutting room floor, Stephen says the sacrifice is well worth the result. 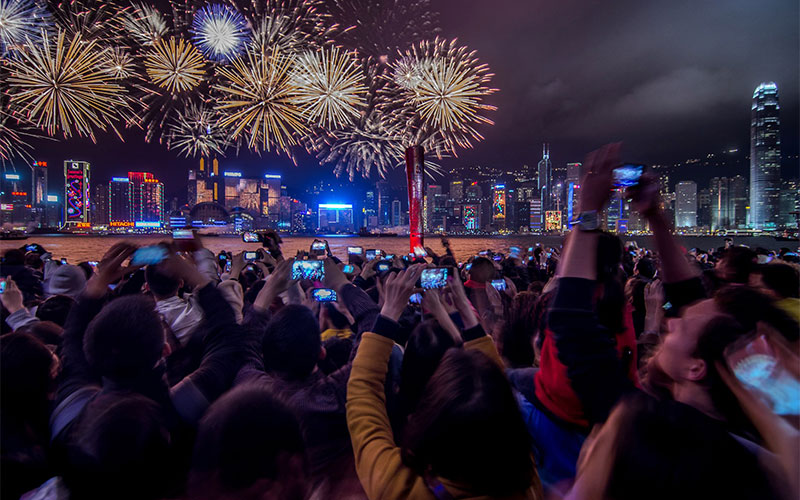 “Maybe I'm a perfectionist,” Stephen ventures. “I take the art to another level. It's not just photography, it's seeing the world in a unique way. Working around the limitations of the camera. Shooting the impossible!”

This is Hong Kong can be purchased online for HK$400, with a 25% discount for Localiiz fans using the code: G1X8ikYqUs. International shipping is available. Although the trailer featured in this article is set to music, This is Hong Kong is not, so you can add your own soundtrack.