Seadogs or Puppy Dogs: Is Hong Kong Shore Leave as Rowdy as We’re Led to Believe?

By Localiiz 19 June 2014
share:
June 19th 2014 Whenever the sailors dock in Hong Kong, there’s a palpable sense of excitement that only a “lock up your daughters” buzz can bring to the streets of Wan Chai and beyond. We all know the lads can get a little lairy while walking off their sea legs on dry land, but we were keen to see if the rumours of rowdiness really match up to the reality. Our intern William Porter went to meet the US Navy sailors who washed up in our harbour this week, and discovered there’s much more to shore leave than meets the eye. 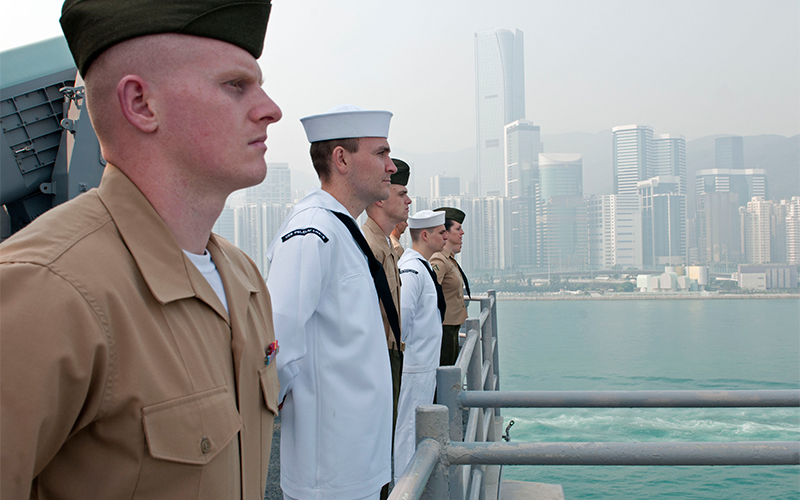 I’ve always had an interest in the Navy thanks to my grandfather, a retired Command Master Chief who served in the US Navy. He took me to see the ships in the dock as a kid, and often relayed his stories of travelling the world as a sailor. One of the places he remembers particularly vividly is Hong Kong, which he says was the most beautiful place he’d ever seen when he and the boys hauled up here in 1970. While I’ve no doubt my granddad was nothing but a gentleman during his R&R, the sailors of today seem to have a reputation for over indulging in all worldly pleasures when on leave in Hong Kong. Knowing all too well that the darker side of every story is the one that travels the furthest however, I was keen to see if the sailors are as one dimensional as others, or even they, like to report. On my first and only assignment for Localiiz (back to school next week), I met a group of around 10 sailors at Stanley dock, wolfing down a hearty lunch after a gruelling session of dragon boating. When I asked them how else they’ll be spending their time in the city, I was surprised to hear that many will actually be going out and doing community service, for example helping the elderly. 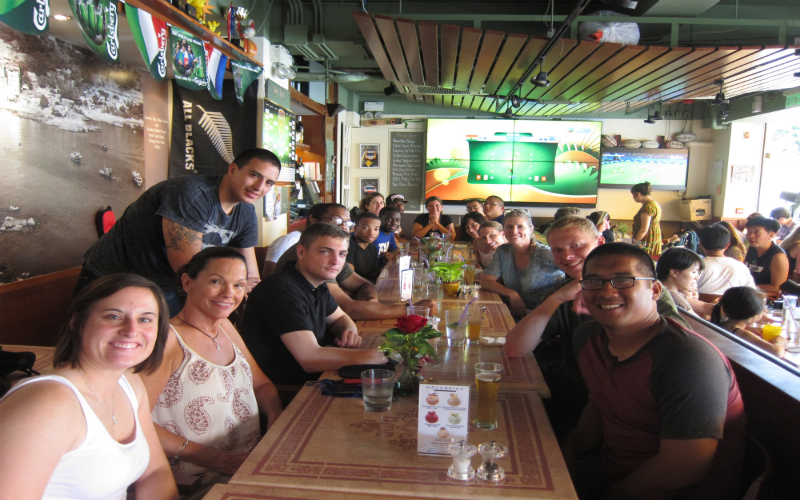 Curious as to why they would choose to give up the little free time they have, I spoke to one of the sailors, 30-year-old Aklilu from Florida, who responded in a way I found particularly humble and interesting. “I have one day for me and one day for the people. This is because it makes me happy, and other people happy,” he said. The rest of the guys told me they were keen to help because of their affection for the people of Hong Kong, who they described as shy at first, but friendly and easy going once you get to know them. And although one first-time Hong Konger related how he was duped by a taxi driver who charged him HK$900 for a 30-minute ride and then demanded a tip, this business-like and industrious spirit also seems to be something that has remained since my granddad’s time on the island. While others also complimented the food in Hong Kong - no disparagement to on board chef Kevin, they hastened to add - the thing that strikes them the most, just like it had my grandfather, is the beauty of the Territory’s landscape. And what struck me the most from my encounter was that, this group of sailors at least, see Hong Kong as far more than just a place to party before another stint drying out at sea. Perhaps they spared me the R-Rated stuff because I'm a young lad, but, to me, these seadogs seemed far less fierce than the reputation that proceeds them.

A new Disney-themed selfie studio has opened in Langham Place!