By Localiiz 8 August 2013
share:
Music fans are in for a treat next month as one of the biggest bands on the planet makes its Hong Kong debut. The Killers will be performing at the AsiaWorld-Expo Arena on Tuesday, September 24th, for one night only, bringing their unique brand of punchy pop-influenced indie to hungry Asian audiences. Get your tickets now! 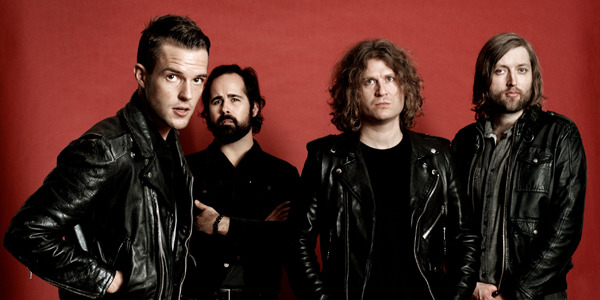 The Las Vegas quartet was formed in 2002 and shone in the indie scene just a year later with their smash hit Mr. Brightside. Consisting of Brandon Flowers (vocals, keyboards), Dave Keuning (guitar), Mark Stoermer (bass) and Ronnie Vannucci (drums), The Killers rapidly went from Vegas bellhops to Glastonbury headliners, becoming one of the world’s biggest modern rock ‘n’ roll bands in the process. Amassing a collection of Brit, NME, MTV and (most recently) ASCAP Awards, the band now boasts a collective mantelpiece that heaves with accolades. This is a tale of runaway success. Part of the post-punk revival movement, The Killers draw their influences from music styles of the 1980s. Released in 2004, debut album Hot Fuss brought them huge mainstream success and critical acclaim. Their second album, Sam's Town, was released in 2006 and won Best International Album at the 2007 BRIT Awards, where the band also took home Best International Band Award. Their third studio album, Day & Age, produced by Stuart Price, was released in 2008. The Killers have sold more than 15 million copies of these three albums and performed in countless countries all across the world, although not yet in Hong Kong! Their fourth album, Battle Born, named after The Killers’ Las Vegas Studio, was released in 2012 after a yearlong hiatus that saw three of the four band members launch solo careers. After Brandon, Mark and Ronnie had all dabbled successfully in the singles scene, it was the band’s rapturous live return headlining last April’s inaugural Lollapalooza festival in Chile that convinced them to, in Ronnie’s words, “Get back in the f**king room together and write some songs.” Battle Born incorporates elements from each of the records that came before it - Hot Fuss’ storytelling eye for detail, the yearning, mythic Americana of Sam’s Town, the gratuitous hooks and pop nous of Day & Age – without sounding overtly like any one in particular. As such, it's an album made with the live arena and fans’ expectations in mind. Here With Me - a windswept cinematic ballad with echoes of greats like Tom Petty, Depeche Mode and Simple Minds - is surely destined to become a live favourite, while the plaintive Miss Atomic Bomb (a reference to a Las Vegas beauty pageant and the days when above-ground nuclear tests were a major Nevadan tourist attraction) should prick up the ears of attentive listeners, thanks to the unexpected DNA it shares with Mr. Brightside. “I feel like there are a lot of live moments on this album, more than we’ve ever had before,” says Brandon. “I feel like people are going to be able to relate to and understand these songs. Pound for pound, this is our strongest record, and I’m really excited about it. We’re starting to feel more comfortable being what we are. And we’re proud of what we are.”