Prosperity and Poverty: The Stark Reality of Housing for Hong Kong’s Have Nots

By suraj_samtani 24 June 2014
share:
To the outside world, Hong Kong is an image of thriving prosperity. The glistening skyscrapers are the headquarters of global brands, and the multi-storey hillside homes are owned by some of the world’s richest people. But beneath the smooth skin of fortune, the city is marked by the hidden scars of poverty. We delve a little deeper and unveil some harsh realities of how the forgotten half live in Hong Kong. 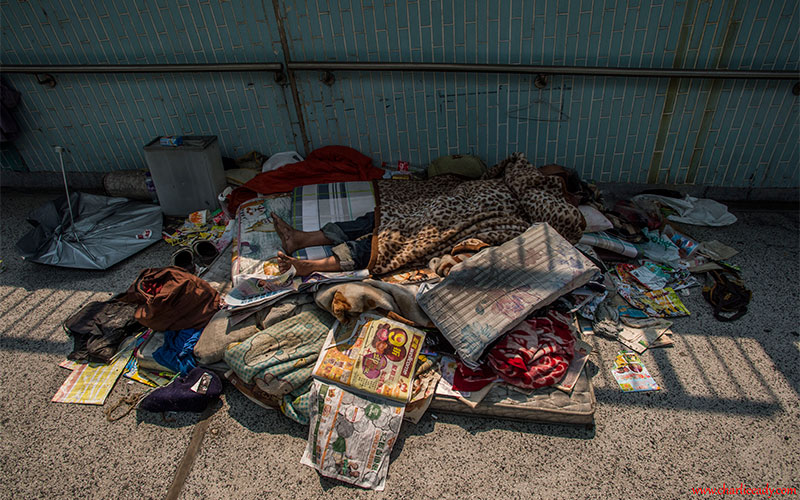 With poverty reaching 20% and Hong Kong having the world’s highest income gap among developed economies, it’s clear that the Pearl of the Orient is nothing more than an empty shell for some. While inflation affects those with low incomes all over the world, there are few places where it literally hits home as hard as in Hong Kong. Despite the relentless reclaiming of land and construction over the past few decades, exponentially rising rents have made affordable housing a concept that exists as only that - a concept. This is attributed to the rich buying properties in bulk for both personal and investment purposes. Seeing the incentives of targeting these buyers, sellers keep prices high and refuse to budge, even if they have stocks of unsold and unoccupied properties in the interim. In response, the number of people seeking public housing is becoming insurmountable. Despite 40% of the population already living in subsidised public apartments, there were 228,400 new applications received in 2013, and with only 13,114 flats available. This dearth leads some low-income earners scavenging for alternatives, forced to separate from their families and live in caged homes, micro-apartments, illegal rooftop dwellings and even on the streets. 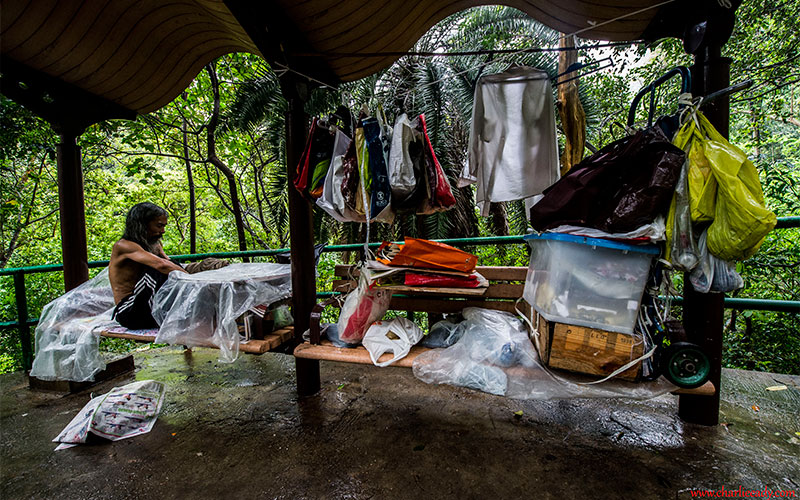 According to the Social Welfare Department, there are currently close to 600 “street sleepers” in Hong Kong. However the Society for Community Organizations (SoCO), estimates the number to be around 1,200. British-born photographer Charlie Eady has been photographing Hong Kong’s homeless population for more than a year. “When you picture the Hong Kong skyline, you never think of people sleeping in alleys...and making homes out of cardboard and rubbish,” he told Localiiz. 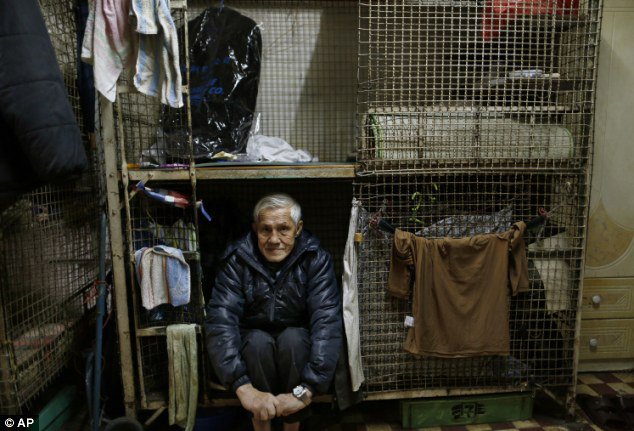 Just a small step away from the streets however are the 18ft² cubicles known as caged homes, bare mesh boxes with only enough room for the occupant to sit or lie down. The average monthly rent is HK$1,500, but of course this does not include the money needed for other necessities such as food and clothing, all of which are also subject to constant inflation. The cage residents vary across all age groups, but generally have limited education and restrained employment opportunities, often due to physical or mental disabilities. Those who can work are hardly in a better position however, toiling away for the minimum wage of HK$30 an hour and scraping by with only just enough to afford their six walls of wire. 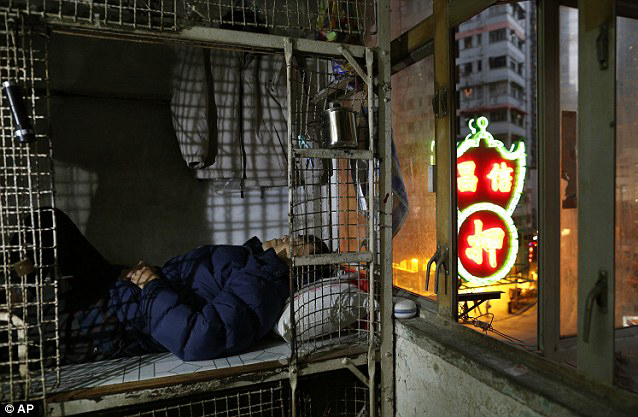 Canadian philanthropist Matthew Hennebury, who has set up the Cage Home Project in an effort to replace the wire boxes with small but dignified modern capsules, told us the “coffin-like” cages are not even fit for a dog. Susceptible to bugs and diseases, the guiltless victims who live here are exposed to circumstances even worse than those faced by criminals. “The fact that these guys living in cages would have better living conditions provided for free if they went out and murdered someone is fundamentally wrong,” said Hennebury. 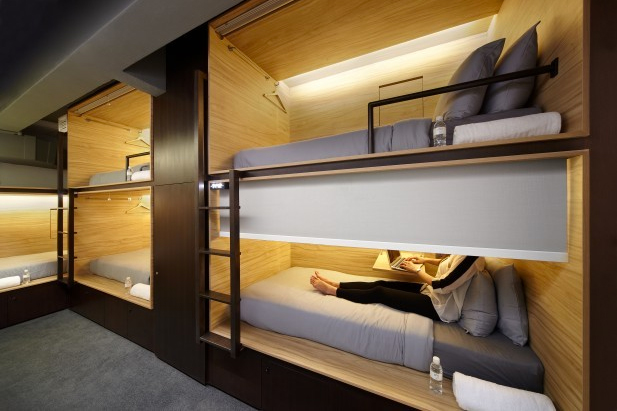 The capsules Hennebury is proposing as replacements, which are built with five walls and a sliding door on the sixth, cost around the same to constructing as a cage. “You’d have to be a sadist not to make the capsules,” he said. One step up the rickety property ladder again are those living in illegal rooftop dwellings, starkly documented in Rufina Wu and Stefan Canham’s Portraits from Above photo project, published as a book in 2008. Arranged almost like old Chinese villages on the top of skyscrapers, the corrugated iron and breezeblock towns are now so numerous in Hong Kong that the government has stopped keeping track of their numbers, and in most cases turns a blind eye to their construction. They are regularly sold and rented on the grey market. Wu and Canham’s pictures of the rooftop dwellings caused quite a stir in the global press, as have videos and images of Hong Kong’s cage homes. It seems the world is still shocked by narratives that contradict their idea of Asia's shining city. 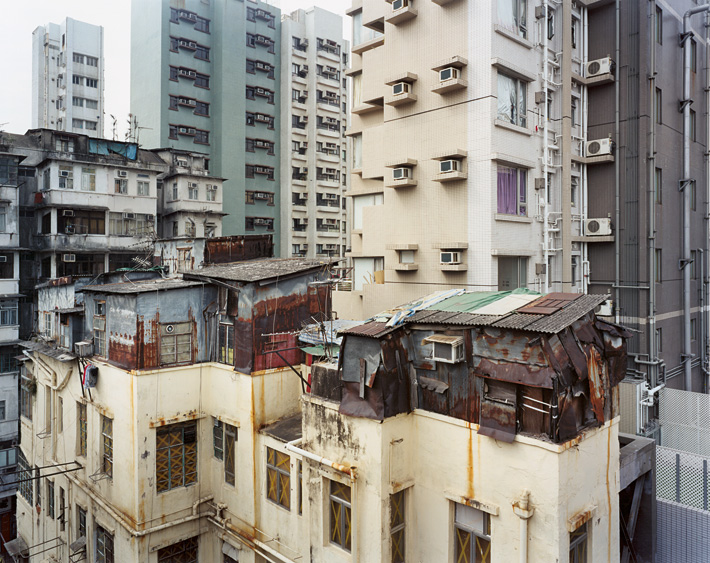 Rufina Wu and Stefan Canham, 'Portraits from Above' 2008

Also going viral since our post in May is Benny Lam’s Trapped series, focusing on life inside Hong Kong’s 40ft² micro-apartments. The project was commissioned by SoCO for a statement exhibition about the need for grassroots housing, on display at Sham Shui Po until July 13th. The charity hopes to shed light on the darker dens of Hong Kong and appeal to the government to contribute more resources to the cause. 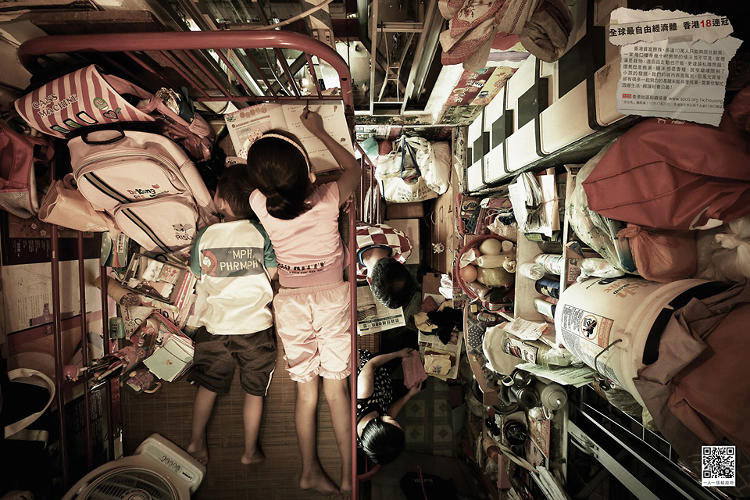 In conclusion, as much as the rich like to get richer, it is also essential for any city to have a middle class that can sustain itself independently rather than slipping into poverty. Whether seen from an economic, social or humanitarian perspective, Hong Kong’s housing issues need to be promptly nursed with attention, affection and funds. Resolving these problems would see the city thriving as a whole, earning and reinforcing its reputation as a picture of prosperity.