Play it Safe – Let the Expert do the Ordering at Olive

By crystal_wilde 24 September 2013
share:
If you’re potty for pitta and hankering after humus but never know what else to opt for at Soho's Olive put safety first and let the expert do the ordering as the head chef compiles the best of the bunch. 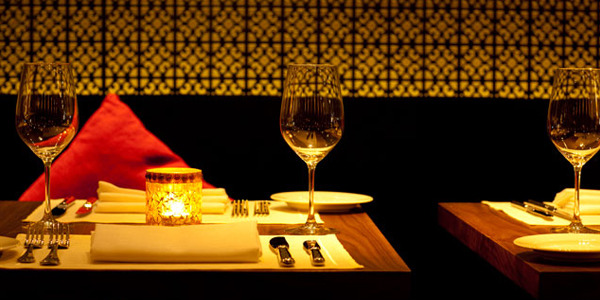 The decadent realm of Olive
With the dimly-lit dining room decked out with Moroccan tiles, velvet chairs and a decadently draped ceiling, it’s easy to imagine yourself feasting in the Bedouin tent of a mysterious sheik when ducking out of the bright lights of Elgin Street and into Olive. The always-bustling boutique eatery has been a hit with Hong Kongers for years, but now there’s a new excuse to revisit this intimate realm of romance. Head chef James Harrison, protégé of Michelin-Starred celebrity chef Greg Malouf, brings his pick of the menu’s Middle Eastern and Greek delights to the table in a limited-edition taster menu for two. 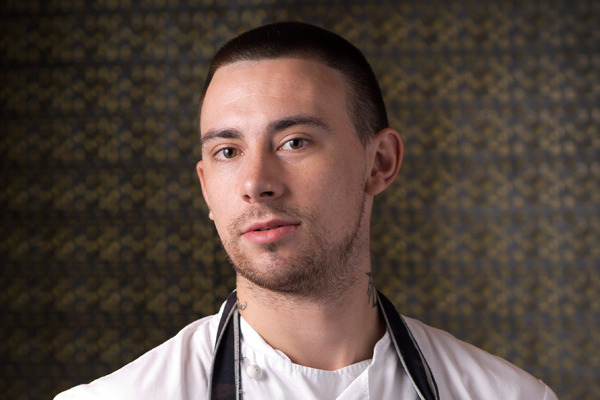 Chef James Harrison compiles his picks of the Olive menu A Middle Eastern meal wouldn’t be complete without the staples, so it’s only right that we started the night with Olive’s ever-popular Mezze Platter. Normally always a humus hound, I was surprised to find myself uncharacteristically ignoring the silky smooth, cumin-enthused blended chickpeas in favour of some seriously smoky baba ganoush. Slightly perturbed by my turncoat taste buds, I asked James what his secret is. The answer: 12 kilos of eggplant chargrilled to oblivion and turned into just two kilos of dip. That’s some serious flavour concentration! Along with the beetroot-tinted traditional pickles and filo pastry ‘Fatima’s Fingers’, stuffed with haloumi, feta, mozzarella and fresh mint, came a medley of olives, marinated for months in herbs, spices and in oil sourced directly from Lebanon. “It looks simple, but there’s a lot of thought and work that goes into the Mezze,” said James. Filling out the selection of starters was crunchy, crumbly Almond Falafel served with a wholesome lentil salad and whipped tahini yoghurt, and Sea Bass Pitta Pockets, glazed overnight with fresh squeezed pomegranate, chilli and honey. The highlight for me however was the Charred Quail, grilled to absolute perfection after being marinated for 12 hours with a Spanish/Portuguese dressing concocted out of chilli, cinnamon, lime juice and beer. 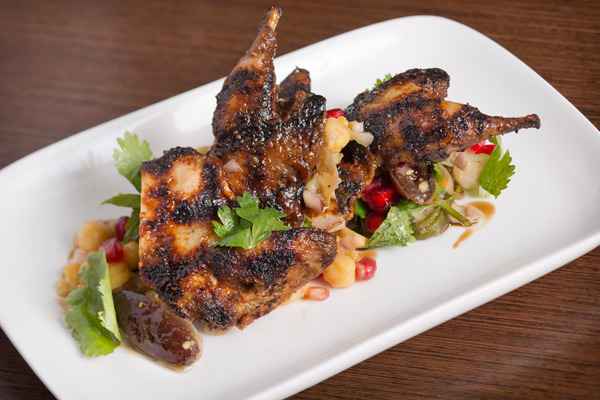 The Charred Quail was my favourite of the night
Just when we thought there was no more room for savouries, the ever-attentive waiter delicately delivered our mains, the mere sight of which gave our stomachs a new lease of life. In a possible act of self-sabotage, James has insisted on showcasing perhaps the most complicated dish on the menu - Chicken Bisteeya, a Moroccan sweet-spiced pie traditionally made with rabbit and served at family celebrations. Having previously seen noses turned up at his rabbit terrine, James explained that the chicken alternative is designed to appease less-adventurous Hong Kong diners. He insists, however, that the traditional taste and spirit of the pie have not been compromised. In a 16-hour process, the chicken is braised and shredded, with the remaining liquid reduced down into a creamy custard before being folded back into the meat to seal in the flavour. The encasing filo pastry is dusted with cinnamon, baked, scored, souffléd and finally served. “The guys in the kitchen are always wondering why they’re behind - this is why,” laughed James. Despite residing in Asia for four years, I’m still not sold on the merging of sweet and savoury flavours, so the Chicken Bisteeya did not quite hit the spot for me. I can see however that - in line with James’ master plan - this Moroccan delicacy may well provide just enough difference and familiarity to appeal to local diners looking for a tentative taste of the outside world within the comfort zone of home. 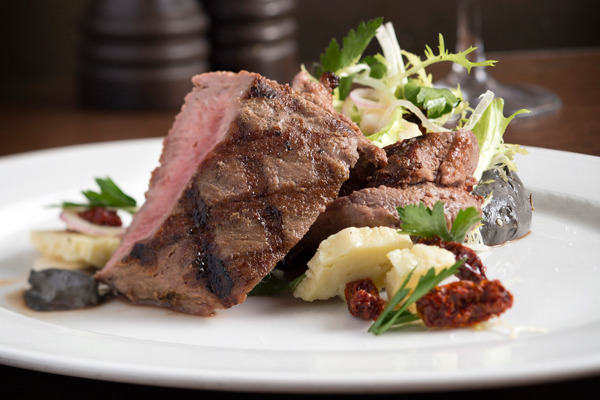 The Labne Sawda with the Lamb Loin turned out to be an acquired taste
Finally we get to James’ favourite dish on the entire Olive menu, Lamb Loin with Goat Curd and Labne Sawda, which bought the scientific and artistic to the table in equal measures. The goat’s cheese is whipped with cream and slathered on the lamb within a vacuum, whereby an osmosis effect sees the cheese seep into the pores of the meat for an intense and unfamiliar flavour. The arty part comes from the Labne Sawda - that’s fermented garlic and squid ink to you and I. As weird looking as it sounds – kind of like black oil paint squeezed onto an artist’s palette – I could not get past either the appearance or the unusual umami flavour. This is perhaps something of an acquired taste however, as my more experimentally-minded date (he's eaten eyeball tacos) couldn’t get enough, and cleaned both of our plates to perfection. 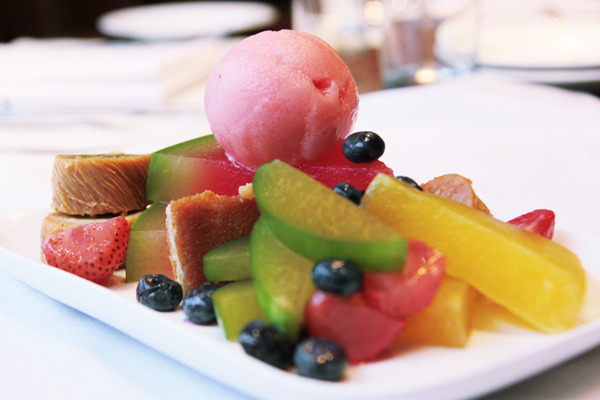 A fruit platter with a difference
After so many filling courses, we were relieved to find that the perfectly presented dessert was essentially a fruit plate. Given our experience so far however, we should have suspected that this was a fruit plate with a difference; the vacuum bag was called on once again to create highbreds of subtle seduction. Think lime-infused strawberries, Moroccan mint tea apple slices, vanilla blue berries and rose water watermelon. Those who might otherwise miss the naughty side of this course were also catered to however with a tiny taster of homemade strawberry and rose water marshmallow and traditional baklava.