Pandamonia in Hong Kong: Must their Future be Black & White?

By Localiiz 22 May 2014
share:
May 22nd 2014 By Olivia James In less than three weeks’ time, Hong Kong will receive a mass Mainland invasion with a difference, as 1,600 paper-mache pandas march on the city. Part of the Pandas World Tour, which has already journeyed through five countries, this black and white brigade will sniff out their final stop at Soho’s PMQ, but not before a whirlwind tour of the city’s most famous landmarks. Cameras at the ready! 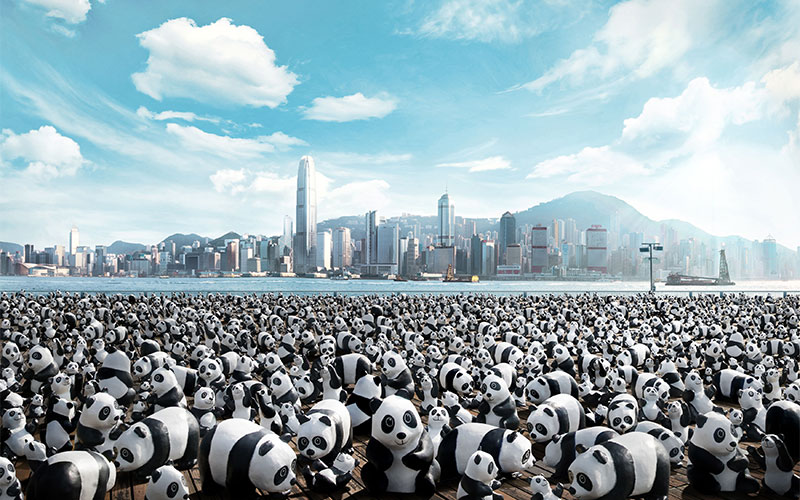 They're coming to Hong Kong on June 9th!

When you live, work and play in a landscape like Hong Kong, where the impressive achievements of humanity are reflected in every gleaming tower block, it is important to remember the plight of those for whom existence isn’t so quite so easy. While most are aware that pandas are endangered, the severity of this statement isn’t always understood to its fullest, and many underestimate the very real potential that the species could soon no longer grace the planet. 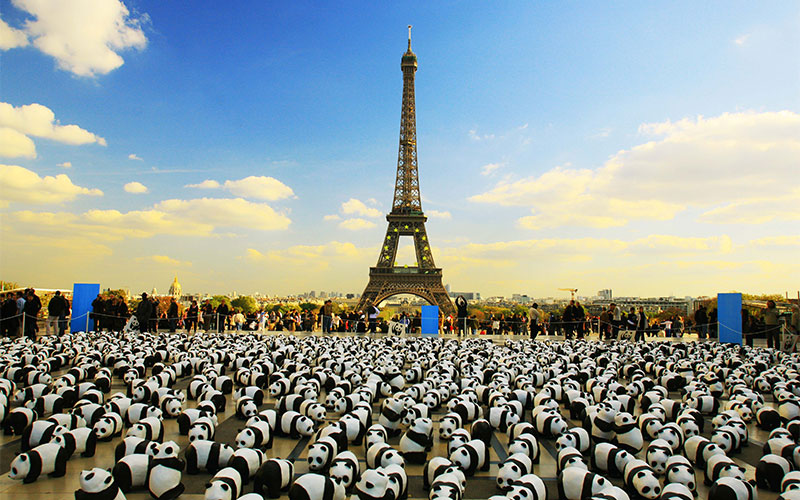 In order to raise awareness around the issue, acclaimed French artist Paulo Grangeon has combined conservation with creativity, fashioning 1,600 paper-mache pandas to represent the shockingly small number still left in the wild. Having already briefly inhabited urban jungles in France, the Netherlands, Italy, Switzerland, Germany and Taiwan, this army of cute creations is set to arrive in the city on June 9th and leave their furry footprints at Hong Kong Airport, the Big Buddha, Tsing Ma Bridge, Shatin Racecourse, the Hong Kong Coliseum, the Clock Tower and Victoria Park, as well as stopping in on their pals Ying Ying, Le Le, An An and Jia Jia at Ocean Park. 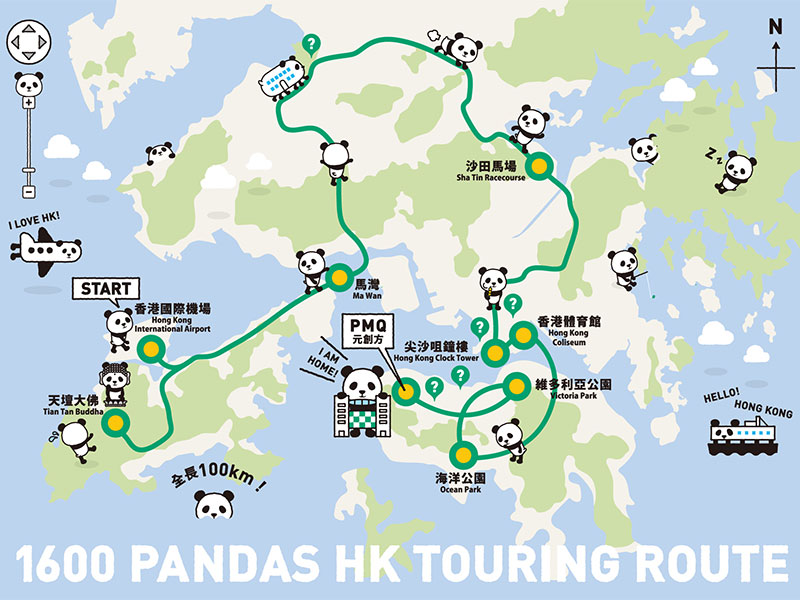 The tour, which began in 2008, will allow Hong Kong citizens to interact closely with the paper-mache pandas, an element that both creator Grangeon and sponsor WWF hopes will promote the city’s creative industry while fostering an imaginative and sustainable environment for man and nature to coexist. To celebrate the final stop on the impressive journey, Grangeon will create four more one-of-a-kind bears to join their contemporaries for a final exhibition at PMQ (Aberdeen Street, Central) towards the end of the month. So come rub shoulders with the little fellas, stop making jokes about their sex drive, and show your support for conservation!

From Station to Station: Couple Take Adorable Photographs at Every MTR Stop May 21st 2014: Hong Kongers sure love the MTR! Last year, Tim Littlechild and Chantal Shafie of RTHK's Something For the Weekend broke a Guinness World Record during their epic one-day MTR Challenge, visiting all 83 stations in eight hours and 18 minutes. Just today, we came across a whole new MTR marathon...

Human Nature - Michael Wolf is Back at it Again with 'Hong Kong Flora' May 13th 2014: When we last checked in with prolific Hong Kong photographer Michael Wolf, we dove straight into exploring his project Hong Kong Trilogy, the first of his intended series of nine books on the city's vernacular culture. To coincide with the launch of this month's Chai Wan Mei Festival, Wolf has released the latest offering, Hong Kong Flora.

Hong Kong Illustrated - Little Someone Commemorates Hong Kong with Adorable Doodles May 12th 2014: Local Hong Kong artist Syrus Kwan has created an adorable and unique way to treasure the lives of him and his friends in Hong Kong with a delightful illustration series.

Think Pink – Help Save Hong Kong’s Dolphins from Extinction April 9th 2014: On April 5th 2014, environmental groups Ark Eden, The Naked Island Project and Living Islands Movement (LIM) joined together to create an ocean memorial. In a protest against the Shek Kwu Chau Mega Incinerator, the team etched each of the 98 dolphins Hong Kong has lost since 2003 into the sand of Lower Cheung Sha beach.
To read more amazing articles on all things Hong Kong Click Here>