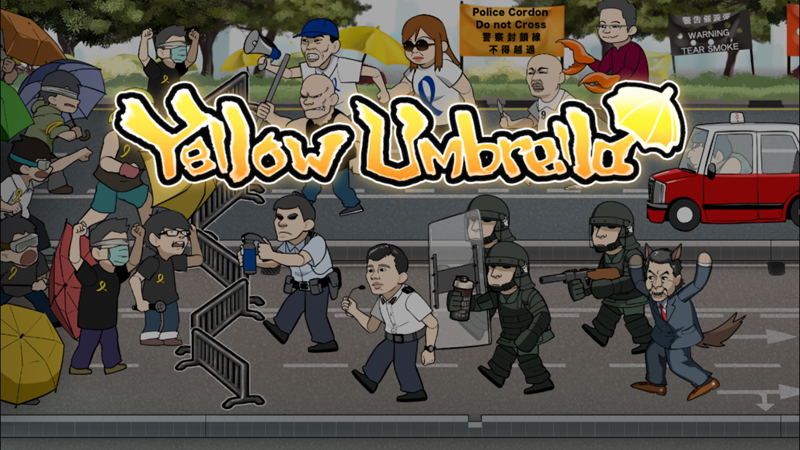 A Hong Kong based app developer has launched Yellow Umbrella, a video game where the player protects Occupy Central barricades from oncoming police officers, triad members, blue ribbon demonstrators, and even Hong Kong’s Chief Executive, complete with a wolf’s tail, ears, and fangs.
DownloadYellow Umbrella for free from the Google Play store.
Yellow Umbrella was released Tuesday by Awesapp and provides gamers with a new take on tower defense gameplay. Similar to the popular Plants vs. Zombies, Yellow Umbrella requires players to use objects to prevent enemies from advancing while strengthening defenses, in this case using umbrellas, durian, birthday cake complete with a song, and even gold bars to stop characters from tearing down barricades. https://www.youtube.com/watch?v=5wzTrAtbtKE Fung Kam Keung, Awesapp’s Founder and CEO, started work on the game last week with the help of two graphic designers. Fung said the small team created Yellow Umbrella, after seeing the violent actions from anti-Occupy demonstrators and police officers. By working around the clock over five days, the designers met the intended launch deadline, prior to Tuesday’s talk between government officials and student representatives from the Occupy movement. Fung told Localiiz that he wishes he could participate in demonstrations more frequently but for now will use his game development skills to raise awareness. “[The game] is not only for fun, but also to show our support of the students.” 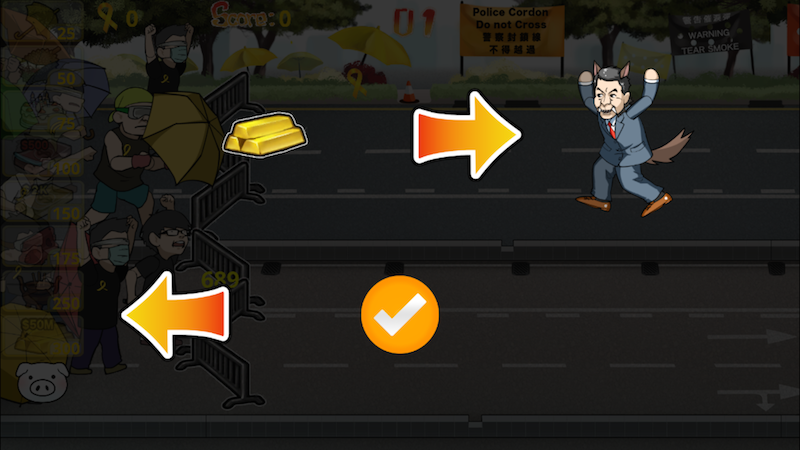 Yellow Umbrella, can be downloaded through the Google Play store and is under consideration by Apple for iOS devices. Fung expects the iOS version to be ready next week. Got anything you'd like Localiiz to share? Send us your stuff!

An exhibition dedicated to your digestive system is opening in Hong Ko...

Singapore’s Love, Bonito is coming to Hong Kong this weekend