Like many of the photographers capturing the Occupy Central demonstrations, James Yeung does not make a living using his camera. Yeung is a Hong Kong lawyer, feeding his interest in capturing life’s moments with a side business including cinematography.

Localiiz spoke with Yeung about the photographs he has been posting. We asked the solicitor what he saw as he walked amongst the crowds and what it meant to see these events in the city he calls home. This is what he told us: 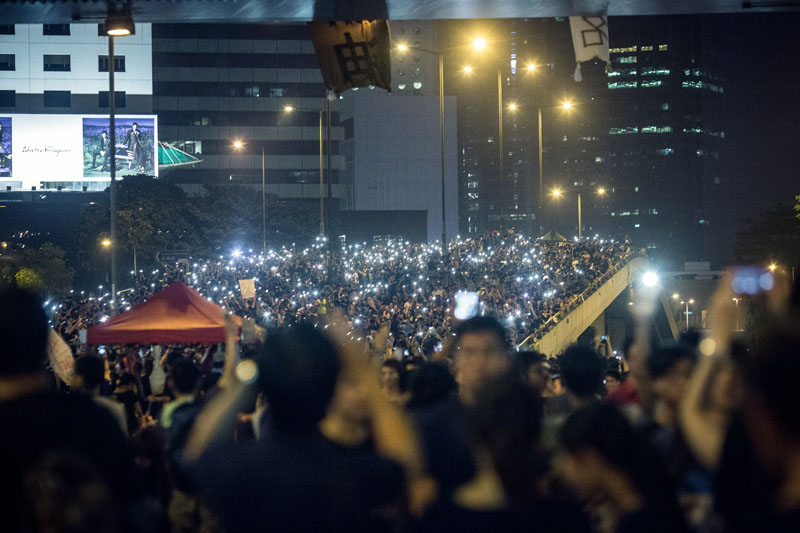 “I was not there on the first day of the protest when the Police used the tear gas and pepper spray on the protestors. Like many others, I was prompted to go out on the street largely because of that. I am a lawyer and I fight for justice. I believe the legal profession serves a crucial role in defending the justice in my city. “The protest is as peaceful as it can get. Despite the excessive force exerted on the protestors by the police on the first day, the protestors made it clear that their real objective is to demand genuine democracy promised by the People’s Republic of China. Some banners read: 'The Police are also one of us (Hong Kong Citizen). Let's fight for democracy as one'. I have even seen a banner that reads: 'If the Police is under attack by trouble makers, protect them'. There has been no sign of hostility between the protestors and the police after the first day. 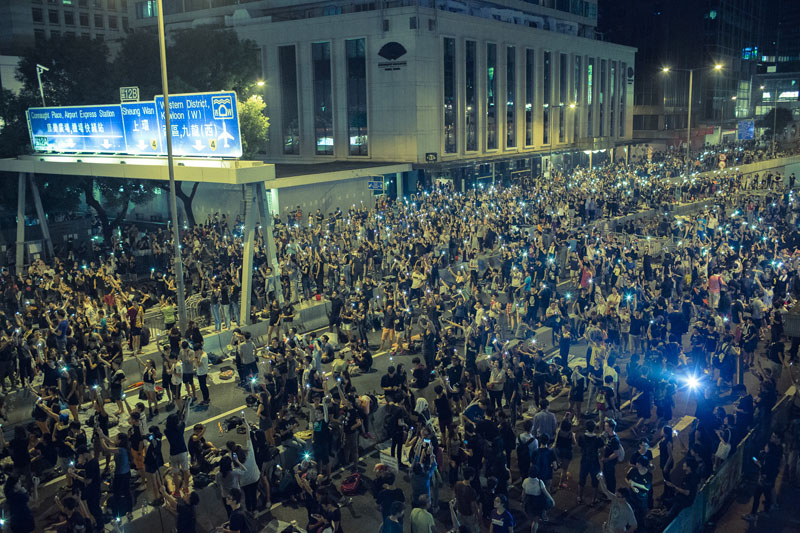 “The volunteers set up numerous first aid and supplies stations in the areas occupied. There were food, water, first aid, and masks for the protestors. I do not even have to go to the Supplies Station to get them because the volunteers were walking around and distributing them! “There were support from people from different nationalities and many of them made signs encouraging the protestors to keep it going. 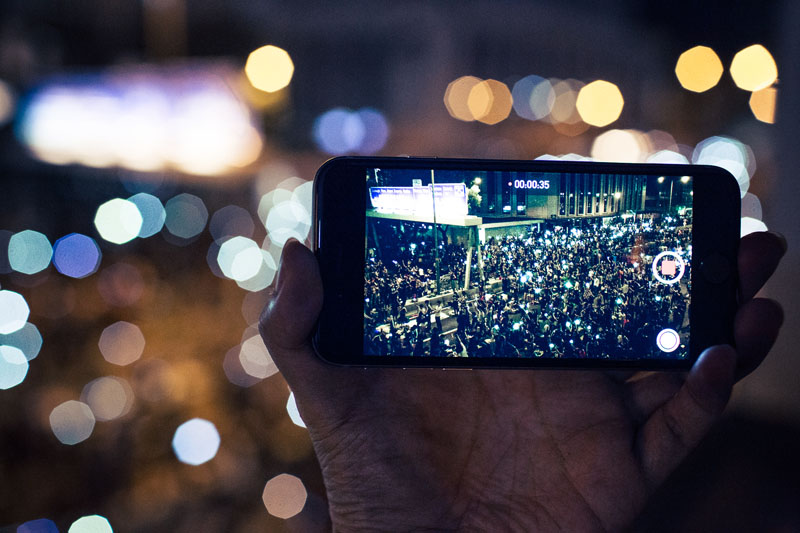 “I was totally, emotionally overwhelmed by all this. Hong Kong people were sometimes seen to be ‘cold’ in politics but through this younger generation, I see an unexpectedly large number of brave students standing up to fight for what we are entitled to - namely a democratic future. “When I saw the giant banners in black hanging from the footbridge over the highway leading to my office, I saw hope and not desperation. I have gone to the streets for three consecutive nights now and I cannot tell all those participated in this Occupy Central (or Umbrella Revolution) how much I appreciate their effort. I am sure Hong Kong has already changed for the better, regardless what is the final outcome of this movement.”

To submit your photos to Localiiz, please email them to [email protected] or tag your photos #localiiz in your social media feeds.