News in a Nutshell - March 3

By Jenny Leung 3 March 2017
share:
No time to read the news this week? No worries, we’ve got you covered. Just one minute with the Localiiz news roundup and you’ll have all you need to appear up-to-the-minute and worldly-wise when out and about this weekend - well, almost. [pro_ad_display_adzone id="73367"]

Oath to A Good Start

The Government's plan to disqualify four pro-democracy law-makers for making 'theatrical' oaths carrying political messages thankfully hit a brick wall this week. Defense counsel Martin Lee Chu-ming SC said the requirement for a solemn and sincere swearing-in emerged only after the interpretation of the city’s mini-constitution last November, meaning basically that, unless they can get their hands on a time machine, the HK Government (or, in this case, Beijing's spotty little brother), can't retroactively apply new legislation with regards to how oaths are taken. More on this story:

New People’s Party chairwoman Regina Ip pulled out of the Chief Executive race this week, saying she cannot continue her campaign work as she is far from being able to secure the 150 nominations that she needs to officially run in the race for the top job. She then spat her dummy out and said some nonsense about there not being enough votes to go around or something. More on this story:

Chief executive hopeful John Tsang Chun-wah said he quit his job as finance secretary two months ago, not just because he wanted to run for the city’s top job, but because he was “unhappy” with his work. What triggered Tsang to resign was a row with Chief Executive Leung Chun-ying over the Government budget. Tsang could not accept it when Leung insisted the finance chief should multiply the amount of new money he had earmarked for the next few years, resulting in a deficit.

To Have and to Hold(ings)

Former celebrity journalist Chan Hoi-wan became the richest woman in Hong Kong overnight this week after her husband, property tycoon Joseph Lau Luen-hung, transferred $11.3 billion worth of assets to her due to his poor health. In a surprise announcement on Wednesday, Lau transferred his entire 74.99 percent controlling stake in Chinese Estates Holdings to Chan and his son, Lau Ming-wai, due to his “very unstable health condition”.

Three middle-aged expats were arrested on Saturday after they were found to be cultivating an illegal garden in Discovery Bay. Acting on a tip, police raided an apartment in DB at around 8.30am on Saturday and seized three mobile cannabis farms, five mature marijuana plants, and 34 suspected marijuana seedlings worth $750,000. 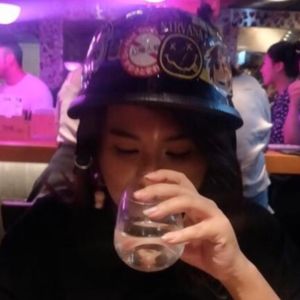