By Localiiz 12 September 2013
share:
September 12th 2013 Everyone loves Lord of the Rings, but let’s face it, there’s not enough time in the world to revisit the trilogy more than once, unless you have no job/friends. How about condensing all three epic stories into a 60 minute one-man stage show. Impossible right? Think again! 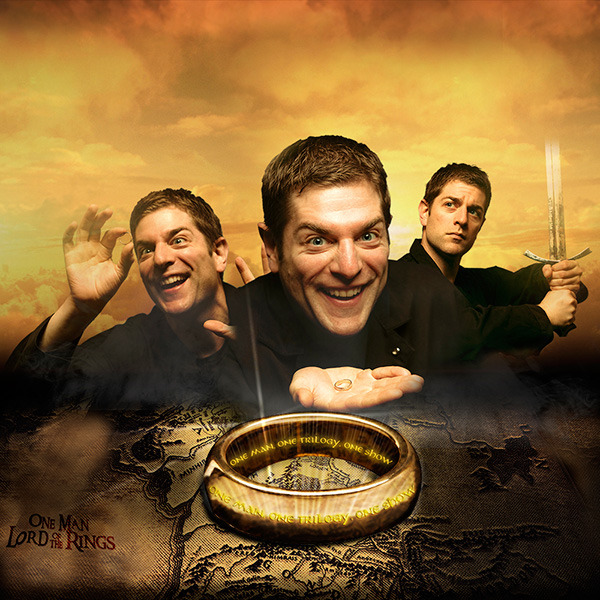 Following the success of ONE MAN STAR WARS, which took the world, and Hong Kong, by storm in 2009, Canadian comedian Charles Ross is back with - you guessed it - ONE MAN LORD OF THE RINGS. Armed with nothing but a black boiler suit, a pair of elbow pads and an overactive imagination, Ross hurtles his way through the entire Tolkien trilogy, completing Frodo’s epic journey from Shire to fire without props, costumes or special effects. The lightening-fast, hilarious show sees Ross take on the voice, ticks and overall physical presence of all Middle Earth’s enchanting characters, as he breathlessly throws himself around an empty stage. The audience is helped to recognise characters by mimed visual clues, such as an imaginary staff for Gandalf and a hair swoop for Legolas, while impressive vocal sound effects bring bellowing Oilphaunts, wailing Nazgul and grunting Orcs right into the room. Ross' fresh take on the trilogy has earned him critical acclaim around the world, not least from Gandalf himself, also known as Sir Ian McKellen. “If you liked Lord of the Rings, You’ll love Charles Ross’ version,” McKellen said.

ONE MAN LORD OF THE RINGS is hitting HKAPA’s Drama Theatre from October 1st to 6th. Enter our giveaway (running between September 13th and 20th) for the chance to win a pair of tickets to the opening night, or book tickets via HK Ticketing